Specialists from the GreenTube company continue to develop the direction of traditional slots giving the gameplay of similar products with original functions. “5 Line Multiplay” is a slot that does not have a story, but despite this, it is flawless with its simplicity and the exclusion of unnecessary details. It is these aspects that attract the attention of users. Undoubtedly, in the modern world with chaos, problems and information flows, only this game can help to relax and leave the real world. Each player can relax without assistance and without registration. 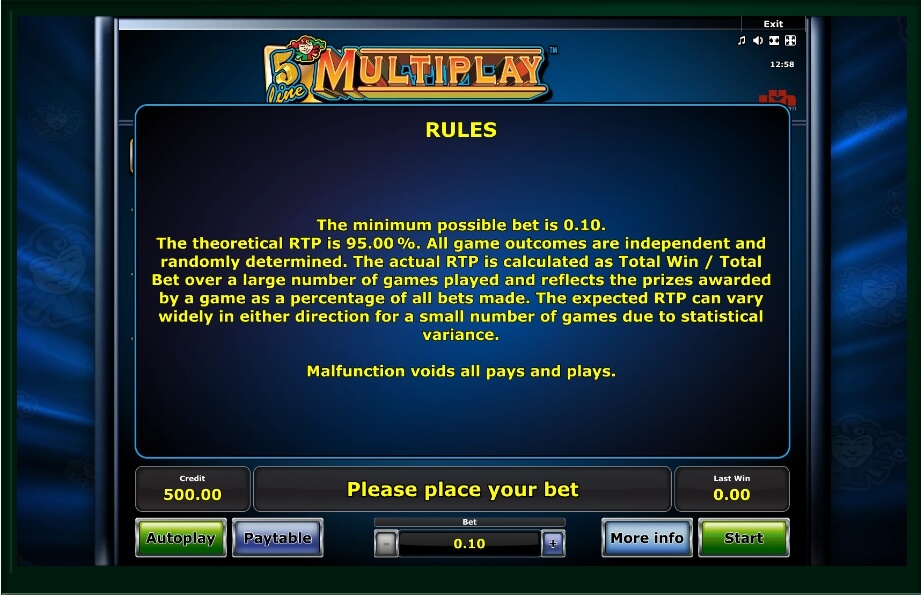 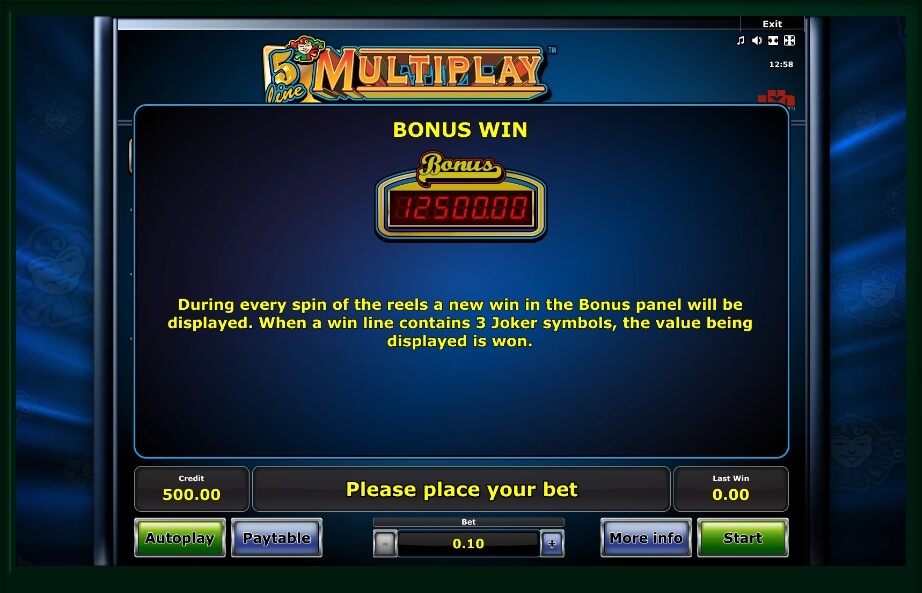 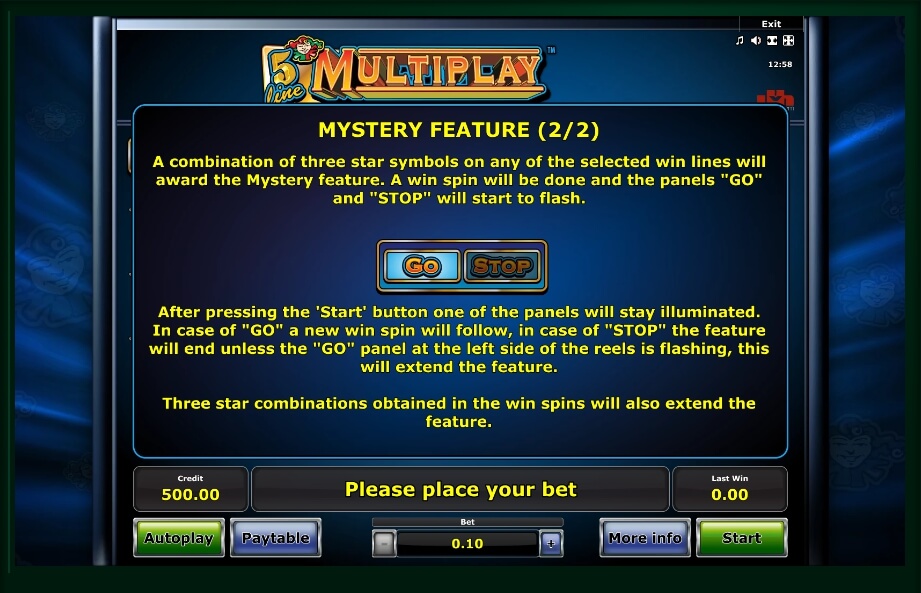 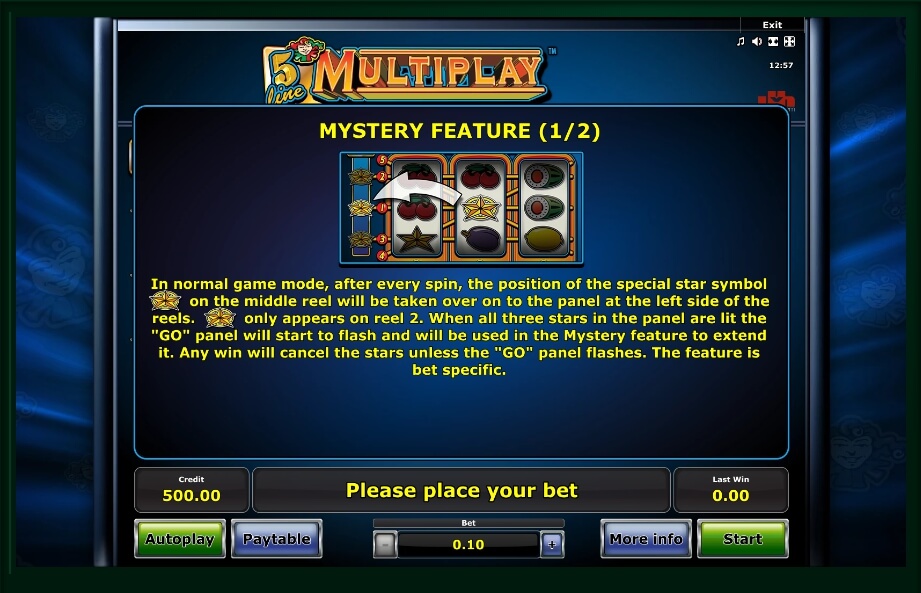 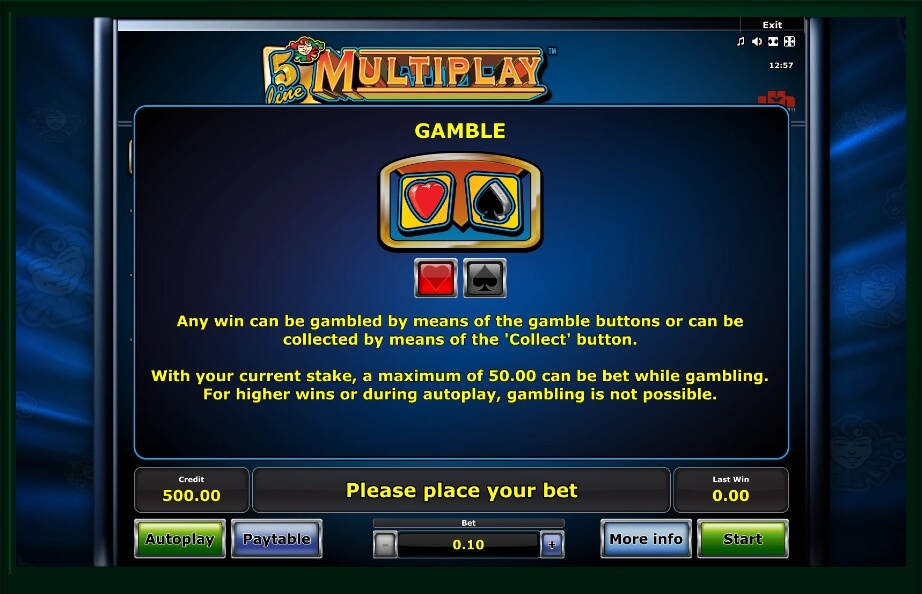 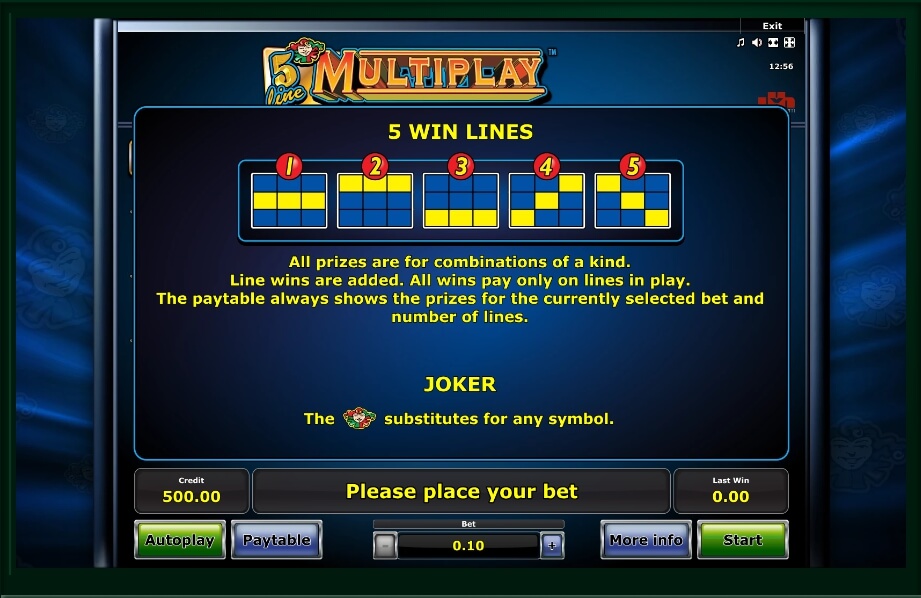 The color scheme of the gaming machine consists of “warm” colors that are not strained by sight. We can confidently say this video slot has its own style. The blue background image is harmoniously combined with all the symbols that take part in the gameplay. We can also identify the original GreenTube game for the sound effects. The developers of this company are able to surprise users with classical themes that are implemented with the help of the modern technologies. The vivid animations and 3D graphics confirm this. Three reels and 5 pay lines are available for the game. The last parameter is activated by default. Additional buttons are located on both sides, but we’ll look at them later.
A clear and easy-to-use interface does not load the player with additional functions and complex management. Only a few options are available on the main screen. The blue Paytable option will offer you to consider all game parlays and also symbols with individual coefficients. The main BET function is on the main screen. It helps to bet with additional controls. Running spins is done in the manual and automatic modes. The upper panel contains several buttons that control the secondary aspects of the slot game. The speaker icon disables sound effects. The remaining buttons adjust the screen size and graphics quality. Additional windows broadcast the results of the round. It is the next slot of this manufacturer that is dedicated to ripe and fresh fruits. The developers have combined this theme with modern animations and quality effects.

Wild is able to replace other pictures complementing any combination. It also participates in the draw of bonuses.
Bonus can also bring an additional payout called “Mystery Win”. In addition, it opens one of the additional rounds:
-Mystery Feature. Appearing on the 2nd reel a bright star is duplicated on the special panel to the left of the main screen. There are three stars. The GO button will be activated after there are three such items.
-Bonus Win. We can see the special window on the right side. Here the amount will change during each round. The range depends on the bet what the game is played on. If you manage to collect three jokers on the active line, then real money will be credited to your account. A traditional risk game is also available. The client needs to guess the color of the playing card. As a result, the payment will be doubled or canceled.