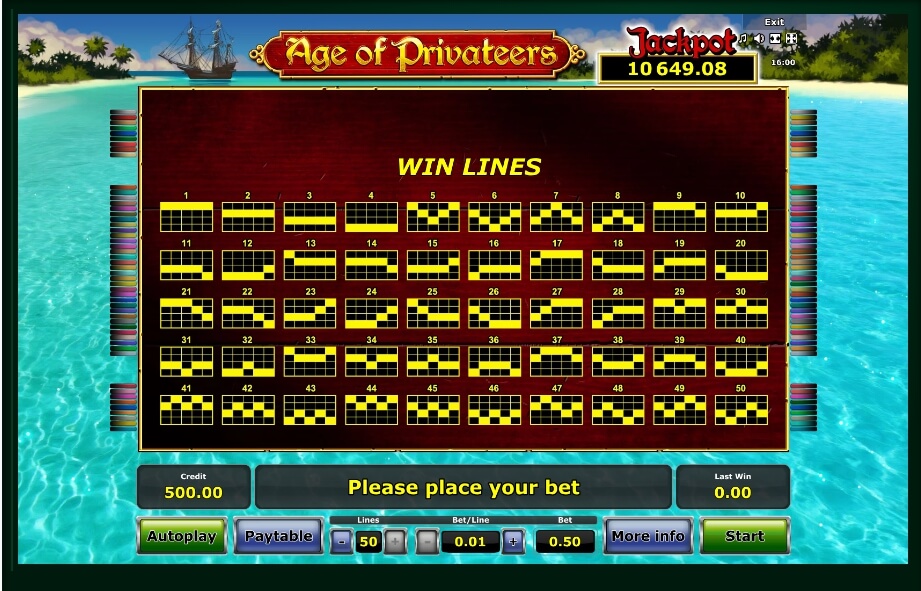 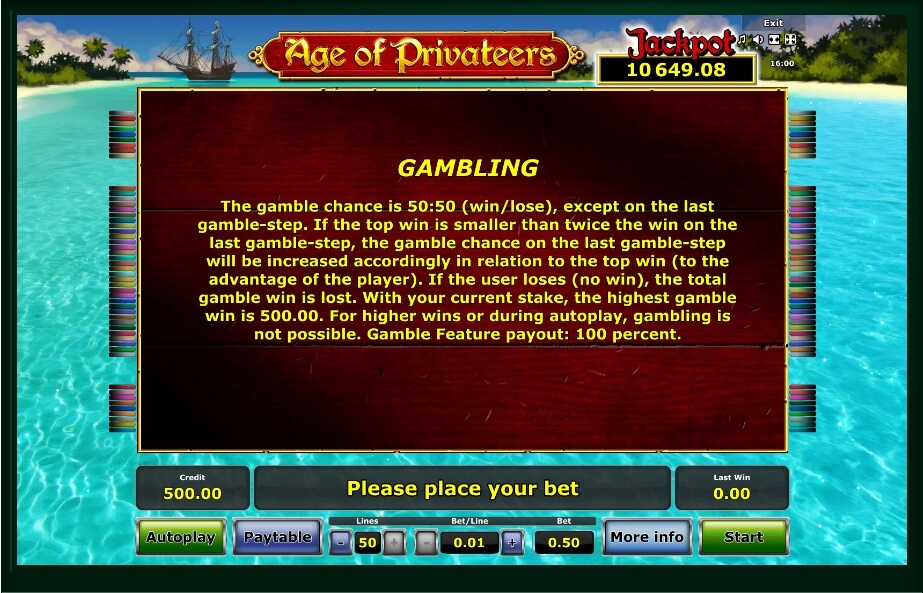 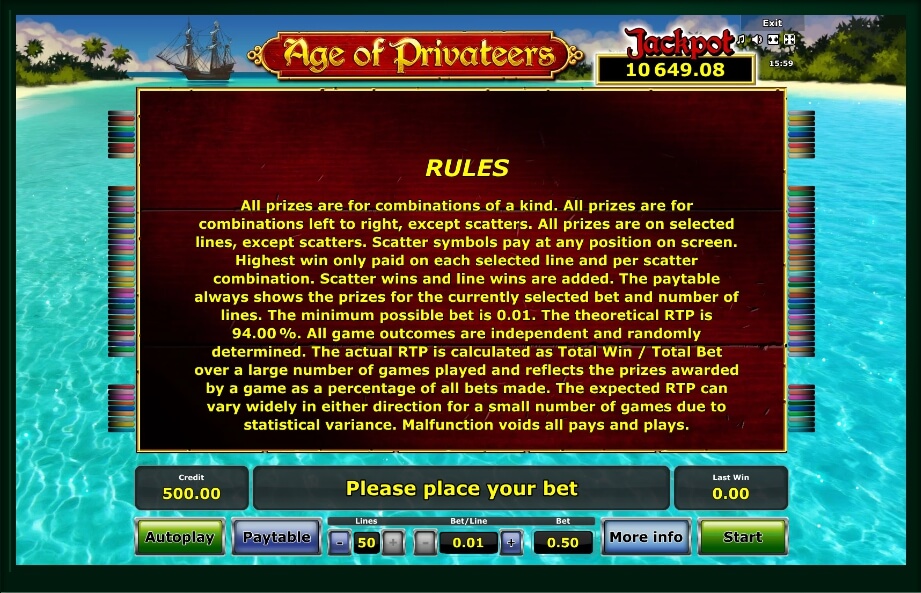 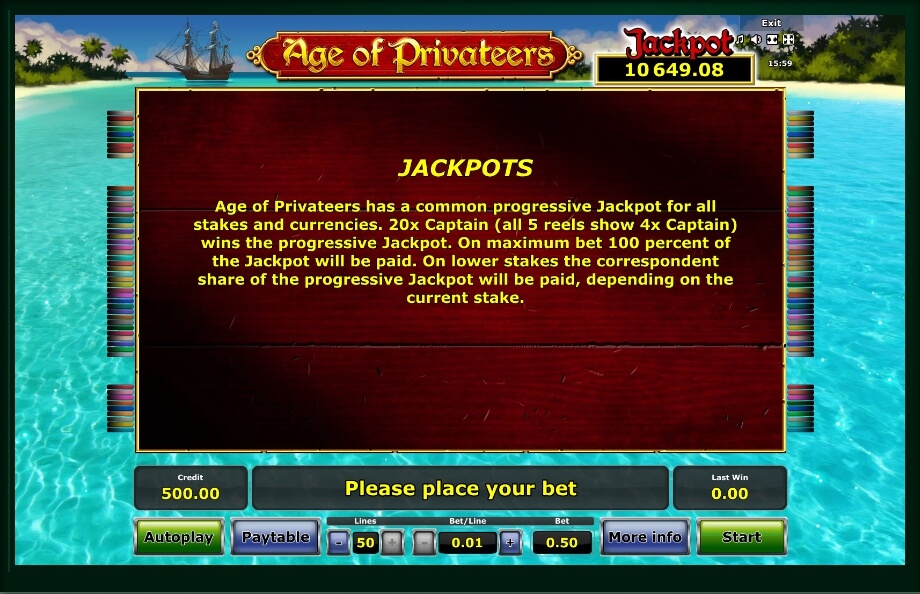 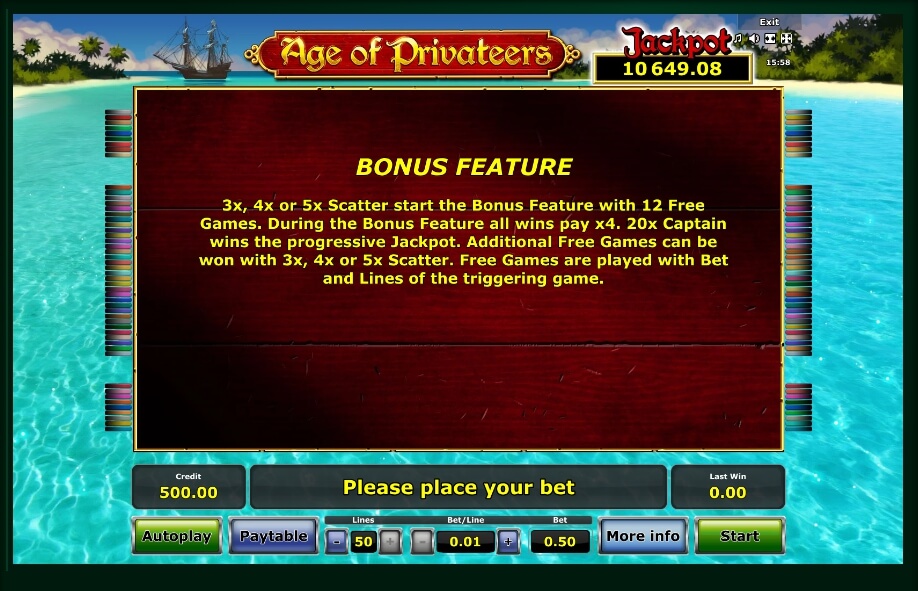 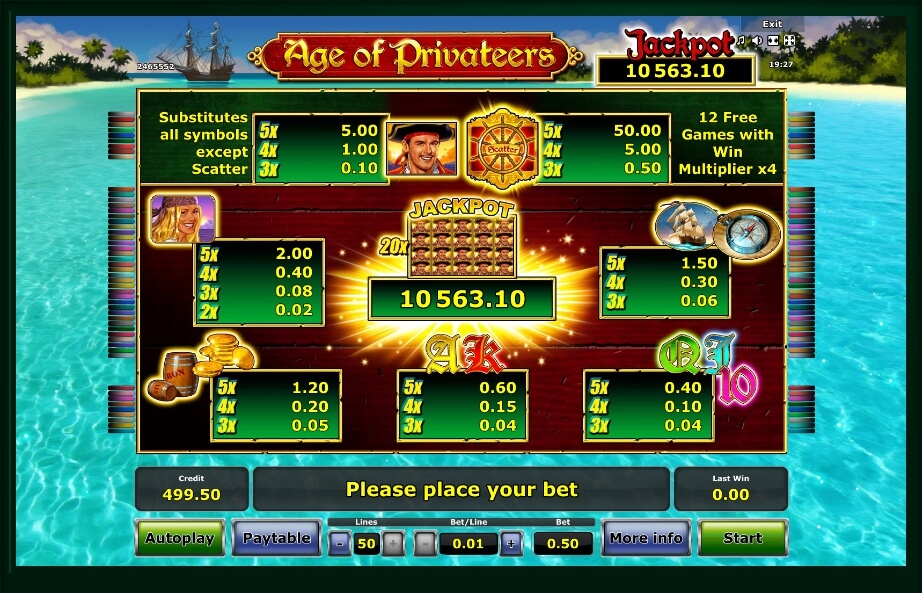 European governments often used the services of pirates in the Middle Ages. Thus, various leaders of the sea robbers entered the civil service and plundered the ships of military adversaries. Such figures were called “corsairs”, “privateers” and “privateers” in the historical documents. The developers of GreenTube have used the last term for their new video slot “Age of Privateers”. This game offers to go on a sea voyage with experienced pirates who are looking for treasures and rum. The life of these characters is filled with freedom, adventure and beautiful girls. Probably everyone dreams of such an adventure …

Pirate gaming machines are the most common among the audience of users. Every man dreamed of a big ship, an island with treasures and dangerous adventures in his childhood. Therefore, different providers give us an opportunity to return to the childhood and enjoy the amazing slots. If you like stories about sea wolves and sea battles, then you make a right choice. This slot will satisfy all the requirements of the players.
The game is characterized by the very clear and bright graphic design that is made with the help of the summer color scheme. This technique will raise your spirits and help you to plunge into the proposed topic. All the sea adventure will be accompanied by a cheerful and unobtrusive soundtrack, which volume is also regulated in the settings. Such sound effects make the game session more dynamic and exciting. The main central screen space is occupied by 5 reels and 50 lines. The backdrop describes a stunning landscape. We can enjoy a warm lagoon and also green jungle. Finally, a large ship is the main attribute of any sea voyage.
The control panel is at the bottom. You need to open the theoretical section and read the rules because the life of pirates is very dangerous. The LINES and BET / LINE buttons offer a bet and select the number of active lines per round. Now the player only needs to press the START or AUTOPLAY button to start playing. All additional settings are located in the upper right corner.

A joker can make chains on its own, but it can also replace basic pictures. Wild is used to play the jackpot (300,000). Scatter (steering wheel) is paid regardless of the location on the screen. All payments will be calculated at the general rate. Three such symbols start a round of free spins. The bet on the stake and the number of bands involved do not change until the end of the race. In addition, all payments will receive a multiplier of x4. The Gamble key suggests taking part in an interesting risk-game where the user can increase his/her last payout or consume it. This mini-game has simple rules.