Developers from the Playtech company continue to develop a line of the game models that are about the Eastern culture. Model “Bai Shi” has become another video slot of this type. The family of the majestic white lion is the main character of this model. The plot of the slot will take us to the east where this beast is considered to be terrifying and respected. It is worth noting the uniqueness of this plot, because it has not been used by the providers before. Therefore, you need to be prepared for an exciting and unpredictable adventure! 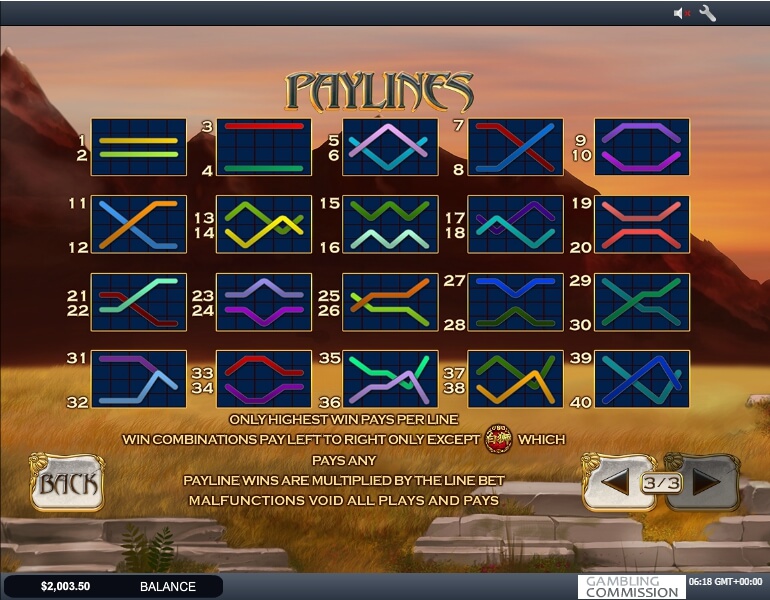 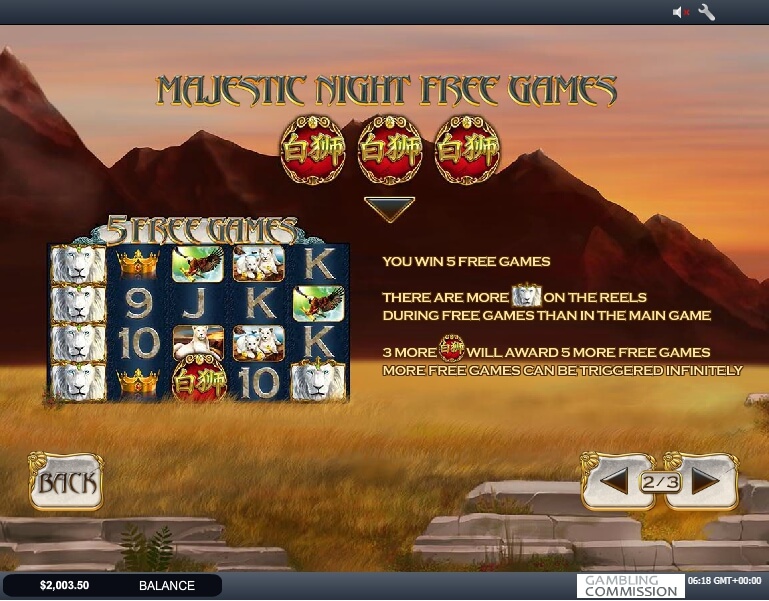 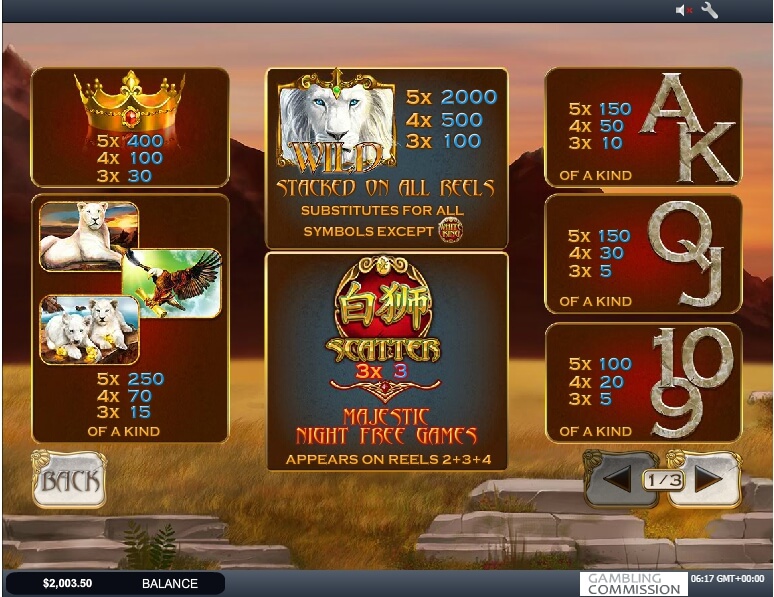 The interface and design of the slot are made in the best traditions of the bright and colorful slot machines. Lions occupy a central place in the cultures of the different countries. The inhabitants of Asia believe, that this animal belongs to the world of divine. They can’t describe the grace and power of a lion in other words. These animals wait according to their rules. So, the lioness is only caring for the children while the lion searches for prey. This manner of the behavior was transferred to the virtual world. Graphic designers used only bright colors for the decoration. The blue sky, mountains and green meadow were depicted in the background. Animations and modern 3D technologies have also been successfully used.
All game symbols will appear on the blue canvas. This technique emphasizes the beauty and color of the game symbols. The playing field (5 reels and 40 paylines) is surrounded by different scales. The main control panel occupies the lower part of the monitor. All buttons are made in the form of beautiful stones. The button labeled “info” will open additional tabs with theoretical statements. You will read information about additional levels and rules of the game process. The player needs to bet after that. This action is carried out with the help of the button “bet” and the regulators “+” and “-“. The number of lines is set in the same way. If the player would like to win the main prize by playing at the highest rate, then he needs to press the “bet max” button. The game starts with buttons such as: Spin and Autoplay. Turbo mode is also available.

Wild (white lion) differs from other pictures, so that it can replace the standard images that appear on the playing field. It appears in stripes so it can occupy the entire column. This symbol is also paid by itself. Three scatters give a prize payment and also activate the round of the “Majestic Night Free Games”. The user will receive five free spins during which the bet and the number of lines can’t be changed. But the online casino will bet. Additional jokers will appear on the screen to make up a large number of chains. The system can also offer a test mode that allows you to play for free without registration. Additional downloads are also not provided. You can see the slot game right now!