You can not play this game for free
For free slots game go
Play free
or
(21 votes)
Full screen: Report a Problem: close 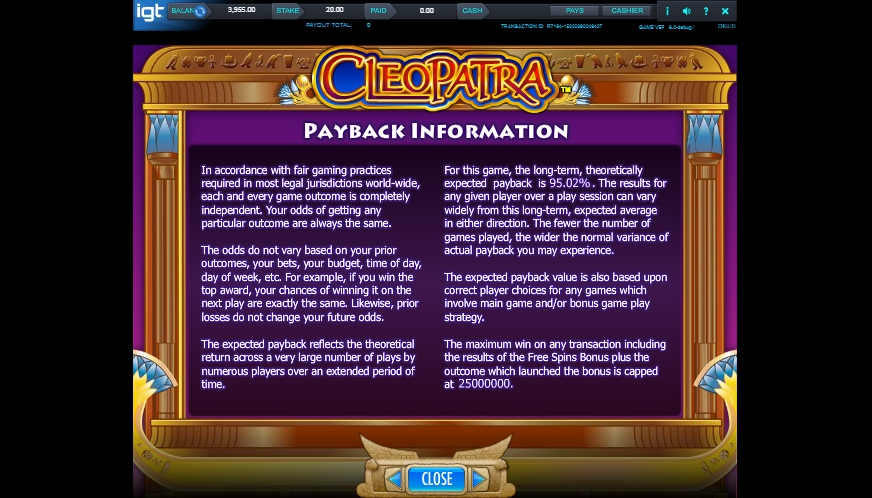 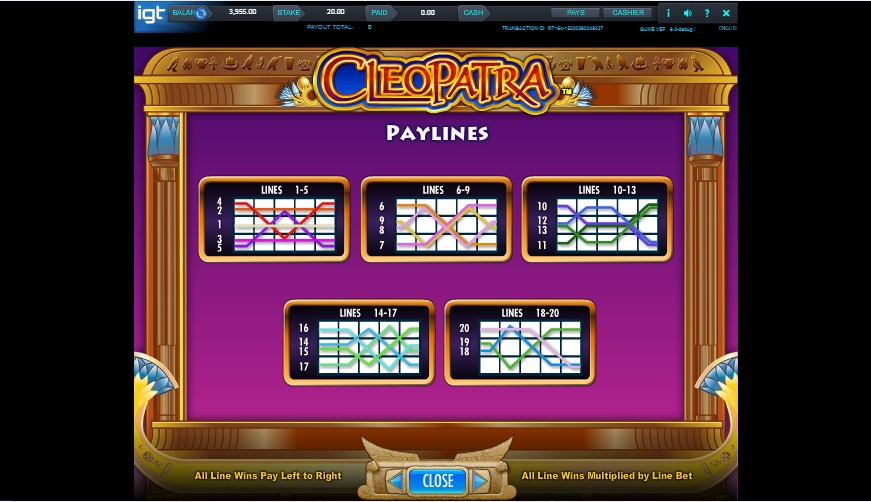 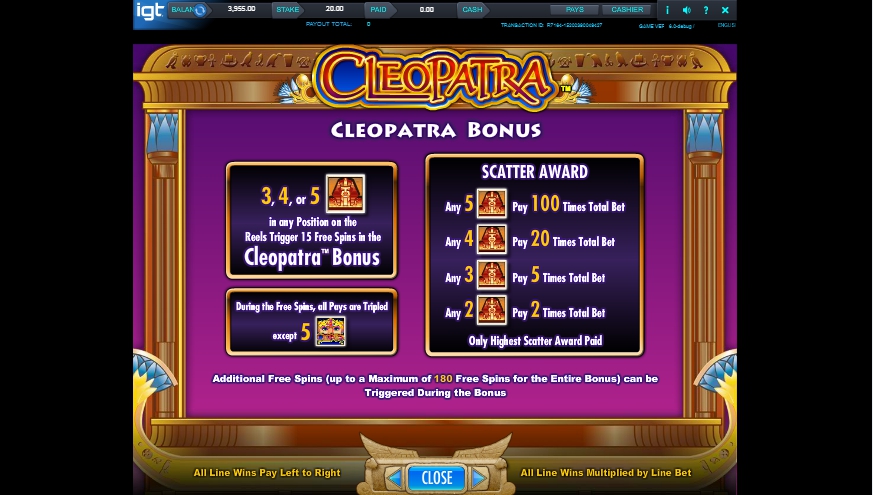 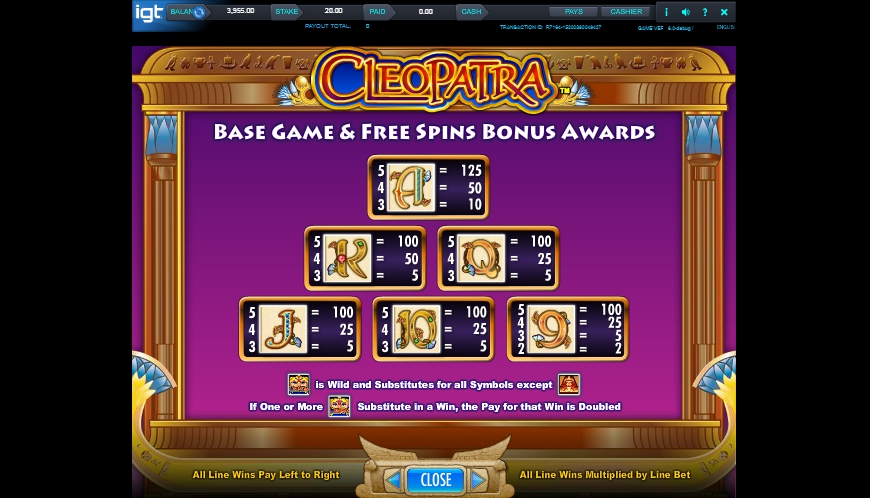 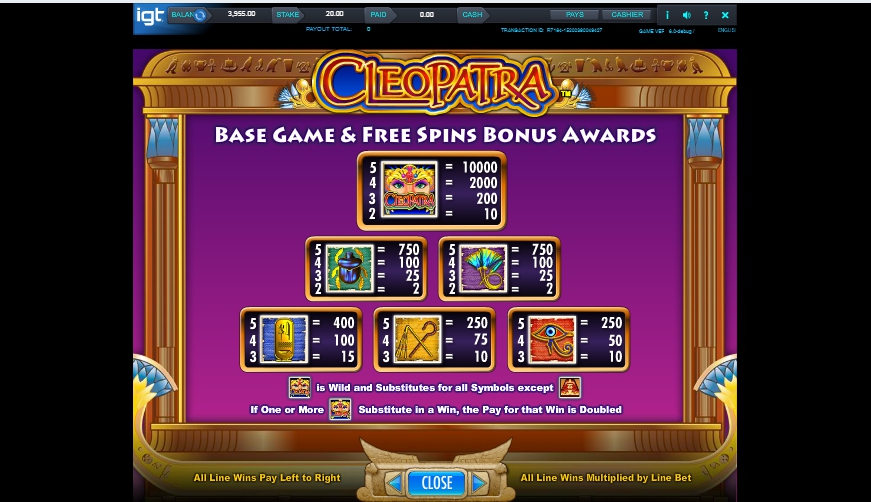 Probably, all users know that Egyptian video slots are becoming popular hits. You can find video slots about pharaohs and pyramids in the portfolio of every manufacturer, including IGT. Not so long ago, the manufacturer released a slot dedicated to the beautiful Cleopatra. According to historical sources, she was a powerful ruler who conquered the nearest countries. The game model became very popular and users demanded a new version of the emulator. IGT always listens to gamers, so today we look at the Cleopatra II video slot.

Graphic design of the slot was defined by its name. So, the user will see the traditional design for the Egyptian theme. Ancient columns, sphinxes, masks of the priests are displayed on the playing field (5 reels and 20 winning lines). Thanks to this set of characters and interface details, users will immerse themselves in the atmosphere of the game instantly. Gold color is the basis of the palette. So, the playing field is surrounded by a large golden frame with ancient hieroglyphs. All lines are marked with special indicators, so the game session will be convenient and understandable. The developers have applied 3D effects as well as primitive animations. Each rotation is complemented by a mysterious melody. Of course, the participants will meet the beautiful Cleopatra, who ruled Egypt for many years. Such a meeting will be accompanied by large payouts and various bonuses, but first, you need to familiarize yourself with the power supply.

All buttons are at the bottom. First, you need to determine the most important indicators: the number of lines and the rate. Both indicators are determined by the corresponding buttons (Lines / Line Bet). By the way, the rate varies from 1 to 5 coins per line. A large button decorated with gold elements starts manual rotations. To enjoy the Egyptian atmosphere to the full, the user needs to activate auto mode. Egypt is a mysterious and even dangerous place. If you want to win real money and reveal secrets, then you should visit the theoretical section that contains information about all the rules/payments.

Wild acts as a normal symbol making up chains with high odds. In addition, Wild replaces regular images whenever possible. In this case, your payout will be increased.

Sphinx is the main symbol of Egypt, so it is endowed with bonus options in this game. Three Sphinxes give 5 bonus spins with an additional x2 multiplier. Four Sphinx launch 10 free spins.

Collect 3 busts of the seth on the active line to activate the bonus round, where you need to explore the tomb and find payouts.

As you can see, the bonus section of Cleopatra II was upgraded by developers, so the game became very popular, like its predecessor.