You can not play this game for free
For free slots game go
Play free
or
(18 votes)
Full screen: Report a Problem: close 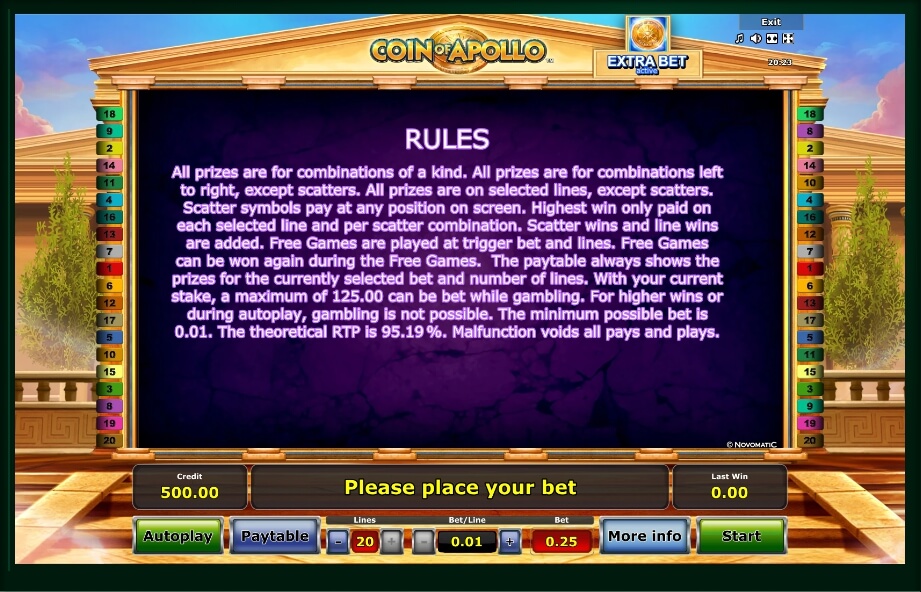 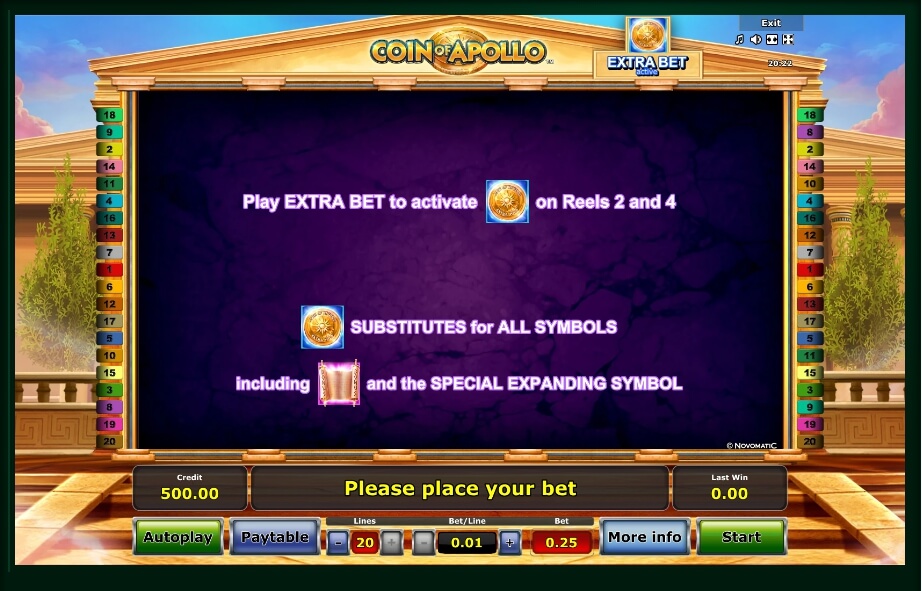 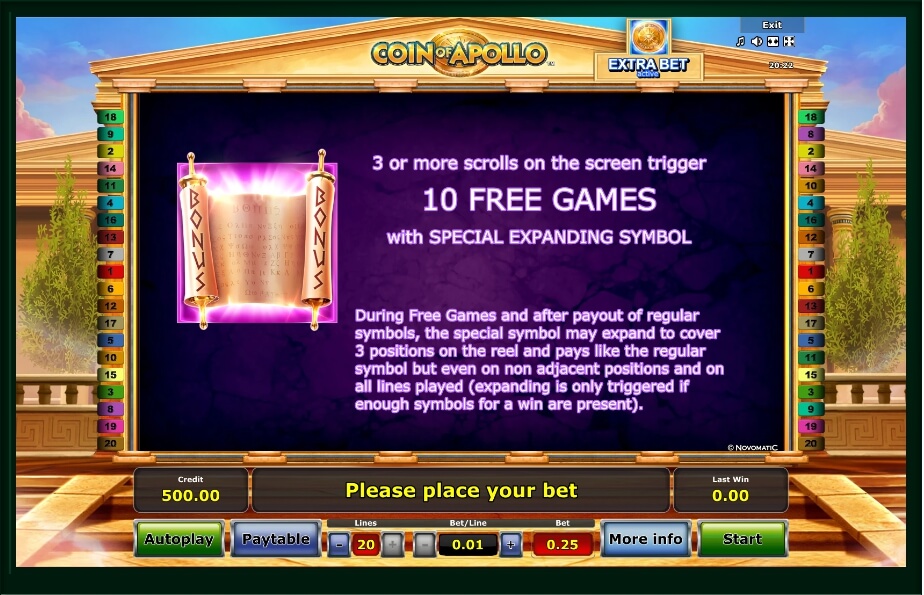 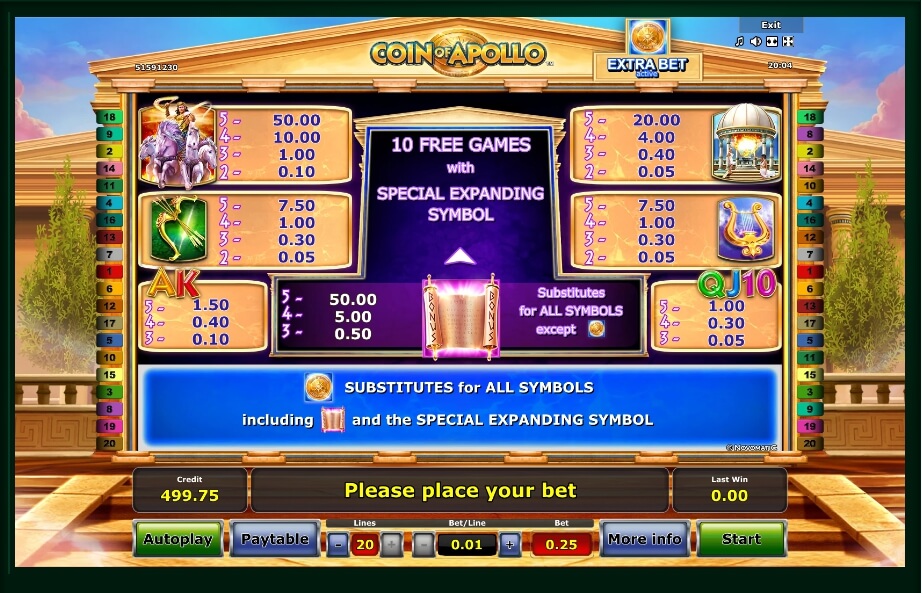 It is no secret that the Novomatic Corporation produces exceptionally high-quality products that always take the lead. This time, the company’s employees released a model based on the ancient Greek myths about the god of the sun. According to local legends, the sun rises only after Apollo races across the sky on his chariot. It is worth noting that this is the first slot that is dedicated to this god. The developers have made every effort to transfer users to the sacred mountain where all the powerful Gods live.

Ancient Greek mythology is incredibly rich in interesting characters and events. Creative developers from the Novomatic Company could not ignore the idea of ​​creating a story machine that tells about the powerful God of the sun. With maximum effort and imagination, the producers managed to transfer the client to the sacred mountain and show the life of the Gods.

With the visual design of branded slots, Novomatic never had problems. This time, the emulator surprises with incredibly beautiful, fabulous and high-quality design. Opening the game, the user will be on the sacred Olympus where the sky temples are depicted. Against the backdrop of such a landscape, there is a playing field with 5 reels that are surrounded by colored plates. These cells correspond to all 20 active lines. To learn about the life of the Gods, the participant should study the paytable that describes all the symbols and their coefficients. To do this, click on a blue button labeled “paytable”. After this, the competitor can bet using the “Bet / Line” function. The number of active lines per round is set by the corresponding button. To activate the gaming session, the player should press the SPIN or AUTOSTART button. All indicators are broadcast in the corresponding windows. To expand the abilities of the client, the developers added the custom settings section. With their help, you can adjust sound effects as well as the quality of the display. After the player has won real money, it is possible to use the Exit button.

Bonus (scroll) combines the functions of the joker and the scatter. It pays in any cell and can also replace other pictures in chains. In addition, 3 such elements activate a level with prize rotations. Within ten free spins, the bet for the customer is made by an online casino. The amount at stake and the number of active lines is not changed. Before the start of the round, one character is randomly selected and can be expanded. The golden coin is an extra wild icon that as usual can replace standard images. After the paid chain appears on the monitor, the user will hear a characteristic sound. After that, the “gamble” button will blink, which suggests increasing of the payment several times. Here you need to specify the color of the playing card correctly.