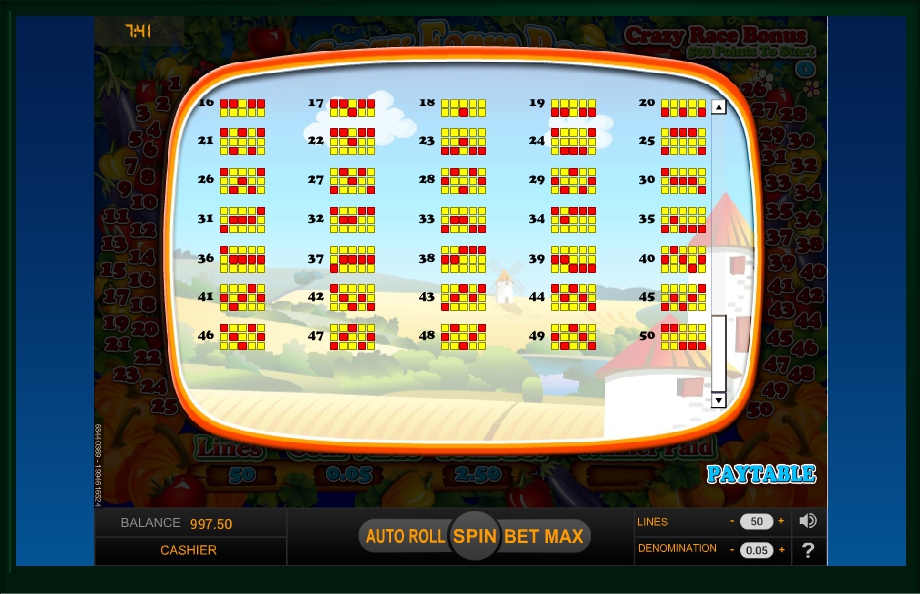 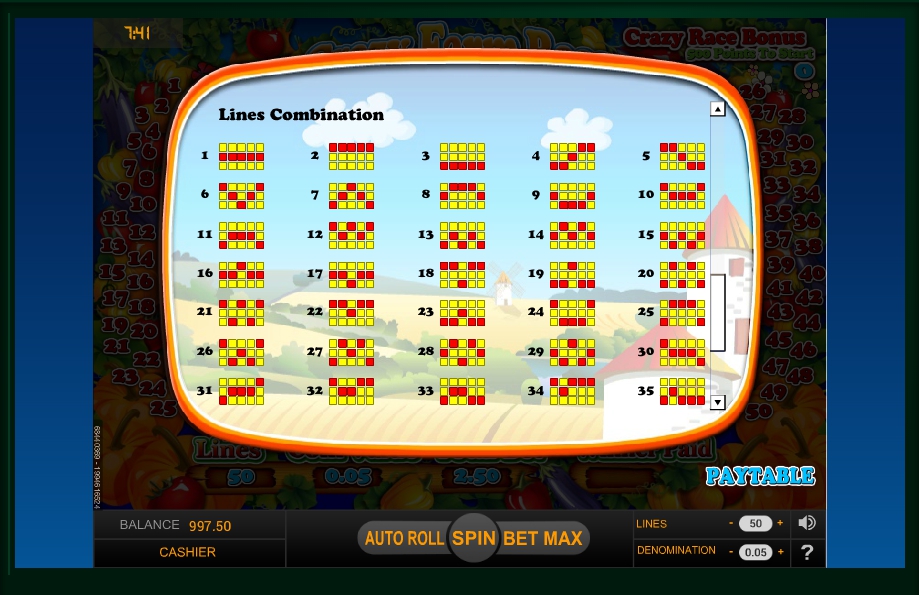 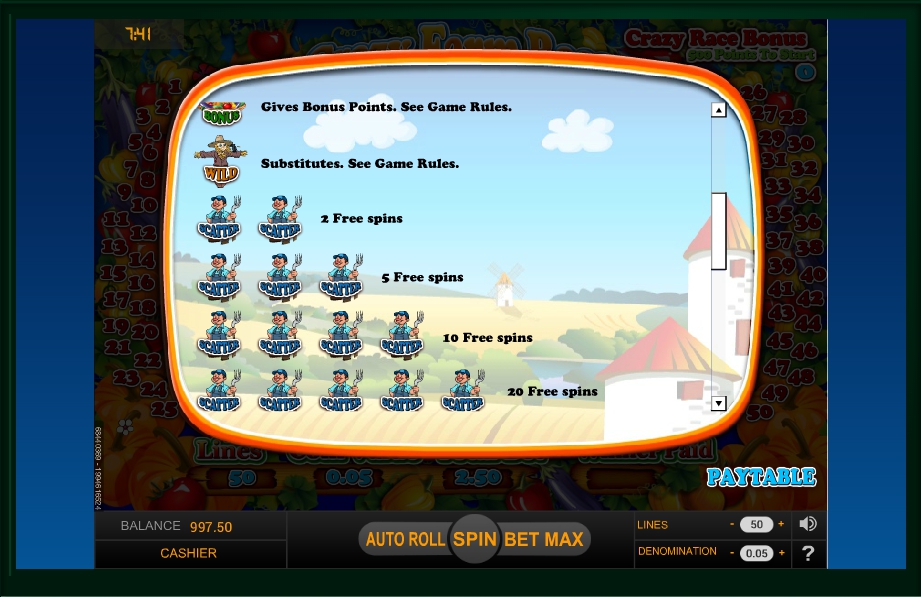 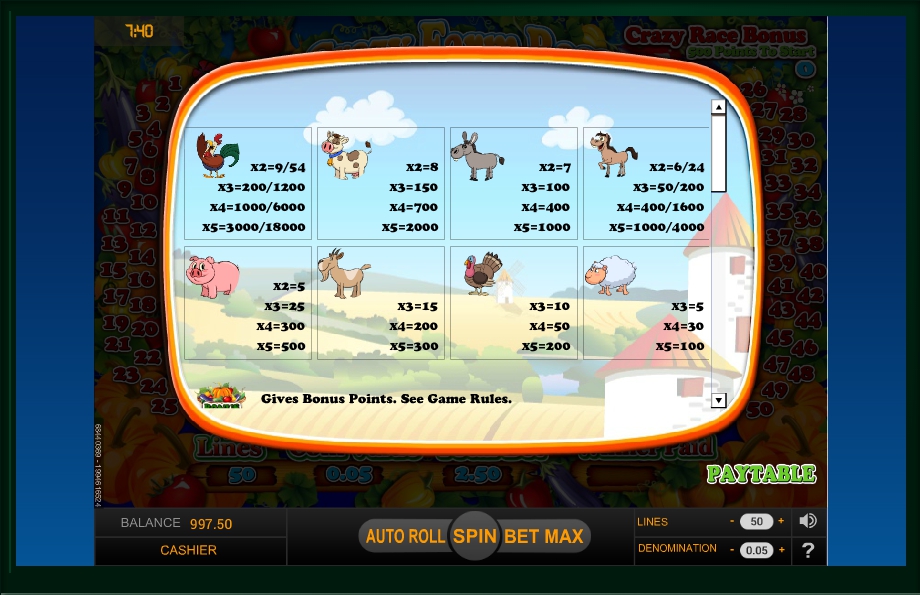 Crazy Farm Race offers a tour to the farm, allowing to observe the life of pets. According to the story, the animals compete in their spare time, arranging races. That’s where the name of the game came from. Among the inhabitants of the farm, you will meet a rooster, a donkey, a cow, a horse, a pig, a turkey, a sheep, a freshly harvested crop and a scarecrow. The farmer runs the farm.

As a rule, you need to choose a number of playing lines and a bet size per line to start the game. Don`t forget to set the desired value of the coin. In addition to simply launching drums and free spins, a player will enjoy the bonus game. Collect 5 bonus symbols to play it. During the bonus game, you shouldn`t fall down. Each symbol of the harvest brings 100 points to your account. Collect 500 points and take part in the races. At the first stage, there will be two participants. Choose your runner and follow the rules. When a player collects 1000 special points, he is sent to the races at the second time. The second race means four participants. The more likely your choice is, the more points you receive on your main account.

The slot machine is extremely bright, which makes it really positive. The game field is made as a screen in the screen. The background of the first one is full of bright pumpkins, peppers, crocs of cucumbers, tomatoes, eggplants and carrots. In general, it contains everything that can be found in the garden every autumn. It creates an atmosphere of special cosiness and warmth. There are 5 reels on the inner screen.

Behind them, the endless fields of wheat and the blue cloudless sky are possible to be seen in the background. In addition, during the game process you can find there blooming flowers and fluttering butterflies. It seems that they are about to fly through the monitor. The game has 50 lines, which is as many as prize combinations. You can control them in the “Table” section. Furthermore, each symbol is payed. Adding a certain combination, the symbols begin to animate. Background music sounds uninterruptedly, but during the rotation of the drums it accelerates, becomes funny and rhythmic. The selected lines, the value of the coin, the bet on the game and the win is located under the reels. The table of payments is separate. The game controls with the help of the buttons located there.

Several additional games that can equally cheer a player are also available. As soon as at least two roosters fall on the screen, the user is transferred to the scratch game. This is an instant lottery where you need to open chips. The more portraits of the cock you can open, the more the amount of the winnings is multiplied. As soon as another animal is discovered, this round ends up. Another additional game is launched when the symbols of the horse appears. You become a participant in another race, where you need to ride the serving horse. The more obstacles in the form of a haystack it leaps, the greater the amount of winnings is.