The search for treasure always involves dangerous adventures. If a person is not afraid of difficulties, then he/she will like a stunning model called “Daring Dave & the Eye of Ra”. The slot machine is created based on the film about Indiana Jones, who, despite any obstacles, tried to finish his journey successfully. In the center of the story there is the archaeologist Dave who went in search of treasures to mysterious Egypt who was beaten in a variety of slot machines. Of course, the Playtech corporation does not lag behind competitors and has also created a terrific slot about the Egyptian exploration. 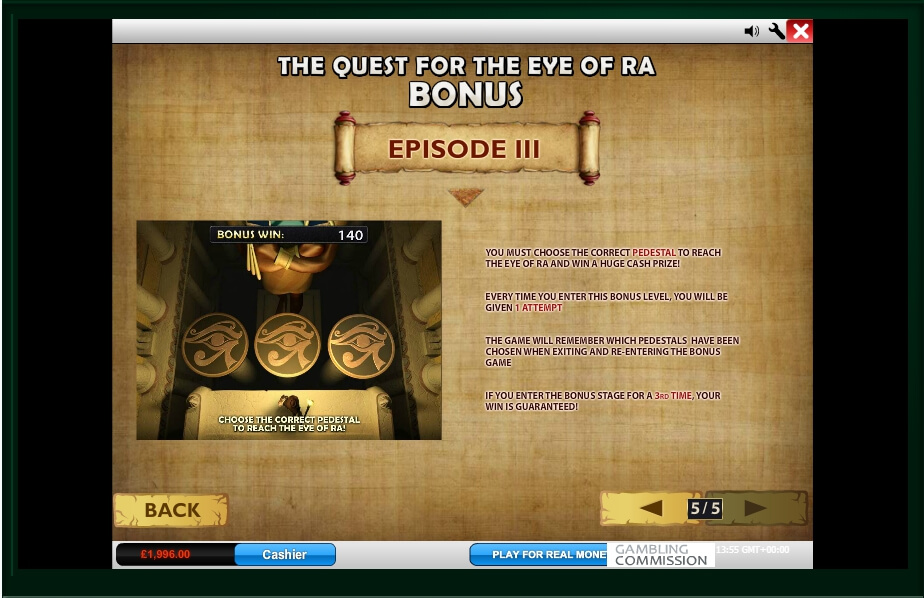 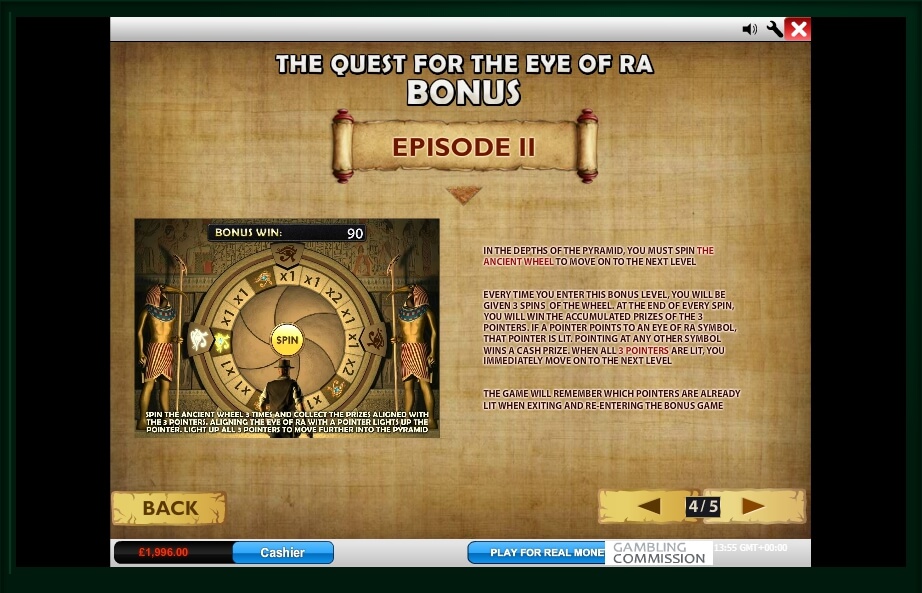 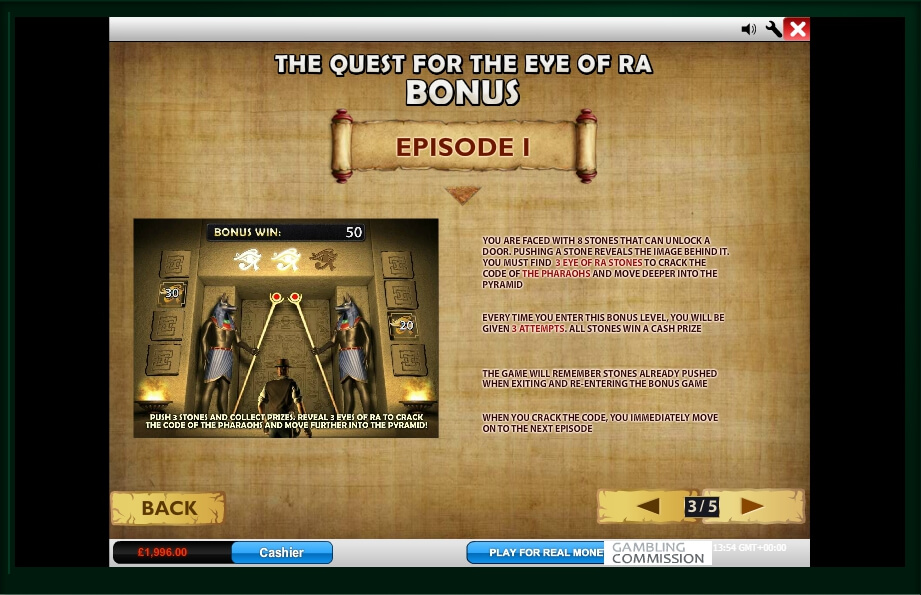 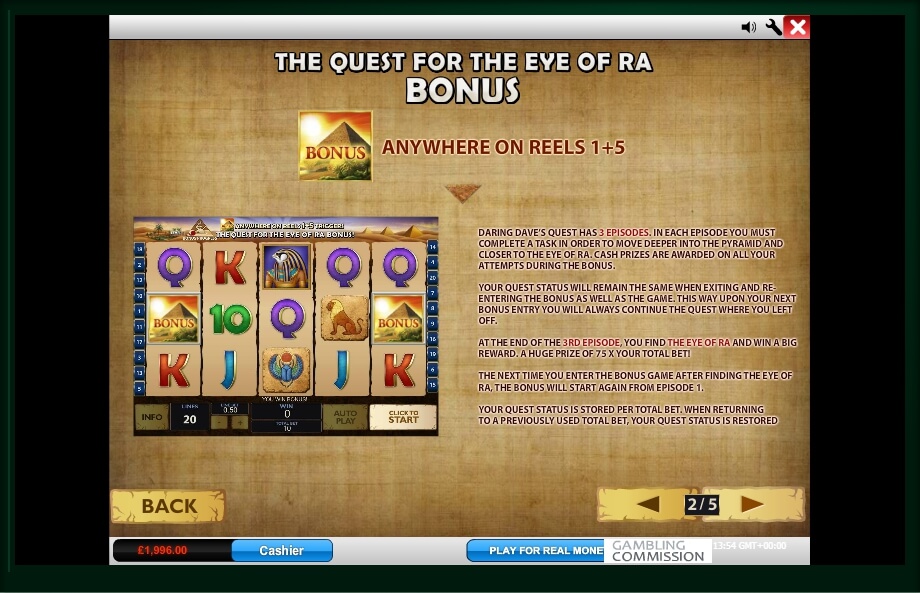 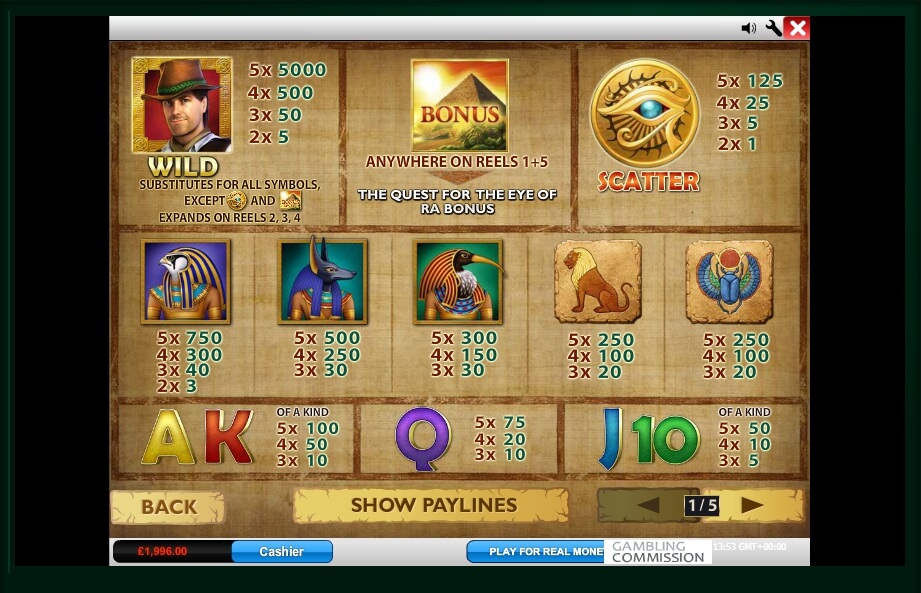 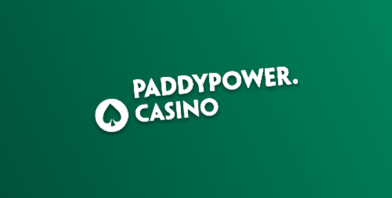 The action plot is set against the background of the African landscape. The yellow shade prevails in the design and since it is the color of the sun and sand, the user will never forget about the main plot of the slot machine. With its visual content, the slot machine stands out among the analogs who also talk about amazing Egypt. The presence of special and standard thematic symbols contribute to the exciting game, musical accompaniment will pleasantly surprise even experienced participants. It is worth noting the 3D effects and annulations that were competently used by the graphic designers.
The central part of the monitor is occupied by the playing field that consists of 5 reels and 20 prize lines. At the top there is a logo and also a beautiful landscape that describes the desert. Here we can see the majestic pyramids and also a small oasis. The control panel is at the bottom of the screen. The player cannot change the number of prize lines so he only needs to bet on the round. This action is carried out using the BET key (from 0.20 to 20 credits per line). Before starting the spinning in the manual and automatic modes, the participant must visit the theoretical section. Here, the developers have placed the paytable and the general rules of the gaming machine. The additional settings suggest that we turn off the sound effects. Fortunately, the programmers did not add unnecessary features that would be distracting from the game. Here everything is simple and understandable.

Wild not only forms chains according to general rules, but also replaces any other images. Bonus appears only on the first and fifth drums. When it happens during one spin, an additional round begins called “Daring Dave’s Quest”. This bonus consists of several stages:
During the first level, the client will be in front of the big stone gates, on both sides of which are pictures. Here, the client can choose three of them, and each will give a payment of a certain amount. The main task is to find the three eyes of Ra. When you succeed, the gate will open and you will go to the next stage.
At the second level, you need to spin the wheel that indicates the payout rates and several images with an eye. On three sides of we can see the same signs. They light up when identical images on the wheel stop in front of them.
In the final episode, the traveler will be in the hall, where there is a valuable artifact. You can get to it if you choose the right pedestal. In this bonus the main prize is 250 thousand.