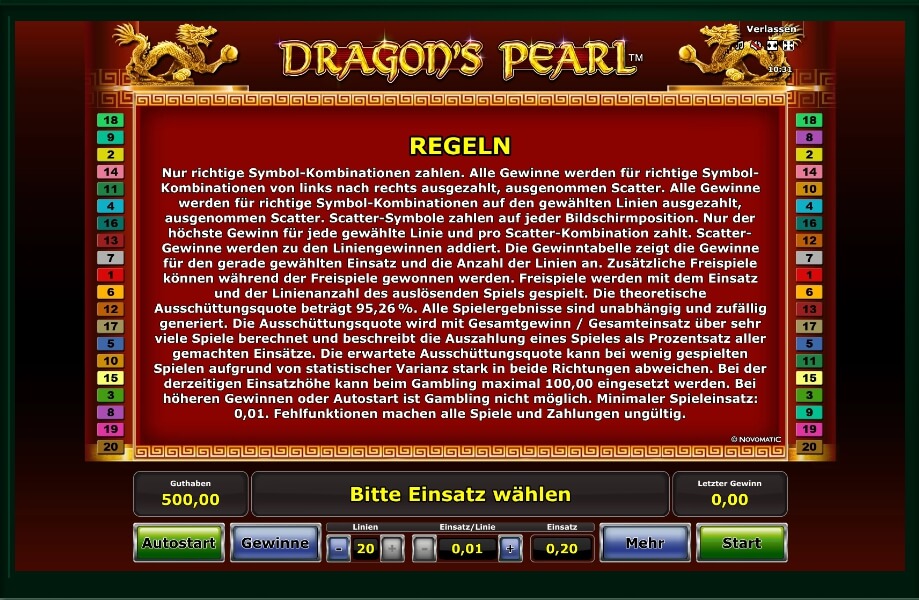 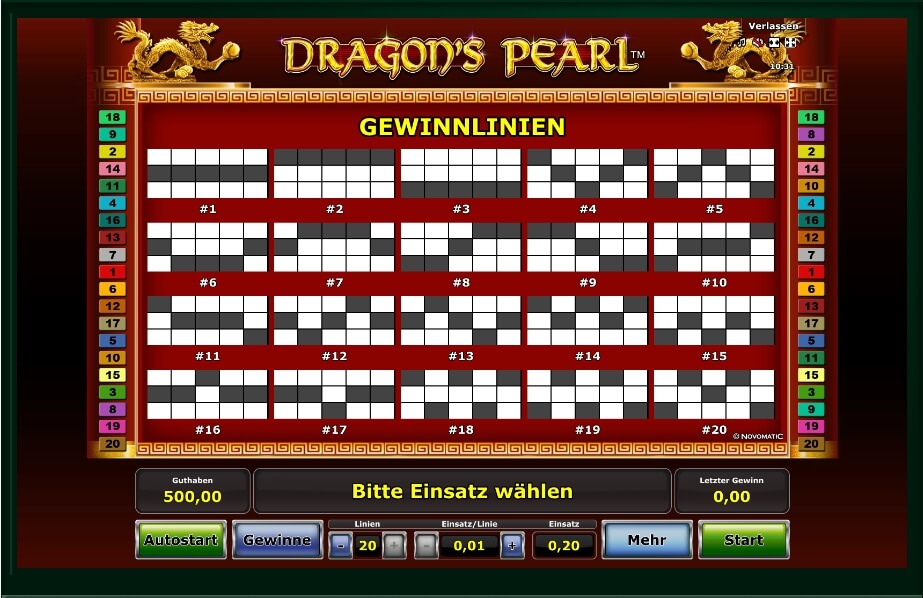 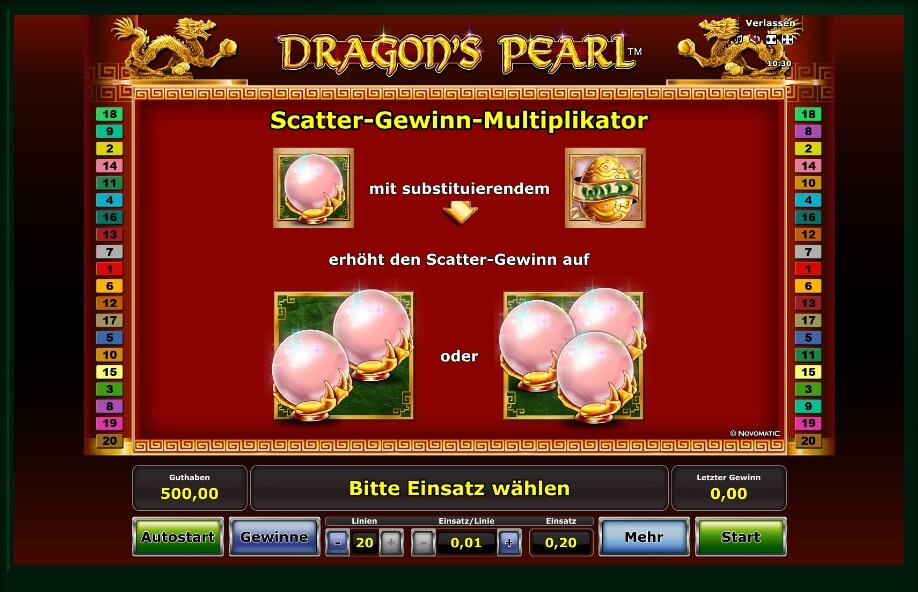 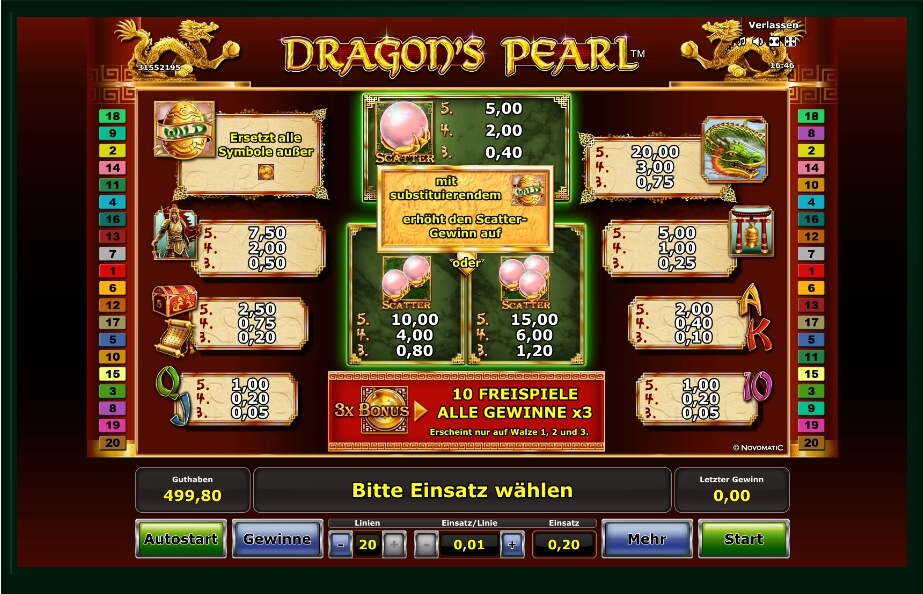 Pearl diving is an ancient trade in the southern Chinese provinces, accompanied by risk of the death and possibility of huge profit for finding big pearl at the same rate. No wonder that pearls in the Asian culture often symbolize both wealth and chance. On the other side, dragons in Asia often also symbolize combination of risk and prosperity. No wonder, that combination of pearls and dragons that we see in Dragon’s Pearl makes a great theme for the gambling game, especially for an online slot machine. In order to make everyone able to test their luck and try to win real money, this game needs no downloading and requires no registration.

There is the autoplay feature in this game, but no stop conditions can be applied to it, it can only be triggered on or off manually by hitting the “Autoplay” button. The game field is decorated with two golden dragons, sitting in the top left and right corners. The reels are decorated to look like the Chinese scrolls. Among the paying symbols there are a deck of poker cards from Tens to Aces (decorated with hieroglyphs), a Chinese scroll, a treasure chest, a Chinese golden bell, a Chinese hero (apparently, a dragon slayer) and a dragon head. When any symbol takes part in the winning combination, the small animation is played on it (mostly, they shine with golden glow and move).

Just like all other recent GreenTube slot games, Dragon’s Pearl features “Gamble for your Win” system that allows players either to collect their winnings right away or to gamble in order to increase it by playing the “Guess the card color” mini-game. Additionally, there is a wild symbol, depicted as golden egg, that substitutes for all symbols except for scatter and special bonus symbols. There is a scatter symbol in this game that looks like a single pearl.

When scatters are combined with the wild symbol, they are randomly turned to one of two another scatter subtypes – one of them is scatter with two pearls that pays twice more than regular one, and the second one is the scatter symbol with three pearls that pays three times more than regular one. Finally, there is a special bonus symbol that can only appear on the first three reels, and when it is found on all three of them, it awards the player with 10 bonus rounds. The X3 multiplier is applied to all winnings that are won during these free spins.