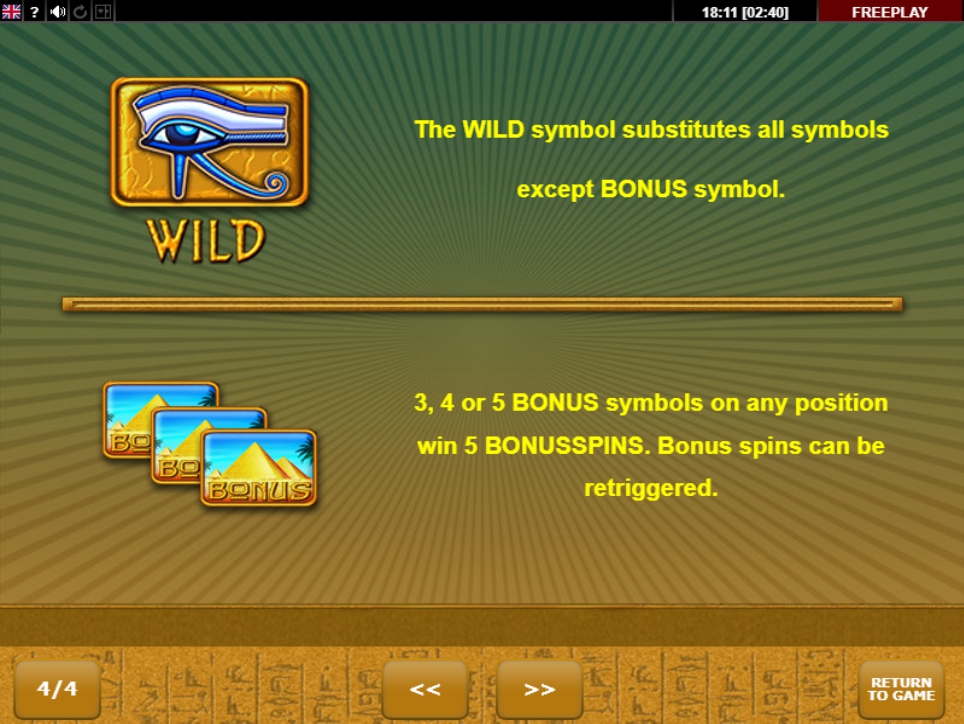 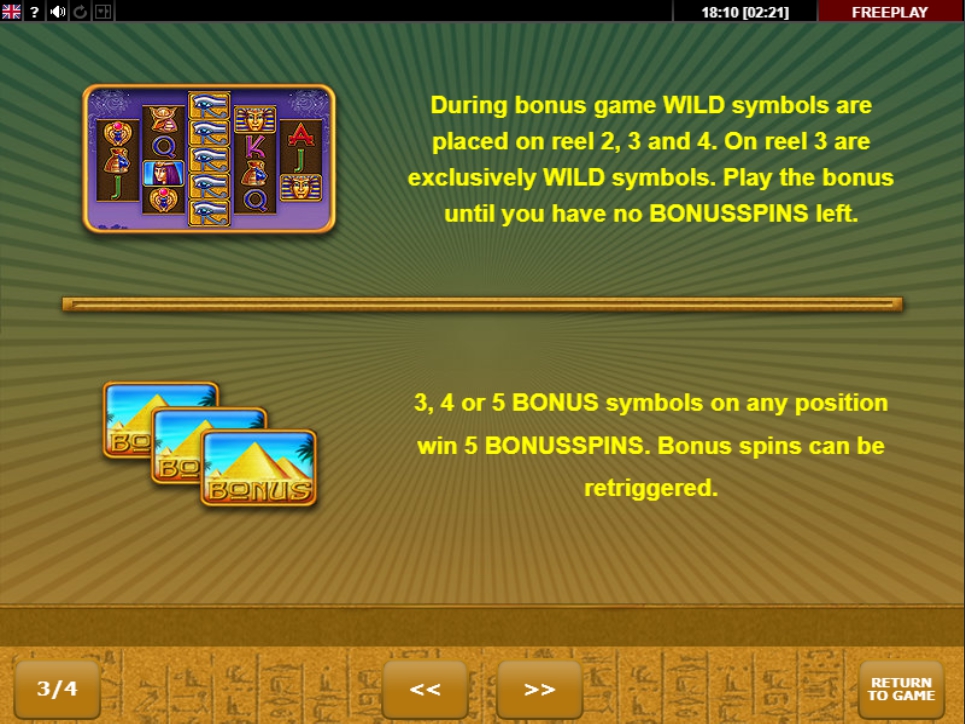 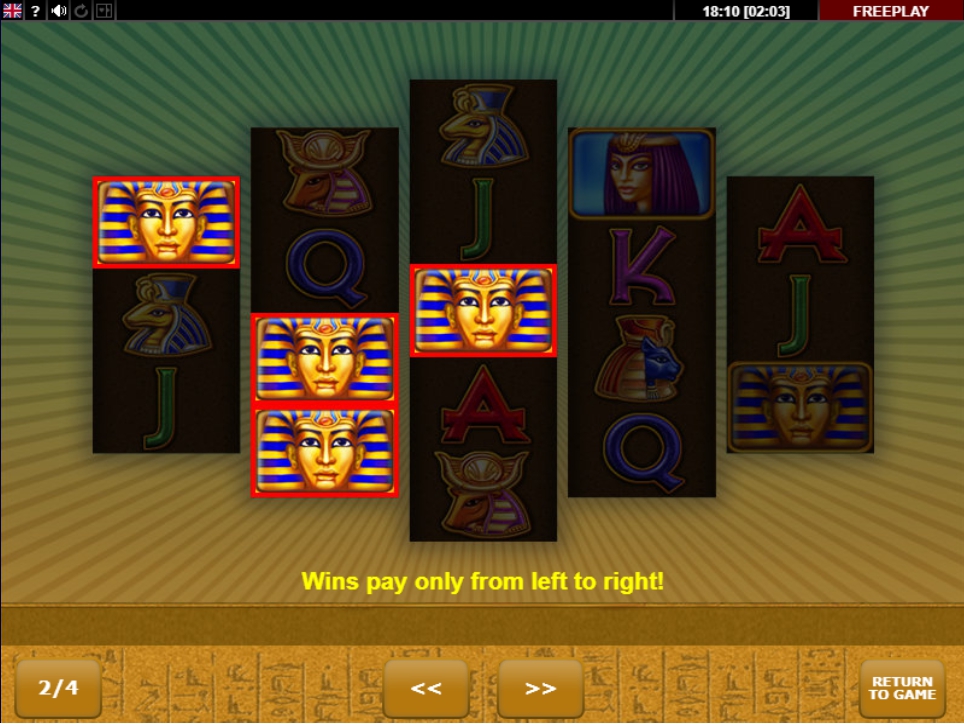 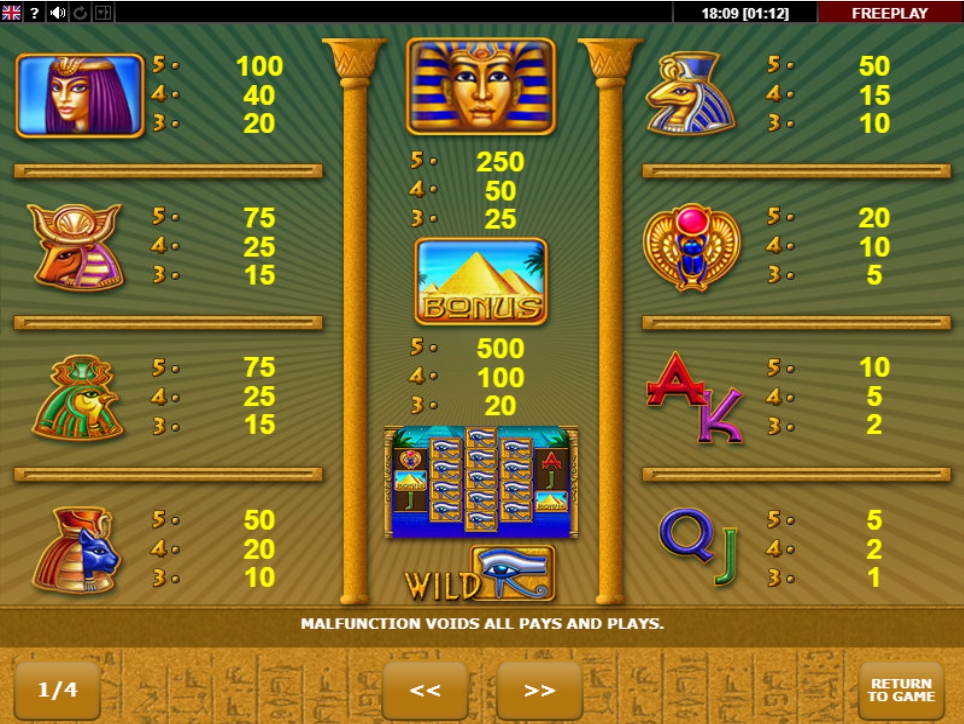 We have to thank the experts of Amatic Studio for the new ideas they use in video slots. Over the years, this provider has shown excellent results by releasing interesting and high-quality slots. Even if the company chose a popular theme that was often used in virtual gambling, players are sure that this slot machine will be unique. It’s no secret that ancient Egypt is very popular with manufacturers and consumers. Despite the huge number of such slots, different brands release them again and again. As a rule, they work according to the same principles, but the Eye of Ra is a unique slot. First of all, it is different plot, according to which you move to beautiful Egypt and meet a beautiful queen (Cleopatra).

Slot machine meets gamers with contrasts of different shades. Blue and gold colors dominate the graphic design. For greater realism, the designers have depicted the magnificent pyramids in the background. They are decorated with a night sky and bright stars that create an atmosphere of magic and romance. A large playing field surrounded by columns occupies most of the screen. Here you can see 5 reels. As a rule, all Egyptian slots offer a limited number of lines (from 1 to 243). But in the Eye of Ra slot payouts are charged at 720 winning lines. The character set includes various talismans, images of gods and Cleopatra. All interface elements were high-level. Gaming machine visualization offers 3D images as well as various animations.

All buttons are located under the playing field. The number of lines does not change during rotations. Therefore, you only need to place a bet by pressing the Bet button. In the payout table you will find the symbol coefficients as well as general rules and line structures. To start the game, click Start. Eye of Ra is a modern slot, so the Autoplay option is available at any time!

Payments are charged for each combination of the same pictures. Payment is made according to the coefficients specified in the rules and your bid. Do not rush to take the prize. The slot machine offers the Gamble Feature. This is a risk game with which you can get double payout or lose everything. Card appears on the new screen and you need to guess its color. If the answer is correct, you get double payment

Members can also use standard bonuses. For example, Wild replaces background images to complement your combinations. Beautiful Pyramids is a Bonus. Several such pictures on the screen activate 5 bonus spins during which you do not need to bet. To test the emulator you do not need to risk. Read this review to the end and run the game in demo mode. After that, you will rotate the reels for free.