Leprechauns are the most famous creatures of Irish folklore, who are the messengers of luck in all spheres of life. Take a ride on the rainbow with the cheerful leprechaun Finn and get from him a pot of indistinguishable gold! You can play Finn and the Swirly Spin slot in free mode on our website, and if you want to try your luck in the game for money, then register your account in one of the trusted NetEnt casinos available in your article.

(18 Gamblers voted)
Report a Problem: Full Screen: close
You can not play this game for free
For free slots game go
Play free
or 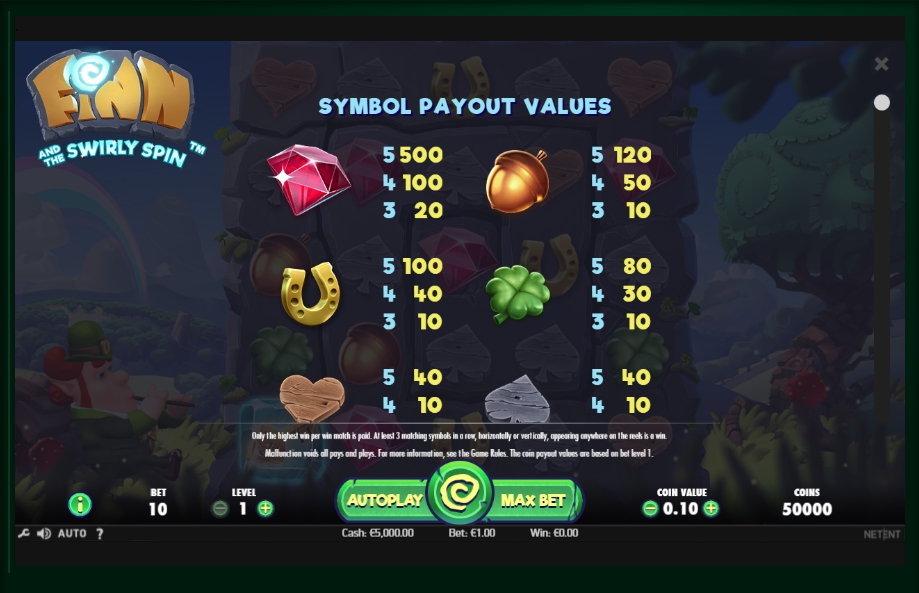 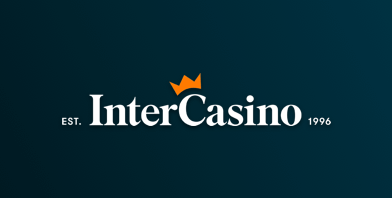 Description of the interface of Finn and the Swirly Spin Slot

The game screen of Finn and the Swirly Spin video slot immediately attracts attention. It is very beautiful and atmospheric: you are immediately transported to the colorful enchanted forest in which the leprechauns live. Against the backdrop of this splendor, there are game drums made in the form of a stone tablet, and the control of the slot is carried out using the usual control panel on which the following commands are located:
• Coin Value +/-: Set the coin denominations.
• Bet Max: Set the highest bet possible.
• Level +/-: Set the number of coins per line.
• Spin: Start the game.
• Autoplay: Turn the reels without interruption for a certain number of times.
The Finn and the Swirly Spin casino slot has 5 reels and 10 possible active combinations. The wager in the game varies from 1 to 10 coins per line, and the range of denominations is very wide: from 1 to 200 cents. The jackpot in the game is 500 maximum stakes, and the recoil rate is 96.5%, so you can easily become a lucky owner of a huge amount.

The game symbols of the Finn and the Swirly Spin slot fully reflect its theme. Symbols in the form of a golden horseshoe, a key, a pot of gold, gems and the four-leaf clover, as well as card suits carved from wood. All symbols have their own win multiplier, so check out the payout table before making bets.
• Wilds in the game are two: common in the form of an asterisk with a standard set of functions, and also Stacked Wild in the form of a gold coin with the letter W. The first character appears on any reel and explodes characters around, and Stacked Wild is activated only during the bonus round.
• The functions of the scatter took over the icon with a key inside the ice block, which, with combos on any three reels, gives you 5 free spins with a simultaneous doubling of your winnings.

Leave a Feedback of Finn and the Swirly Spin Slot