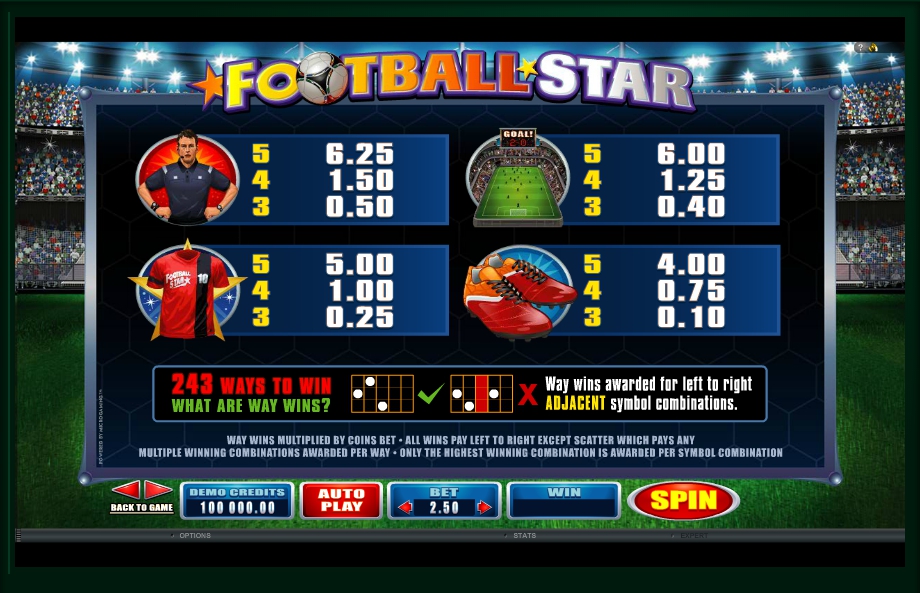 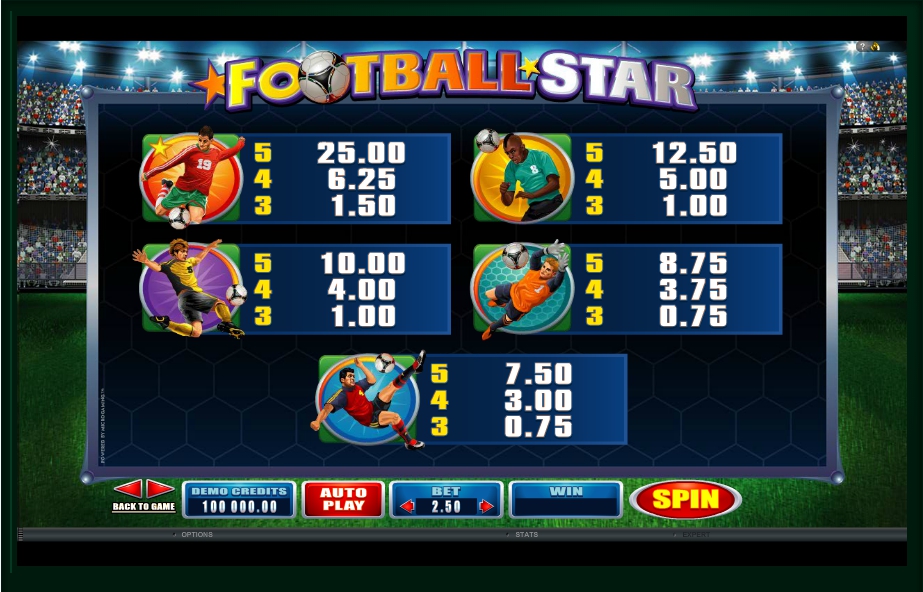 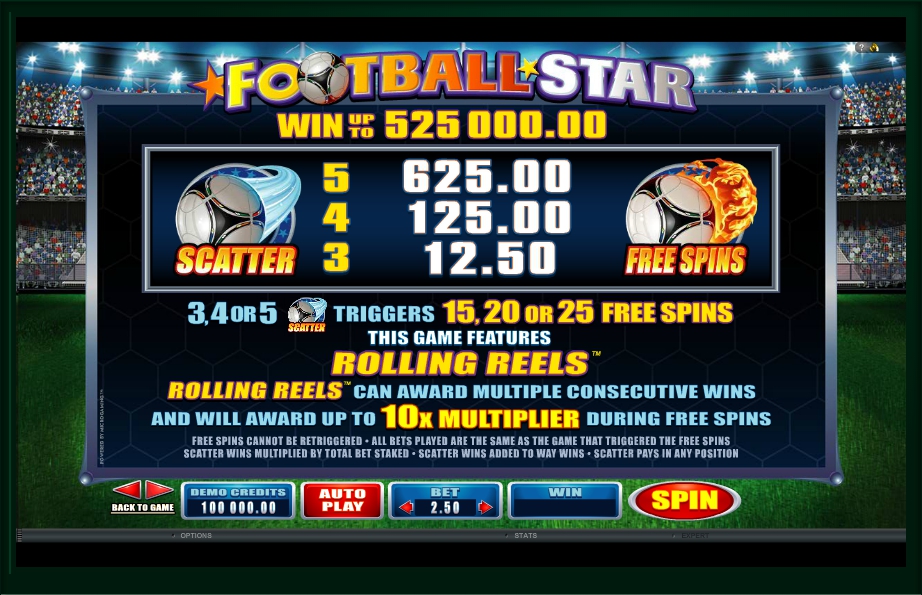 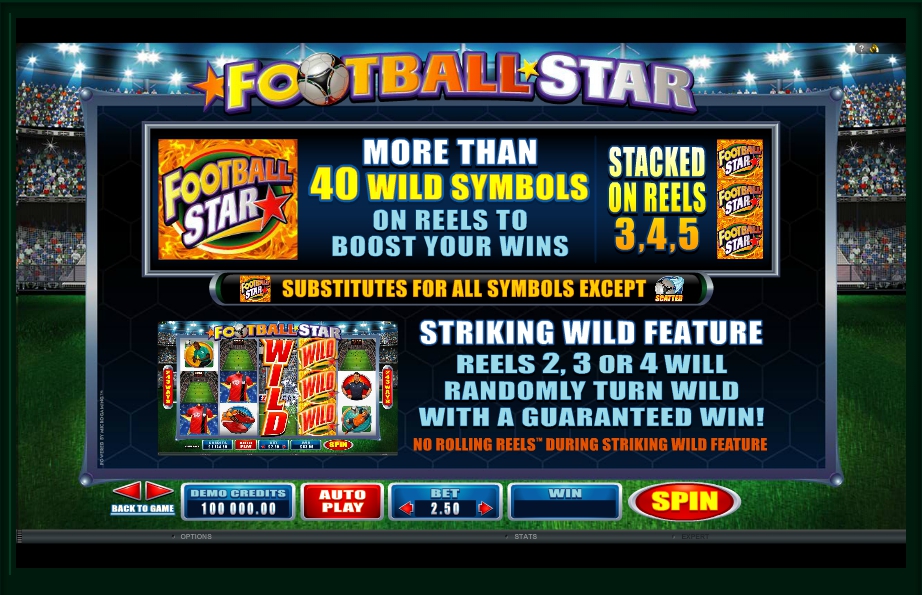 The slot is remarkable as each fan can choose one of several national teams. The symbols on the drums are painted in its colors. Of course, not all countries can be found on the list, but the main football nations are represented here. The Football Star online slot perfectly simulates the situation at the stadium. There is everything you need for a full game of football: a judge with a whistle, and a judge showing a red card, and the noise of the stadium, and the goalkeeper, and the players. In general, have fun if you are a football fan! The parameters allow you to customize the interface according to your preferences. It’s really a great experience.

You can play on the slot machine with fifteen active lines. The bet on each of them varies from one to ten coins. Their denomination is also determined by the user and can be from one cent to one dollar. Consequently, up to one hundred and fifty dollars are accepted for a round. Your task is to receive a payment by collecting on the active lines a continuous chain of several identical pictures. They must necessarily start with the first drum on the left, and only the most valuable sequence on a single line is winning.

The amount that is accrued in this case is calculated by multiplying the rate made on one line by the combination coefficient. The maximum is x5000! Some symbols operate according to special rules. In one round you can play until you reach the limit. In free spins and when auto play mode is enabled, this option is disabled. As stated in the reference section, on a long segment the video slot returns 94.2% of the bets made by the players!

In the video slot, you will see players, elements of their sports equipment, referee and the stadium. Special symbols are Wild (Football Star logo) and Scatter (ball). They are more functional than regular pictures. The Wild drops out only on the last three drums. At the same time, there are eighteen on the third, twenty-five on the fourth, and only three on the fifth. It goes in long strips and replaces other images, except for the Scatter, helping to compose combinations of them. The game will be interesting to fans of unusual features of special characters, additional multipliers of payouts on combinations and prize free spins. The slot machine is not as bright and catchy as the previous model, but it boasts original features. Bonus options, free spins, often formed combinations; special symbols are just some of them.