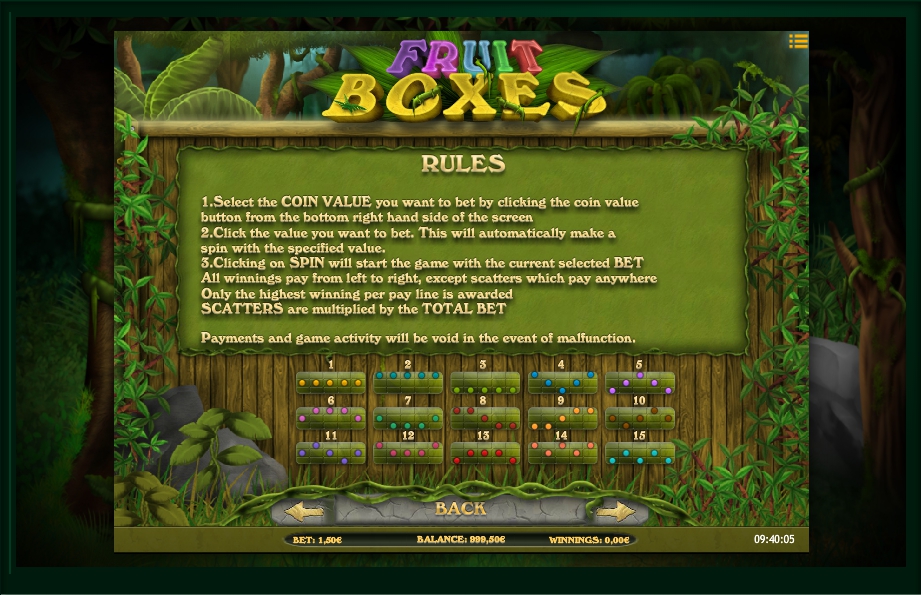 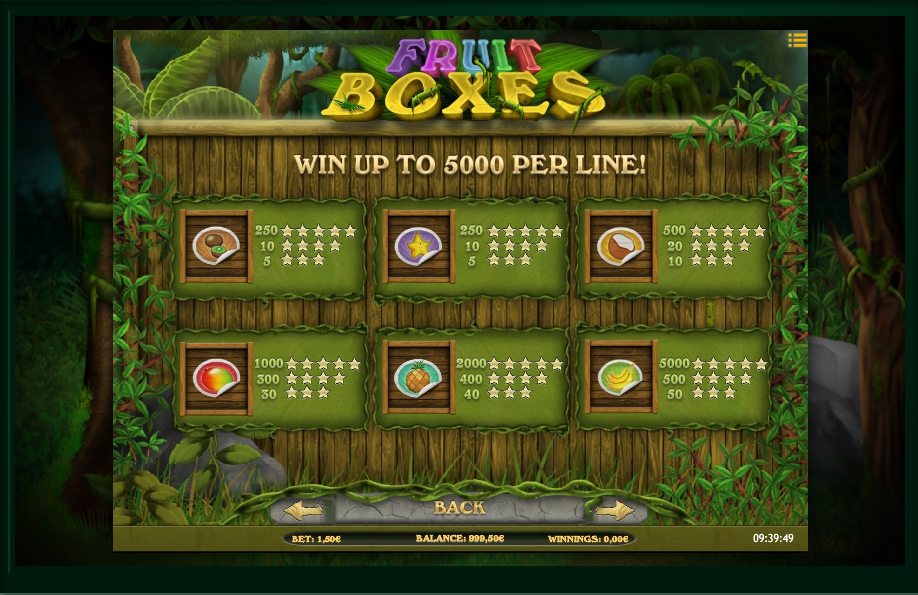 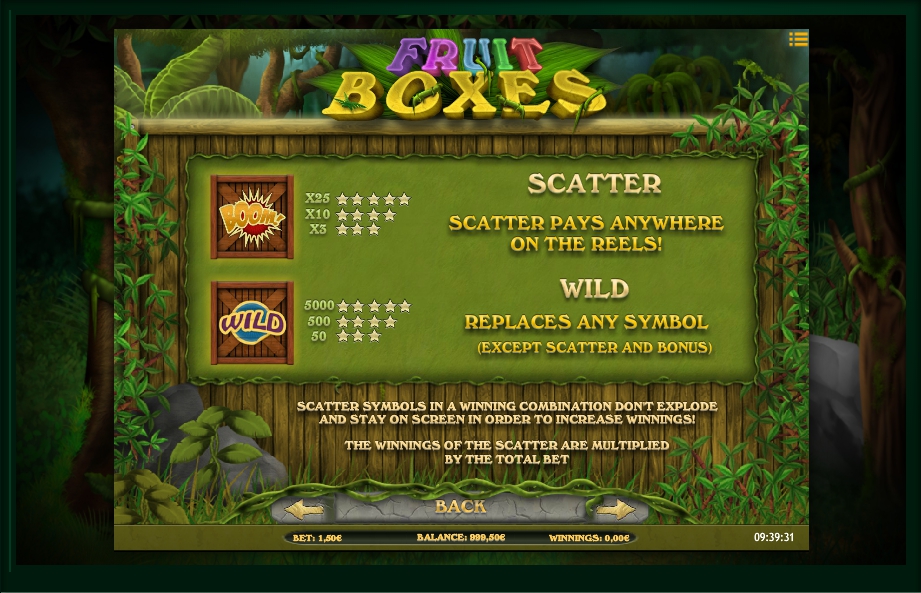 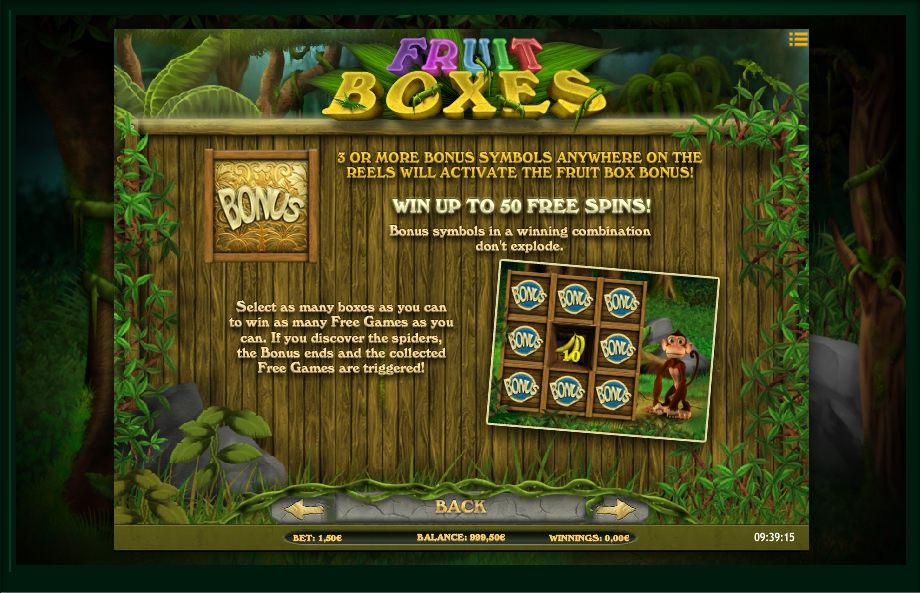 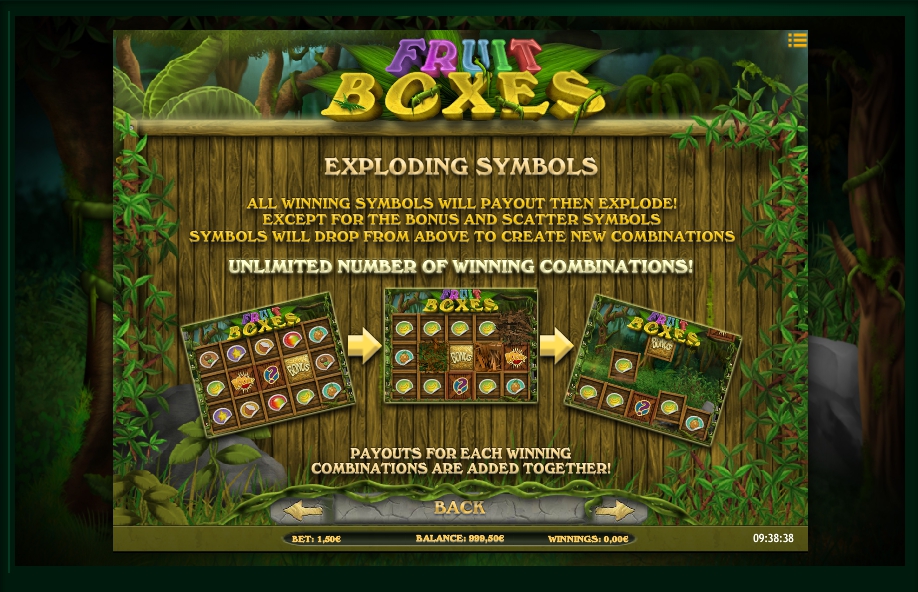 Before us is a successful example of how the theme of an adventure and “classic” fruit can successfully combine in one game. According to the given plot, the player gets into the wild jungle where he/she will be met by a local mistress – a funny monkey. The fact that loading boxes with fruits appear in the slot leaves even more room for imagination regarding the development of the plot. And here it is immediately worth noting that replacing usual drum cells with boxes is not just a decorative solution: they have their own unique functionality. In general, a virtual trip to distant hot lands promises to be exciting and productive.

Nevertheless, here each variant of the bet is provided by a separate button. All of the buttons go in a row on the right side of the reel start button. On the left side, there is a button for starting automatic rotations, as well as information boards. Each client before the start of the spins has only to choose one of the options for the bet. It is worth noting that the range of rates of the slot machine is very democratic and amounts to a maximum of 7.5 credits. Thus, the bet is offered at once general: this is due to the fact that all 15 game lines are active by default. In addition, the user needs to visit the information section, which is opened by clicking on “i”.

Wild picture replaces any symbol, except for the Scatter and the Bonus image. Also, you can win up to 5000 coins for 3 or more of them on an active pay-line. Boom Crate here is Scatter and it can form scatter wins. Scatter in a winning combo does not explode because it stays on screen in order to increase winnings.

The exploding symbols feature is in fact the same thing as the cascading reels you may have encountered in some slot games. Once pictures form a combo, they will pay you out, and then they will explode in order to make place for new symbols that will drop from the above. If the user hits 3 or more Bonus crates anywhere on the reels he/she will activate the Fruit Box bonus. Once triggered you will be taken to another screen to pick other crates. Win up to 50 free spins. You can keep picking the crates until you run into spiders that will end the feature. Keep in mind that bonus symbols do not explode in a winning combo.