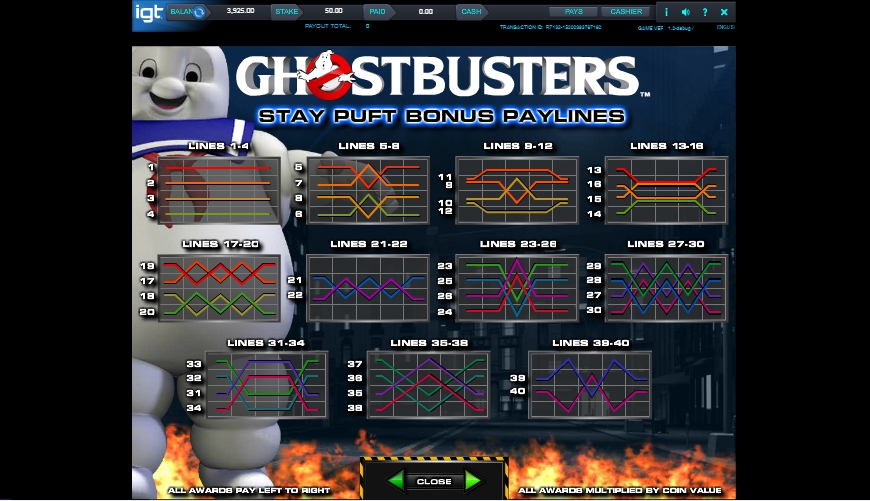 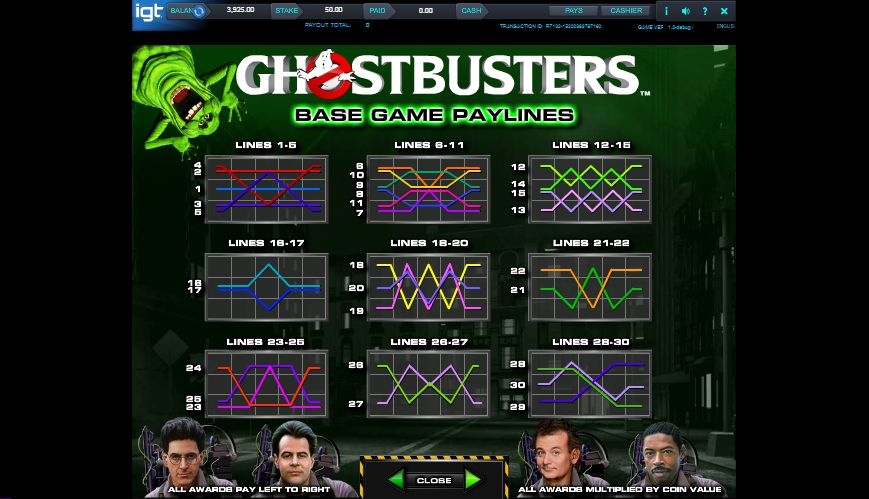 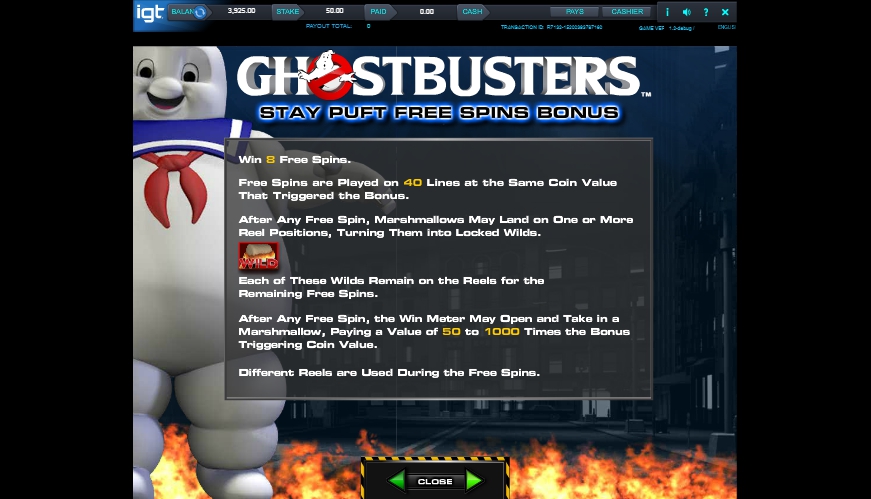 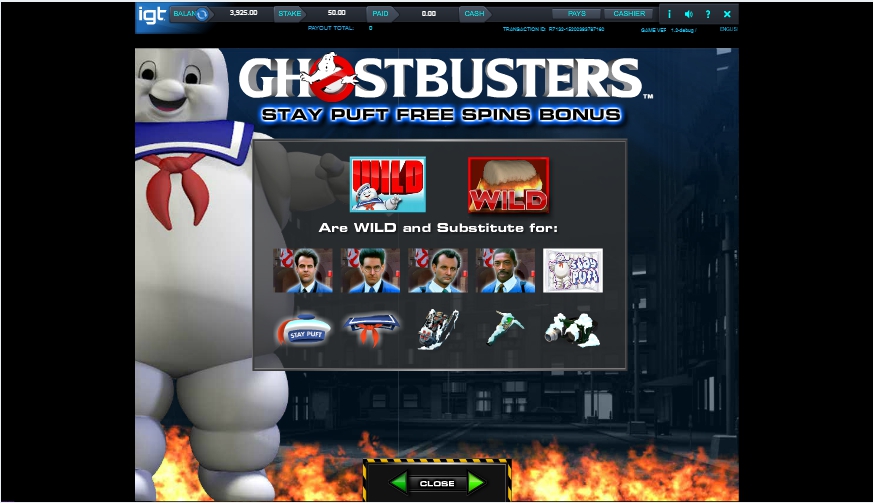 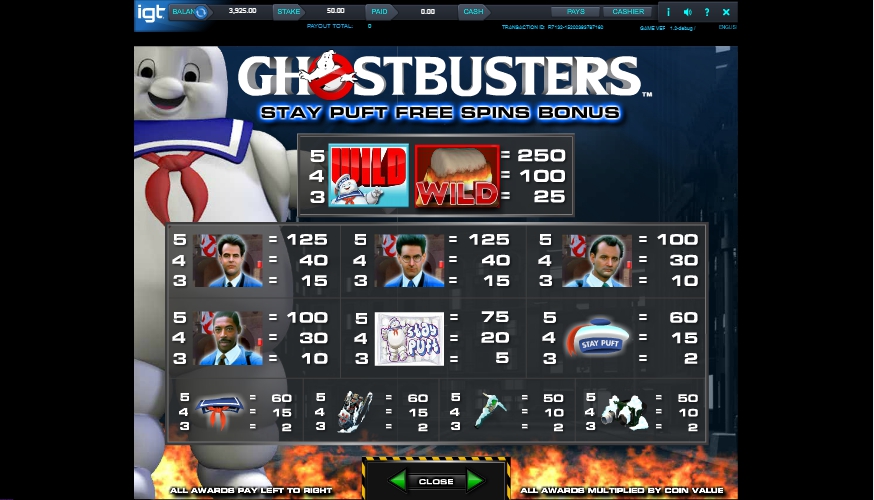 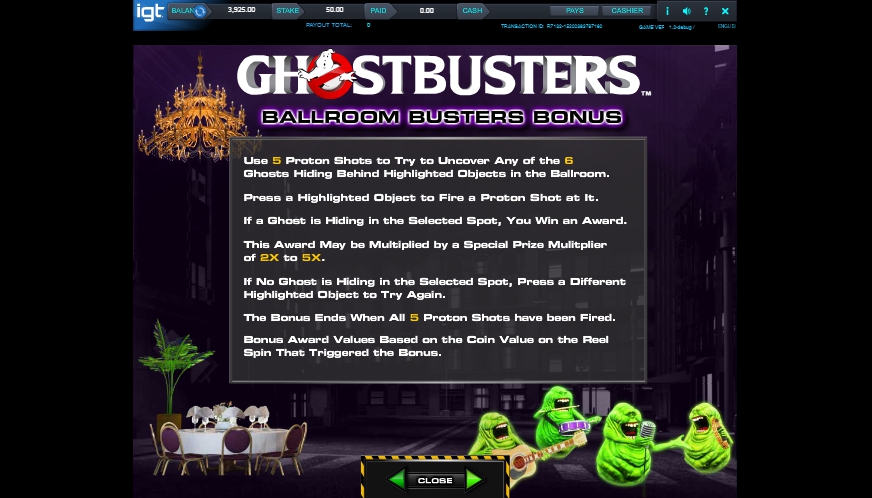 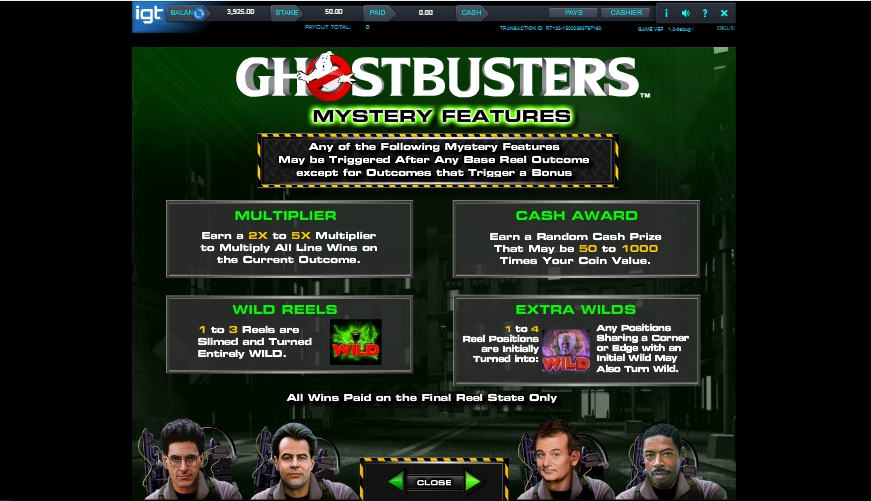 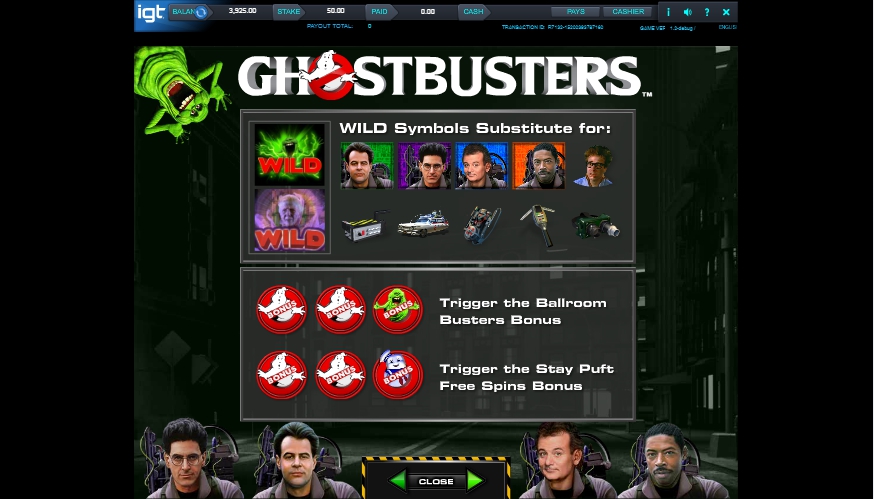 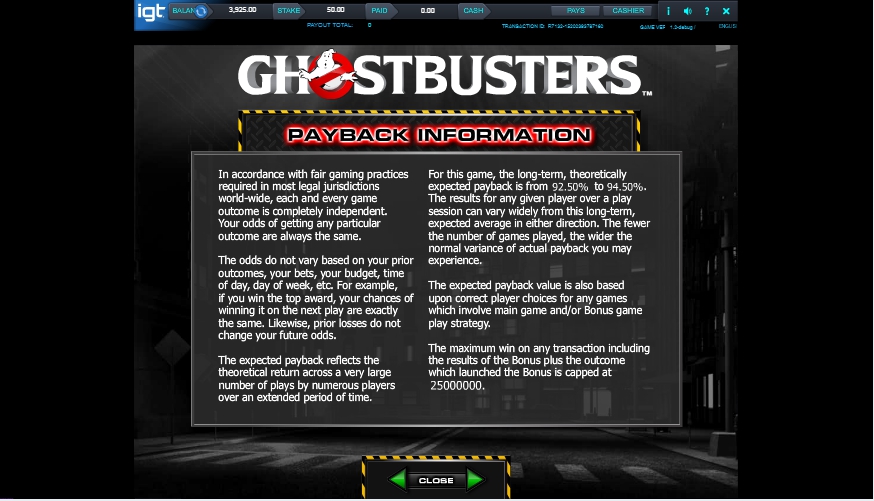 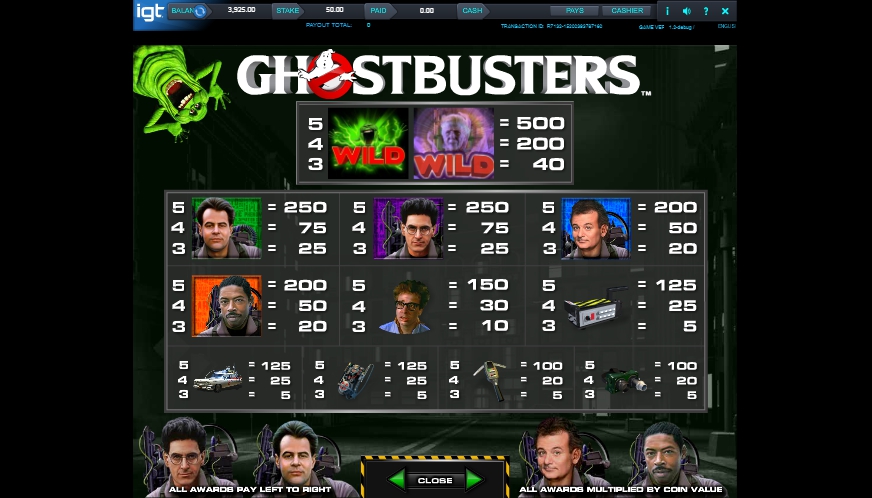 In search of new ideas, gambling content producers often turn to popular films. IGT (WagerWorks) is a popular studio with a huge experience. It regularly releases new slots that have no analogues on the Internet. Like other providers, IGT has dedicated several game models to popular films and the “Ghostbusters” slot is one of them. Probably most of the players watched this funny movie in which Raymond Stantz; Venkman; Egan Spengler; Louis Tully and Zeddemore caught ghosts. The green ghost is the key figure of this film too.

After the premiere of the cult film, people “went crazy.” The press regularly spoke about people who saw real ghosts and some even tried to catch them. Definitely “Ghostbusters” the film became successful and set several records. If you like this movie you want to join the main characters of this story, then run the video slot of the same name and win real money!

Making a slot machine completely beats the plot of the film. The developers used real photos of the main characters and also used visual effects. On the playing field you will also see the tools for searching and ghosts and the legendary white car. These symbols appear on 5 reels and 30 winning lines. The playing field is located on the background of the night metropolis, where you will look for ghosts and payouts. Large logo and symbol of Ghostbusters are located at the top. The control panel is simple, as it has no extra buttons. To start the main game, the participant only needs to make a bet. Active lines are selected by default and their number is always = 30. This gives you a big chance of winning. Coin Value and additional “+/-” buttons will help you to make a bet on the round. Yellow Spin option makes one rotation, while Autoplay activates automatic mode. If you watched a legendary film, then you know that ghosts are tricky and dangerous, so you should learn all the rules in the Paytable section.

Ghostbusters video slot does not disappoint fans of bonus rounds and special characters. First, we look at the Wild symbol that replaces the standard pictures on the playing field. From time to time, participants will activate the Wild Reels option.

In addition, the developers added a couple of bonus mini-games:

The theoretical section also tells about the Mystery Features: Multiplier and Cash Award options that are often activated.