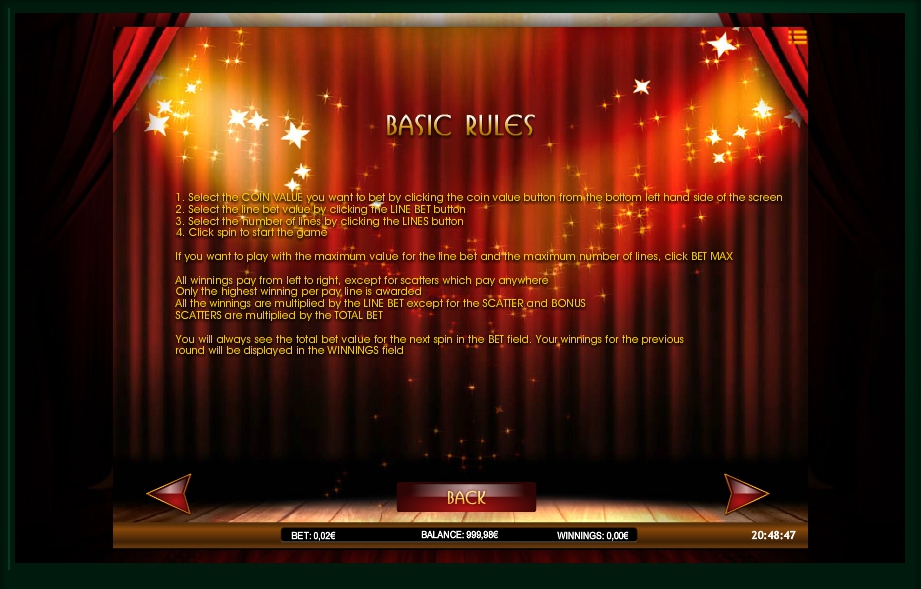 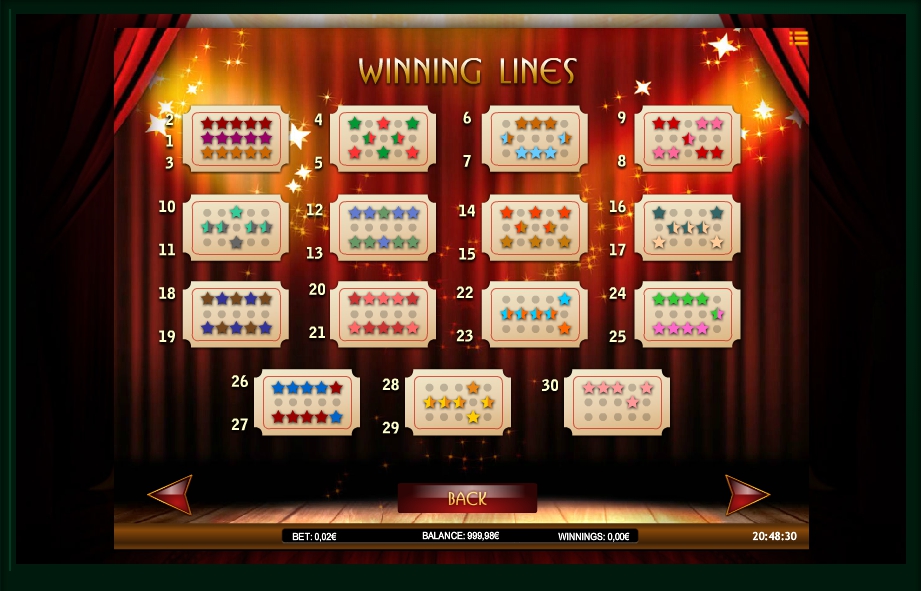 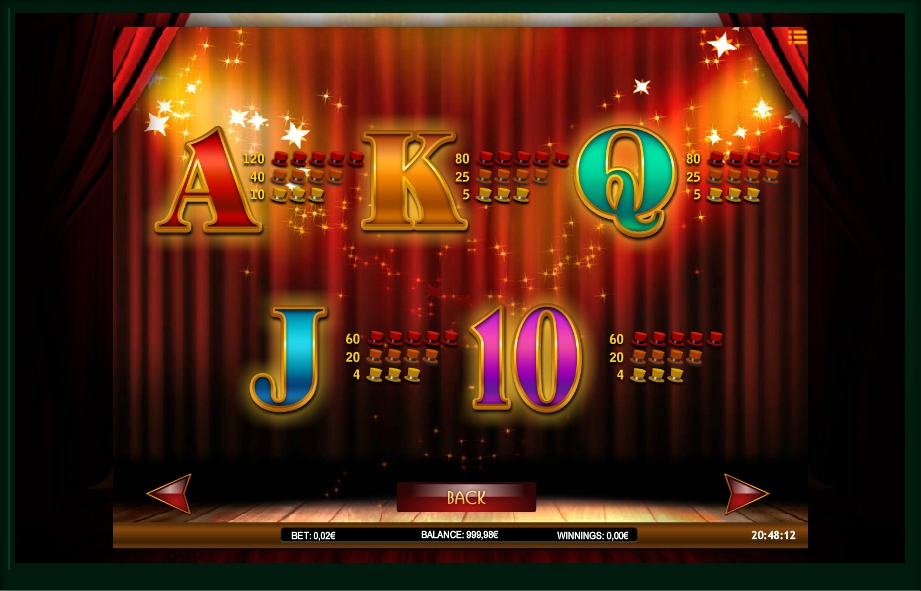 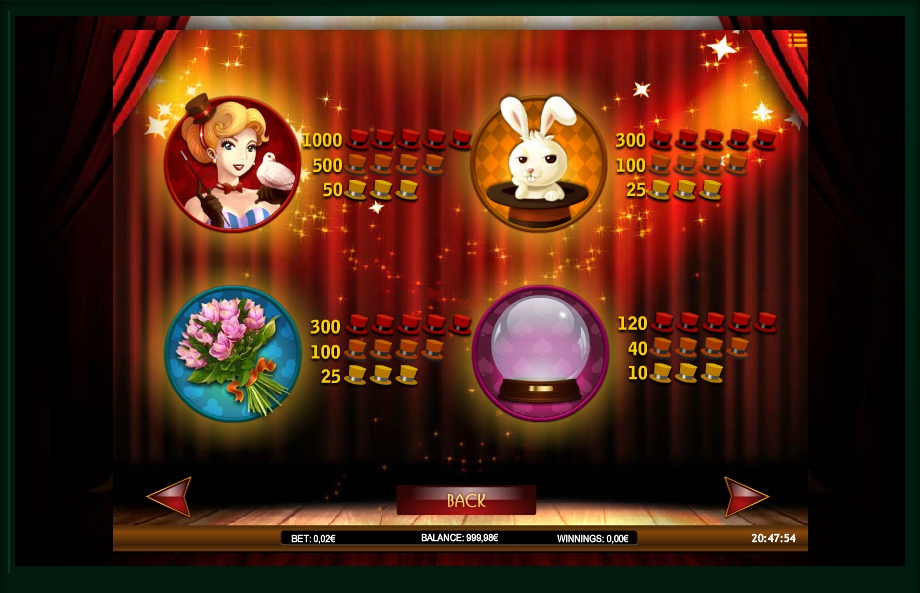 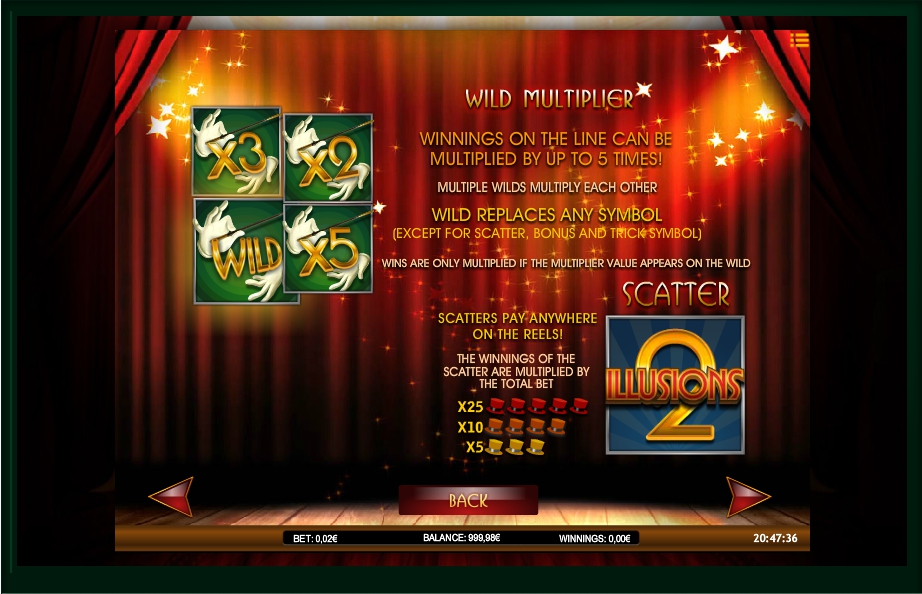 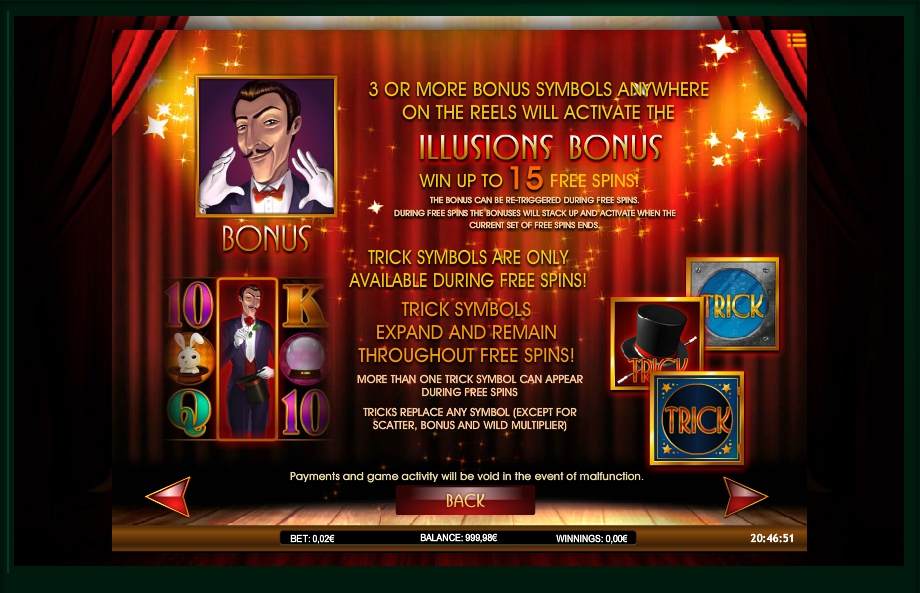 There is magic among us. Who are those magicians who create it? we are talking about magicians who use the sleight of hand, the ability to charm the public and to do real miracles. It was magicians and unusual tricks that became the main idea in the design of the video slot and its additional features. Illusions 2 is a modern and high-quality slot that will make any pastime not only pleasant but also useful. Nowadays it’s even easier to make it profit.

A player can see magic rabbits and charming magicians in the design of this video slot. The second part of Illusions has an introductory screen saver performed in bright and pleasant colors. The player opens the curtain of the real scene for himself where real miracles are going to happen. The iSoftBet manufacturers made an unusual decision with creating a bonus for a player who will have an opportunity to see a real trick being performed by an illusionist. Charming melody and high-quality graphics create more than a decent design of the slot.

The rules and the game panel here are quite simple to understand. In Illusions II we have five reels and thirty paylines. In the center of the game panel is the Spin button which starts the rotation of reels. There is a key to activate the Bet Max and start the automatic game mode on both sides of it which is called AutoSpin. On the left side is a button that opens the information about images and structure of this machine. The Count Bet shows the current size of the bet. and the button Line Bet where the bet was made . On the right side of the Spin key is the Lines button which helps to select active lines.

Notice that term ‘WILD’ can choose and replace any symbols. Victory combinations can be multiplied five times due to ‘WILD’. It can also perform a multiplier function. The ‘SCATTER’ image pays out credits in any position on the reels. The symbol of bonus is represented by a magician. Notice than 3 such images on the drums (at random locations) open a bonus round in Illusion. The bonus is about to give to a player 15 more free spins. During this mini-game you can win spins anytime.

The feature of the bonus round is a symbol of deceit! When this symbol falls out it retains its position on the drum. So, before the start of the bonus round, a player have to choose a trick a magician would perform. The kind of this symbol of deception depends on that. Once enough cheating characters are to be collected on the drums that’s when player would see a trick!