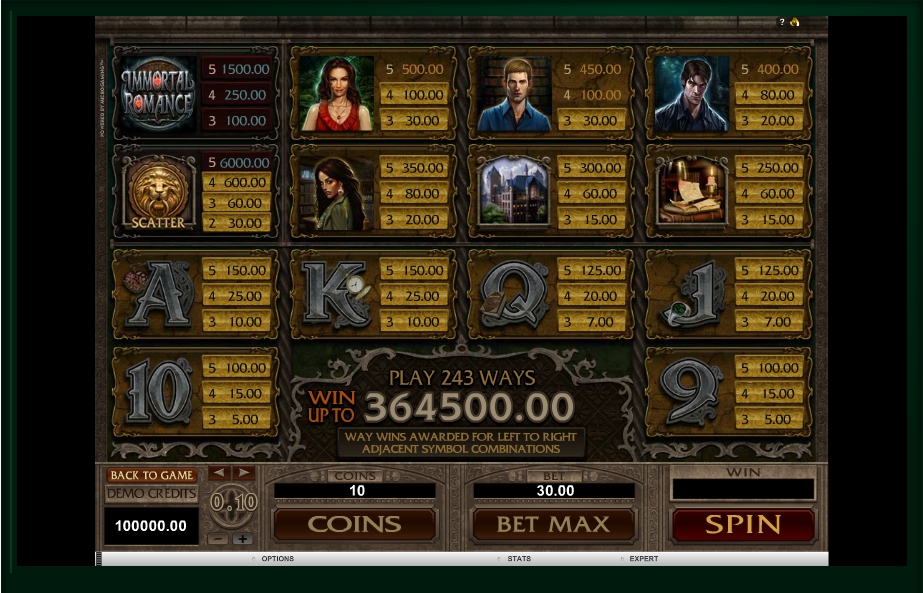 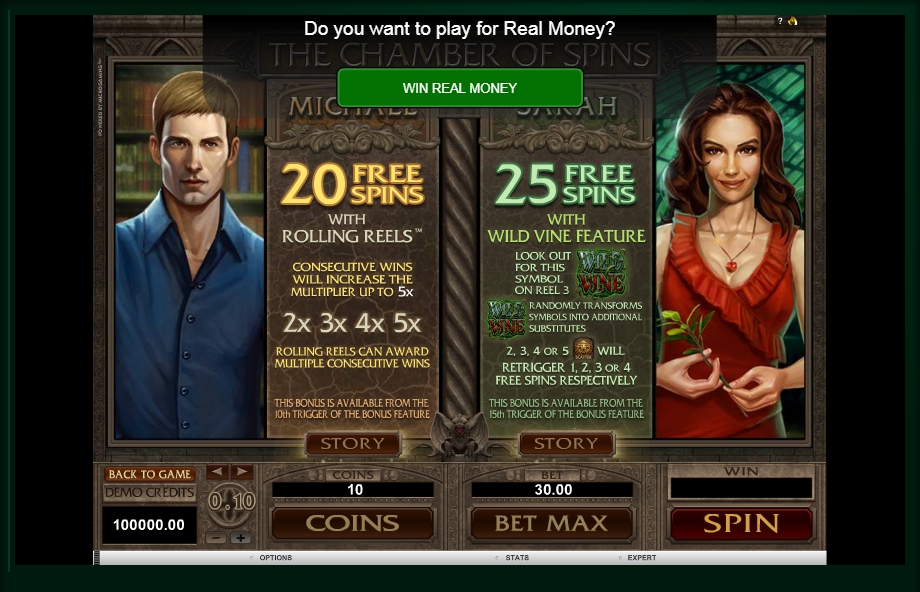 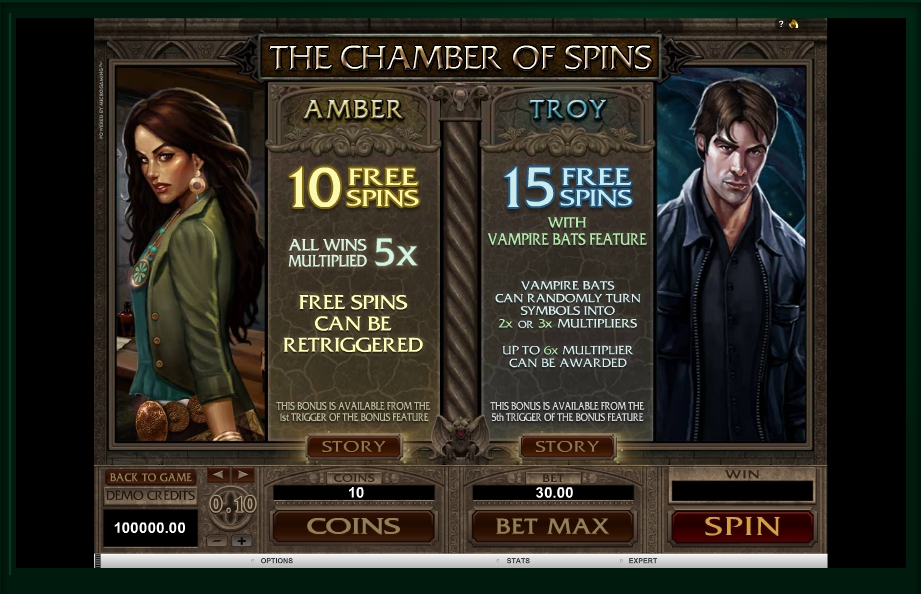 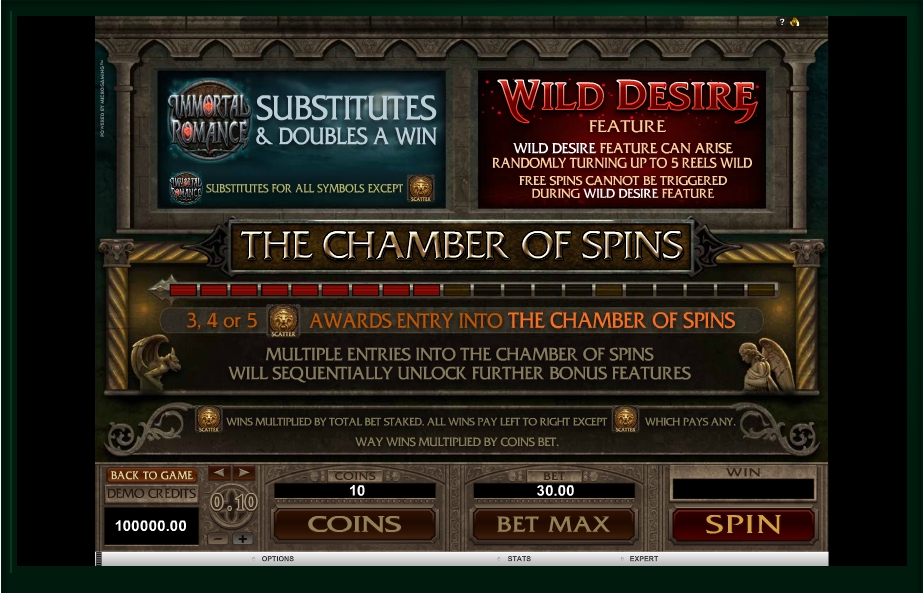 Immortal Romance is a dark gothic tale about two vampires who fell in love. This slot machine is one of the Microgaming company’s most successful and popular five-reel slots, and for good reason. An incredibly beautiful game interface, characters that reveal themselves as you play and offer you nice bonuses and promotions – it is all worth it to start playing Immortal romance for free and immerse yourself in the gloomy world of the undead.

The game screen of the Immortal Romance casino slot is made up with gloomy dark-brown and grey tones. The colors are muted, suggesting full immersion into the atmosphere of the video slot. At the bottom of the screen are conveniently located buttons for controlling the slot machine and a paytable, and on the sides are the most frequent bonuses and conditions for their activation.

How to play the Immortal Romance slot?

As for the management of the game, it is quite convenient and understandable here. All information about winning lines and payments is displayed in the PAYTABLE section. In addition, this tab hides info about all basic rules of the game. You can conveniently control the game process by using the following buttons:

The Immortal Romance casino game has standard 5 reels and 243 posible lucky lines, and you can bet on each of them from 1 to 10 coins. Denominations of coins vary from 1 to 20 cents. The game also has a jackpot that is equal to 60 maximum bets and a pretty high recoil coefficient – 96.9%. If you are a newcomer, we recommend you to play the Immortal Romance slot in a free mode to study its main features more clearly. The demo-mode is available in our casino.

The main characters of the Immortal Romance casino game are quite various. Here you will find images of the protagonists of the story, as well as symbols that denote the divinity of their union: the vampire couple, candles, ancient grimoires, crypt décor and many more.

In the game, there are also standard card symbols with quite an interesting stylization, and the logo of the game that is also the game symbol. To form a winning payline, you need to collect at least three symbols of the same kind, beginning from the very first reel. Each symbol has its own multiplier, so you will receive a winning, which is significantly bigger than is said in the paytable.

In addition, there is a set of special characters affecting the gameplay of the slot. They are represented by Wild, Scatter, and the Bonus Spins option, which is randomly triggered.