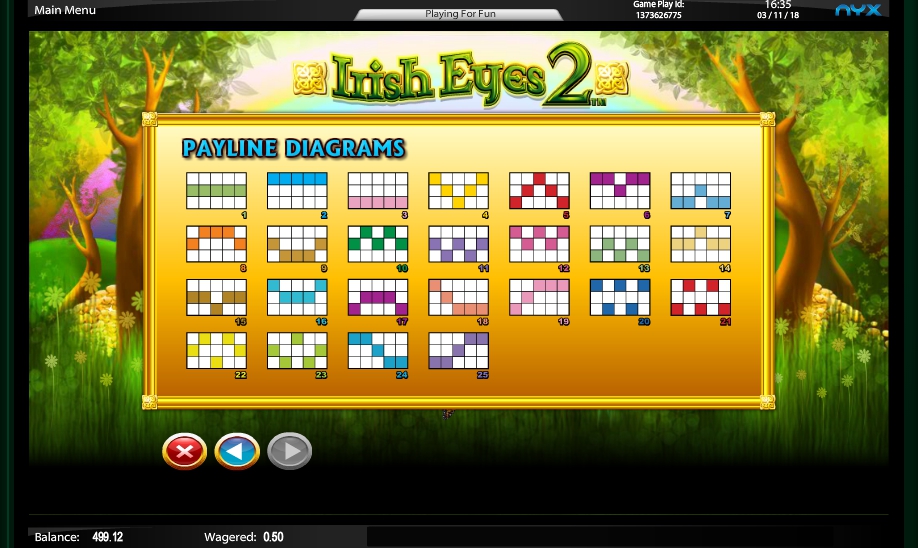 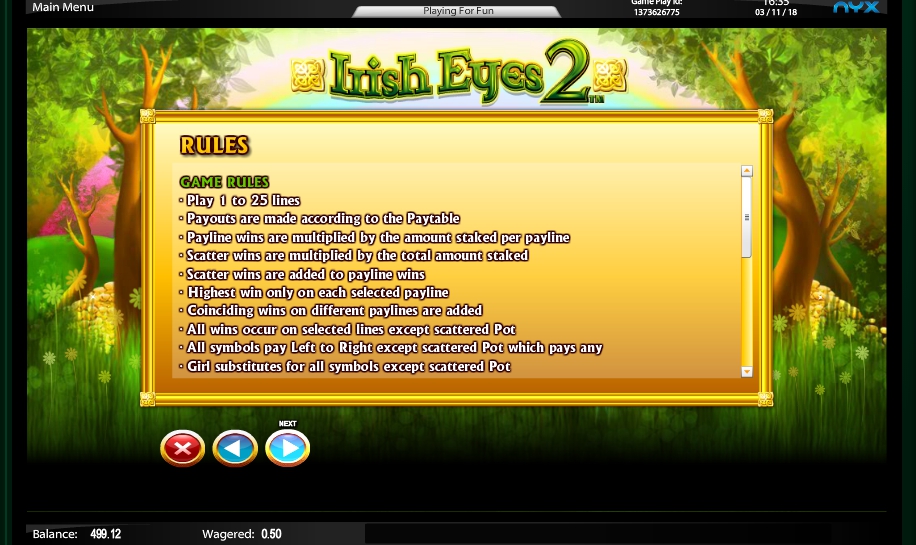 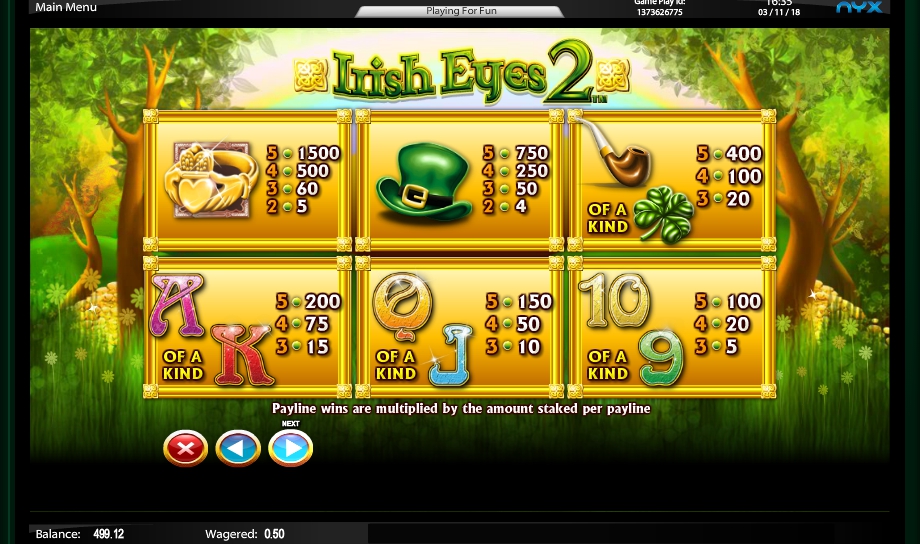 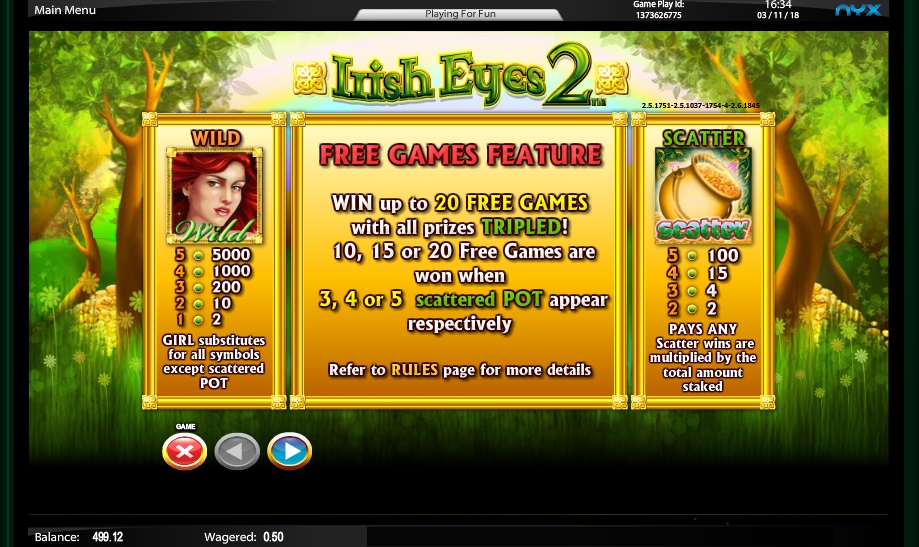 Eight years ago, NextGen Gaming released a themed slot dedicated to the mysterious girl and culture of Ireland. The players liked the history of national symbols and leprechauns, so they wanted to see the continuation of this story. Finally, the provider heard our wishes and conducted the release of the second part of Irish Eyes. The developers decided not to change the names, so they just added “2.”

In general, the game is beautiful and original. Specialists paid attention to all aspects of visualization, so your game session will be accompanied by visual enjoyment and real money, of course.

Irish Eyes 2 is a new gaming machine with 5 reels and 25 paylines, the number of which varies at the discretion of the player. The plot of the story has not changed. The slot machine is dedicated to the flavor of Ireland and the funny leprechauns who live in the local forests. In the background, the designers depicted a beautiful landscape. You will see trees, meadows and flowers that help to relax and concentrate on the prize combinations.

All the characters were chosen according to the main plot, so you will see rings, pots of gold coins, clover and other elements of Irish culture.

If you played Irish Eyes then you know what visual design it has. In the new version of the gaming machine, the developers used 3D tools that create a realistic atmosphere. In addition, the elements and symbols come to life thanks to additional animations and light melody.

The Irish say that leprechauns will make everybody rich to catch one of them. This trend works in the Irish Eyes 2 video slot, if you know how to play. To make a bet you need to press the buttons near the gold coins. Bet per line varies from 0.01 to 2 coins. The number of active lines is regulated according to the same principle.

In general, management is not difficult. The buttons on the right side start the rotation in manual and automatic modes. “i” opens pages with rules / instructions.

There are 2 special characters in the game. Wild (red-haired girl) which makes combinations according to the general rules from any number of pictures. Also, the girl replaces the secondary images by increasing the number of combos on the screen.

Scatter gives payment in any position. The win amount is calculated at the total rate depending on the number of Scatters. If 3+ of such icons appear on the same payline, the participant will receive from 10 to 20 free spins during which you do not bet.

If the last spin was successful, then Irish Eyes 2 will offer to activate the Gamble Feature and double the last payout. All you need is to guess the color of the closed card.

This is a standard set of bonus options that help to make a prize combination and get paid in Irish Eyes 2 online slot.