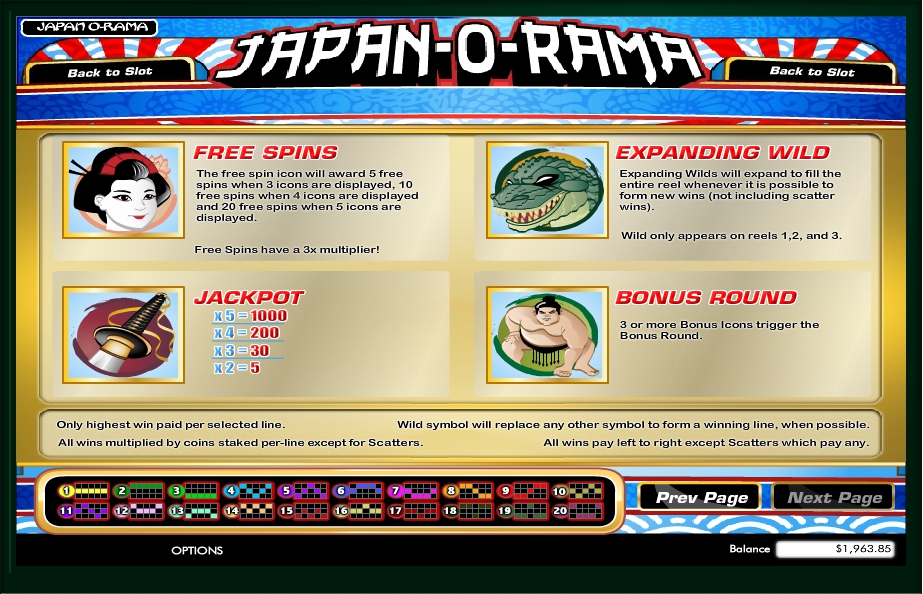 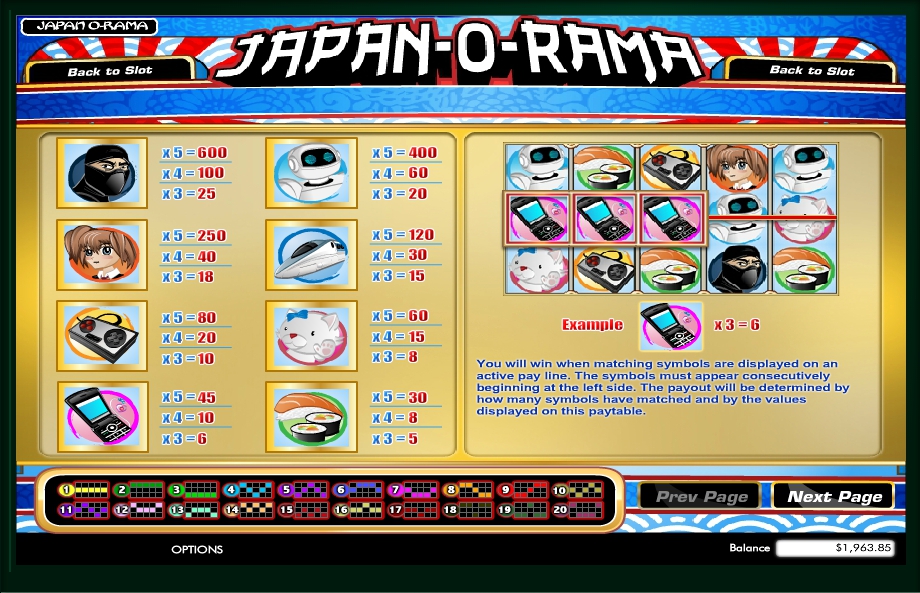 Thanks to systematic slots, you can move to different cities, countries and continents. This is a great solution for gamers who spend a lot of time at work and do not have the opportunity for such travel in the real world. Today, we offer to visit amazing Japan which gave us ninja, sumo, sushi and high-speed trains. All these elements (symbols of modern Japan) became the basis of the “Japan-O-Rama” slot. Rival company decided to release something new and original. The development team has done an excellent job with this mission!

Modern manufacturers often use Oriental motifs in slot machines. Such games are always filled with special charm that attracts gamers and tells them about different countries. In Japan-O-Rama online slot developers decided to use all the martial arts, technology and characters that appeared in Japan. So, you will see Godzilla, robots, mobile phones, sumo and ninja of course. As you know, Japan is the birthplace of great sushi, so these characters appear on the screen too. Do not forget about the first robots that were created in this country, too. By the way, the gaming machine is equipped with 5 reels. All 20 paylines are marked with corresponding numbers and hieroglyphs on both sides. As you can see, the creators of Japan-O-Rama thought about all the details of the interface, so the game became so popular. The quality of 3D graphics meets all standards. Pay attention to the animation. They make a good impression even though they rarely appear.

You cannot win real money until you learn about the control panel and its properties. Click Paytable and open the theoretical section with a description of all symbols and general rules. Notice the Select Lines and Select Coins buttons. They play an important role as they set the number of active lines and the size of the bet. Spin button is located in the right corner. It makes single rotations, but you can also activate automatic mode.

First of all, we would like to say that Japan-O-Rama is a generous gaming machine. Here, almost every rotation gives payouts, but for this you need to catch 3 identical pictures on the same payline. Bonus symbols are provided too. So, Wild (second, third and fourth reel only) replaces all the pictures according to the rules. In addition, it expands to several positions.

Scatter (Geisha) falls in any cell. As soon as these three characters appear on the screen, you will receive from 5 to 10 free spins that will increase your bankroll.

Koi Fish appears to start the bonus round. In the mini-game you need to follow simple rules and get great prizes.

5 images of the katana swords on one line give the biggest payout – 1000 coins. But there is one condition: you must make the biggest bet.