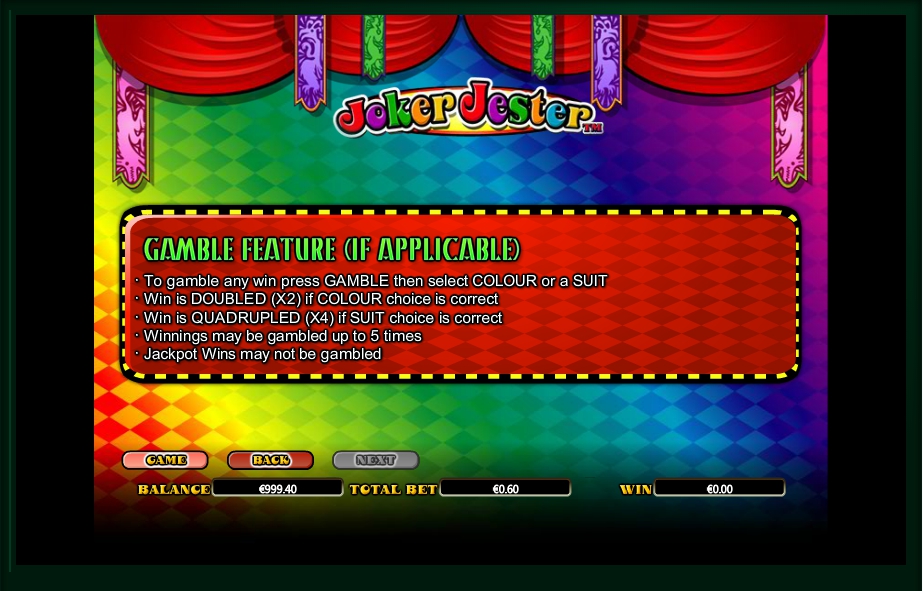 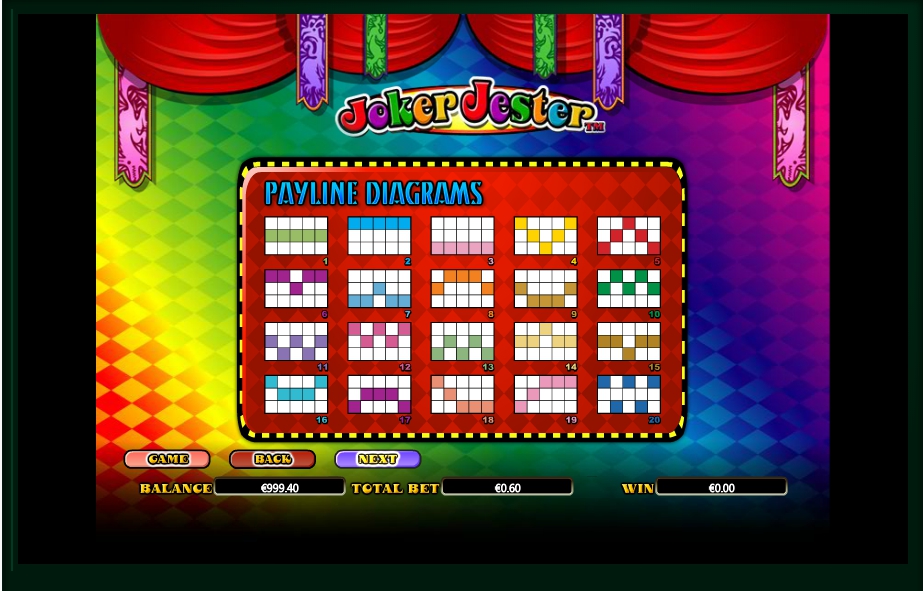 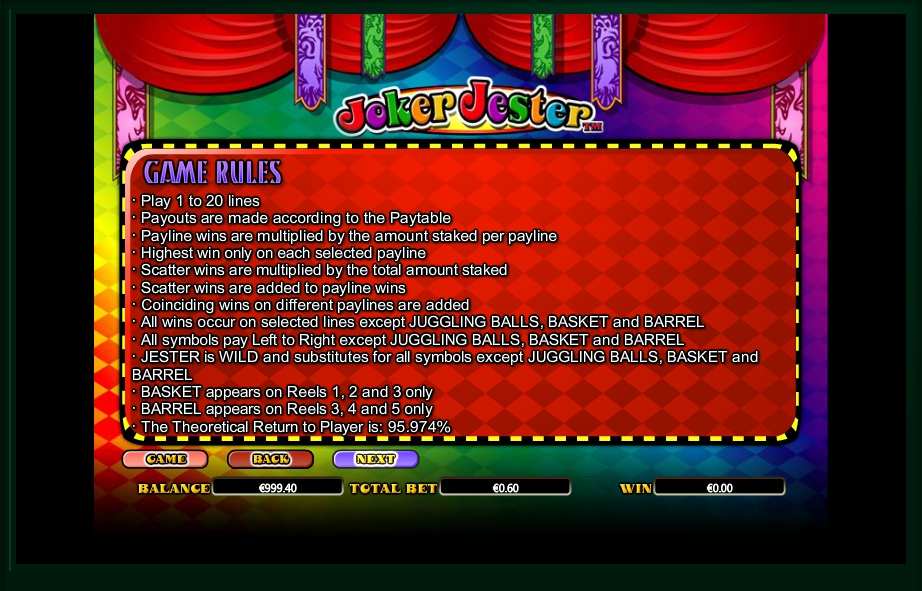 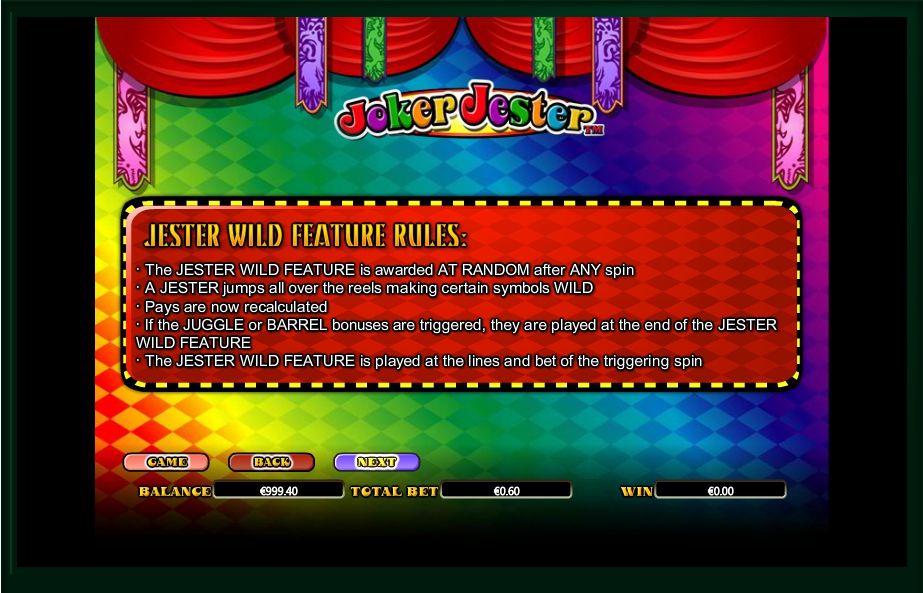 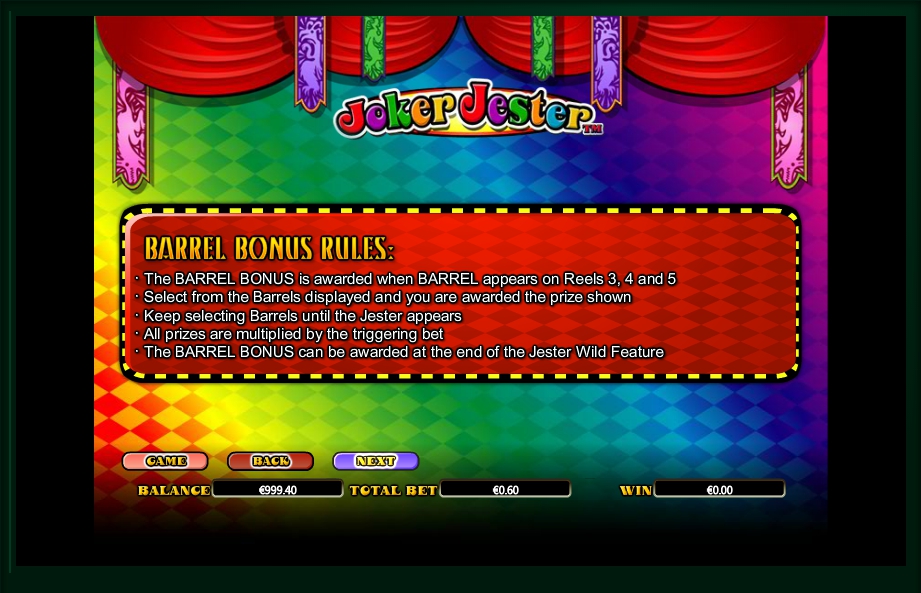 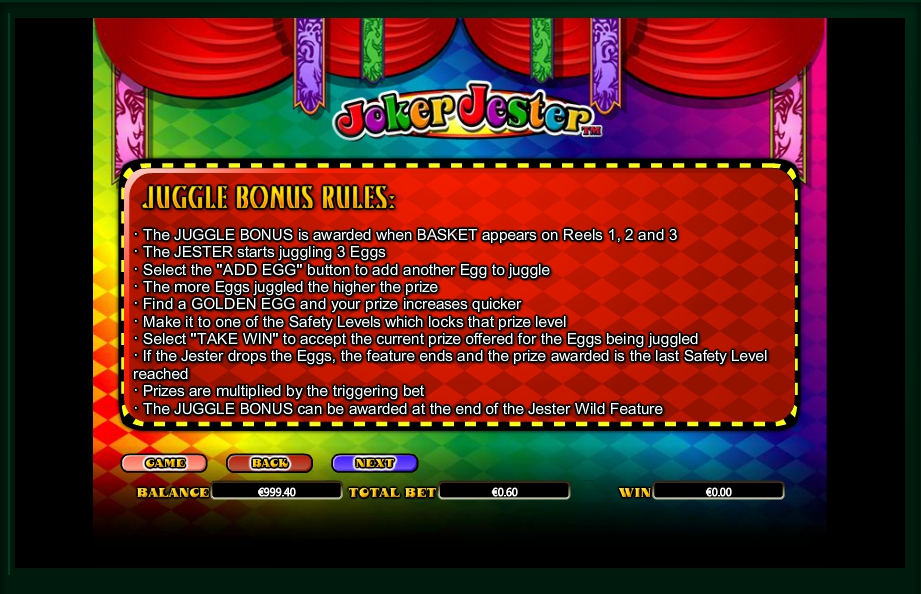 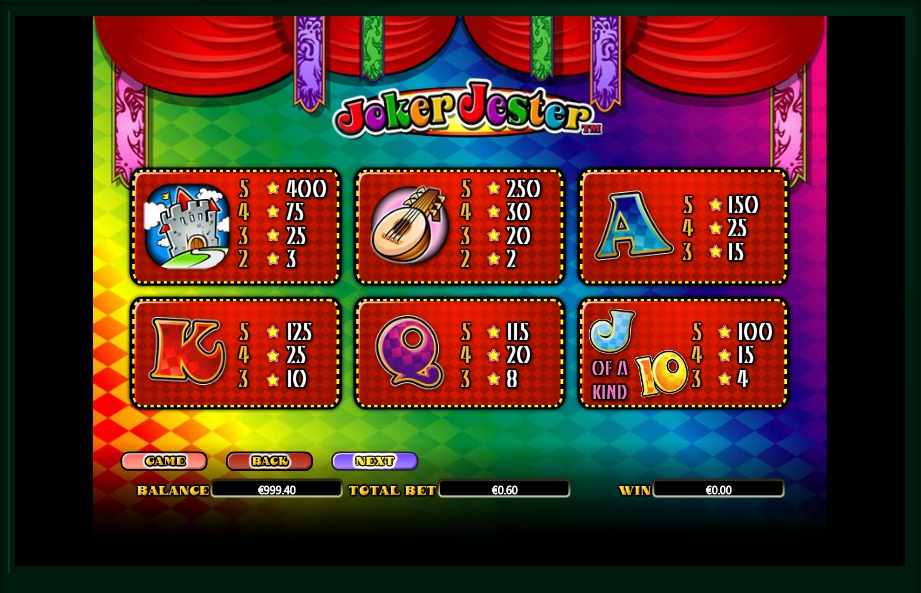 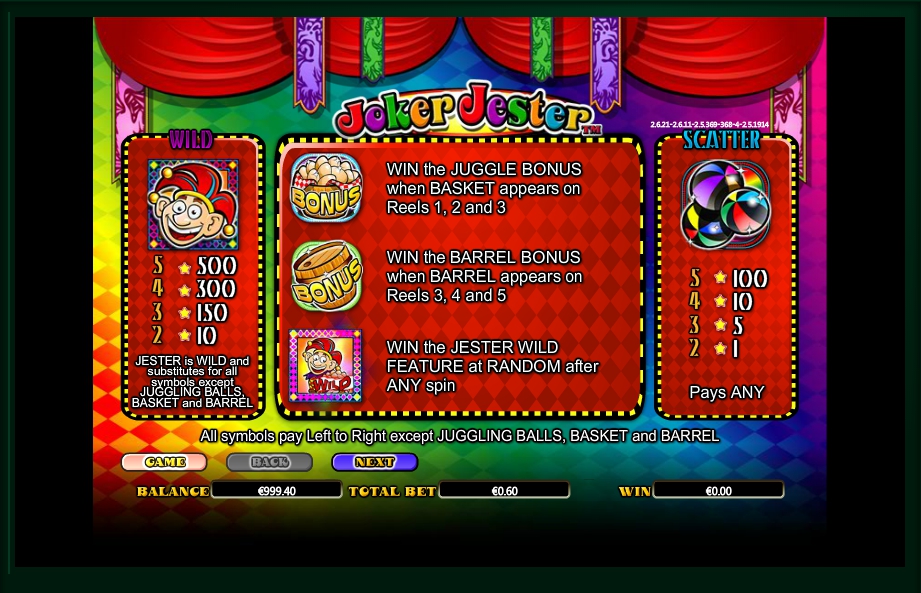 This slot machine will give you a lot of joyful memories and show how to remain carefree and cheerful in any situation. Jester is a person who lives at a yard and entertains the owners of a house and their guests. Do you want to feel like a nobleman? Then follow Jester during the game. Joker Jester has already prepared a lot of fun for you! After all, not everyone can afford such a luxury. As a rule, the jesters are associated with the Middle Ages, being almost a single part of any joyful event of that time. Therefore, don`t be strongly surprised if some bonus games seem a bit strange at first sight. The NextGen developers decided not to depart from the ancient traditions, and left everything the way it was several centuries ago, including its usual jokes and jokers. So, let`s get acquainted with everything and move towards the fun and traditions of the Middle Ages, the era of castles and balls!

Of course, it’s just impossible not to notice that the Joker Jester slot machine is made in the most vivid colours. It is created in the form of a tent, which opens in front of the user at the beginning of the game. Drums are located on a motley background, where you can see all the colours of the rainbow. The drums are made in the form of a board on which the balls of the playing lines hang. Here are all the necessary keys and information windows.

You can also turn the sound on or off, activate the auto game, with allows you to apply a minimum of effort and watch a spectacle, select a number of active lines, as well as a size of your bet. In addition, auxiliary windows containing useful information are located at the very bottom: the player’s account, the amount of money spent for one launch of the reels and the amount of winnings. An important feature of Joker Jester is a string with prompts. The reels start with the spin key pressed, and the inscription at the bottom of the screen wishes the user good luck. Above all this, under the dome of the tent, you can see the name of the game, decorated in the same way in different colours.

The Joker Jester slot machine offers its users several additional games, depending on the symbols appeared on the screen. Collect three images of the basket, which appear exclusively on the first, the second and the third reel, and play the bonus game called “Juggling Bonus”. In this round, the joker starts juggling eggs, adding more and more of them. The more their number is, the higher the payment amount you get. If the player is lucky to find a golden egg, the gamers winning will immediately increase in price. If the Jester managed not to break any egg, the user picks up the prize and turns back to the main game. Otherwise, you will return to the game until you pass. The second bonus game starts as soon as the images of barrels appear on the second, the third and the fourth reel. Choose any barrel to break until you find a buffoon hiding in one of them.

To have a good opportunity of getting into one of these games, wait until five images of the buffoon appear on the screen. They will begin to dance and jump over all symbols, making some of them wild, which can affect the payments and increase them. At the end of the game, you can transfer to a risk-game, which starts by pressing the gamble key. You are offered two ways to increase the amount of money: your winning is increased by 2 times by guessing the colour of the card, or it can also be increased 4 times by choosing the suit of the card with the correct answer.