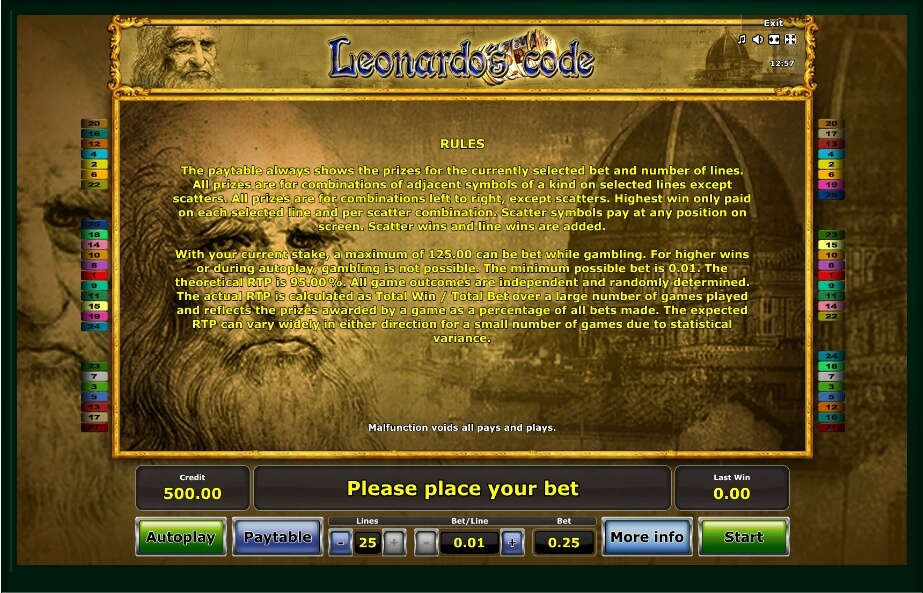 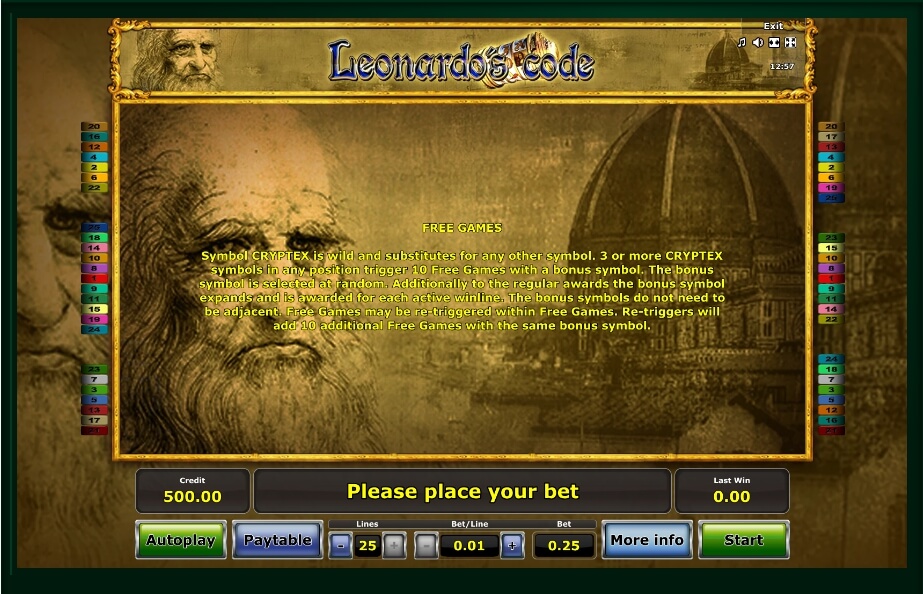 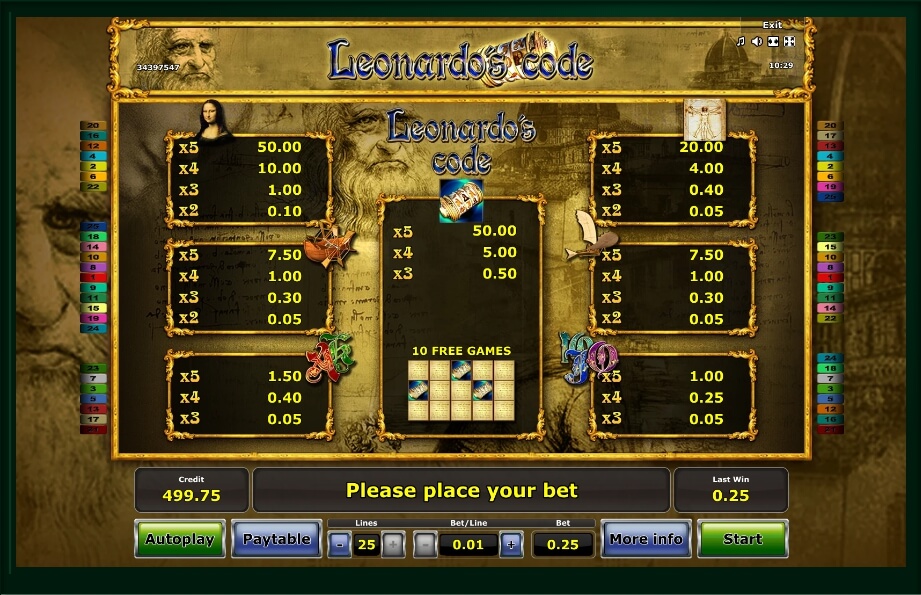 One of the most mysterious and the most interesting stories in the world finally appeared on the gambling market! The GreenTube Software developers offer players read a riddle of the past and become extra rich in several minutes! The adventurous video slot game will show you up Mona Lisa, Crypto Code that was created by Leonardo and bright shining letters. The high-quality graphics and animation will make you think you are playing with real pictures and crypts! Light sound effects on the background of the game will help you concentrate on the game better, while bright animation will inspire you for sure!

This is a smart video slot game that can offer players gamble both on their personal computer and on their smartphone at the same time. Two modes of the game will make it even easier to win the jackpot for sure! Entering the game, players will be able to see five reels on the screen and three rows in the game. This is a traditional version of the interface and players won’t have to get used to it. There are 25 winning combinations available in this video slot game. The amount of paylines is not fixed and you may change it manually. First of all, you have to check out a placement of lines in the game. To do it, just press the “Paytable” button in the game. To change the amount of winning combinations, simply press the “plus” and “minus” buttons that can be found on the bottom of the screen. The minimal bet in the game is one cent per one line. The maximal bet is ten coins per one winning combination. The best players will be able to win a 10 000 jackpot!

In this video slot game, the most important symbol it is a cryptex. It is both wild and scatter symbol at the same time. Cryptex symbol can be found on the second, on the third and on the fourth reel in the video slot machine. If there is one symbol like that on the screen, you may get all playing symbols replaced by more profitable ones. They will bring you not only more cash, but also more chances to get the jackpot in the game! The wild symbol in the ordinary game will also be able to help players get the winning combination formed quickly. It will put instead of white spaces on the screen needed symbols for you to get a reward! If there are three crypts symbols in the game, they will activate 10 free spins automatically and will also trigger one more attractive bonus option. First of all, we have to mention that during free spinning gambling sessions, the player doesn’t have to pay for a spin of reels. He/she can just gamble again and again getting more and more money during the game! Moreover, during free spins bonus symbols not only appear on the interface even faster but also get additional options. For example, all wild symbols will turn into expanding ones. It means, they will appear on the interface and full all reel with these symbols. It will make your chances to get the jackpot even higher.