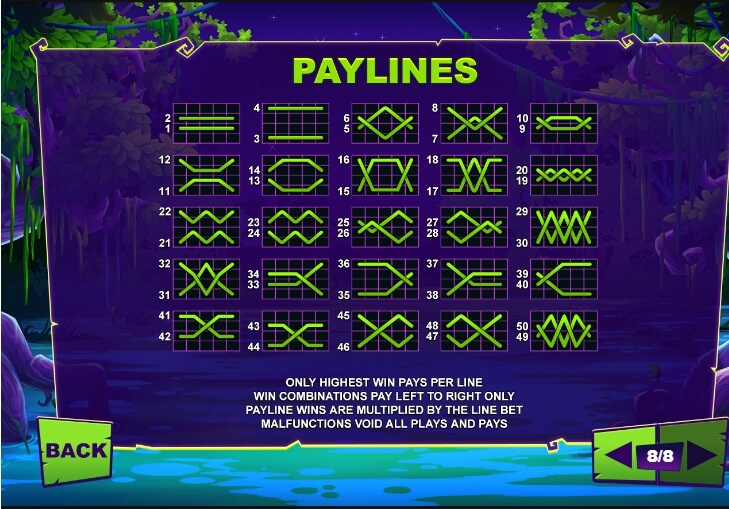 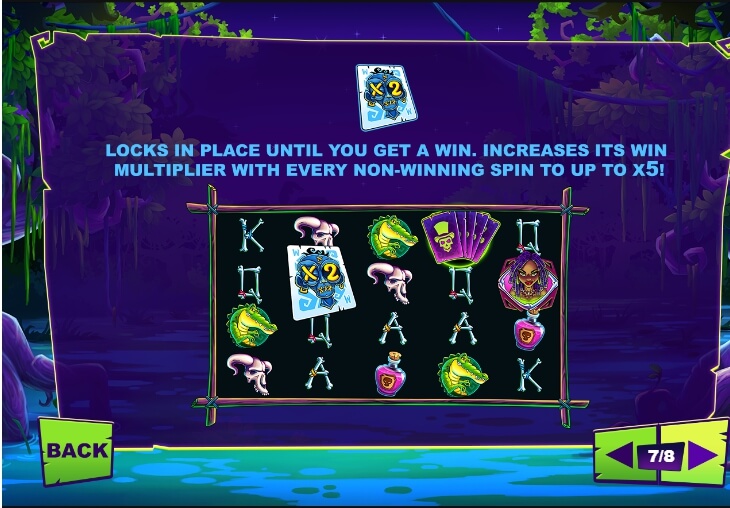 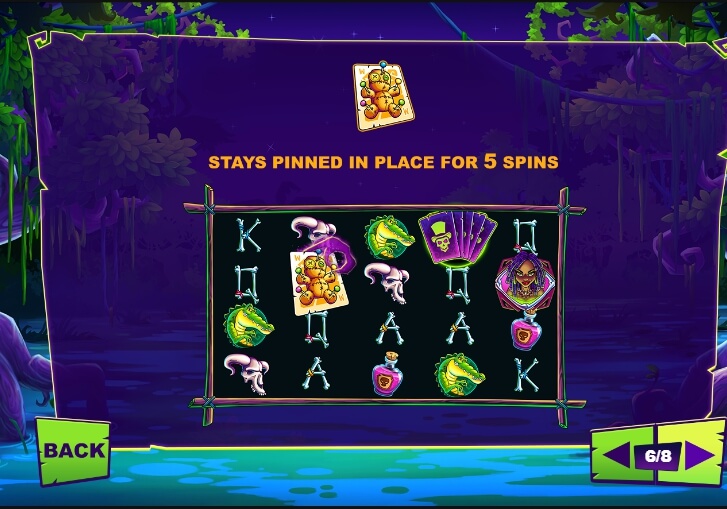 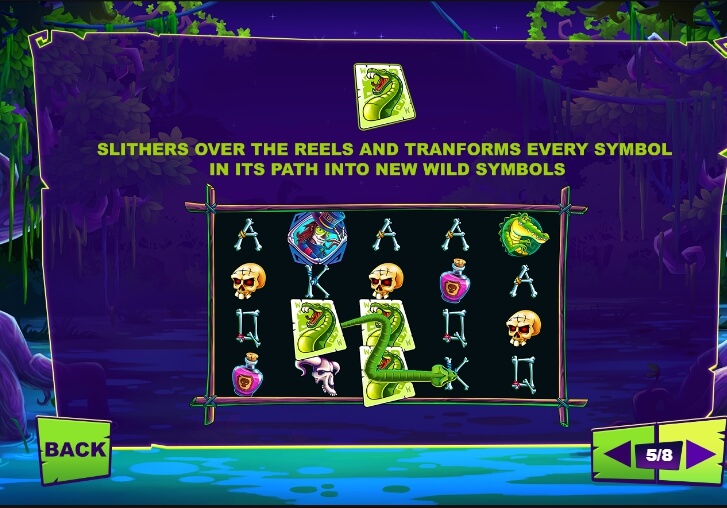 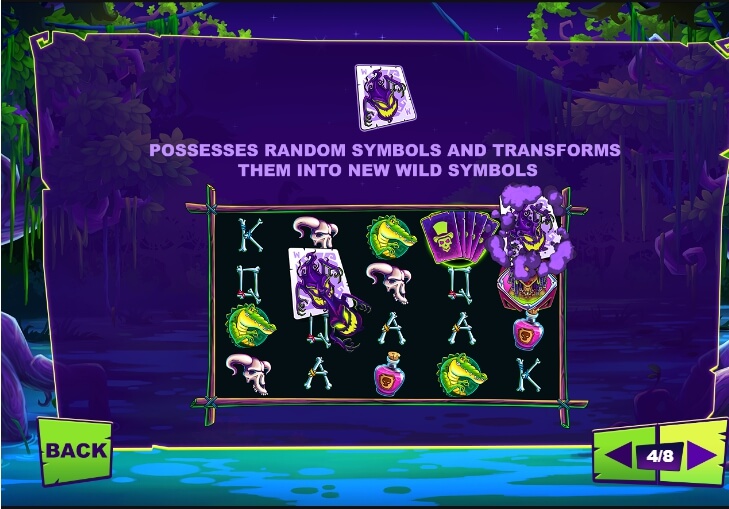 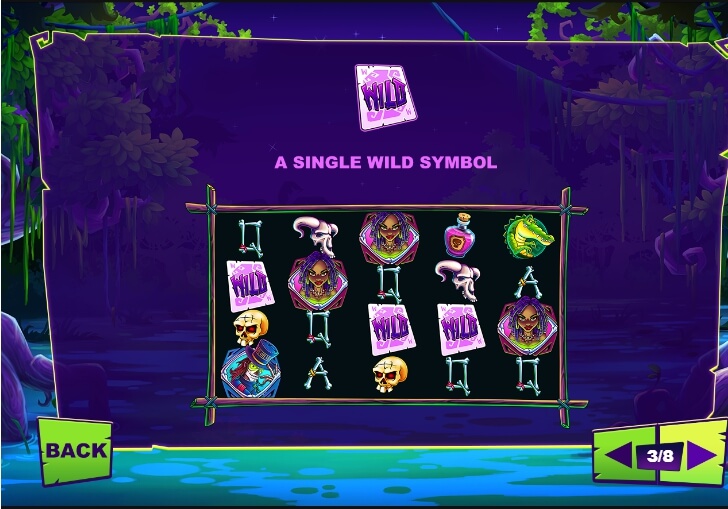 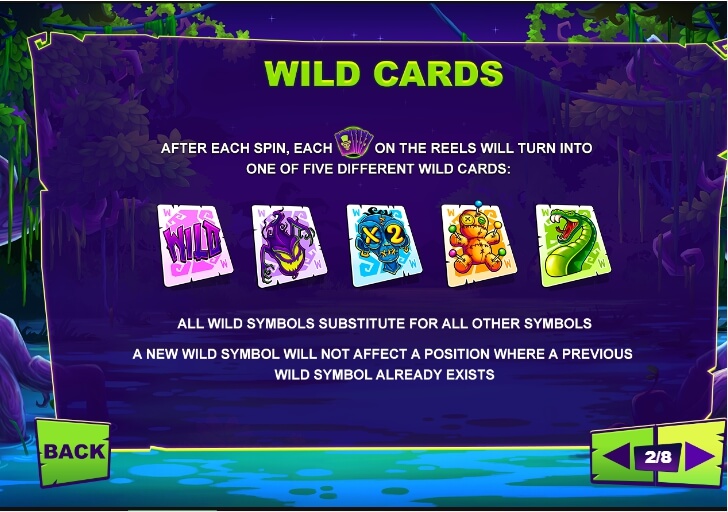 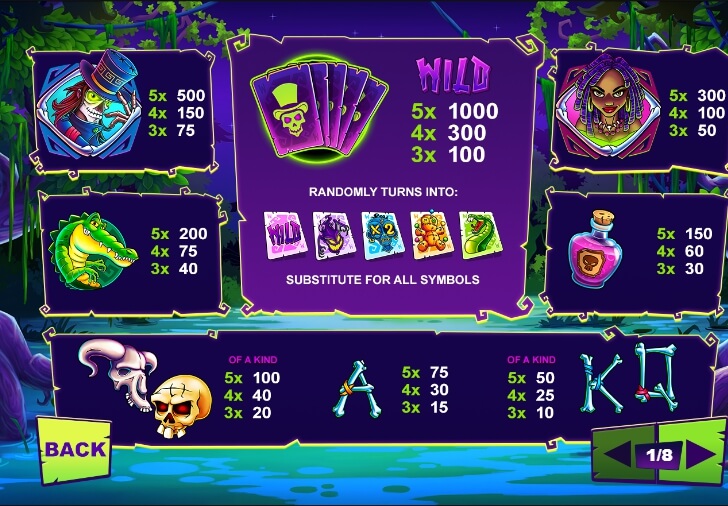 If you are a person who believes in magic and occult things, you will like the creation of Playtech for sure. The Maji Wilds online game is based on the Afro-American voodoo religion, its rites and beliefs. Everybody knows, if a voodoo doll looks like you, it’s rather a bad sign and you may have huge problems soon. Hope, this gambling wouldn’t bring us bad luck, but only real money and huge wins. The background becomes a marsh with green trees around. The atmosphere is terrifying, but realistic for such a theme. A voodoo girl, a crocodile, a voodoo man, a potion, human and animal skulls are symbols that you will see during the game. It is interesting that there are five Wild symbols at once here. Those symbols are hidden, the player can open it only in the case of winning. There are many creatures that are hidden under Wild cards, but they can bring so many prizes and bonuses that they must be opened for sure. The slot machine is full of surprises that look scary, but give many credits.

Start this casino game with placing a bet. There is an option that allows changing a bet during the game, just click on +/- buttons. Nothing helps as much as Autoplay, when it’s time to eat or to work and you don’t want to stop the game. This is the slot game with 5 x 3 reels and 50 winlines. By the way, gamer can’t change its number. However, there is no registration or download here, so don’t waste your time on other sites and play with us. The aim is to get three or even more same icons on the winlines and get a prize for it. Card icons are the least expensive, as they propose from 10 to 75 credits only. Better to win the voodoo man or girl, then you will get a bigger prize – from 50 to 500 credits. But the most expensive icons in this slot gambling are Wild cards. There are five of them and they give from 100 to 1000 payouts. You will see a snake, a voodoo doll, a man without eyes, a creature with glowing eyes are Wild cards. All of them have its own mission in the casino game, so watch what card you open.

Maji Wilds – What is hidden under the card?
Features and Bonuses

All features turn around Wild cards. Let’s see what is hidden under them and what bonuses we can get from it. The Wild card works as always – replaces other symbols to create more lucky combinations. The creature with glowing eyes absorbs other icons and makes new Wild cards from them. The snake creeps on the reels and turns other icons into Wild cards as well. The voodoo doll stays unmovable during five spins. The man without eyes stays on his place till your first win. A multiplier can rise and enlarge every win up to x5. So as we can see, there are a lot of chances to earn real money with those mysterious cards. And don’t forget about a jackpot, because you can get 50000 credits for one hit.