You can not play this game for free
For free slots game go
Play free
or
(14 votes)
Full screen: Report a Problem: close 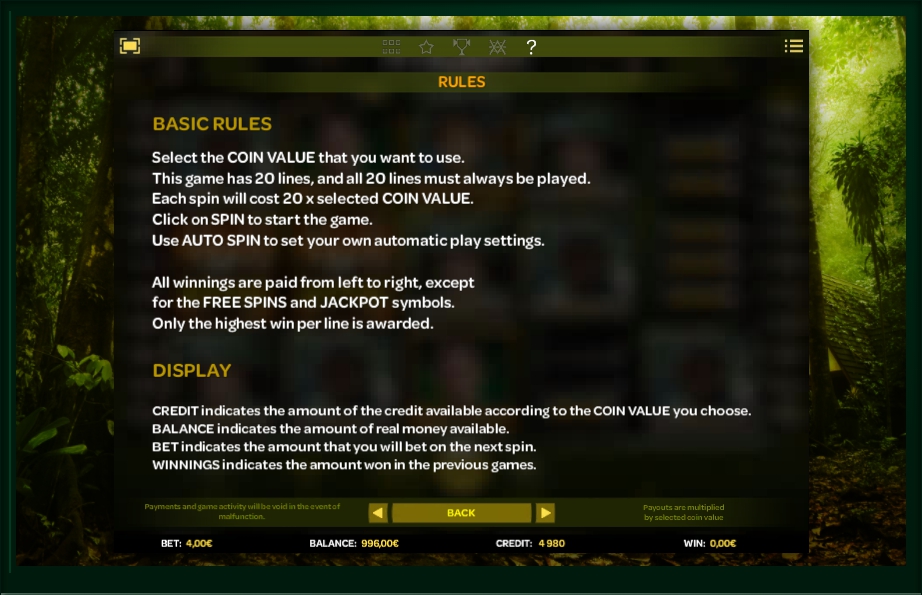 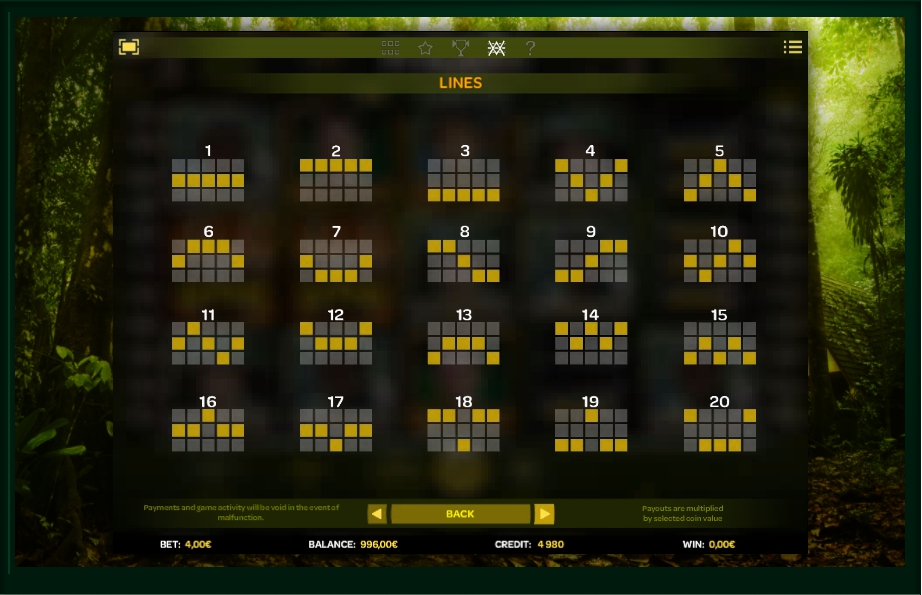 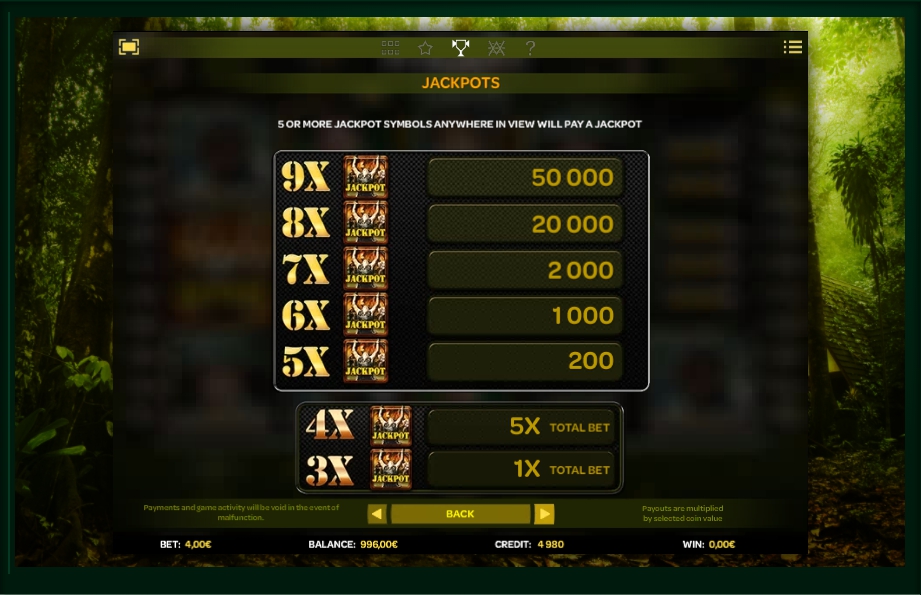 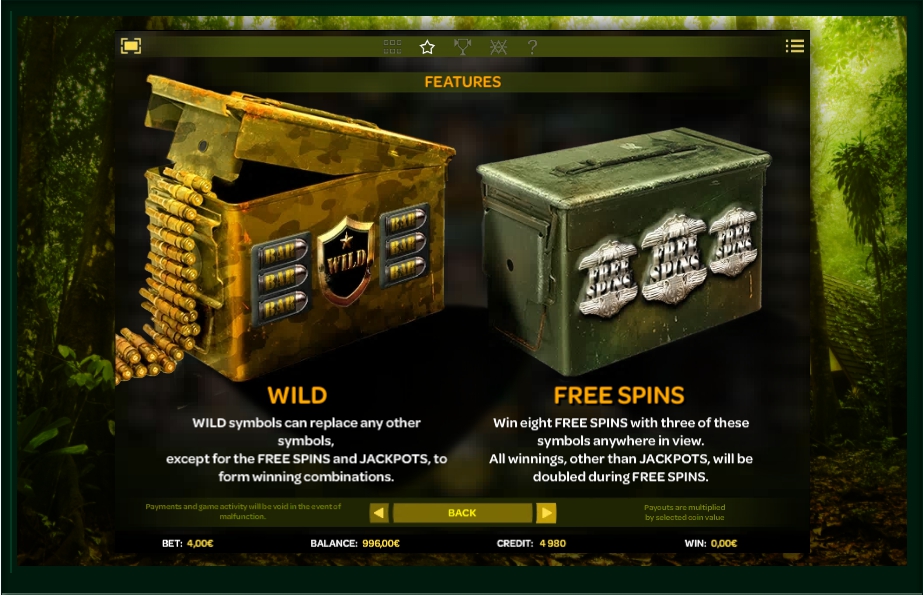 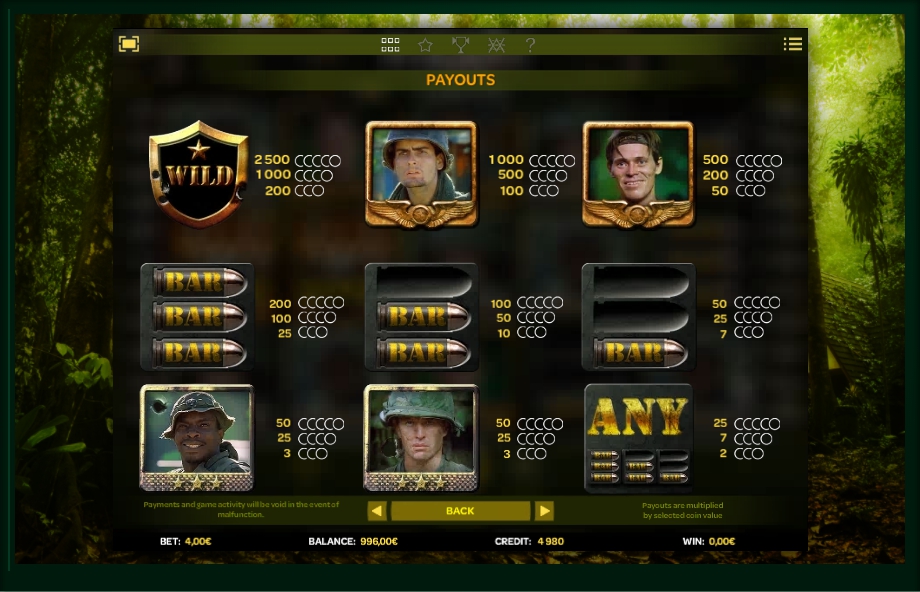 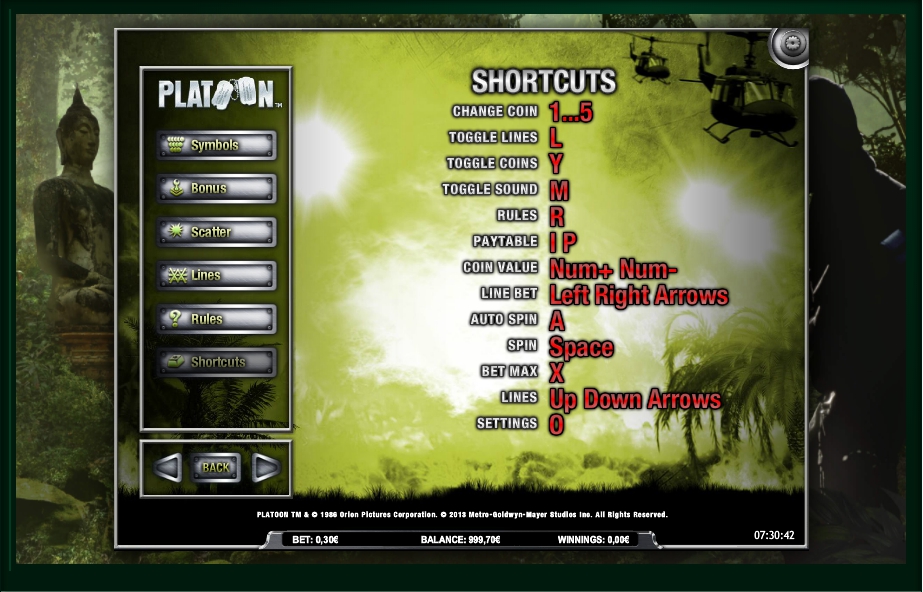 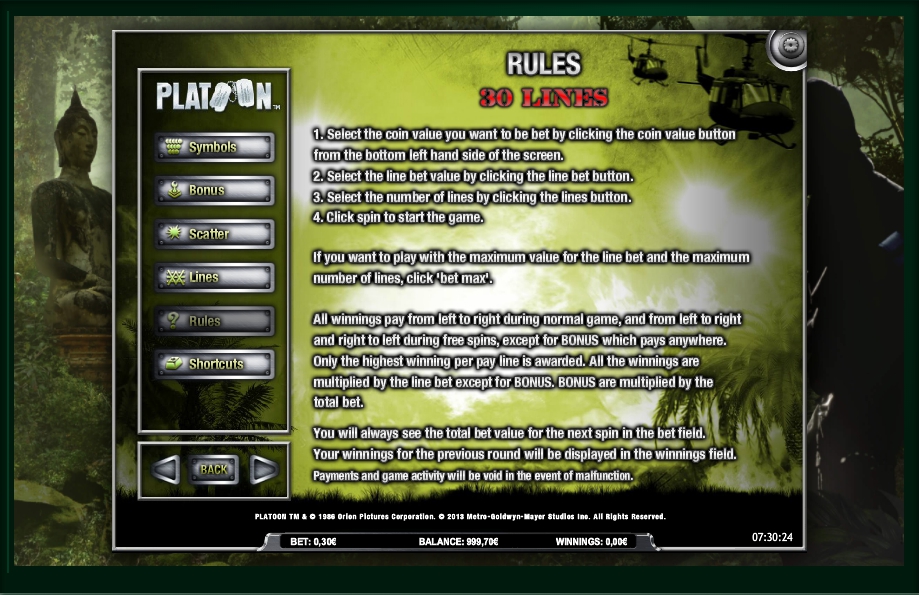 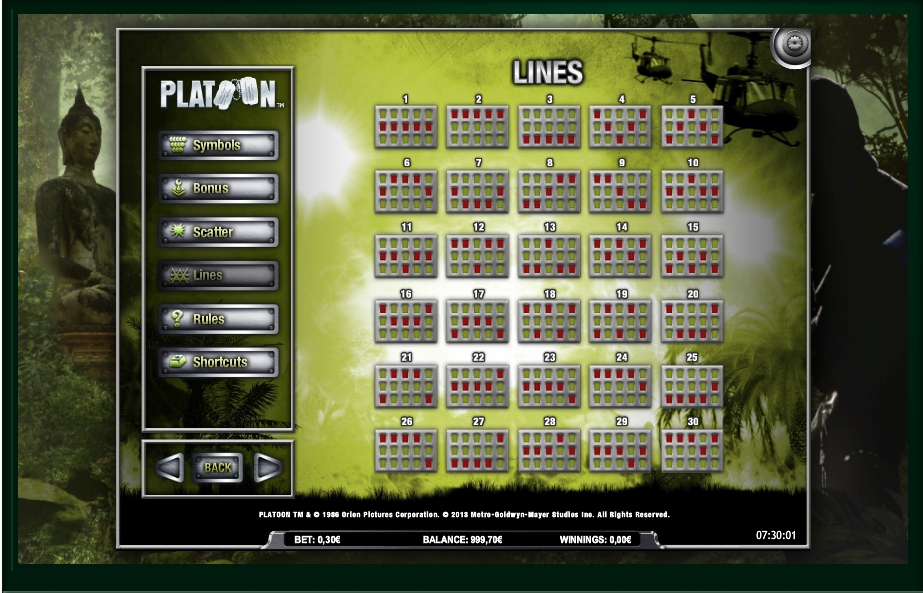 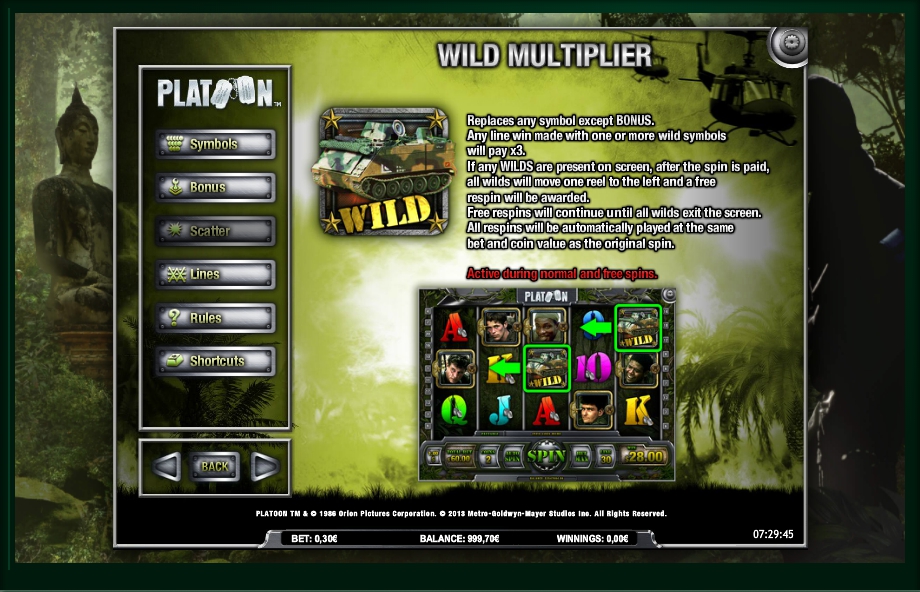 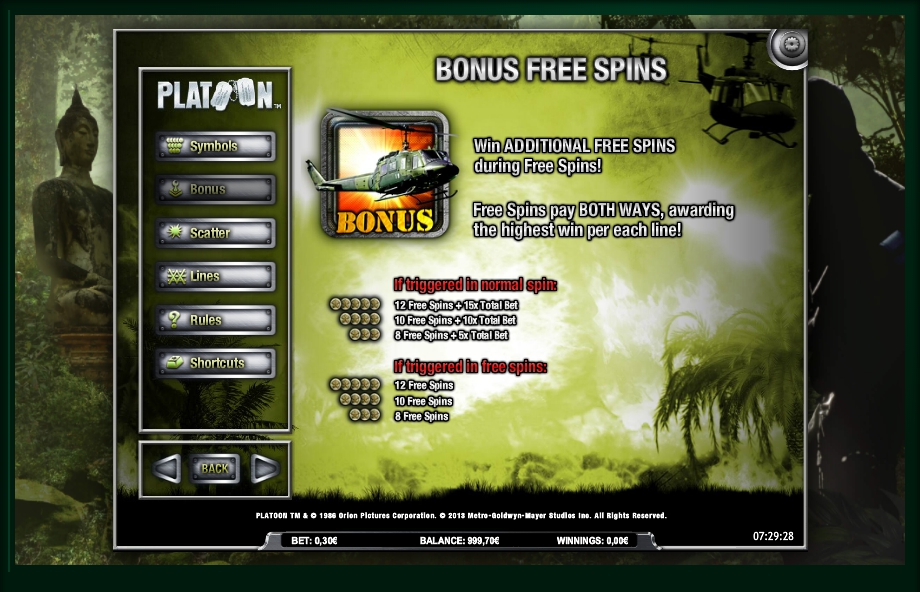 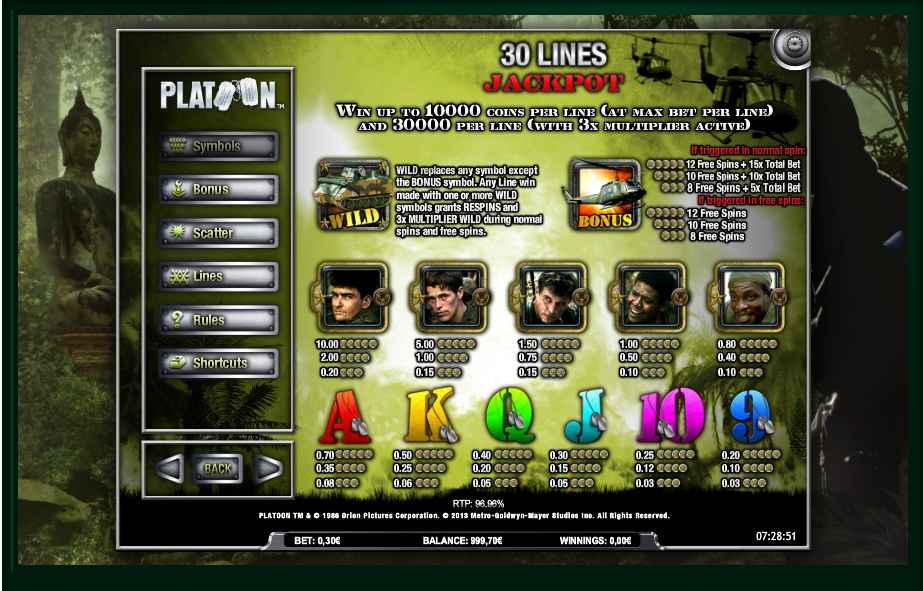 Stories about wars in the Vietnamese forests were so heart-wrenching that there probably was not a man left who would remain indifferent to them. Of course, this topic is often present in films and books. Any work of cinema telling about various incidents in Vietnam is doomed to success. After all, these pictures, like nothing else, are intriguing and fascinating, immersing the viewer in his world. Each boy in his childhood dreamed of holding a real weapon as well as riding on a tank or flying on a military helicopter. Now these boys have grown up and they have an opportunity to experience all that tense atmosphere, not risking the health with the use of the “Platoon slot game from the iSoftBet company.

No matter how many movies were created with a similar theme, iSoftBet paid attention to the film Platoon. The heroes of the online slot were also taken from the movie. On the background is a Buddha statue on the left, standing in the middle of the jungle. On the right, the player meets a soldier holding a gun. Considering a visual design, here green colors predominate. Animation and graphics are also at the highest level. At the same time, the music for the slot is chosen so ideally that, at the first opening of the game window, any person feels present on the battlefield.
The style of the icons in the slot is also consistent in one direction. To begin with, the user will need to select the number of playing lines from 30, put a bet on each of the lines and determine the cost of one game coin. To the left, the player will be able to see a bronze button on which the total bet will be displayed. Next, making sure that all the settings are correct, the player can press the spin button. In addition, it is worth noting the presence of the automatic mode.

Wild is represented by a Tank. It substitutes for all pictures, except the Scatter and the Jackpot images. When Wild helps to form a profitable combination, a x3 multiplier is added. Wild then moves to the left and a re-spin is awarded. Free Spins logo here is Scatter. Regardless of their position, at least 3 Scatters trigger the Free Spins feature. Namely, 3, 4 or 5 Scatters activate 8, 10 or 12 Free Spins respectively. All wins are doubled throughout the Free Spins feature. Customers need to land at least 5 Jackpot pictures anywhere on the reels to win a progressive jackpot. Keep in mind, the winning combinations can be formed in both ways: during Free Spins and because of the Jackpot wins.