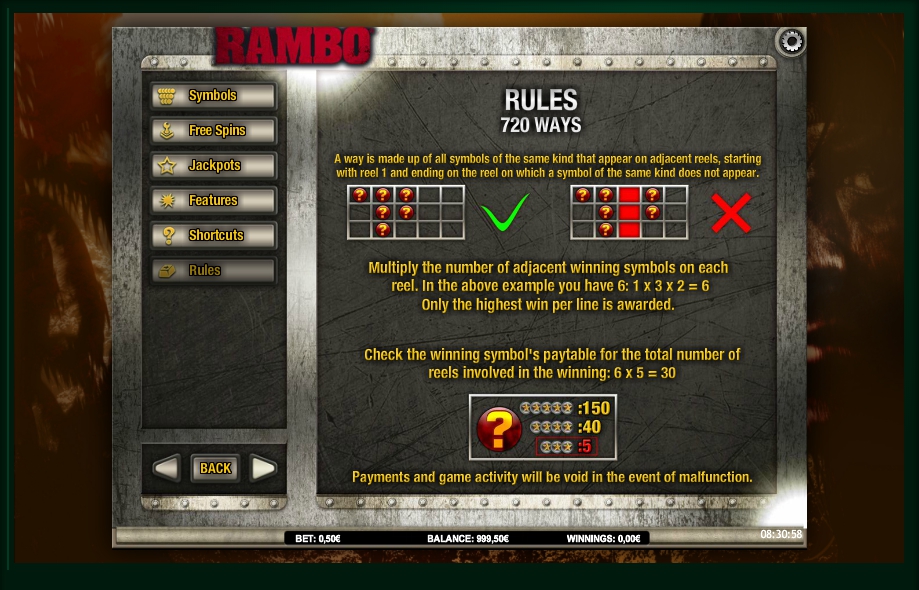 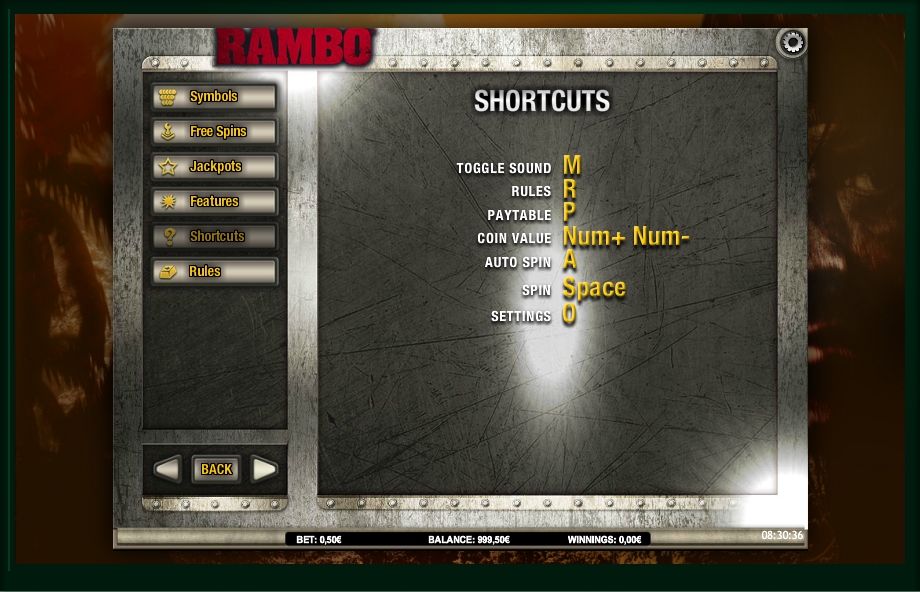 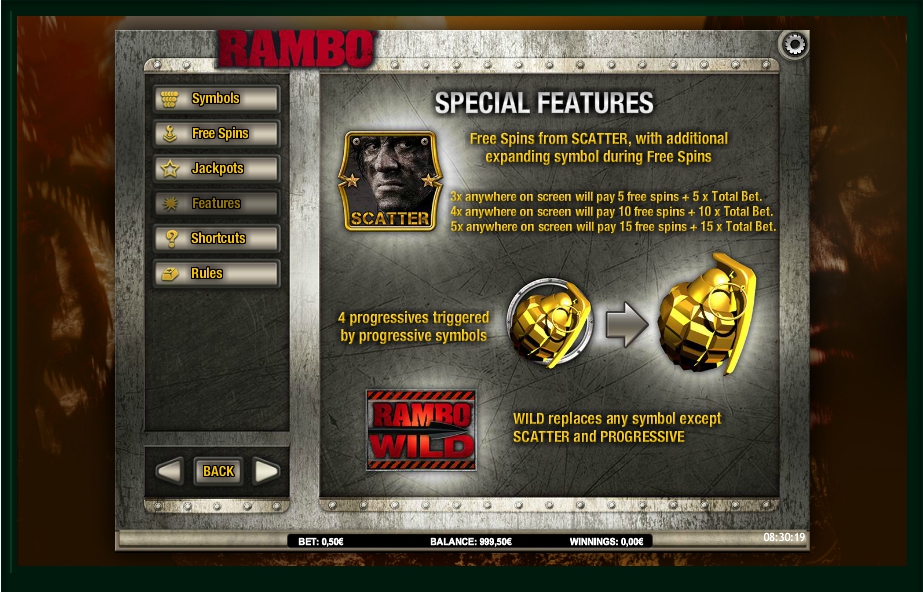 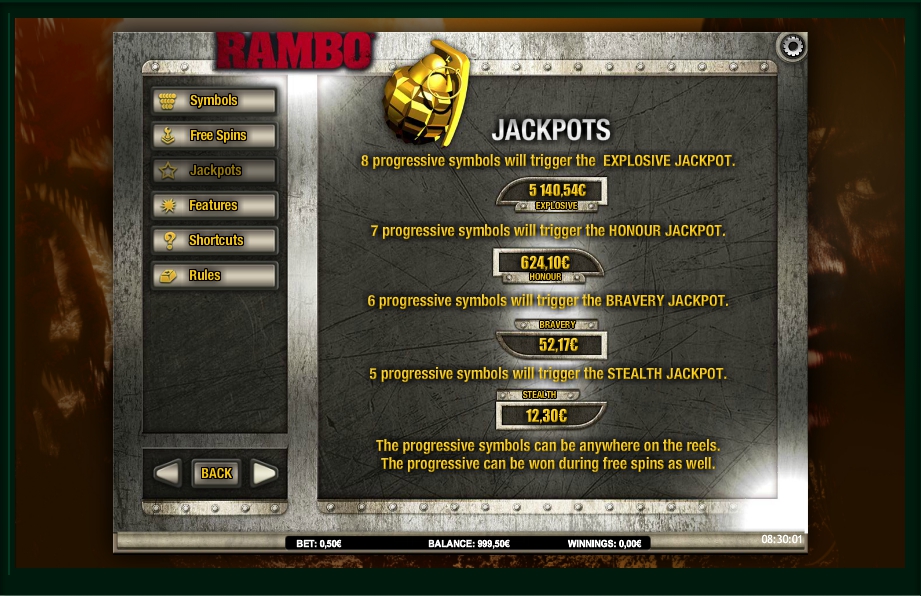 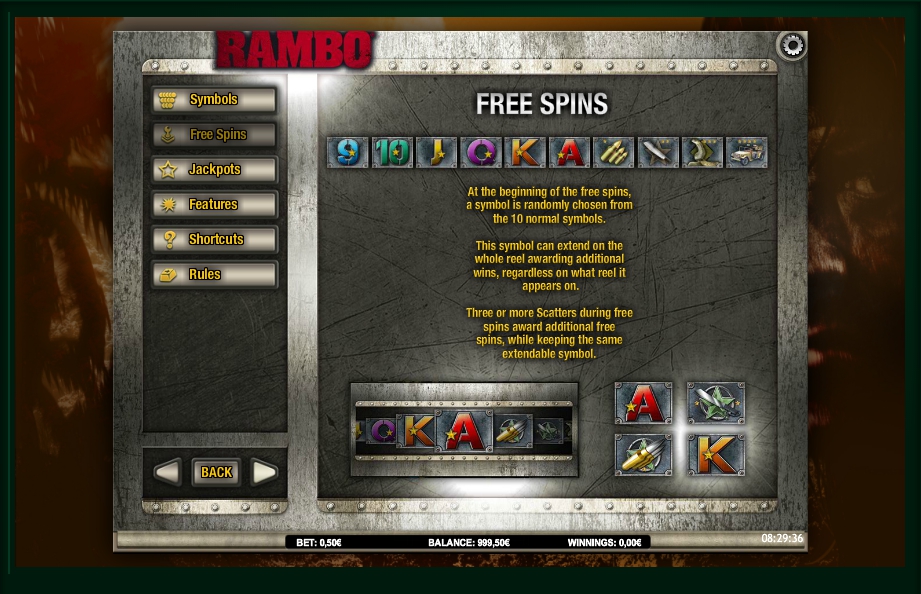 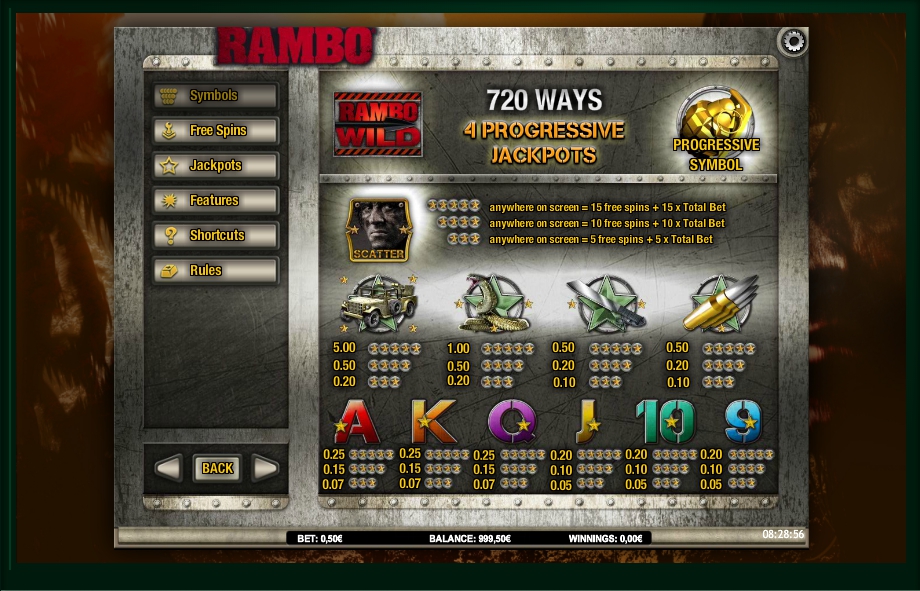 This film is about a brave and experienced soldier became a hit in the 80s, and John Rambo became a real legend. Inspired by the success of this film, the directors extended the plot and at the moment they are preparing to release the 5th part of this film. Meanwhile, producers of gambling content release themed slots based on the plot of a popular movie. So, iSoftbet has released the video slot “Rambo” of the same name that will take you to the jungles of Vietnam. Here you will meet with Sylvester Stallone and complete all the missions. If you are not afraid of difficulties and you are ready to defend your homeland, then the main character will give a lot of benefits!

The developers did an excellent job with their work and created a masterpiece. The background image displays the jungle at sunset and a portrait of the legendary Rambo. The playing field looks amazing. It contains thematic symbols made in 3D format as well as 5 reels with 720 pay lines! Can you imagine how many combinations appear in each round? The character set includes machetes, ammo, cobra and other images that recreate the atmosphere of the film. In addition, the icons have animation effects and you will see them after each victory. Note the additional windows surrounding reels: Bravery; Stealth; Honor; Explosive. As you already understood, they represent 4 progressive jackpots and the participant always has high chances to get one of them.

Vietnamese jungle is a dangerous place. If you want to reach the finish line and win real money, then learn the rules in the Paytable section. In addition, you will find information about bonus rounds and all the symbols that appear on the playing field. The number of lines is always = 720, so the player only needs to make a bet by pressing the BET key. Rotations are started with two buttons: SPIN and AUTOSPIN. The first one makes single rotations, while the second activates the automatic mode. It all depends on your preferences.

This video slot must have bonus options, is not it? Rambo performs many functions. For example, it appears in any cell as Scatter and gives 5 to 15 free spins with an x5-x10 multiplier. Before you use these rotations, the system will select one element that gives additional coins.

Rambo Wild can appear at any time. It does not give payouts, but it replaces standard pictures that helps players create a new combination.

Of course, all gamers want to win one of the progressive jackpots. If you came to perform this task, then catch a few progressive symbols on the playing field.

Finally, another feature of the slot machine is that you can play for free on our website. In this case, you do not need to spend time registering and risk money. Play for fun anytime!