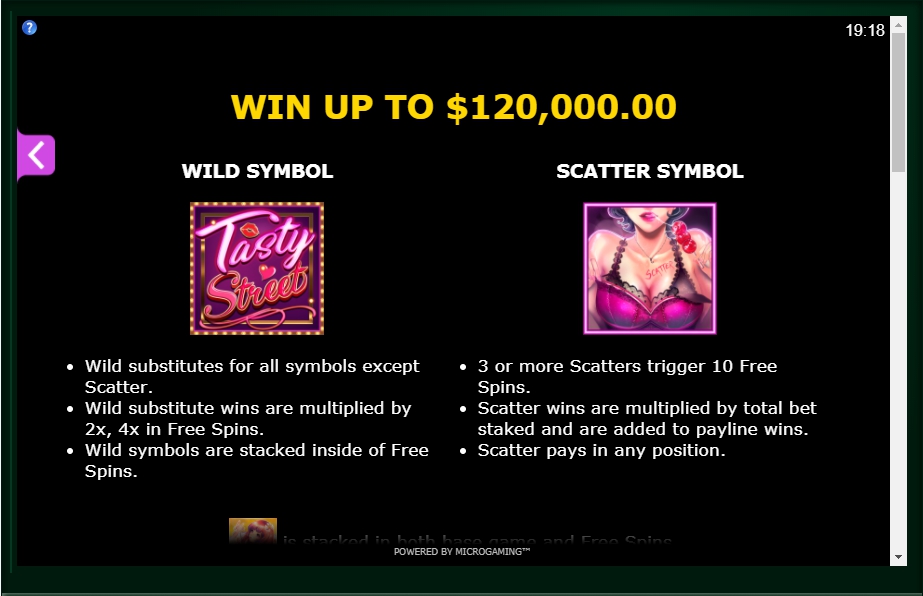 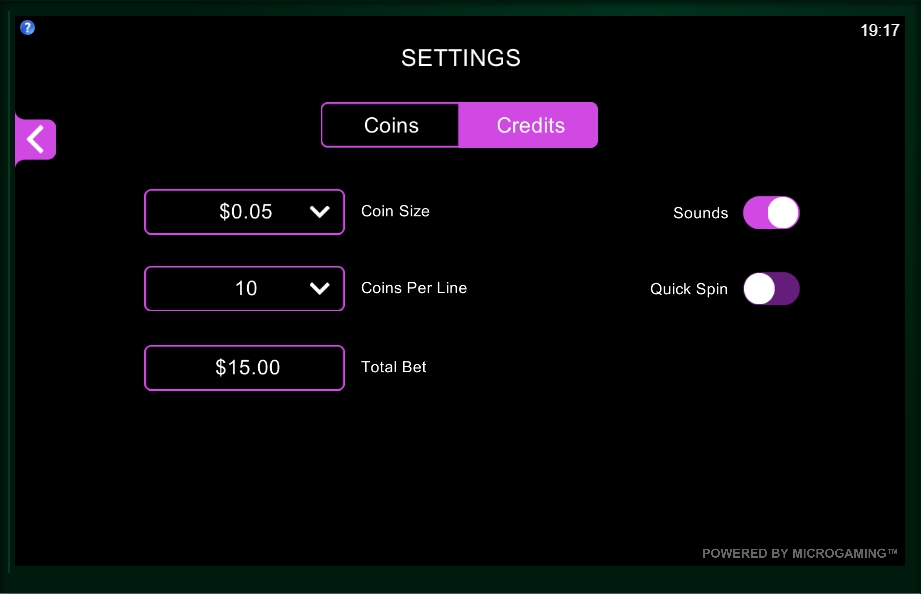 The Microgaming‘s developers have thought how to satisfy all people, who play online casinos from their home – demanding women and gambling men – and created this video slot, which contains all the pretty dishes of Japanese fast-food and hot girls. Regardless of whether you are a man from Las Vegas or a woman from Madrid, you will find yourself in an absolutely unknown Asian city. If you feel lost there, you must learn the rules and interface of the Tasty Street Slot right now!

Gameplay has a seductive and tasteful flavour

Five reels are sat on a night street, illuminated with neon signs of shops, restaurants and clubs. Before being fully absorbed with the exciting slot’s game, concentrate on the present buttons:

The option that is named ”Autoplay” can save you from boring clicks on the ”Spin” button. The symbols in the Tasty Street Slot are divided into two types: the ”fast-food” icons (baked squid; two pinned on toothpick meatballs; four punctured with a toothpick green asparagus; two pieces of baked fish on a small black plate and two juicy lightly-ruddy shrimps on a round saucer) and the ”girls” ones (a red-haired in a ruby dress; a blonde in a very frank golden dress; a reminiscent of a princess of elves girl in azure top and green trousers; a blue-haired in an extremely frank suit and a girl with aesthetically trimmed purple hair in matching shade of an embroidered dress).

These symbols look like the Manga characters very much. (Manga, in the form in which it exists at present, began to develop after the end of World War II, having experienced a strong influence of the Western tradition, but it has deep roots in earlier Japanese art. In Japan, people of all ages read the manga, it is respected both as a form of fine art and as a literary phenomenon, so there are many works of different genres on a wide variety of topics: adventure, romance, sport, history, humour, science fiction, horror, erotica, business, and others. Since the 1950s, the manga has become a major branch of Japanese book publishing.)

A rosy text ”Tasty” with a tiny red shape of the woman’s kiss and the red one ”Street” (with small heart over the first ”e”), which is written under, contain a logo of the Tasty Street Slot, playing an important role as the ”Wild” symbol. It can replace all the icons, except for Scatter, and help you in making winning combos. A portrait (visible is only a lower part of a face) of busty hostess wearing a luxury lilac-violet corset is exactly Scatter and can multiply winnings by 2 or 4 times. Gain ”Hostess” more than 2 times and you will see a new screen with a feature that is present in many slot machines. Here, in the ”Free Spins” you can get ”10 spins”.