The wild west is sometimes so charming and distant, and at times dangerous and unapproachable. Many people would like to visit a typical town in the Wild West, to experience the whole atmosphere of the desert and life away from a great civilization. Next Gaming Company decided to provide such an opportunity to all comers, releasing the plot game machine “Wild West”.

Inspiration platform draws from numerous films and books about the picturesque Wild West. The slot will take the user several centuries ago, in the days of cowboys and endless skirmishes. Therefore, given such an original orientation of the machine, the charge of energy and the sea of ​​adrenaline can be received by every guest. The interface of the online game is quite interesting, and many players will like it. For example, on the screen instead of boring monochrome wallpaper, the client will see a saloon in which cowboys like to rest. It is worth noting that the graphics on the machine is bright enough and thoughtful to the smallest detail. In a word, it seems that the guest is somewhere in Texas. Visitors will also be pleased with the animation support of the slot, which appears on the screen after the prize completion of the rotation of the reels. A special feature of the machine can be considered a jolly musical accompaniment in the country style, against which you can hear the sounds of shots. 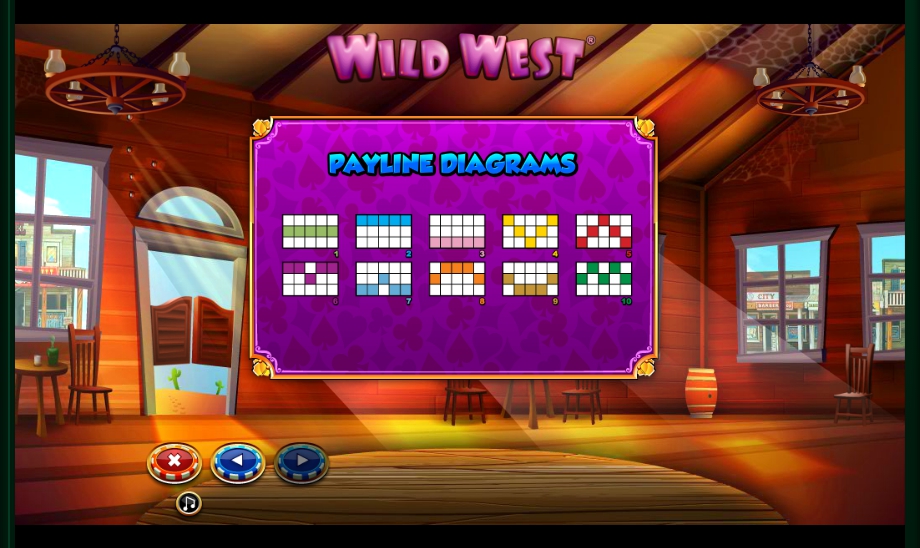 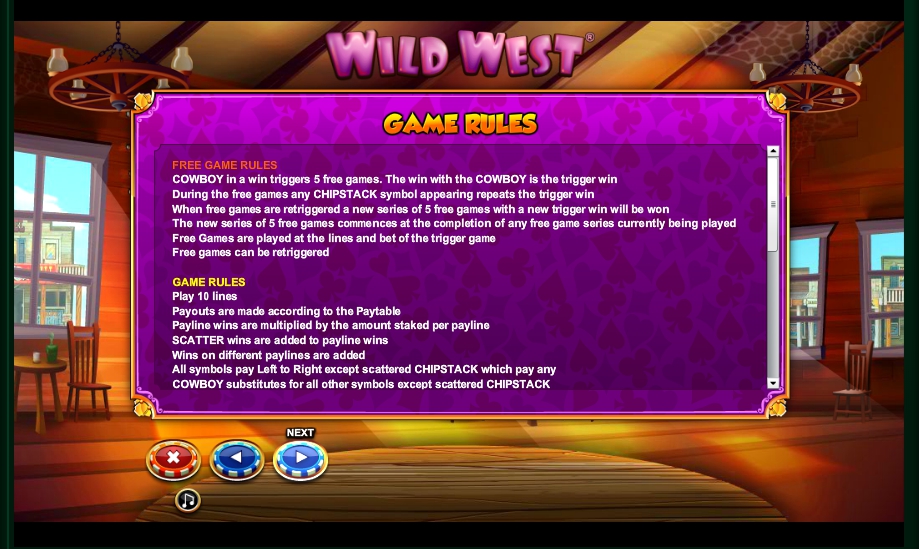 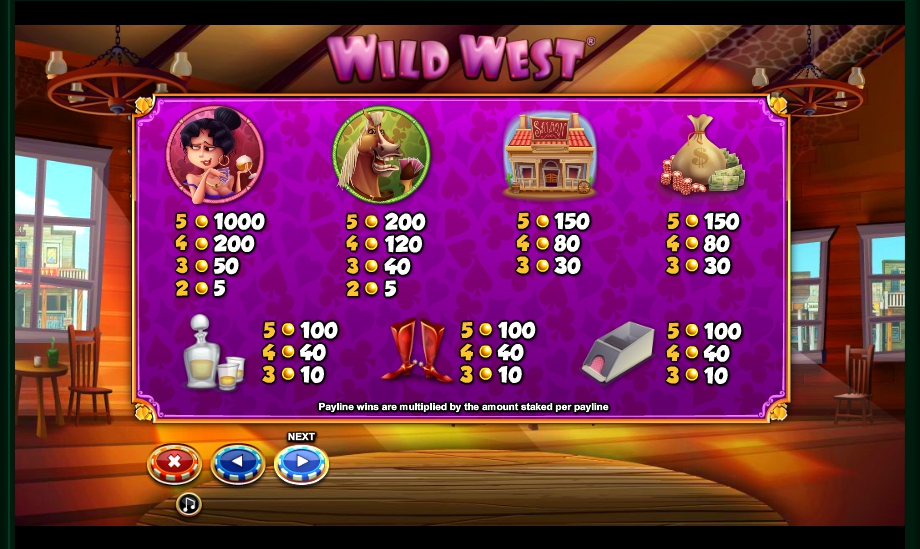 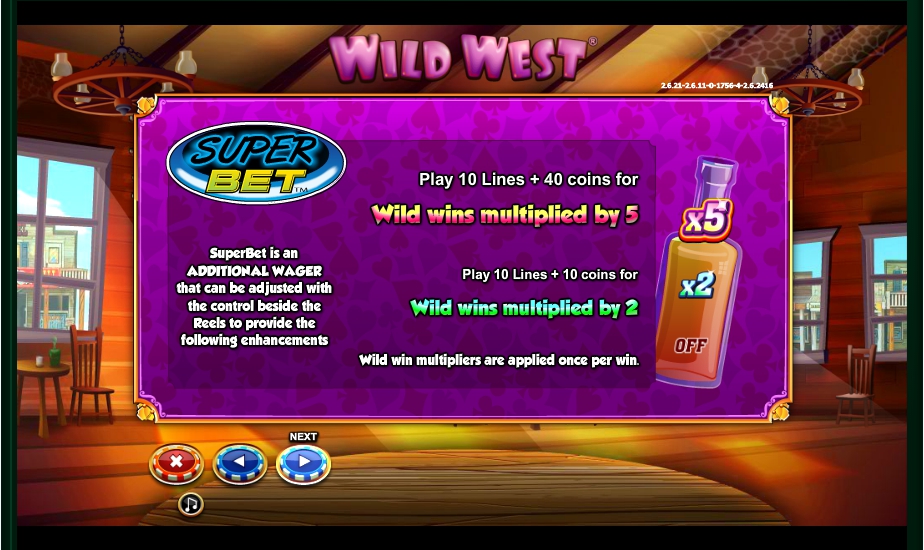 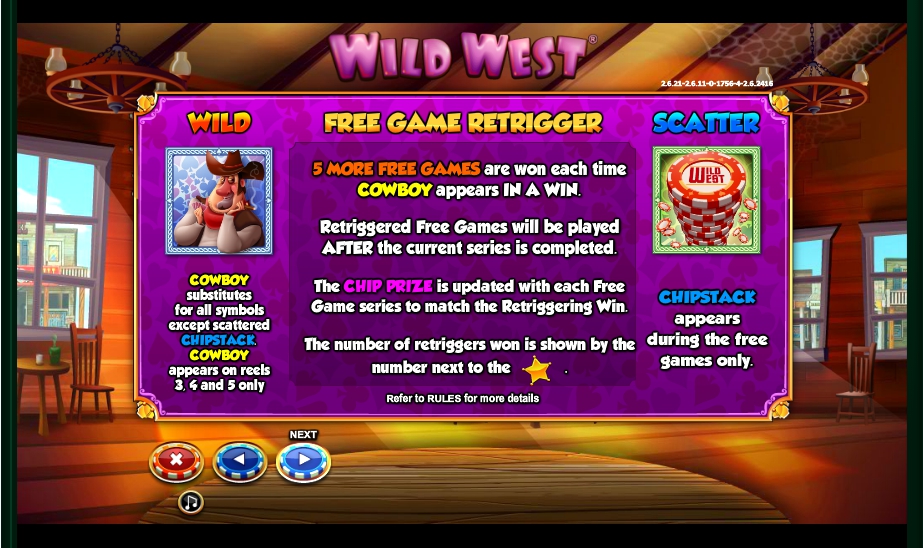 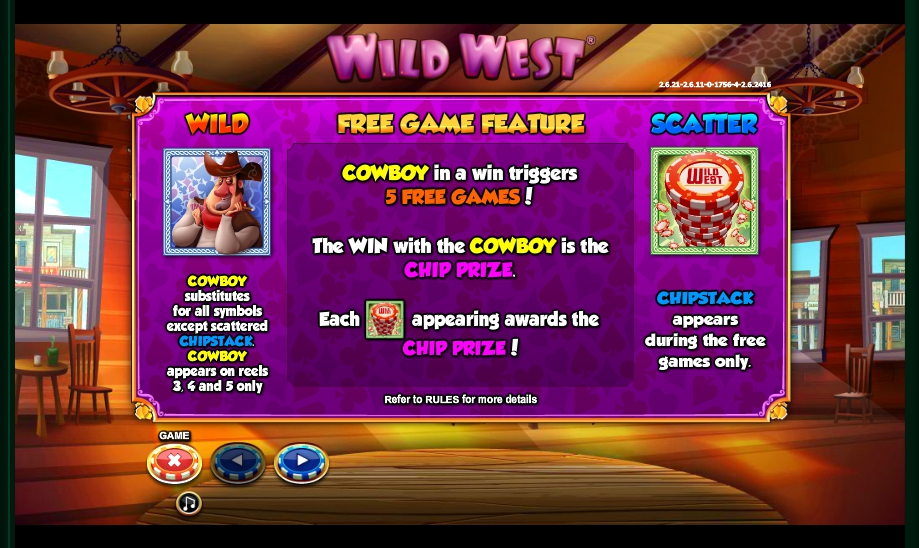 So that the client can go for generous prizes and start a rally, first of all he needs to decide what rate will be used in the game. Solve this issue with the help of special keys in the form of a red and blue arrows, which are located in a window with a picture of coins. In addition, the “Wild West” automatic machine also has a special option “Super bet”, with which the visitor can double the rate for one rotation. You should take into account the fact that you do not need to choose the number of active lines to the client, the system automatically uses all ten lines in the drawing. Now, the user can start the reels by simply pressing the green start button. For those guests who want to get rid of frequent keystrokes, the device can offer to use the automatic mode.

Clicking on the chip button featuring the heart and clubs leads players to the Gamble round. If they guess the color of the face-down card correctly, their sum is doubled. Guessing the suit quadruples the winnings. Wrong guesses, however, lead to the loss of the amount. To leave the feature on their own, players can press “Take Win” and save their winnings. When the Cowboy is in a win, 5 Free Games are activated. Re-triggered Free Games are played after the first round ends. Each Chipstack symbol that appears awards the Chip Prize. The main jackpot here is 1000 coins.