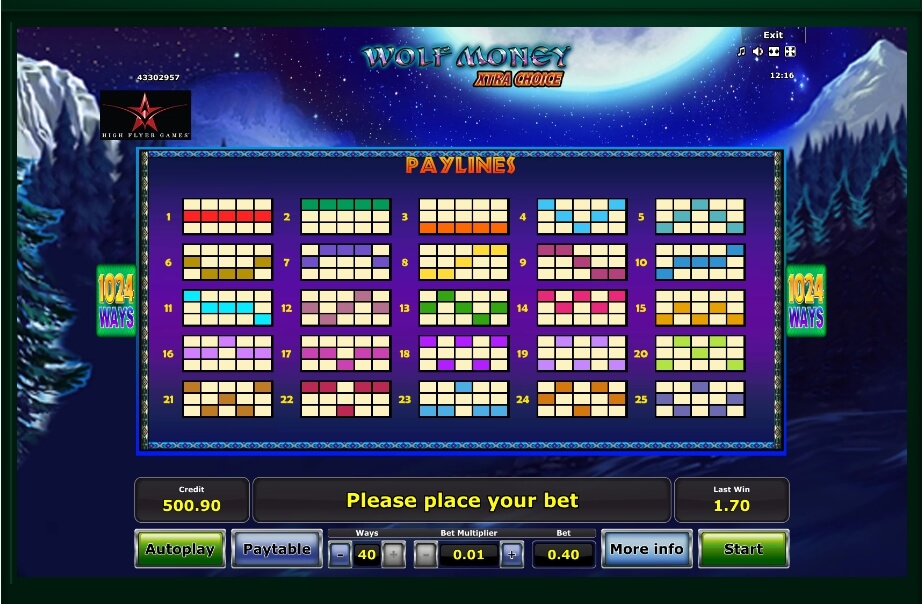 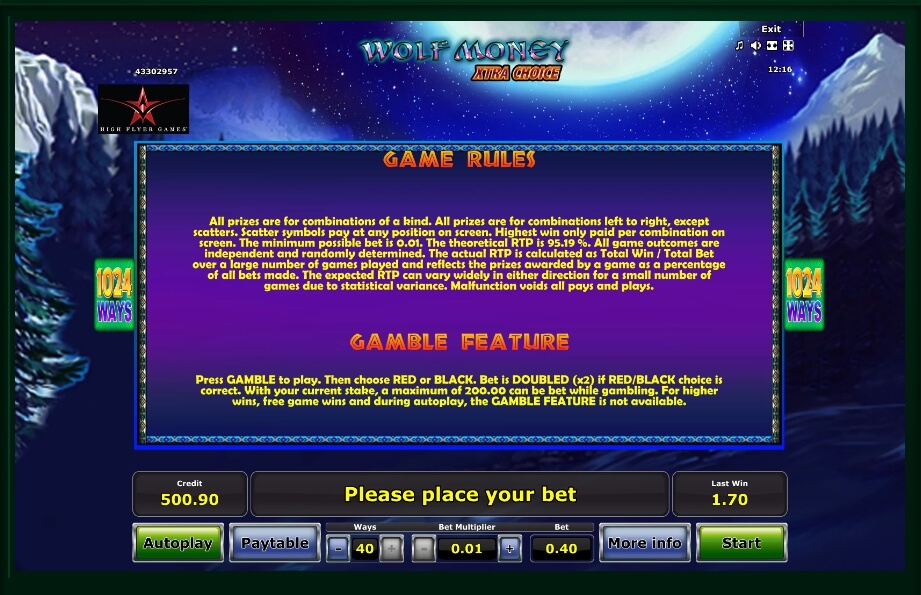 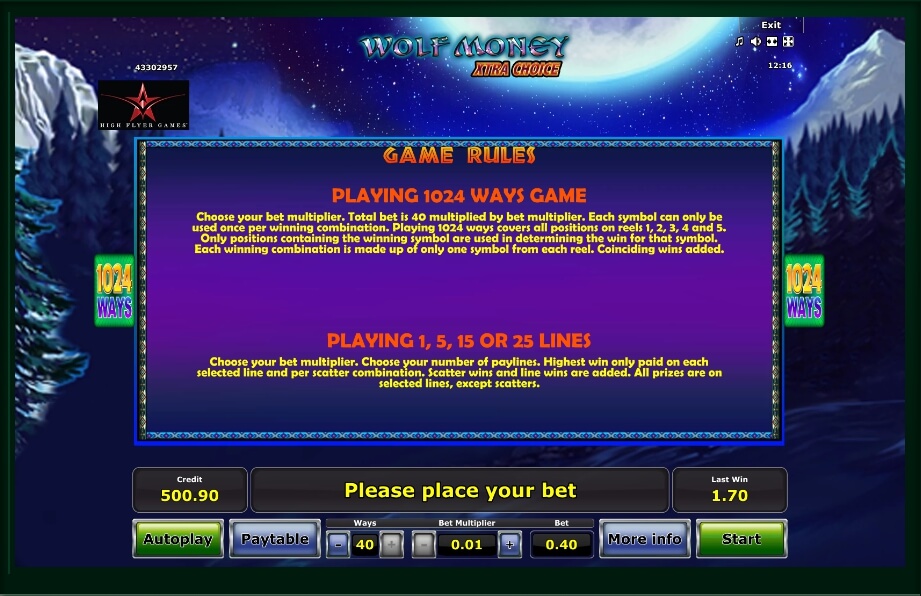 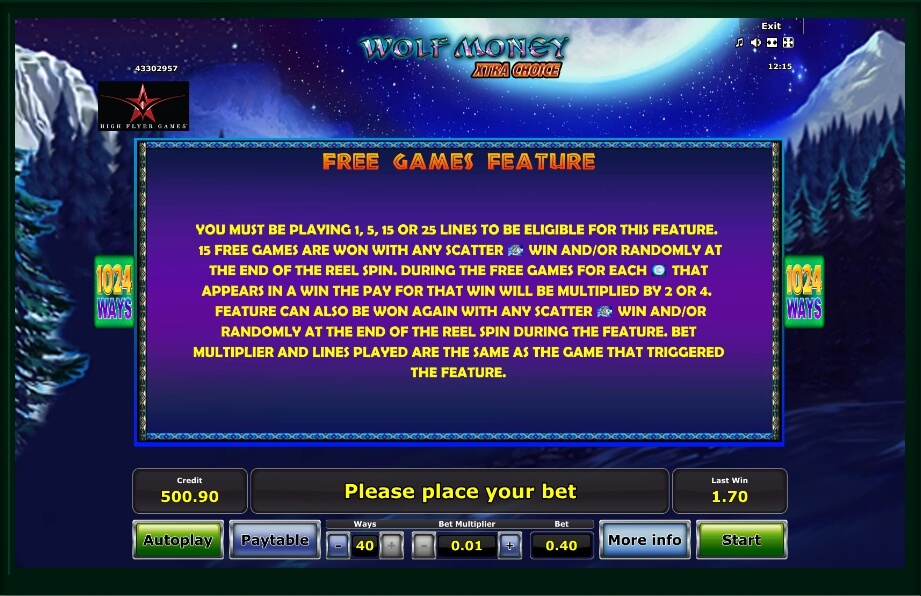 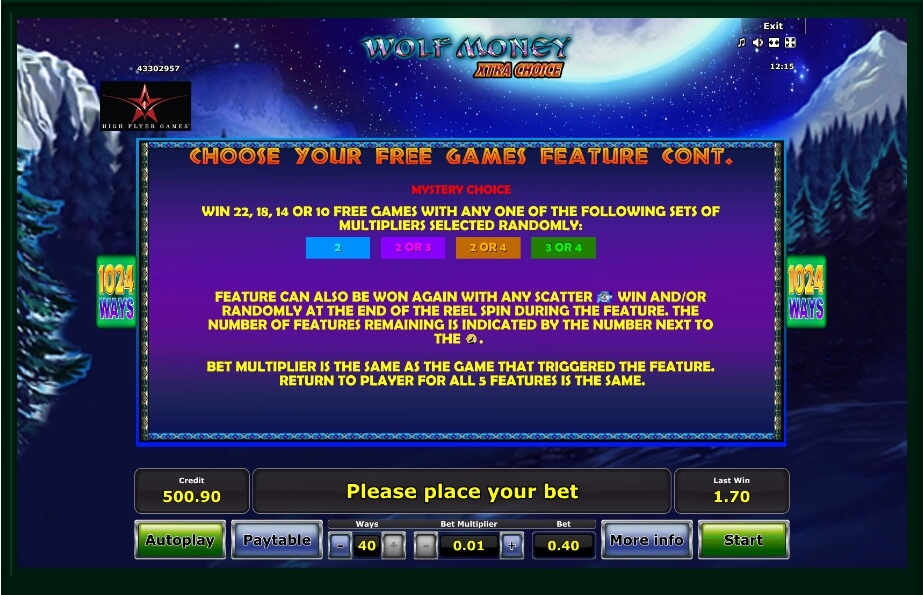 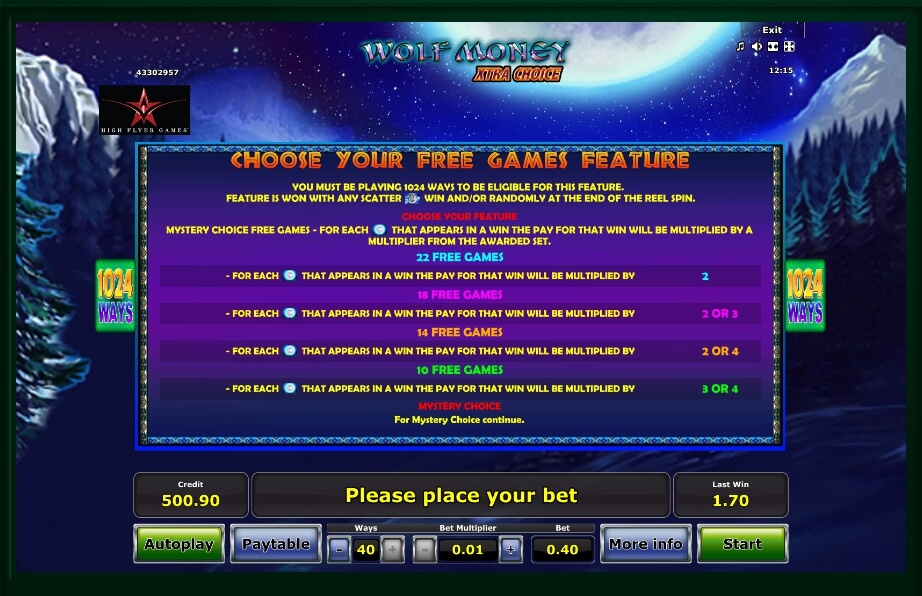 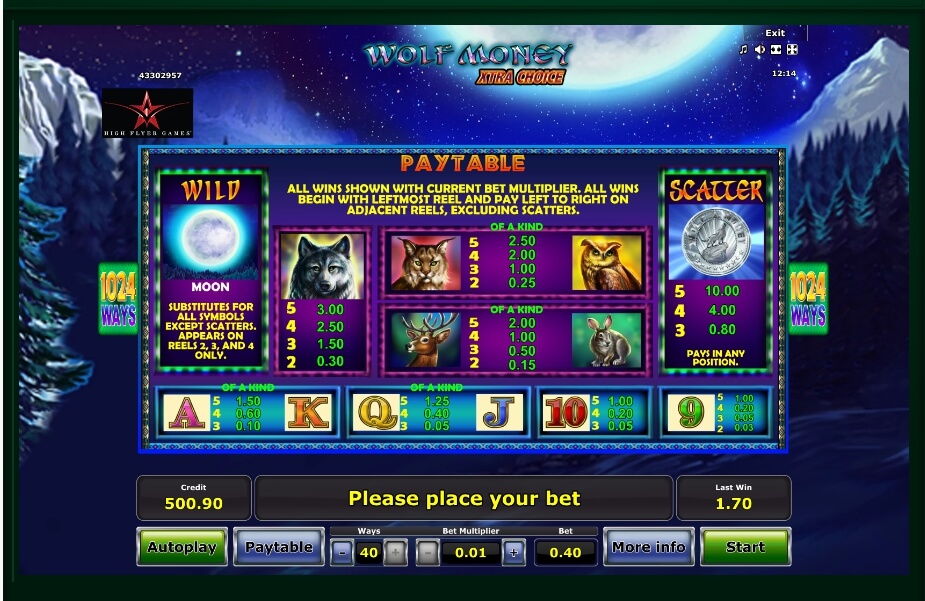 In the culture of the North American Indians, who considered themselves part of nature, wild animals occupied an honorable place. The image of a wolf that symbolizes strength, leadership and victory has entered into their life and culture. The ancient Indians made special ritual masks and totems with the wolfish face. Today, the image of this beast is often depicted in the different cultures of the world. The GreenTube Corporation has released a video slot that is also dedicated to this noble animal. Professionals were able to fully describe the flora and fauna of the cold north in the “Wolf Money Xtra Choice” slot.

This is an interesting slot machine that is suitable for every player. In this version of the game, the participant will visit the north that has a unique flora and fauna. By the way, all the representatives of this world are depicted on 5 reels with the background of a stunning landscape. Here is a dense forest, snowy mountains. The upper part depicts bright stars and the large moon. It is known that the moon also has sacred significance in the culture of the Indians. During the game you will enjoy a beautiful image of majestic animals. Each action will be accompanied by the dynamic music. During big wins, animations and characteristic sound effects will appear on the screen.
The game offers a modern and convenient interface. As we said before, all the actions of the game unfold on five reels. Also the slot offers a choice: 25 active lines or 1024 ways of winning. So, the user can choose any structure of the playing field according to his/her budget. Remember that these indicators affect the outcome of the game session. The player needs to go to the MENU section, firstly. Here he/she will find theoretical information as well as a table of payments. You can select the bet size using the BET button. Then you need to return to the main screen. A button with a circular arrow starts a single spin. The user can also hold this button to activate the autoplay mode. The additional settings include the sound and display settings.

Every modern user knows that real money will be credited to his/her account after the chain appears on the screen. If it happens, then the GAMBLE button appears on the left side that will prompt you to activate the risk round. Here there are classical rules. It means that the client needs to try to guess the color of the closed playing card (red / black). At the end of this round, the payment will be doubled or canceled.
The silver coin will pay in any case since it does not depend on the lines. In addition, this symbol will give the prize spin. Jackpot (100,000 credits) is available only during the game at the maximum bet. Also any payment can receive an additional multiplier. So the participant can win more real money. This story is available for playing on computers / laptops and mobile devices.