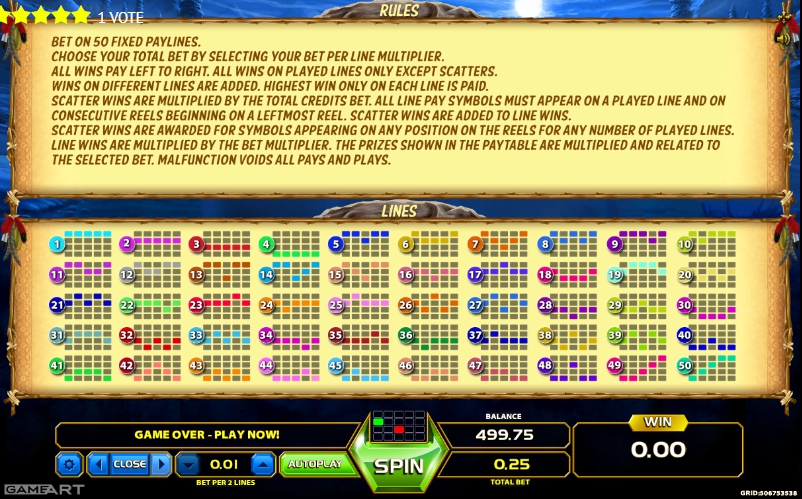 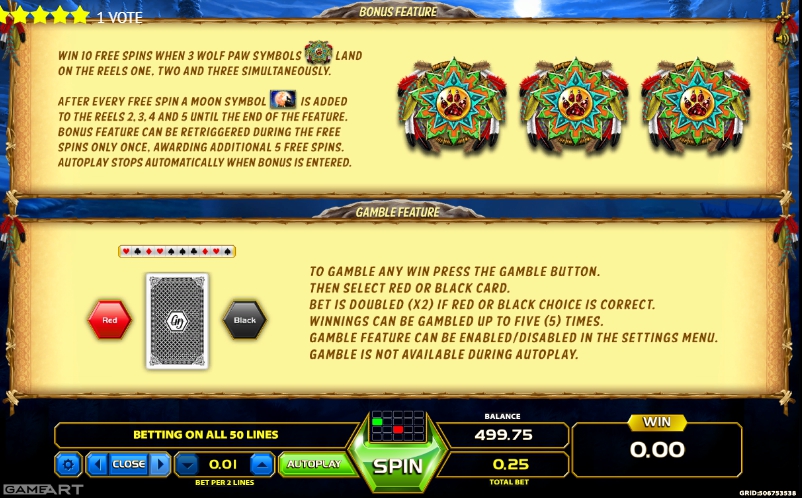 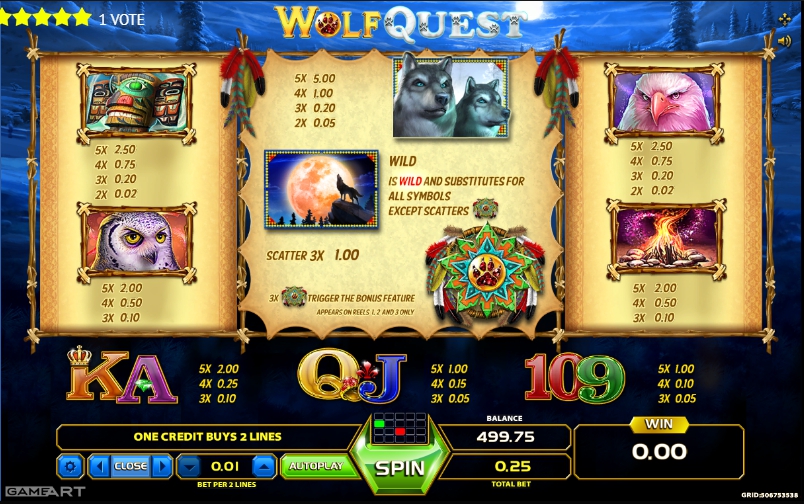 Wolf is the symbol of freedom for many people. The Indians regarded it as their totemic animal, appealing to wolf spirits at times when they needed to release from the frontiers and a strong leader. The Wolf’s Quest slot machine offers you to plunge into the heart of the wolf pack and go all the way north from start to finish. Moreover, you can play Wolf’s Quest in a free mode in our virtual casino.

Description of the Wolf’s Quest slot

The game screen of the Wolf’s Quest casino game is made in dark and blue colours, and represents an arctic wasteland. The game buttons of the machine have unobtrusive design, which will allow a player to perform the following actions:

Wolf’s Quest gaming slot is equipped with 5 reels and has 50 possible winning lines, for each of which you can put only 1 coin with a denomination from 1 to 50 cents. For high-rollers, the slot presents good news in the form of a jackpot equal to 3000 credits.

The game symbols of the Wolf’s Quest casino game fully support its theme. In addition to the standard card symbols from 9 to ace, the game features various images of wolves, used in modern culture and in ancient legends. To activate the line, you need at least 3 identical symbols, starting from the leftmost reel. Special characters that affect the gameplay in favour of the player in the Wolf’s Quest slot are presented by Wild and Scatter: