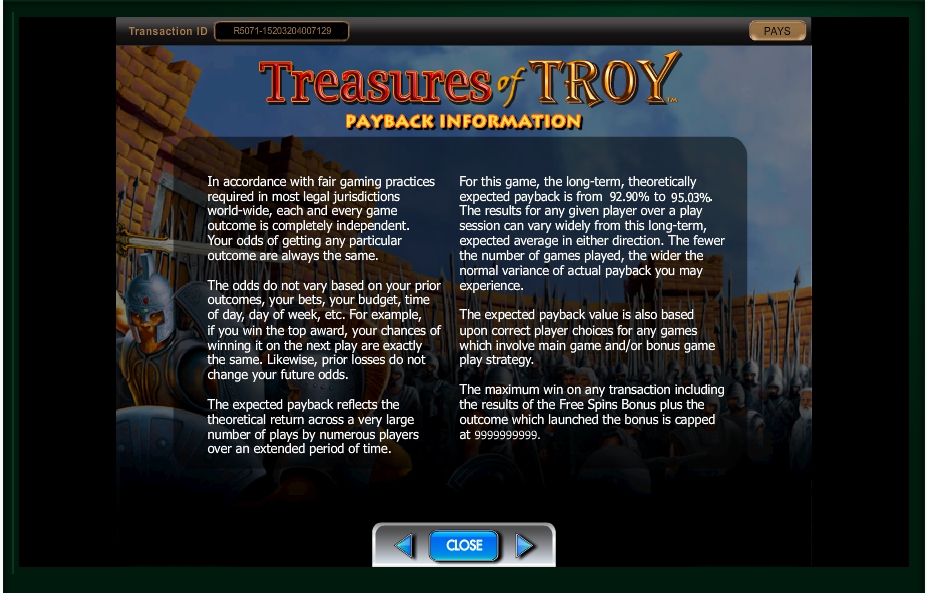 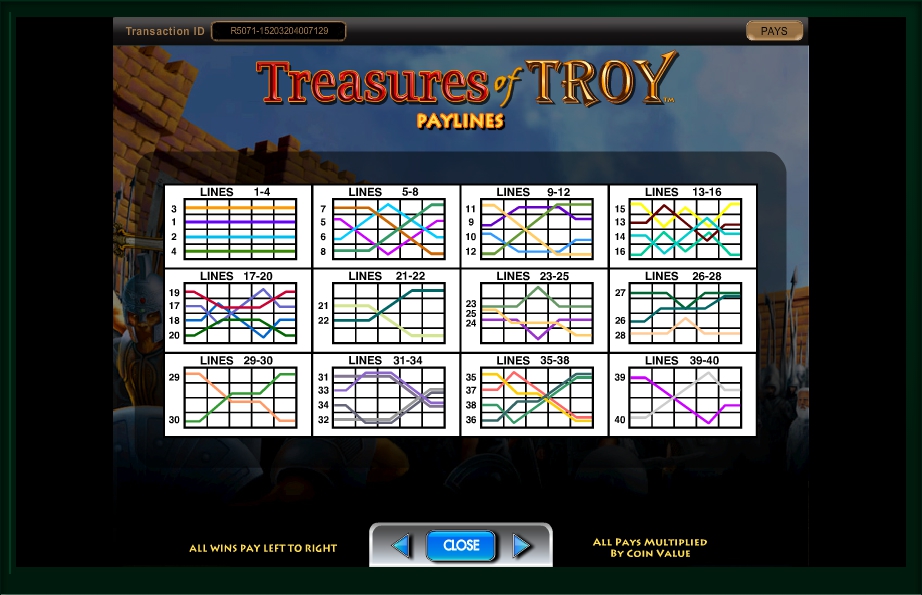 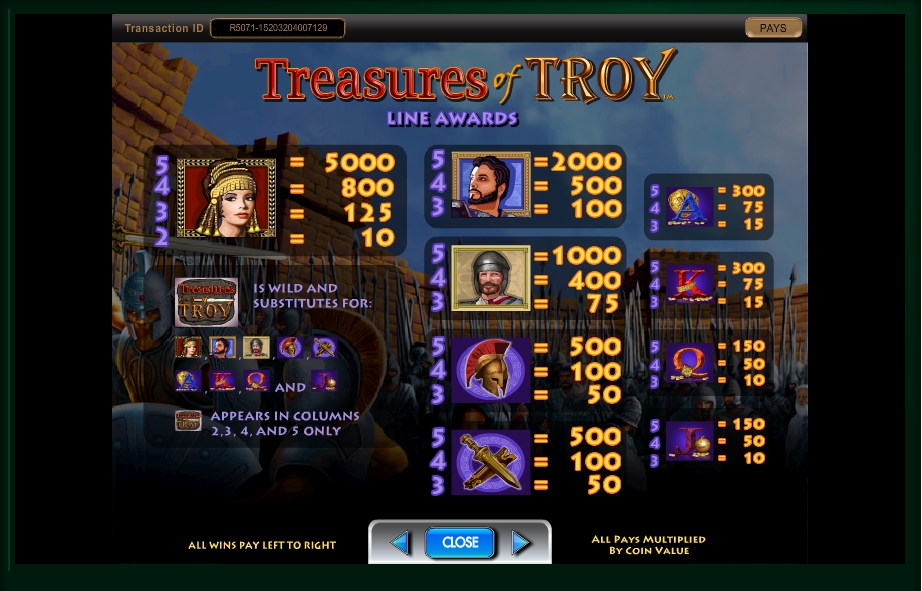 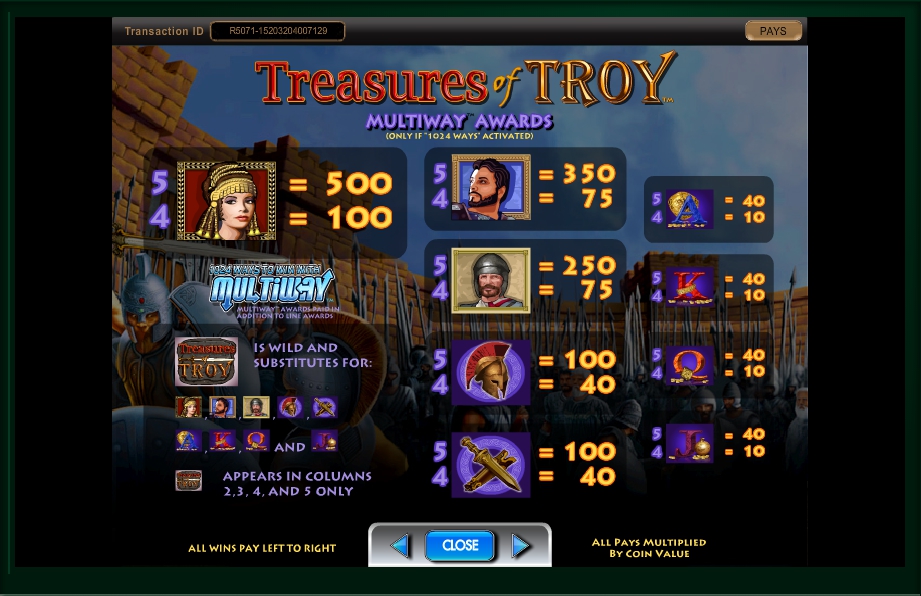 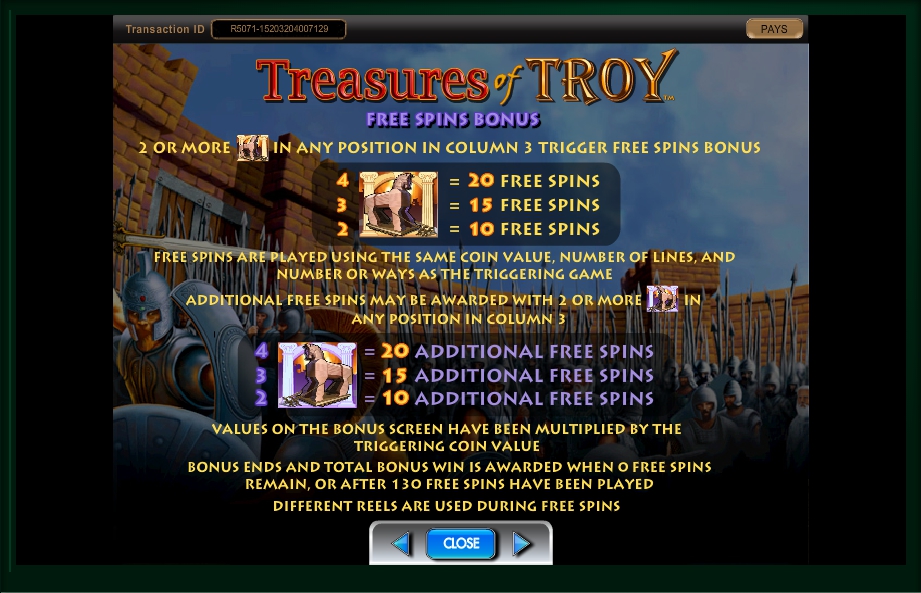 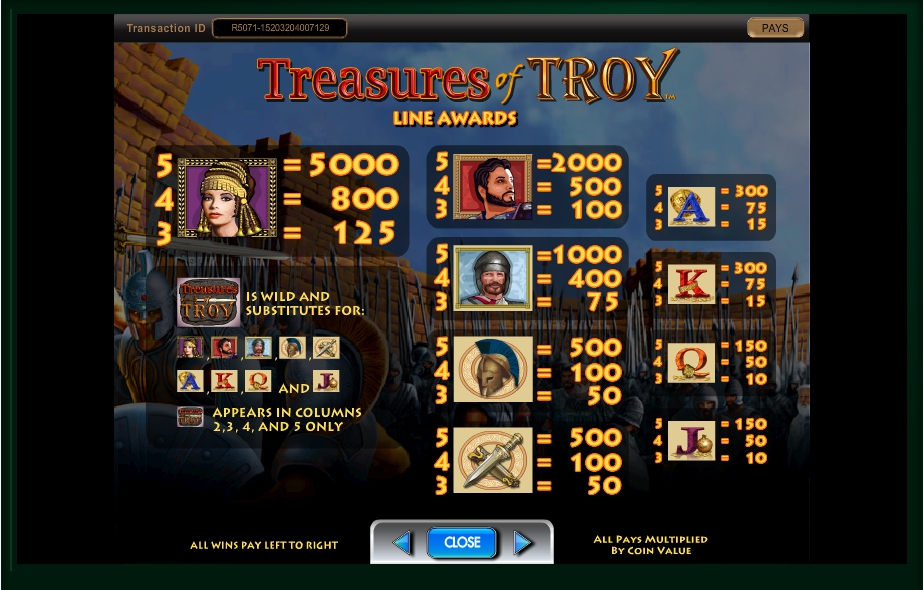 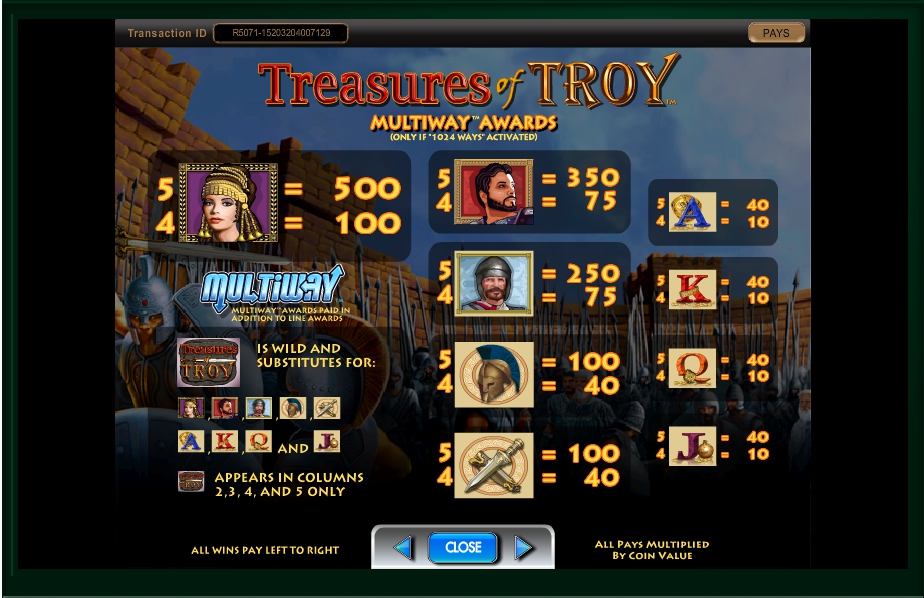 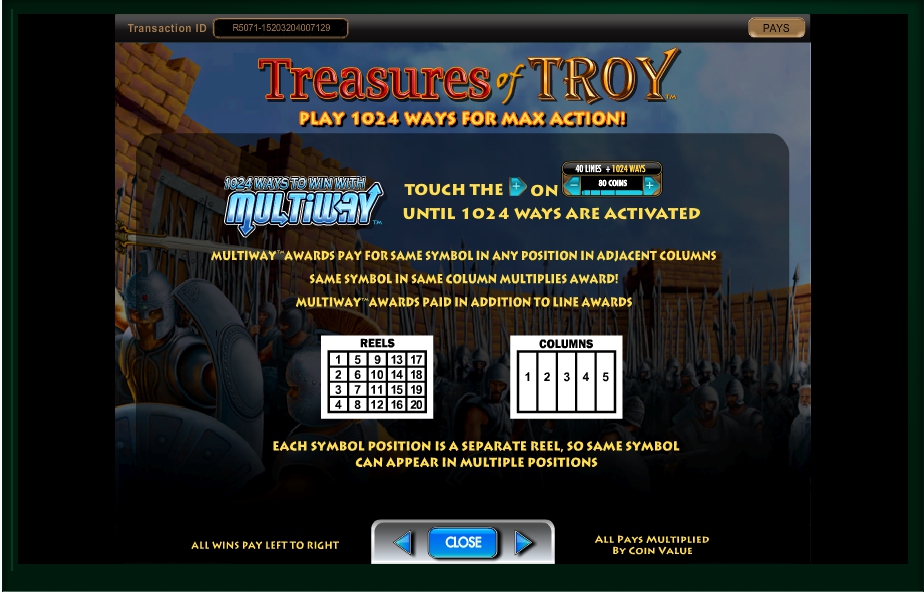 Information about the ancient city survived thanks to the famous Homer who described Troy in the legendary Iliad. Due to its convenient location, Troy played an important role because it controlled the way from the Mediterranean to the Black Sea. Many years ago, the site of Troy was discovered by a German archaeologist who spent a lot of time finding this city. To make a discovery you do not need to study historical documents, you only need to launch Treasures of Troy and make a bet on the round!

IGT provider carefully selects plots for slot machines, so each project of this brand becomes popular in a short period. Not so long ago, the manufacturer released a unique Treasures of Troy slot which received realistic, atmospheric and high-quality graphic design. Players will believe that they have moved to the legendary Troy where they need to fight and win real money. The overall colorist graphics are made in bright colors that describe the game plot. The developers used 3D modeling and also added a portion of the animations supplemented with warlike sounds. The interface of the gaming machine has a convenient structure and is distinguished by maximum functionality. At the top you will see a large logo located above the playing field, which is the main advantage of this slot. It contains 5 classic reels and 40 lines. Please note that the slot offers 1024 additional ways to receive payments on combinations (they are activated only when the player selects all 40 lines). In this case, the total bet will double.

It may seem difficult, but it is not. All indicators are governed by special keys on the control panel. So you need to use only the Coin Value and Lines + Ways buttons. Yellow Spin button starts the standard rotation, but most gamers prefer to use the automatic game function. The rules and the main characters of this story are described in the paytable.

There are 2 ways to make a combination:

In this video slot, all the characters correspond to the plot. On the playing field, swords/ helmets/weapons and main characters will appear to make a combination and give payouts. To increase their number you should use Wild element intended to replace ordinary characters.

2+ Scatters in any positions on the playing field launch a mini-game with 20 free spins which are carried out at the current rate.

With the help of the listed options and bonuses, payments will often be credited to your balance. Thus, the payout can reach 5,000 coins in one round!

Wheel of Fortune on tour