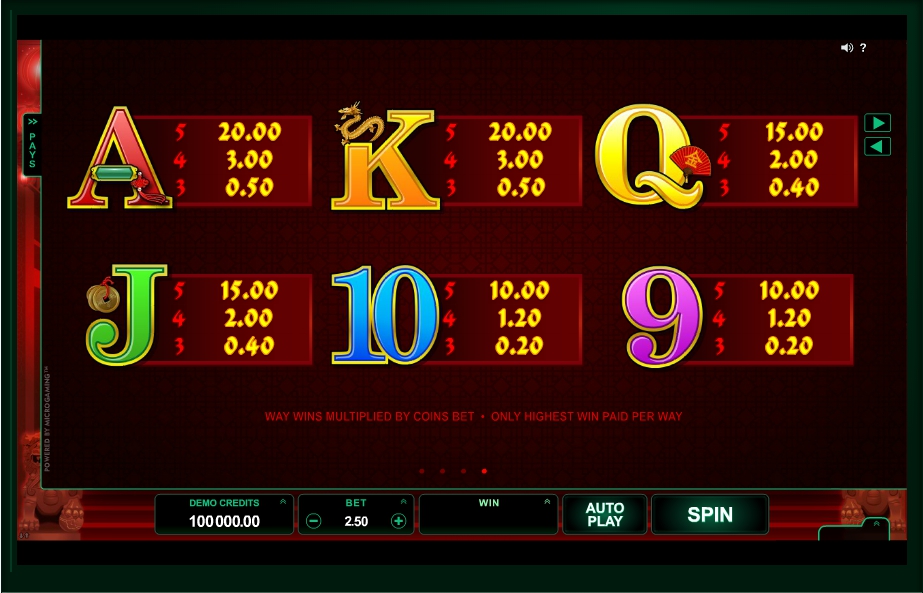 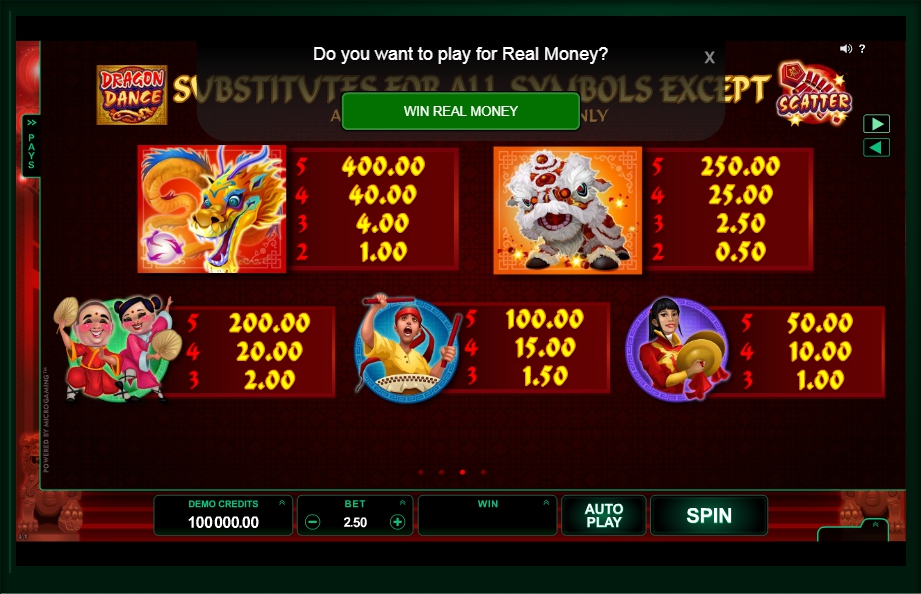 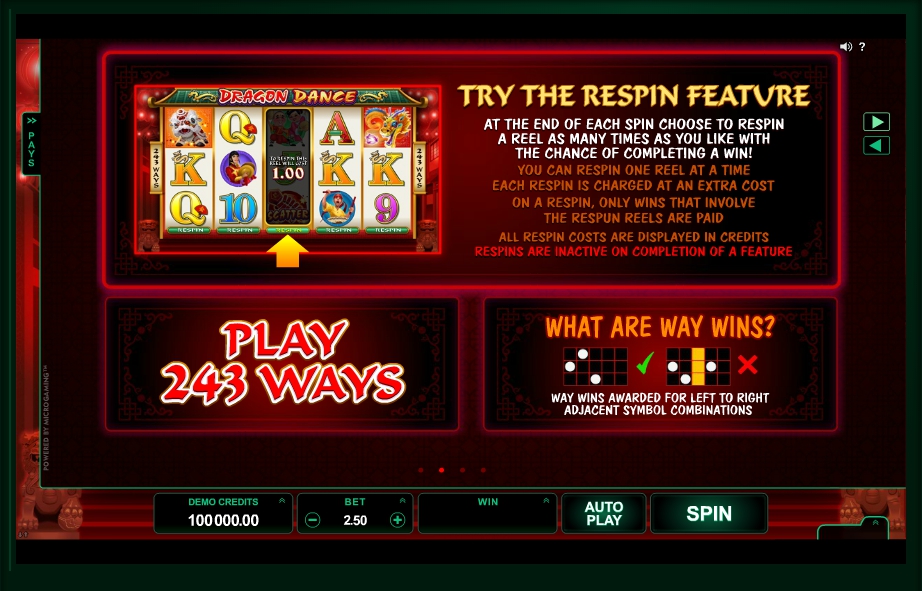 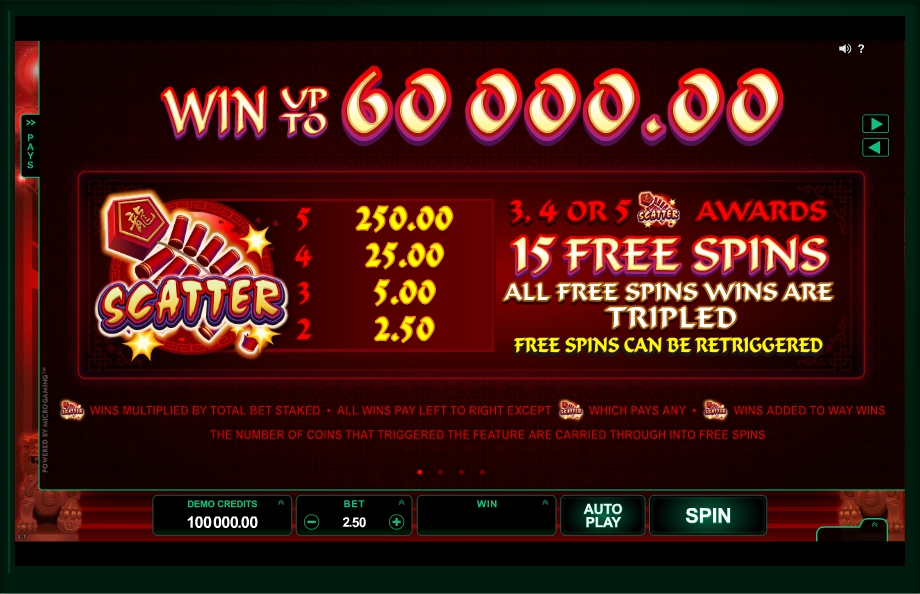 Dragon is the 5-th of the 12-year cycle of animals that appear in the Chinese zodiac and associated with the ”earthly branch”. By the scientific opinion, an ”earthly branch” is associated with a ”scorpion” and the symbol is Antares, the star. We are presenting a beautiful and simultaneously dangerous video slot, created by ”Microgaming”. This slot machine has an Oriental atmosphere and is called Dragon Dance. Do not mind, you will not be ordered to fly to the capital of China. If you are in Las Vegas or in any other town/city at the current time, you can stay there. The online casino allows you this privilege and offers much more.

The gameplay like a gentle butterfly is sharp as a blade

5 reels are seemed to be placed on the white wall of the house. Over them is a green-bluish roof. Around – a bloody-red background. Under every reel, there is the oblong thin ”RESPIN” button. Below them, there is a panel with buttons coloured in the sea-wave shade. You need to set parameters of the slot’s game: ”Coins Size” lays in the 0.010 – 0.50 range, and ”Coins” is usually used to regulate ”coins via a line” that you want to bet.

A bit lighter ”Spin” equals to ”Start”. An option for the automatical spinning reels also presents in the Dragon Dance Slot. Time has come and we are going to describe symbols. A bright-red ”A” is coloured in its centre with green and has a tiny red ”canopy”. An orange ”K” in its beginning has a small golden dragon. A bright-yellow ”Q” is decorated near its ”tail” with a red ”fan”, on which a golden hieroglyph is written. On the left upper side of the light-green ”J”s top, on the red thread, three Chinese coins with holes hang. A bluish ”10” and a light shade of violet colour ”9” are only framed with a golden border. Most ”reach of money” symbols are: a portrait of the orange dragon with angry eyes, long blue thin horns (or just such strands of ”hair”), light-green ornaments on the forehead, a large nose and mysterial violet ball of flame that is going out of his bluish-purple mouth; a suited person on a large white fur monster; a couple of funny dancing kids that are wearing very bright kimonos and have weird makeup on their eyes and cheeks, and a young boy that is wearing a yellow suit and holding ruby (by the way, ribbon that is tied up around his head has the same colour) sticks in his hands. The most charming icon in the Dragon Dance Slot is a beautiful young lady in a red dress that is decorated with golden ornaments is holding in her hands a tradition drum instrument of China.

You will dance with bonus rounds

The good ”drawn” symbol that includes a red-golden ”DRAGON DANCE”, a nice dragon under this text and the circular ruby ornament are framed with luxury golden border – wild logo. Another not less impressing icon looks like a white background with a red circle, arranged in two rows red firecrackers and light-flamed ”SCATTER”. Have 3+ such symbols and go into the re-triggered gambling round – ”Free Spins”.

Emperor of the Sea