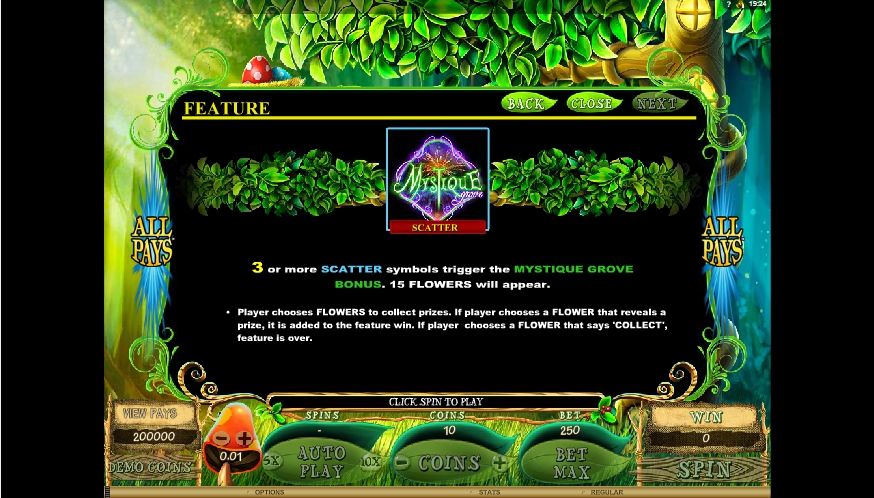 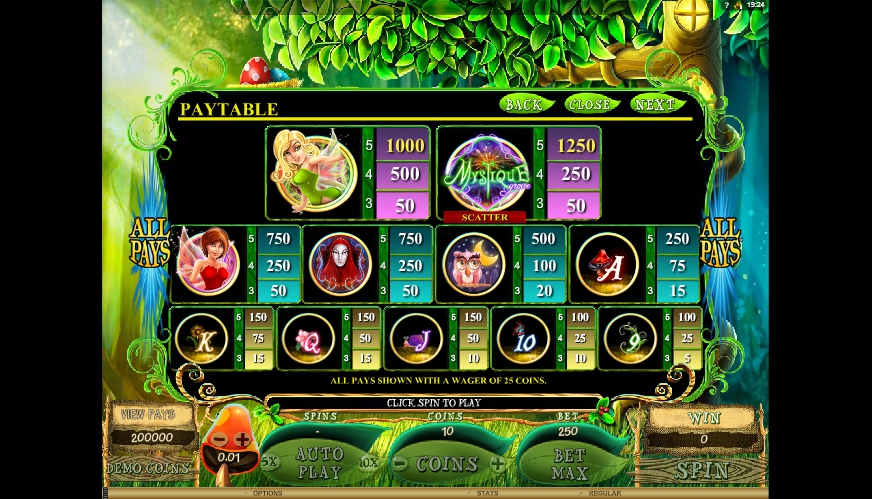 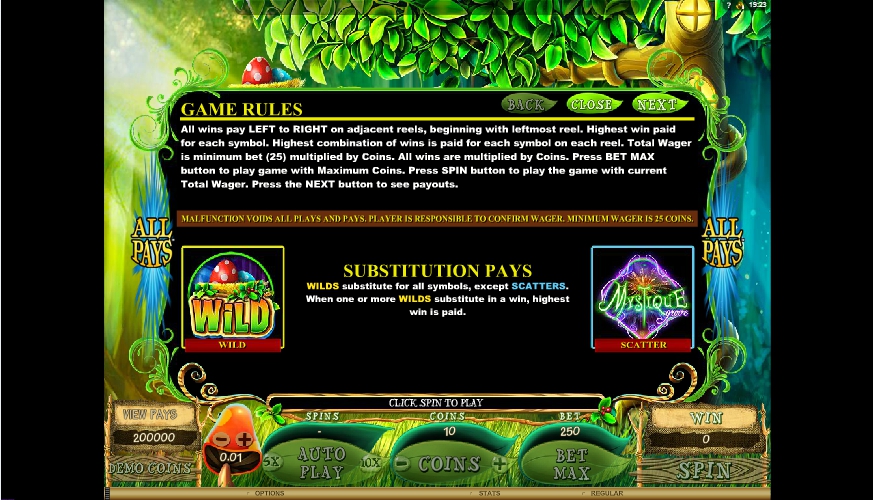 Once again, the Microgaming company decided to create a slot with a unique and unusual game theme that will definitely be to your liking. This magic “Mystique Grove” video slot was made in a fairytale style. All actions will take place in a mysterious grove where fair fairies and evil witches dwell, as well as many other mysterious characters. Each player can feel himself/herself again as a child and plunge headlong into the carefree fairy-tale world. Such topics are very popular among gamblers.

The design of the online game is executed completely in the style of fairy-tale adventures, which incredibly attracts and entices players. The game will take place against the backdrop of a fairytale forest with various mysterious inhabitants. Game drums in the presence of five pieces are located on the branches of a magical tree.

The thematic images are marked on the reels in 3 rows. The name of the Mystique Grove game lurks above the playing drums. It is also performed in the style of enchantment and magic. The display of game lines is not provided here. An additional game window with rules and the payout table is decorated in the same style, but on a darker background. The interface of the game control keys is extremely bright and unusual. The choice of the face value of the game coin is disguised as a fly-agaric mushroom. The keys with the regulation of the number of bets and the auto game are created in the form of green leaves. The button for launching game reels is made in the style of a tree. The game provides an accelerated gameplay that can be activated with the AutoPlay button. In general, the style of the Mystique Grove gaming machine is of the highest quality. The slot machine offers an exciting gameplay. The slot consists of five standard drums and twenty-five paylines, on each of which can be put from one to ten game coins. The choice of active lines is not provided here, since they are completely fixed. Therefore, the minimum rate for one spin is twenty-five credits.

The magical online game has in its arsenal a set of special characters, additional options and a thematic bonus mode. So, in the bonus game, which can be activated by collecting a combination of three or more scatters, players will have to choose the flowers that will appear on the cells of the game drums. Each flower hides a prize underneath. The game will continue until the gamer opens the flower with the inscription “Collect”. As a result, all payments will be summed up and will arrive instantly on your balance.