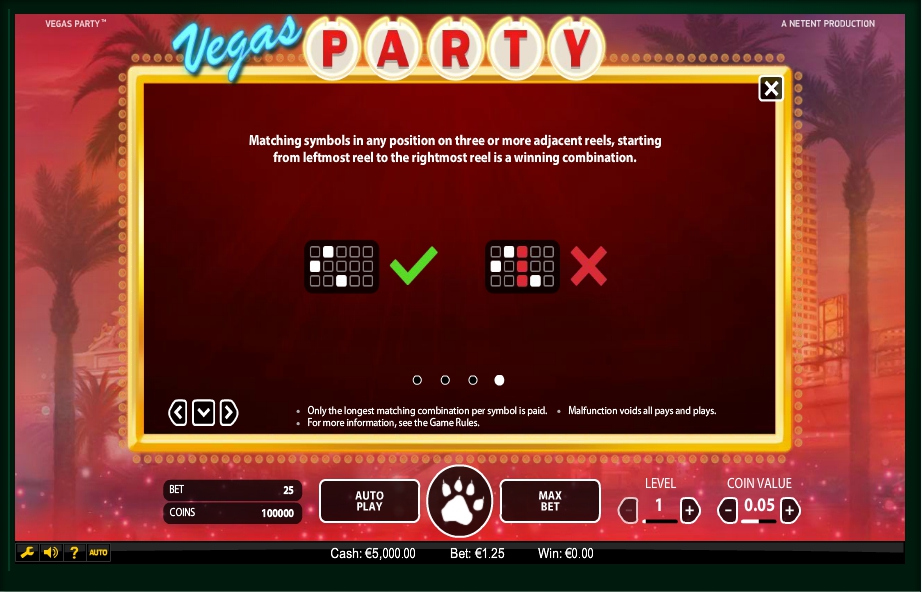 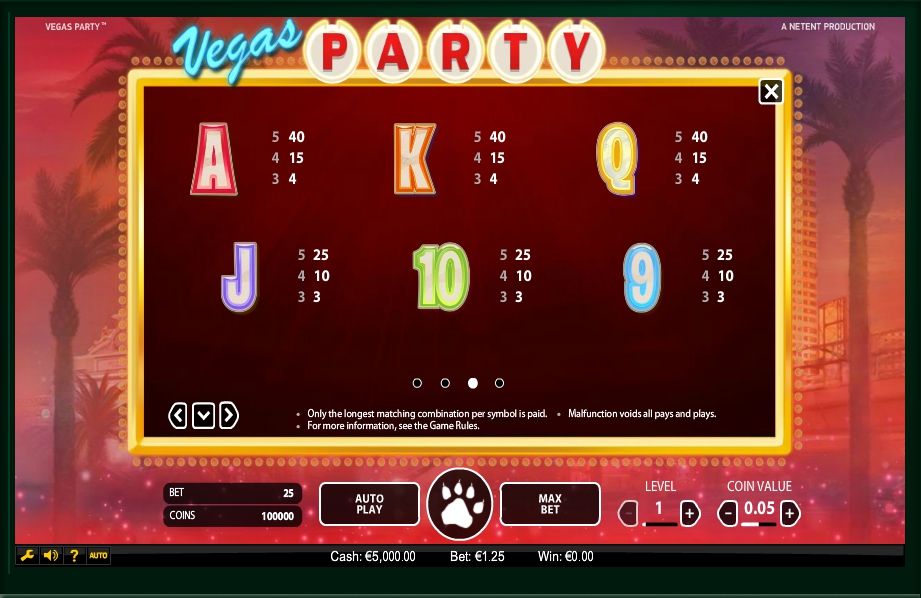 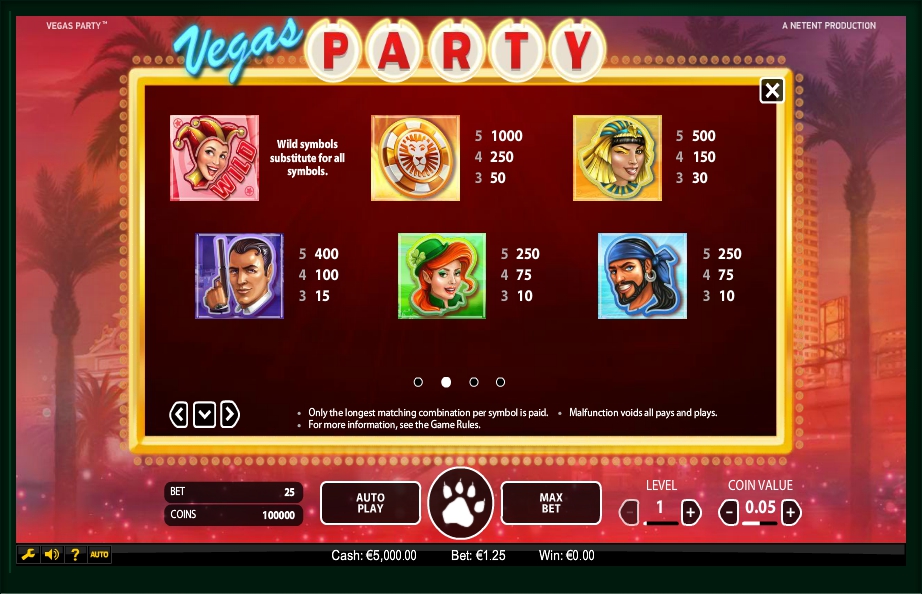 The city of Las Vegas today can be described as the world’s largest center of gambling and entertainment. Countless casinos, regular shows and concerts attract many tourists there. The most reputable and well-known casinos and hotels are in the historical part of the city, along the Las Vegas Strip. The famous casinos of Las Vegas prove that the game can become something more for everyone than just a pleasant pastime.

This city is famous for its countless casinos, where many tourists try to get to. Unfortunately, not everyone can make the trip to the great gaming Vegas, so the manufacturer of automatic devices, the NetEnt, has developed a fascinating video slot “Vegas Party”. Naturally, it is about a city that is constantly on the move!

To maximize the reality of player’s virtual trip to Las Vegas, the slot designers decided that the game storyline should unfold against the background of the bright image of this city. Millions of lights and the animation effect are present in the graphics and make the machine real. In addition, the game only features thematic symbols, which has a colorful and brilliant design that attracts the player’s attention.

Before starting the rotation of the reels, each player can view the control panel, where can be fixed all the functions, necessary for the gaming process. First of all, the user needs to open the information tab “i”, where he/she will find the paytable, as well as information about each specific image and active lines. All this will be necessary for the player to understand how the profitable combos are formed, and also how the profit from them is charged. Also, a participant can turn to the help section using the “?” button. With this tab, the user will find out the answers to the questions he raised about the game process.

Then the participant must set the optimal bet size, using the coin value controllers. Choosing game indicators, a player can try to make the game even more comfortable, using the functions located at the bottom of the screen. With the MUTE button, the player can remove the soundtrack. After all this, the participant can absolutely start the rotation, using the SPIN key, which is responsible for single scrolls or by using the AUTOPLAY button, which allows performing automatic rotations.