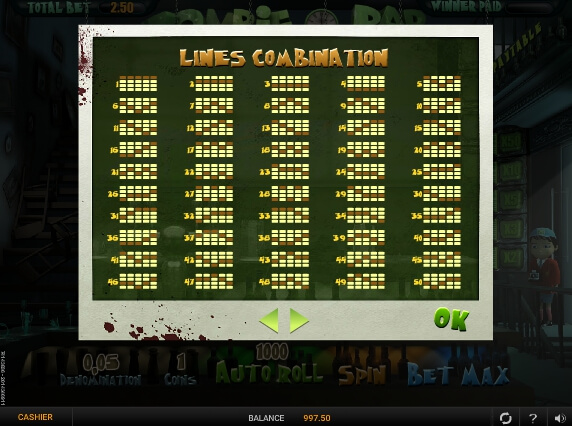 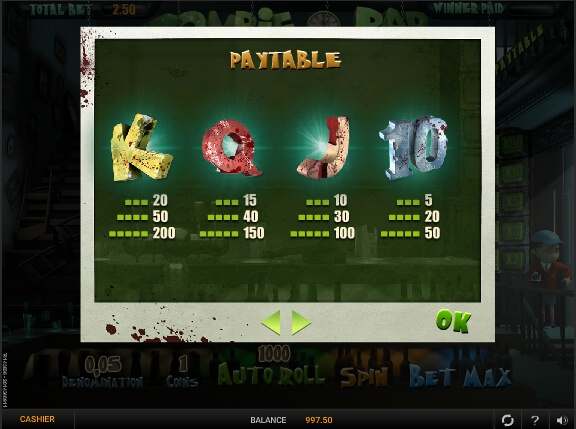 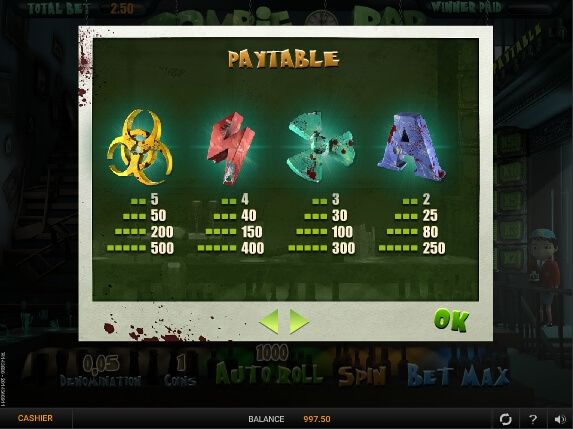 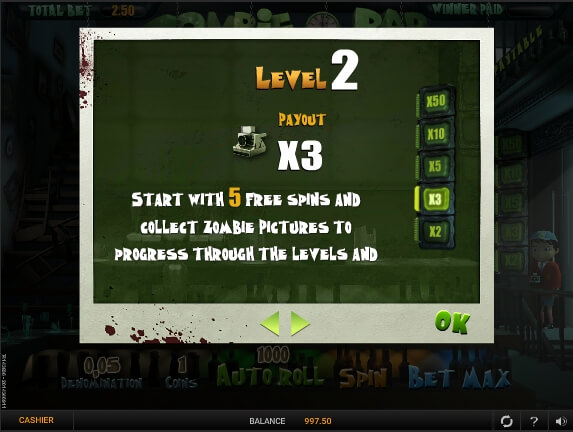 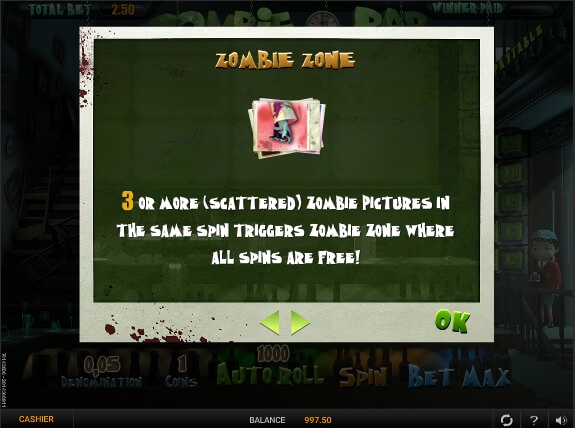 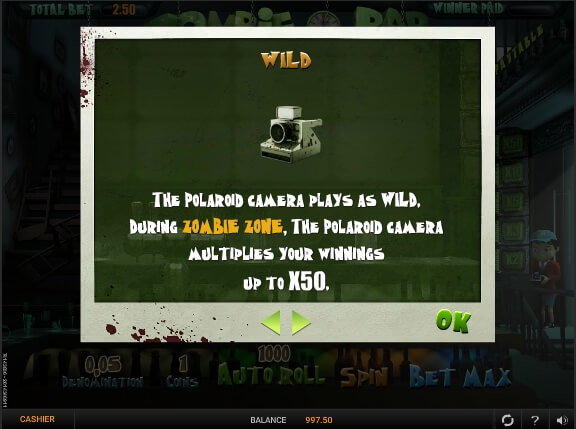 One of the creepiest and at the same time most exciting products of SkillOnNet is “Zombie Bar”. As you might have guessed, this slot is dedicated to the apocalypse after which the horror came and zombies appeared. But a little boy likes to walk around a ruined metropolis and take photos. This time he decided to check the bar in which there were a lot of visitors. Here the boy is awaited by bloodthirsty monsters and only you can help him to escape. In fact, such a plot is often used in films and books. As a rule, such stories give a lot of adrenaline and excitement, do not they?

The original slot machine offers perfectly executed 3D-graphics, and its fascinating animation allows you to get the most out of the gameplay. The design of the slot reveals the theme of the game and brings you to the world of creepy zombies. Here, every corner of the bar is filled with frightening elements. On the right side is the main character of the story. The boy is very brave, as he is not afraid to walk around the creepy metropolis that was recently filled with residents. Now only dreadful zombies live here. It is worth noting that each detail was qualitatively drawn by graphic designers.

Since the player acts as a bartender, the control panel is located on the bar counter. All the necessary buttons for managing the game allow you to quickly get acquainted with the rules of the game and start winning real money. In the game, all 50 possible paylines are always active, so the user cannot change this figure. Instead, the client needs to bet using the corresponding “bet” key. However, it is worth noting that this indicator can also be activated with the “max bet” button. In the center, we can see two buttons that are designed to trigger rotations. The Spin button is for standard rotations, Autoplay activates the automatic mode, but before this, the client needs to set the number of continuous rotations.

Wild differs from other elements in that it can replace other pictures. Bonus launches five free rounds. To get them, three such images should appear on the screen at the same time. During the prize spin, the same bet as in the previous draw applies, but the online casino makes it for the player. In addition, during this round all chains with a joker are paid taking into account additional multipliers up to x10. You can monitor this indicator on a separate drum. The transition to a new stage is carried out after collecting a necessary number of photos of zombies. In addition, zombie apocalypse is now available in a demo mode. This means that participants do not need to go through a registration process. The user will have plenty of time to learn the features of this stunning product.