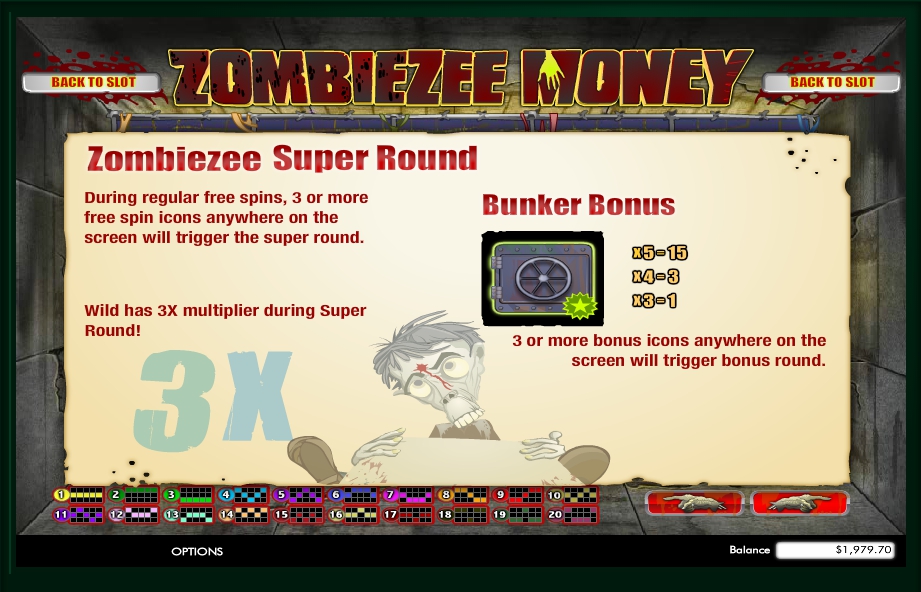 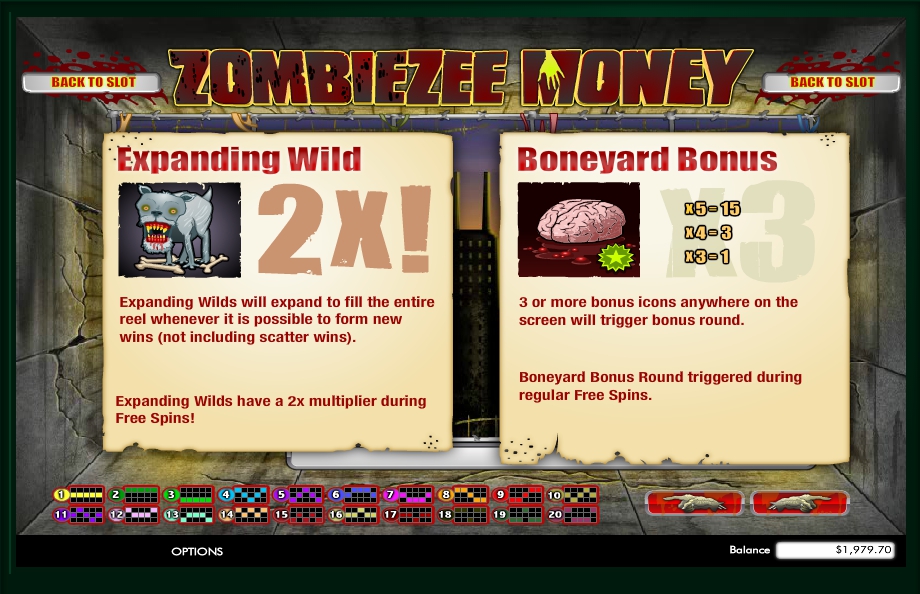 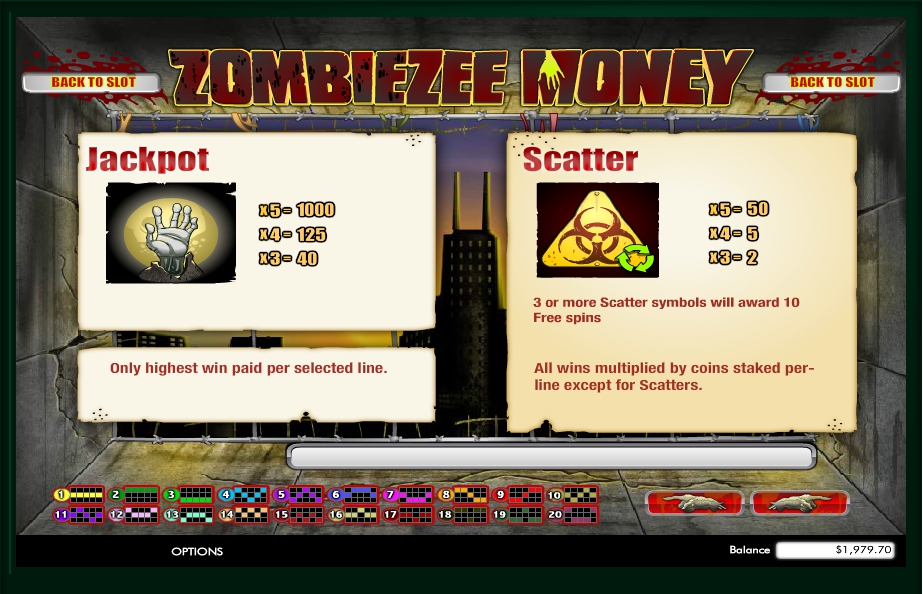 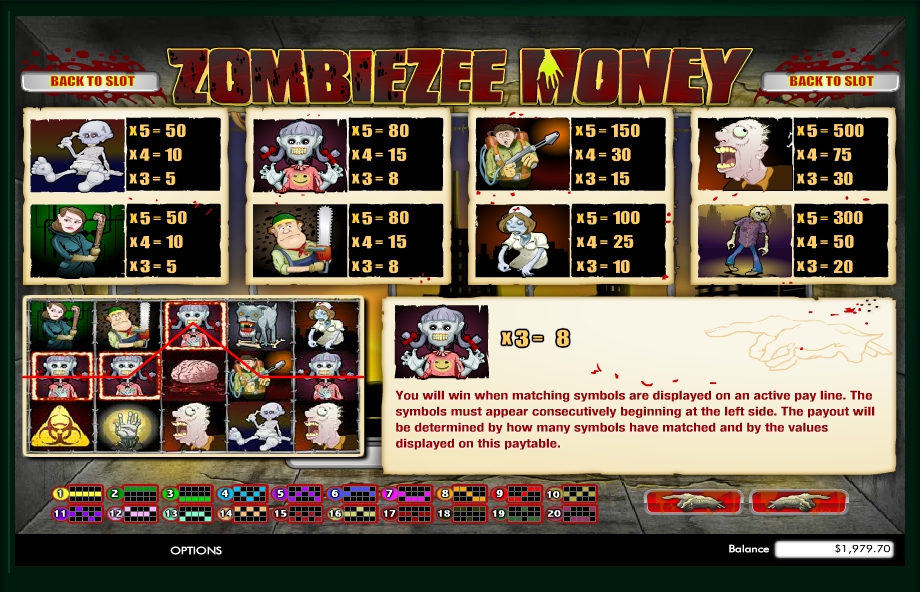 Zombies are extremely popular characters in a variety of genres of popular culture. The last 40 years in movies, games, pop music created an alternative reality, in which zombies play a major role. There they are absolute, illogical, and therefore a particularly terrible evil.
The image of the zombie has evolved noticeably. In their first appearances in cinema, in the 1930s, they sacredly followed the behests of Haitian sorcerers, fulfilling the duties of uncomplaining, brainless workers at the maize plantations. But already in the 80’s they become revived dead, with a single life-setting – to eat. And since according to the established rules they eat only the human flesh, especially the brains, their danger is unconditional. One of the most creepy and at the same time exciting slot machines from the company Rival is “Zombiezee Money”.

Thought out the design of the slot reveals the theme of the game and brings to the world of creepy zombies. Here each room is frightening elements, so, in addition to exciting excitement, you will find an exciting storyline. And the musical accompaniment gives the slot machine an incredible atmosphere. All the necessary buttons for managing the game allow you to quickly get acquainted with the rules of the game and start earning incredible capital. So do not waste time, rather start a game of chance.
In this game, all 20 possible paylines are always active, so you can also select the activity of certain lines. Having decided on the size of the bet, you can safely proceed to the game process by clicking the “Start” button. Also in the game there are two more buttons on the control panel. The first one is called “Max. Bet “, it will allow you to make the highest bid and get the most wins in the game. But with the help of the button “Auto-game” you can run a series of auto-starts, and you can choose their number from one to a hundred spins. To view the paytable, click on the “Table” button, which is located in the upper right corner.

There is a “Bunker bonus”. The Bunker bonus is actually a pickup bonus which is a standard for most Rival games. The second bonus game here is called the “Boneyard Bonus”. This is an interesting bonus game where you need a bit of skill. Here you have a limited time for which you need to find and to kill 8 zombies.
Another feature can be reached in a standard way and that is with 3 or more scatter symbols anywhere on the screen. During the free spins Expanding Wild image have a 2 x multiplier. If during the free spins once more you get 3 or more Scatter icons you will reach Zombiezee Super Round. The difference between the classic free spins and Zombieezee Super Round free spins is only one detail. That is the Expanding wild has 3x multiplier during the super round. You really need to spend a long time playing here to get to know and to understand all these features.