SORRY, DEMO GAMES ARE NOT AVAILABLE IN YOUR COUNTRY!
(19 votes)
Full screen: Report a Problem: close 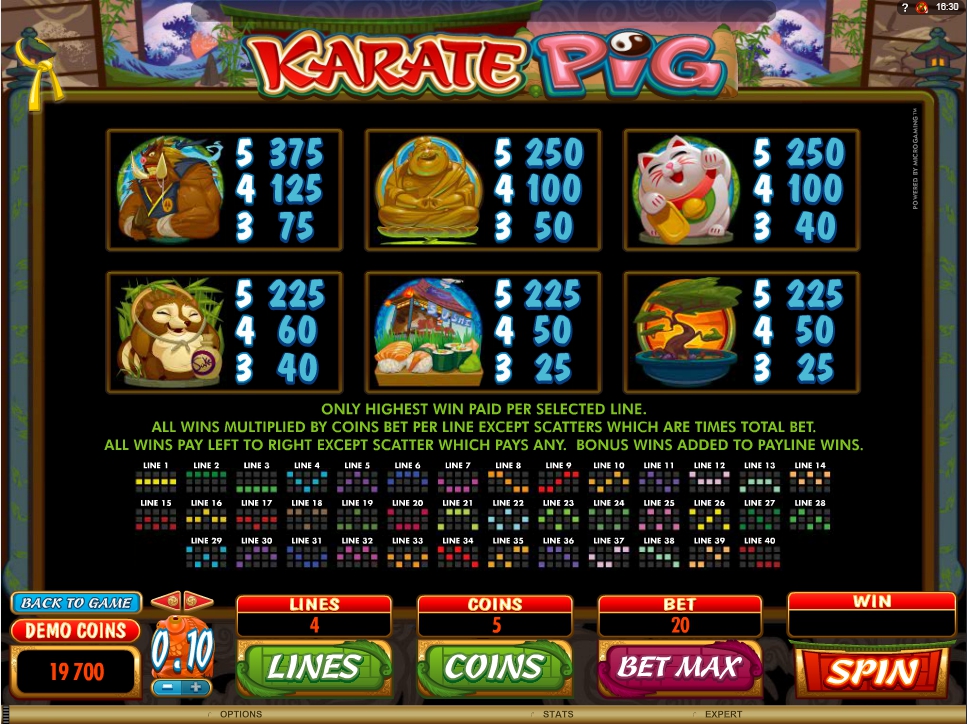 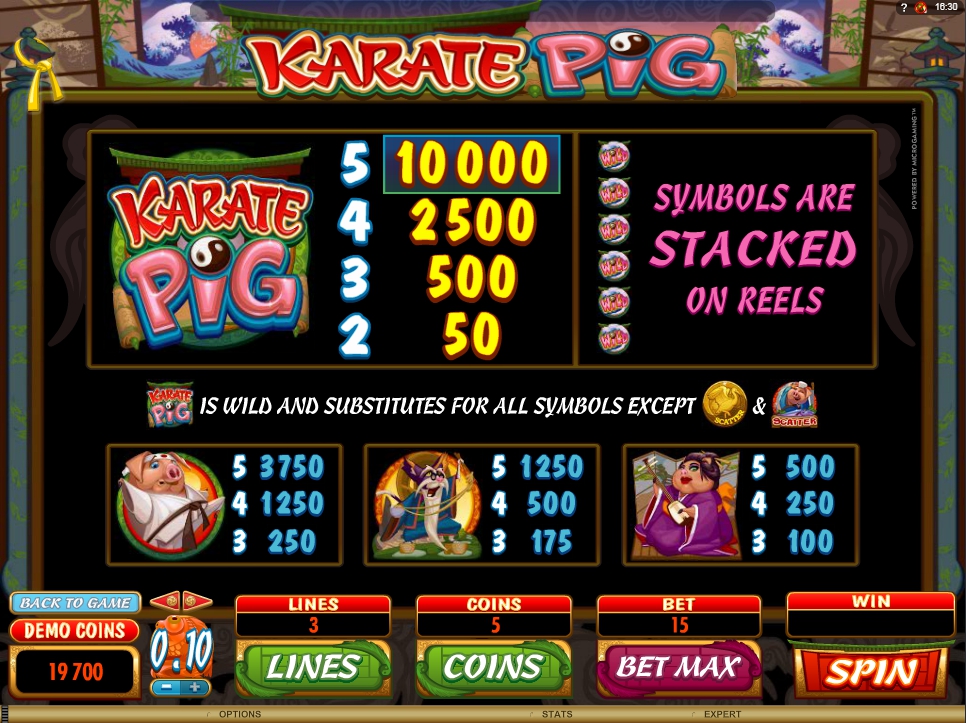 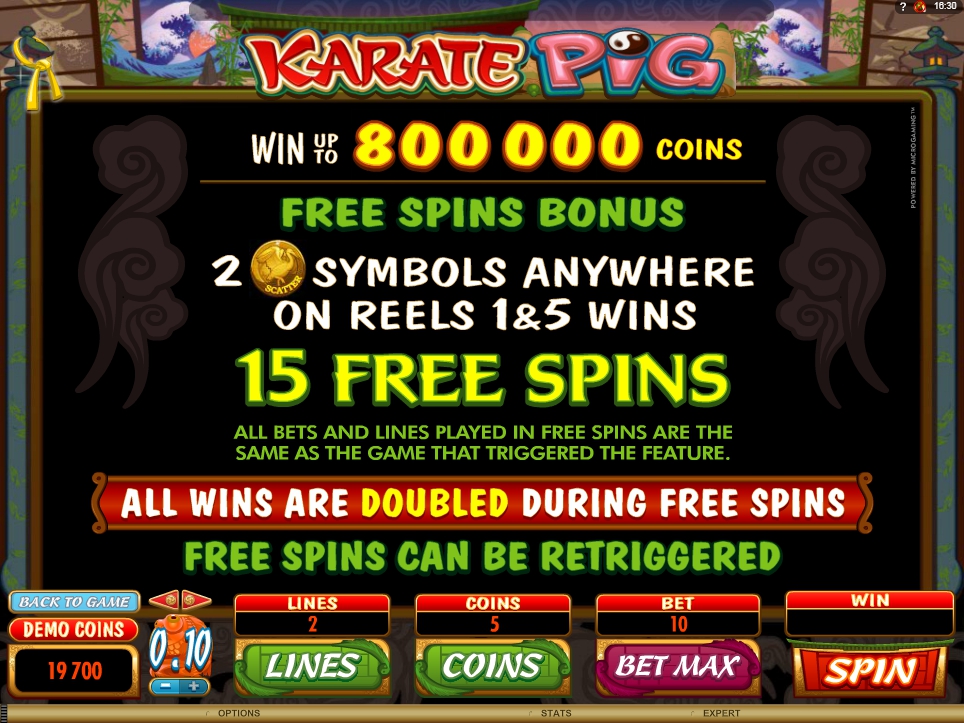 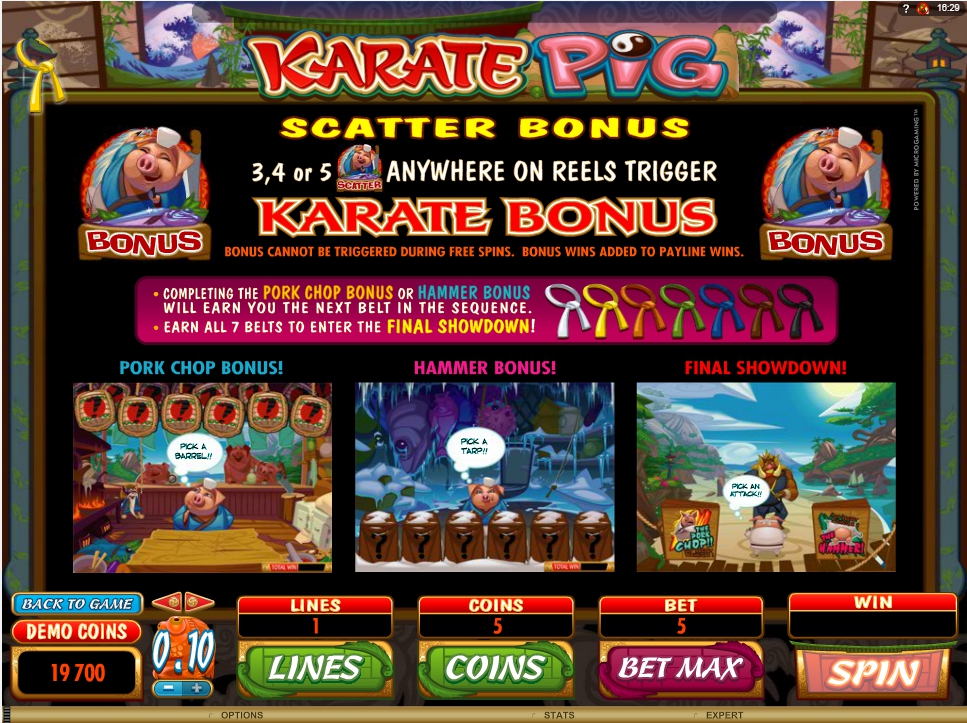 The oriental martial art known as karate-do went from the depths of centuries and was born in China. Then it came to the islands of Okinawa and to Japan. Karate is not just the art of fighting, it is a way of life, it is a kind of philosophy that helps a person to see the interconnectedness of everything in the world, helps to achieve harmony with nature, and also in relationships with other people. In Japan, they say that karate is a path that strong people choose and go through it all their life. These brave men expand the boundaries of the possible, following the chosen direction, strengthening their body and spirit, discovering new abilities inside.

Karate has become very popular due to the fact that this martial art brings us back to the idea of strength as a means of protection, and not as a means of attack and destruction. Karate philosophy informs all people in the world that the rejection of weapons is the highest human and social morality, that we must be strong, but not militant. Some parents are frightened by their children’s being fond of karate. However, children know better what to do. This is probably the most important meaning of karate today. Perhaps that is why developers from Microgaming united this wise Eastern martial art and animation, which children love so much, in this colorful and funny Karate Pig online video slot.

The fact that the gambler expects a meeting with Japanese culture is illustrated by the graphic design of the Karate Pig video slot. Five reels of the slot are an unfolded manuscript, on which ancient sages wrote their philosophical tracts. On the monitor, the gambler will notice paper partitions with traditional drawings, a typical Japanese landscape,and a pagoda. Each of forty pay-lines is inscribed in the oval, representing the opposing forces of yin and yang. During gambling, the gamer will listen to the unusual Japanese music to completely immerse in the world of hieroglyphics and kimono. The control buttons of the Karate Pig slot are not different from any other slot.

A variety of symbols and payouts in the Karate Pig slot

The slot is represented by such elements as a pig in a karate costume, a raccoon, a pig with a Japanese musical instrument, a pig-cook, a white cat, a wild boar, a Sensei, a golden Buddha statue, a bonsai tree, sushi, and a gold medallion. When the player creates a winning composition, pictures come to life. The scissors cut the bonsai tree and it is covered with new leaves, the Buddha statue jumps on the spot and glows, and the Sensei overcomes a new spirit obstacle. 2000 points of a jackpot are waiting for the gamer in case of successful spins.
The Karate Pig Logotype is a stacked wild element. The slot has 2 scatter elements: the Karate Pig Bonus and the Golden Stork. If two Golden Stork elements emerge on reels N 1 and N 5, the gambler will grab 15 free rotations, where all sums are doubled. It may be retriggered if 2 additional golden storks fly during current free rotations.
The Karate Bonus program is provided if the gambler collects three or more elements of Karate Pigs. The gambler ought to make a decision what to choose: the Pork Chop Bonus or the Hammer Bonus. Both bonuses have 6 levels to earn the karate belts. If the pig obtains the 7th black belt, the gambler comes in the Final Showdown where he/she will fight with the Sensei to earn more payouts.

Even if you are not going to make real bets to earn real money, you definitely need to visit this Japanese Las Vegas online casino game with funny karate pigs. Microgaming ensures that such an advertising tour to the country of the rising sun does not require mandatory registration and download. Karate pigs invite you to practice Japanese martial arts for free.