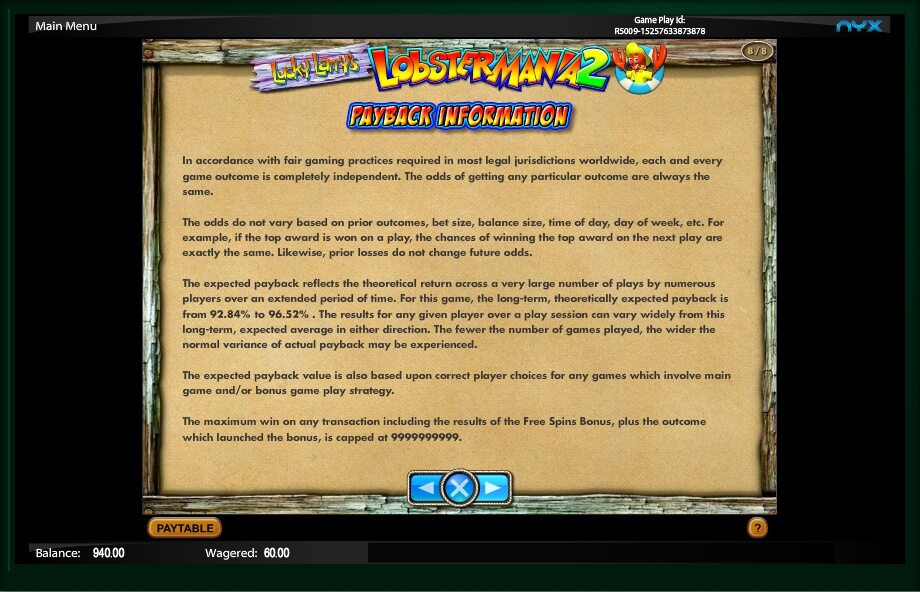 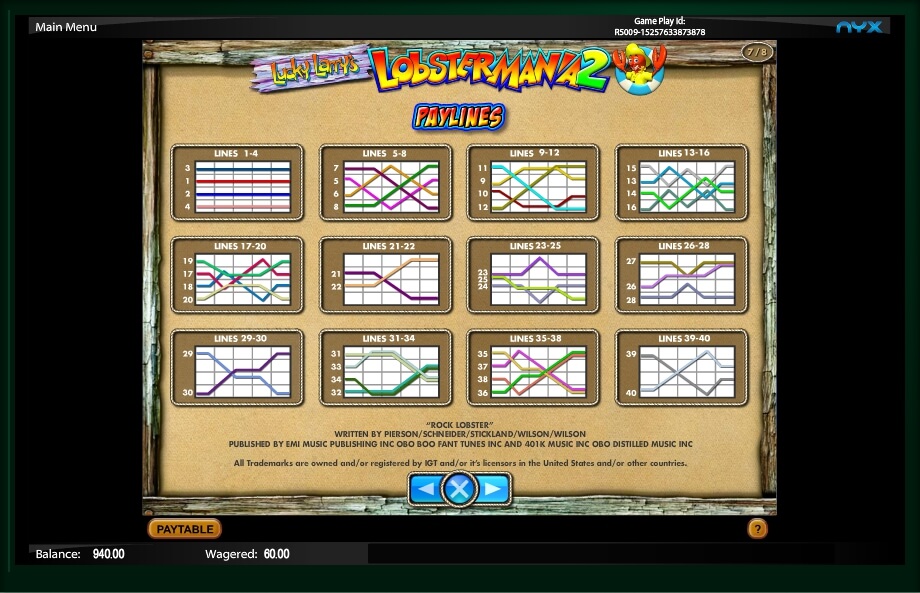 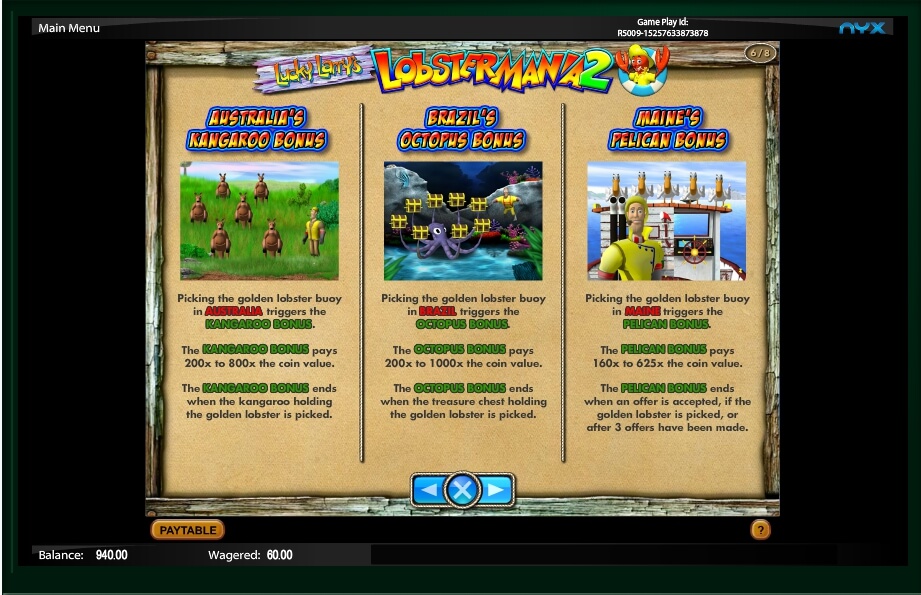 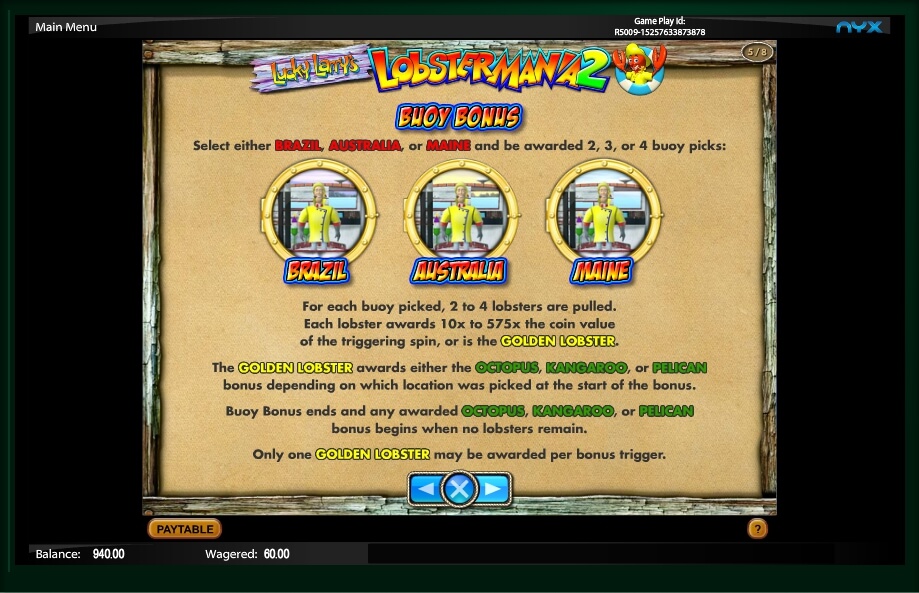 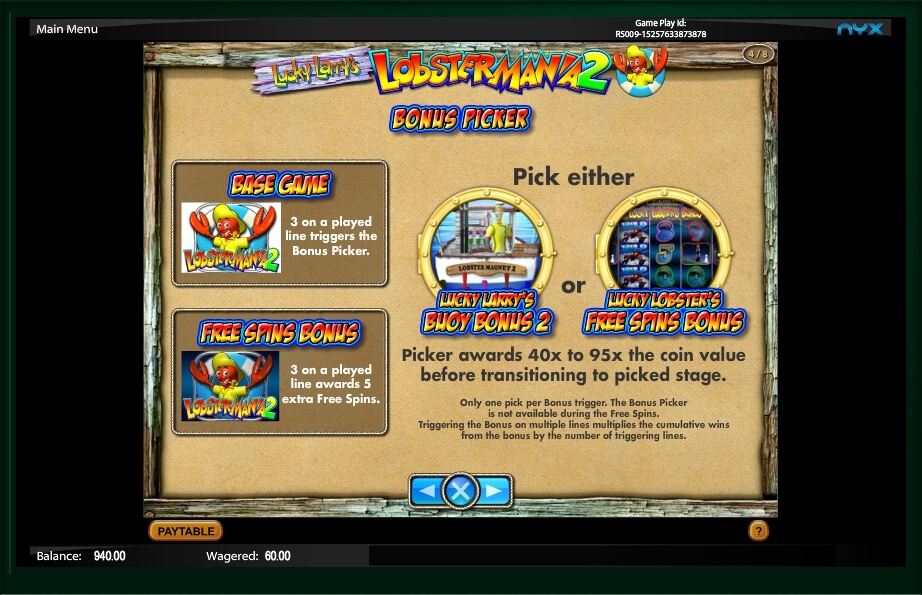 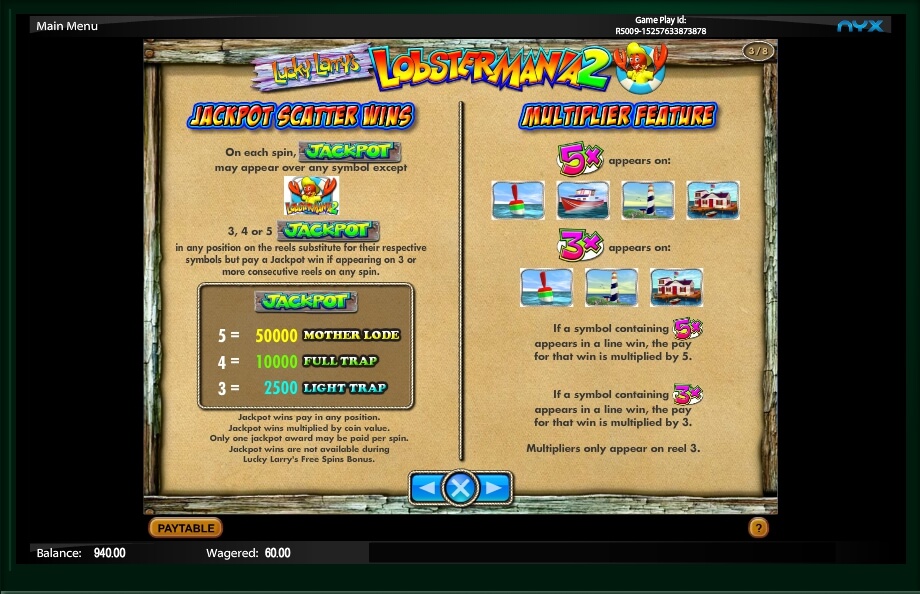 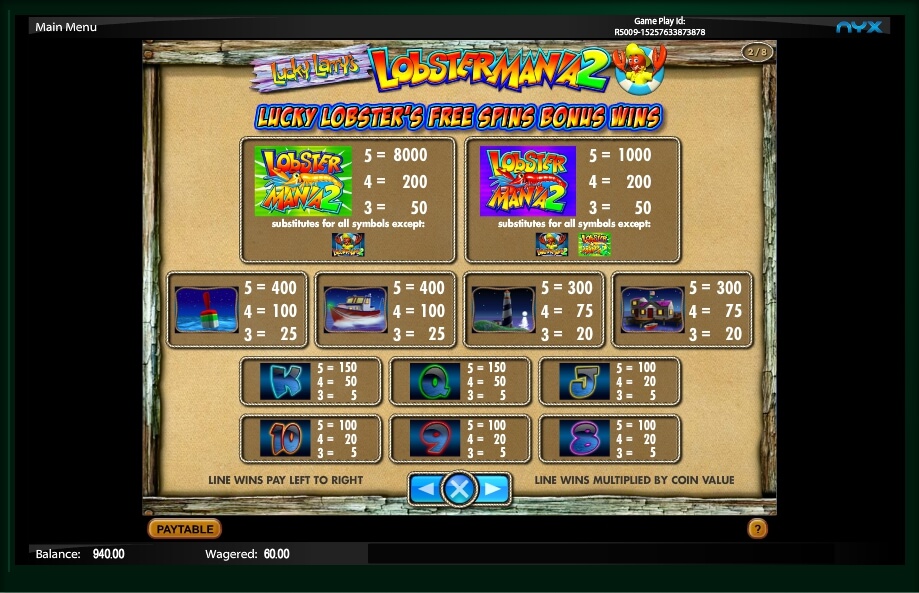 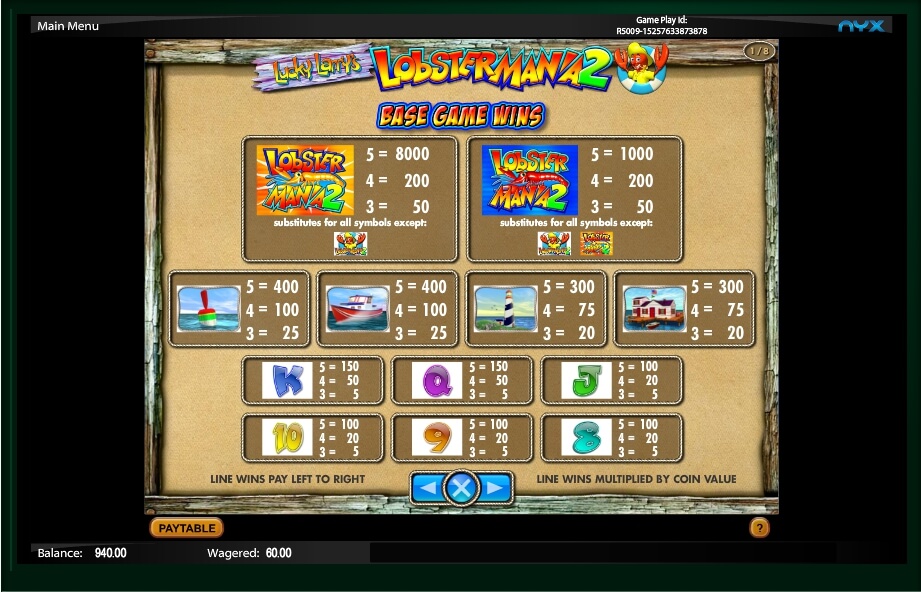 The well-known corporation “IGT” produces modern models and also regularly improves previously known emulators. A striking example is “Lucky Larry’s Lobstermania 2”, which became a continuation of the story of the merry lobster, that lives on the coast. The first part of the game was liked by all customers and received many positive feedbacks from the experts. This was the reason for creating the second part. It is worth noting, that in the continuation of this story the modern technologies were used , that will pleasantly surprise every user. If you miss the merry lobster, then run this emulator!

Qualitative and fun design of the slot machine will help players to immerse themselves into the amazing atmosphere of the game. After the game is loaded, the participant will be greeted by a fun lobster in a yellow suit. Did you miss him? We are sure, that it has prepared many new assignments as well as generous prizes. On the wooden boards there are five drums. The playing field is surrounded by the colorful buoys that correspond to 40 active lines (note that this figure can’t be adjusted). In the background, there is a beautiful coastline. In the distance, there is a lighthouse that illuminates the way for the ships. At the top, the sky and white clouds are qualitatively drawn. Animation of images makes the gameplay more attractive. The musical accompaniment does not contain complicated compositions; therefore the participant can concentrate on the game process.
Management of the video slot is carried out with the help of the function keys. They are traditionally located at the bottom of the screen. To make a bet, the client needs to use the BET function and its additional arrows. A button with circular arrows includes a game. Also there is an automatic game mode that allows players to take a break and enjoy the storyline. In order to avoid the problems during the game, we advise the player to turn into the theory section . Here, the table of payments, properties of all symbols and also structure of lines are described in details.

Wild form combinations by their coefficients, and also replace other pictures. However, a blue joker can’t be used in place of an orange counterpart. Scatter is depicted on the first three reels. Three elements alike on the active band activate the bonus level. The participant will receive free spins with an alternative set of pictures that guarantee an increased number of the paid chains. By the way, during this round the bet will be made by our online casino, so you do not need to risk with the real money. For this reason, we also offer a demo mode, that will allow you to familiarize yourself with all the advantages of a slot machine. But, using this mode, the user can’t win 25 million.