SORRY, DEMO GAMES ARE NOT AVAILABLE IN YOUR COUNTRY!
(2 votes)
Full screen: Report a Problem: close 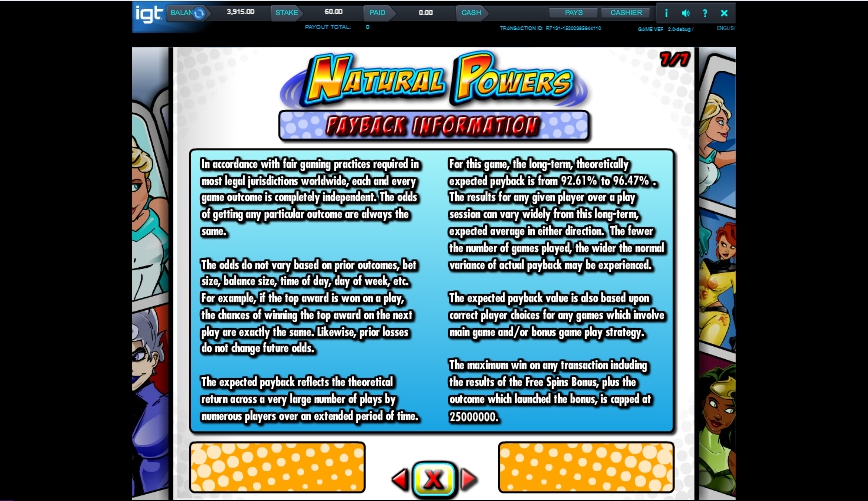 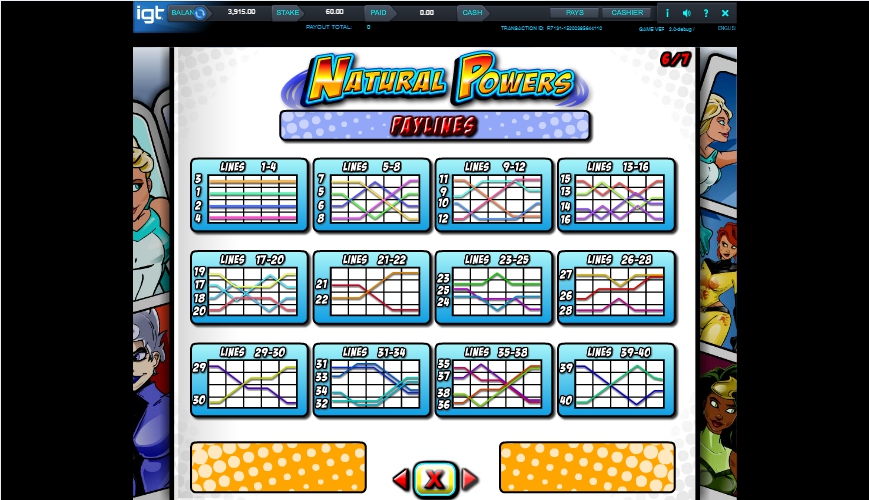 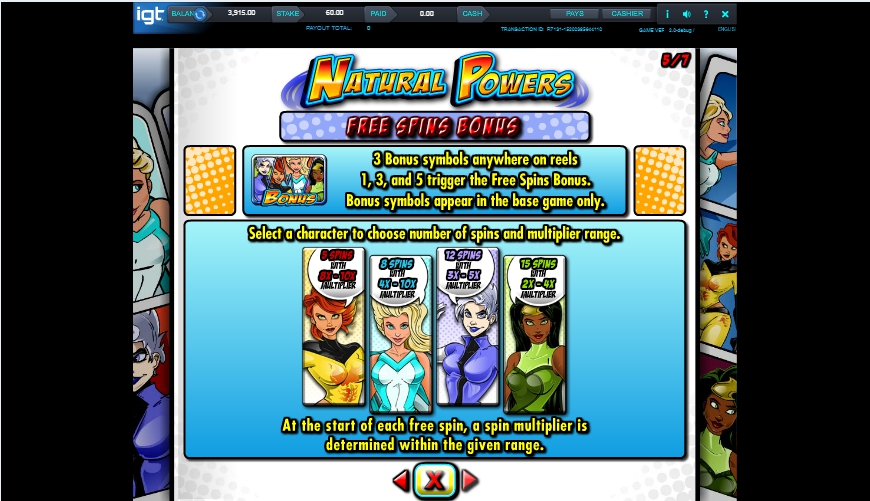 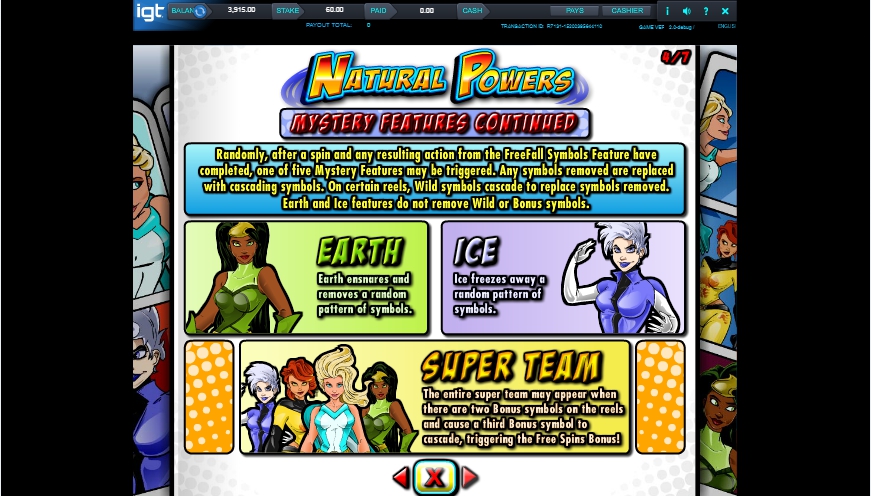 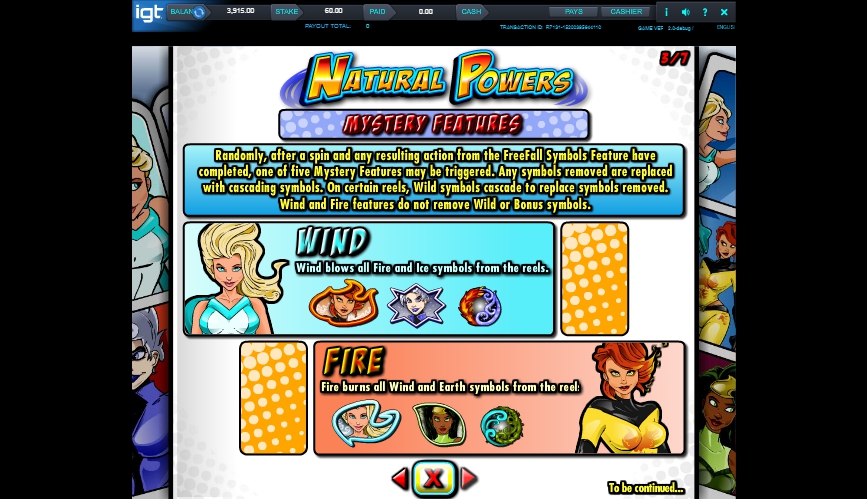 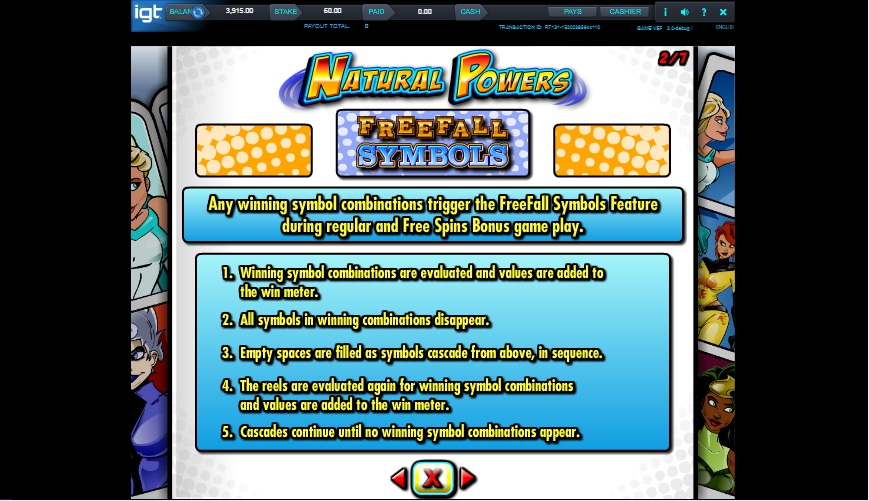 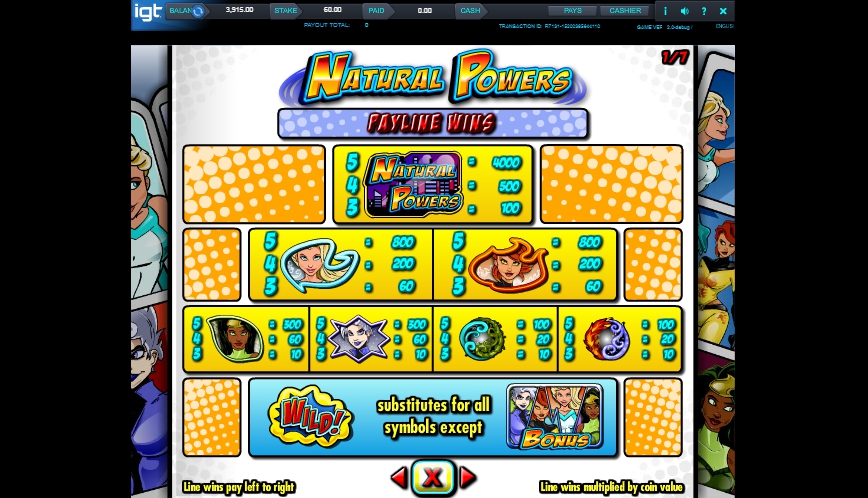 If you sometimes thought which of four elements (earth, wind, fire and ice) will benefit in opposition, then the Natural Powers online slot will answer this question! The payments are constructed around these four principal elements, at the same time there are many bonuses, special symbols, including Wild, Scatter and other counters!

Natural Powers – a new the slot from IGT is constructed by video on subject of superheroes, only not people, but characters who are the embodiment of four elements. The slot machine not only includes free spins as a bonus round, but has a little accidentally the falling-out counters throughout all game. Design of the Natural Powers slot machine pleases with the colors. Launching the slot, you get to the bright world of a game. The device is made in the form of the animated film, and interesting characters organically add to a plot. In the management plan everything is simple. The principal buttons are at a toolbar in the bottom of the screen. Here you will find buttons of start of reels, setup of a bet and the menu with the table of payments. Natural Powers is a slot with five reels on which characters are placed in four rows. The number of lines is fixed and makes forty pieces. The percent of payments makes 96% that is a good index.

In the main game there are seven main characters: four forces of nature – the earth, wind, fire and ice in the form of female characters, two planets and a logo of a game. Each sign will be able to bring you a certain number of the credits. For example, in case of appearance on the screen of five characters of fire or wind you receive eight hundred. Other two elements under similar conditions will be able to present the player with only three hundred. And here planets cost only hundred credits. Wild is an icon with the appropriate text. Its role is to replace other images which are not suitable for creation of the current advantageous combination. The second additional sign is Bonus on which all four girls are figured. It launches a series of free spins under certain conditions.