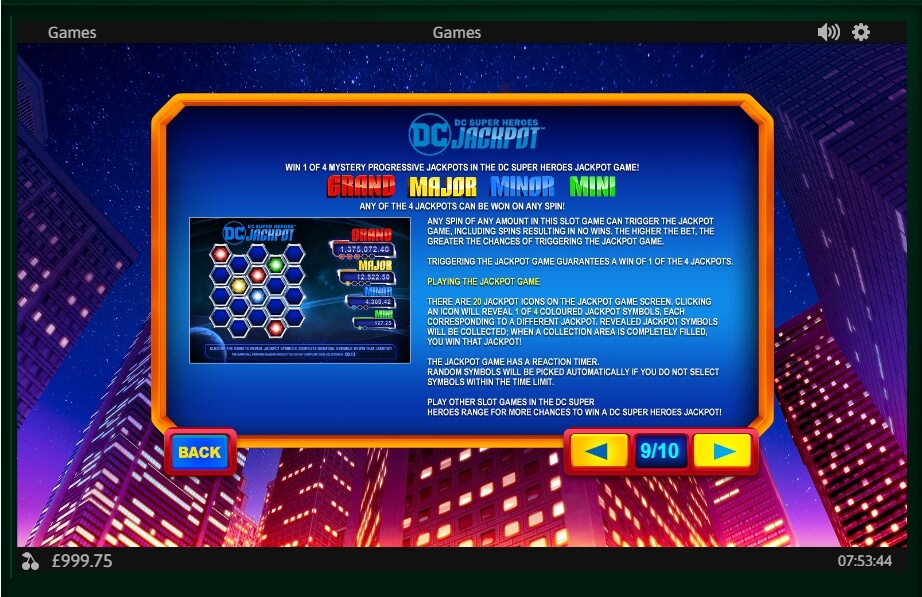 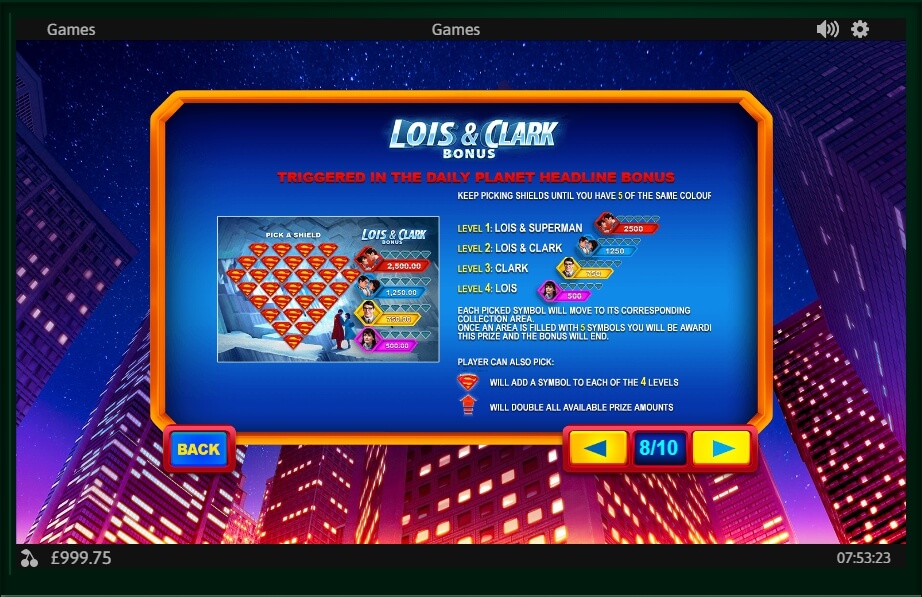 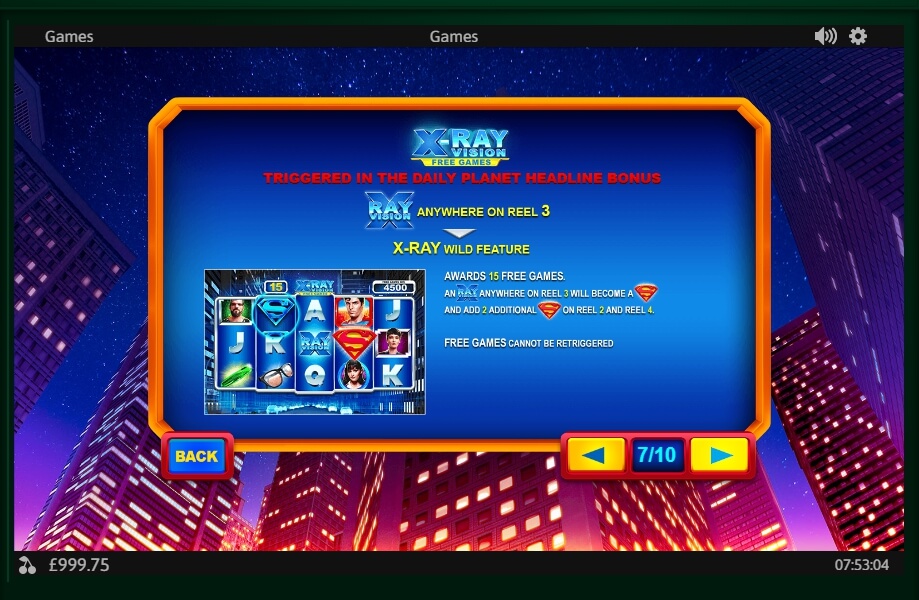 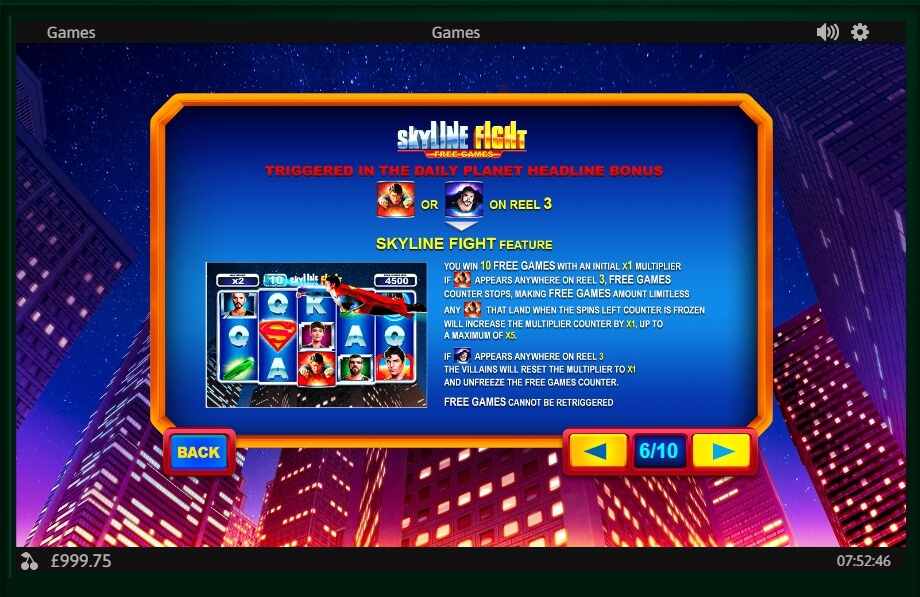 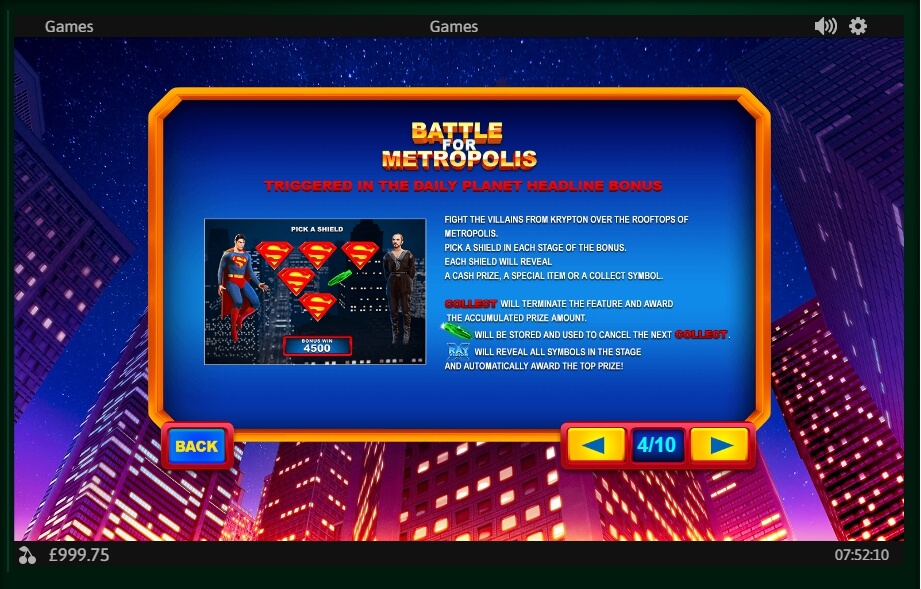 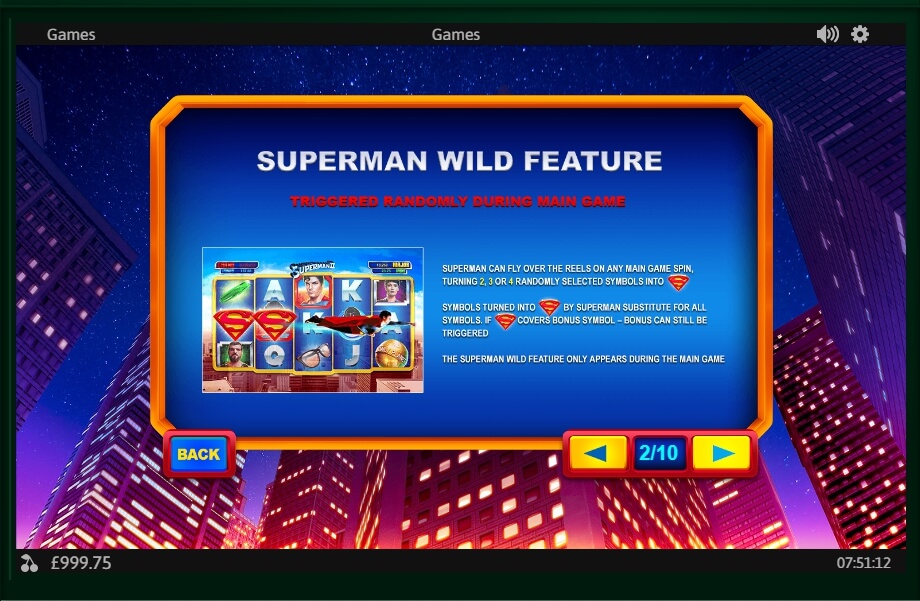 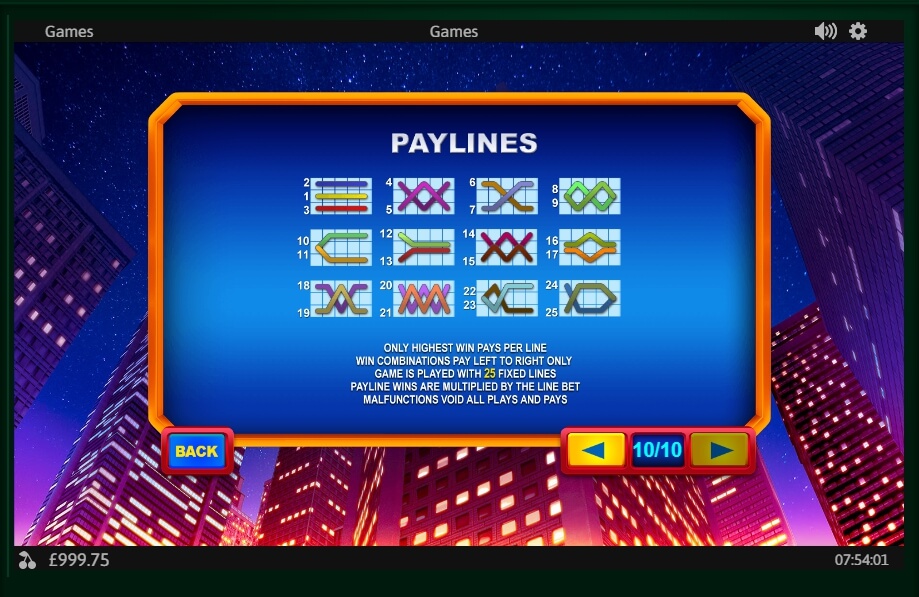 The Slots Spot encyclopedia continues to acquaint gamers with video slots about comics characters released by Playtech after signing a contract with Warner Bros. This review focuses on Superman II, an online slot based on the motifs of the popular 1980 film. This gaming machine tells about the most powerful person (or alien) on our planet. This superhero in a blue suit with a red cloak always saves people and players who came to the online casino to win real money. Here we go!

DC Universe fans will love it. They will move to the legendary metropolis and help Superman save the locals. The visual design of the game is commendable because it meets all the requirements and standards. So, the developers used modern 3D effects that helped re-create the atmosphere of the legendary film. As characters, the creators of Superman II used photos of characters from the film. In addition, you will see other attributes, including kryptonite. Recall that this is the only weapon that can harm the Superman or even kill him. It is worth noting the high RTP video slot. This means that combinations appear frequently. To do this, you need to catch several identical pictures on 5 reels and 25 paylines. At the top, the developers placed a beautiful 3D logo and 4 progressive jackpot windows (Mini/Minor/ Major/Grand), the size of which increases after each bet.

To save the city and its inhabitants, you need to know how the slot machine works. To do this, the developers added an Info section with all the necessary information about the rules, bonus rounds and payouts. By the way, the size of the payout depends on the size of your bet, which is regulated by the Bet/Line button. There are 3 keys on the right side:

Each of them starts the rotation in a certain mode. Help Superman catch the criminals and he will give you one of the progressive jackpots!

Wild (the famous “S” logo) forms combinations according to the general rules and replaces other pictures in chains. In any round, Superman will fly on the playing field and add 2 to 4 Jokers.
Scatter will only appear on the 1st/3rd/5th reels. It does not pay, but several of these pictures activate the “Daily Planet Headline” feature. Newspaper with changing headlines and Stop button will appear on the additional screen. Using this key, the player will select the bonus round: