SORRY, DEMO GAMES ARE NOT AVAILABLE IN YOUR COUNTRY!
(12 votes)
Full screen: Report a Problem: close 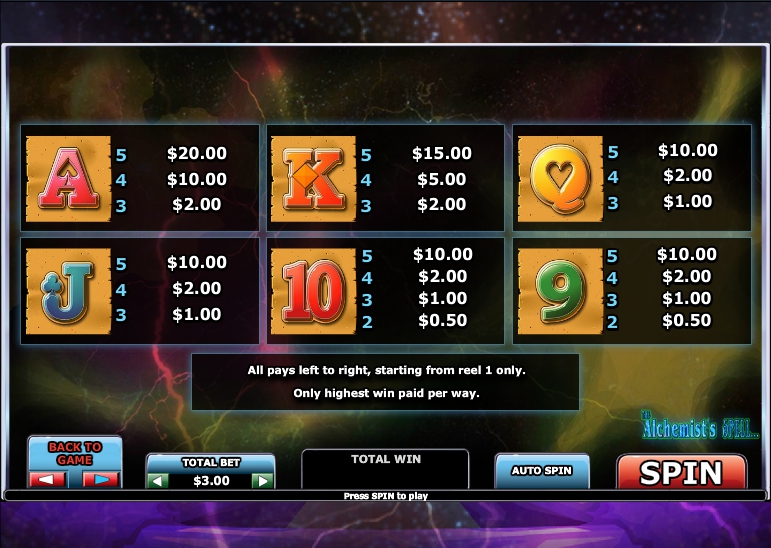 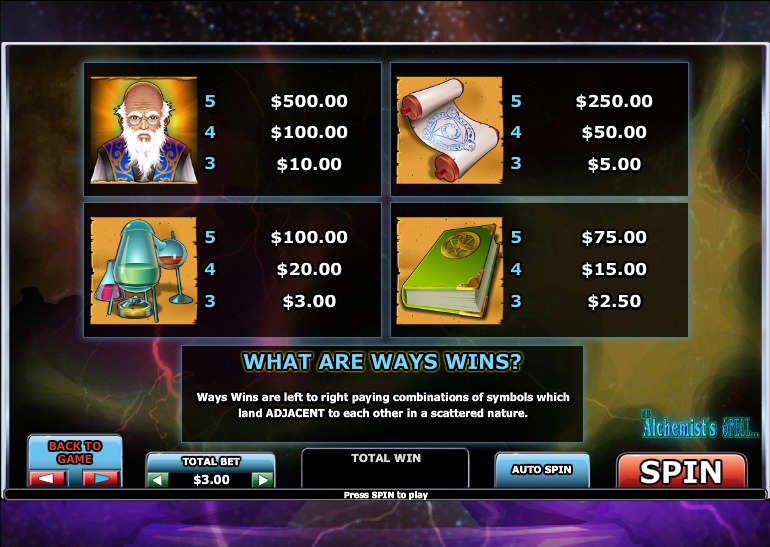 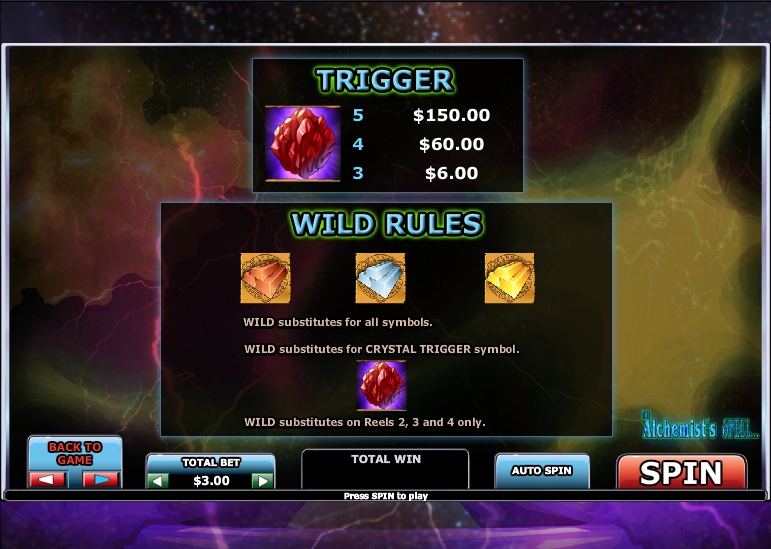 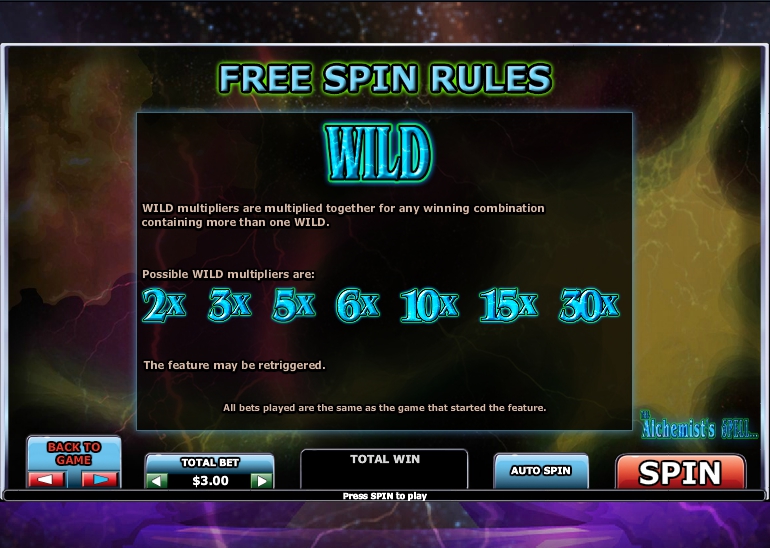 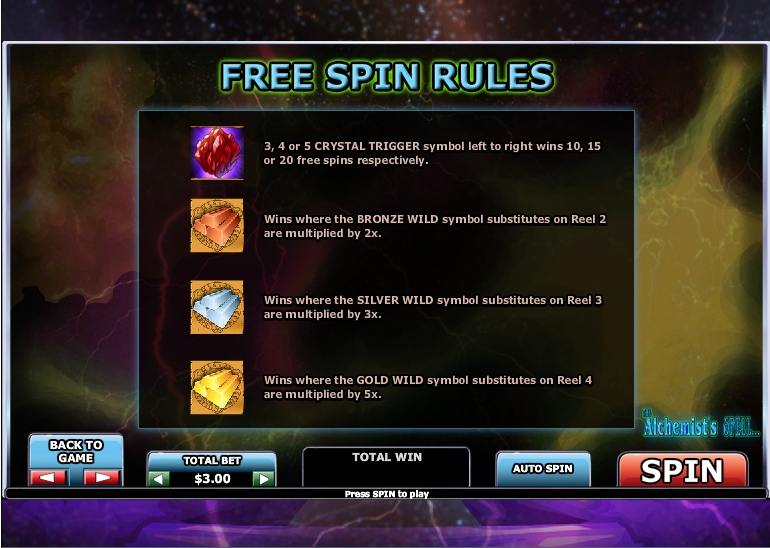 If you look at the catalog of films or fairy tales, you will be convinced that the theme of alchemy is very popular. This is due to the fact that such scientists tried to find a magic stone that had different properties. Such a talisman could turn any object into gold and make the owner very rich. By the way, alchemy has taken place other sciences that we know today. The provider Playtech invites you to the dangerous world of the game “The Alchemist’s Spell”. The main character is an alchemist who is trying to find a philosopher’s stone in order to turn any metal into gold. Also, this stone could give immortality and rid all the diseases of the owner. This theme is often played out in films, fairy tales and also slot machines.
Let’s see what the Alchemist’s Spell video slot offers.

On a dark background of a mysterious room, all the elements of the video slot look organically and mysteriously. Such a scale creates the appropriate atmosphere that prevailed in medieval laboratories. According to the stated theme of the slot on the screen, you will see pictures depicting the alchemist and his magical book with recipes for the preparation of a magic potion that turns any metal into gold.
By the way, the playing field contains 5 reels and 243 ways of composing prize combinations. Above is the name of the game. At the bottom there is a main board that shows the participant’s total winnings. Having opened the slot machine “The Alchemist’s Spell” you need to visit the “info” tab which contains the rules, the co-factors also the payout table. There are no familiar lines here, but despite this you have 243 to get a combination. The bet is adjusted with the help of additional keys of the “total bet” function. On the right side are two functions that begin the rotation of the reels. The second button activates the round with continuous rotations. This function does not require player action so it can relax and enjoy the gameplay. Throughout the game you will hear a mysterious tune.

You need Wild (various ingots) to replace simple pictures. During the round of free spins, the bronze dickie multiplies the payout for the combination. Trigger (red crystal) can appear during normal rotation and is paid at any position, and the winnings are calculated at the total bet per round. In order to activate a round of free spins, the player needs to catch more of these pictures. After that, he will get 10-20 free spins. In this round, you do not place a bet. But this is not all the advantages of the video slot “The Alchemist’s Spell”. The player also has the ability to activate the demo version of the game. In this case, he will spend virtual credits and enjoy the gameplay. But notice that you do not have the opportunity to win real money.