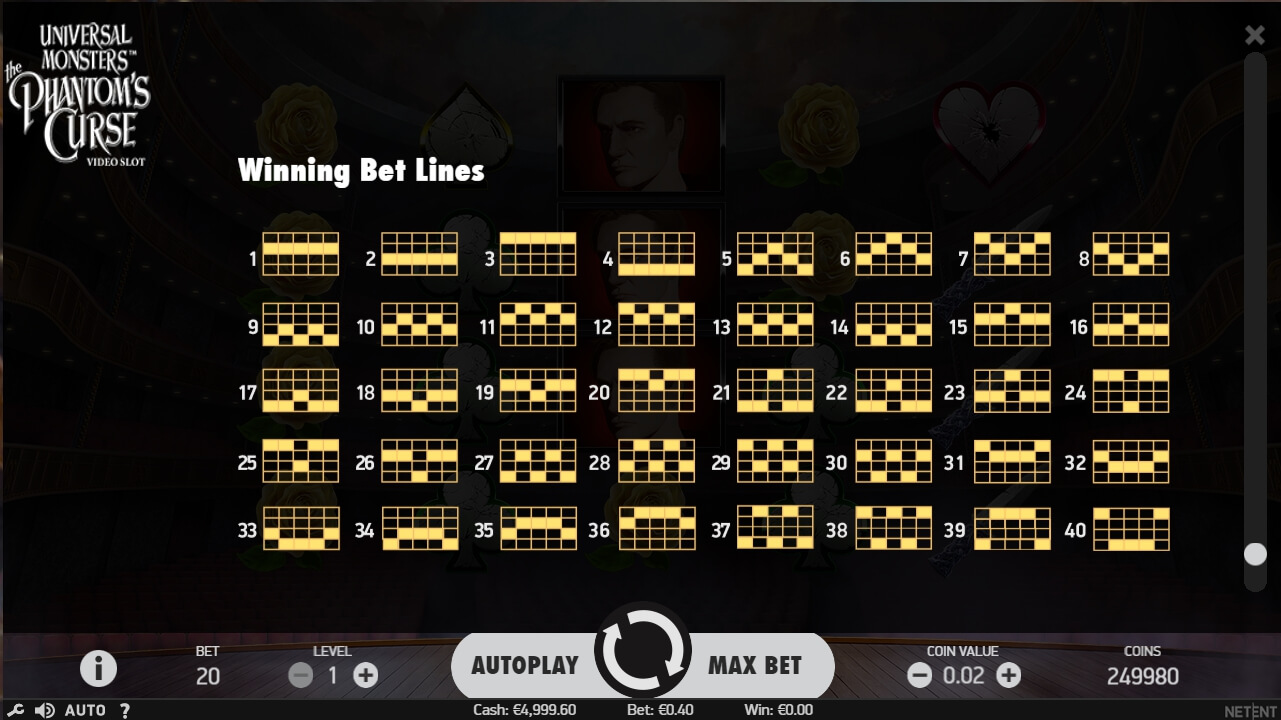 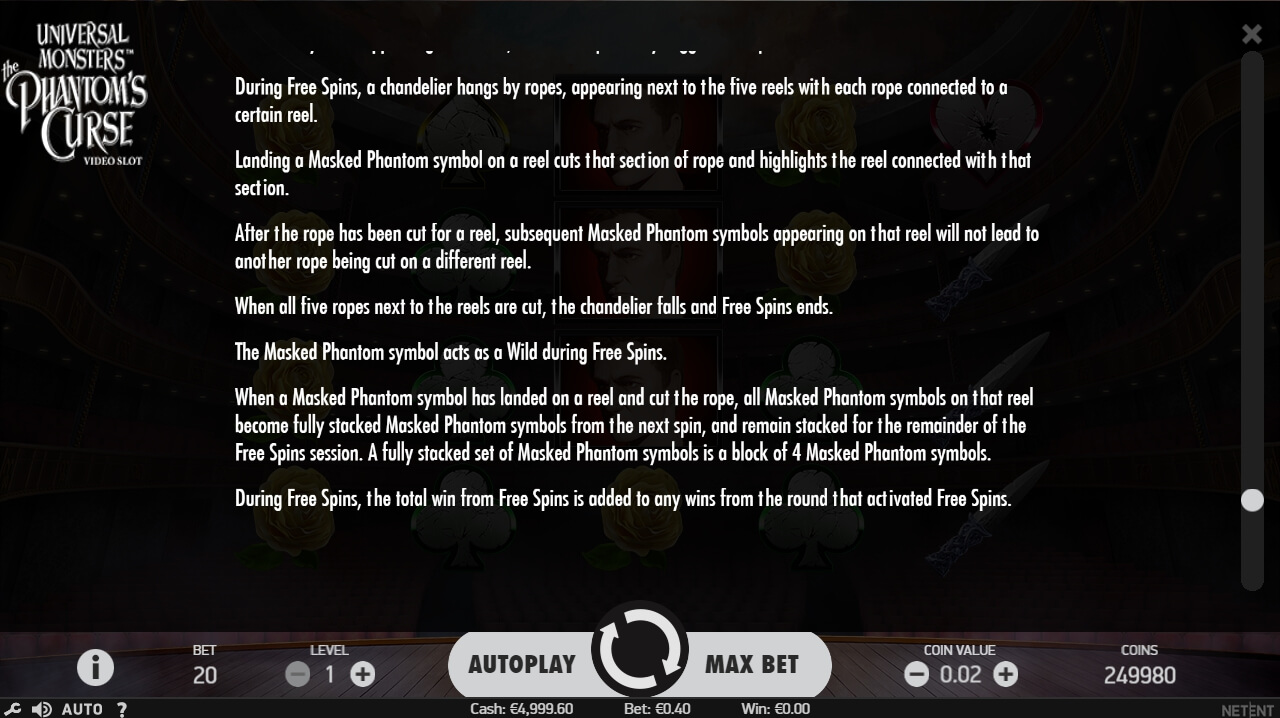 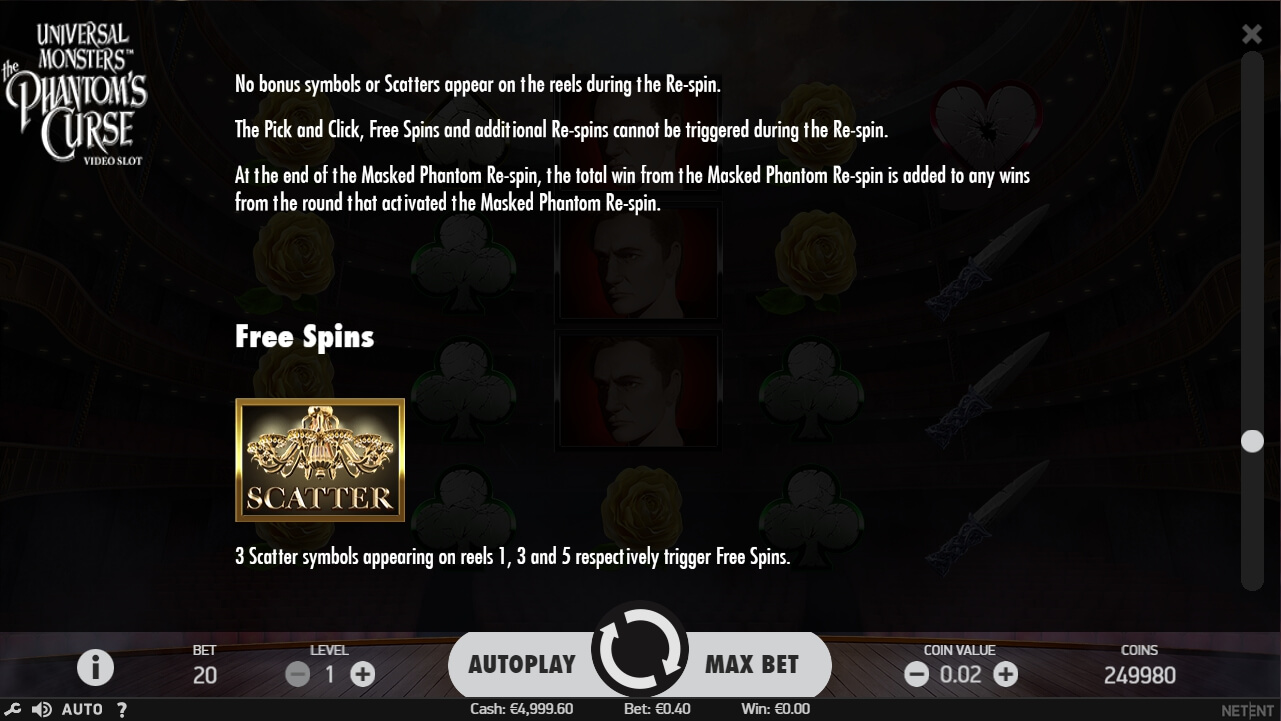 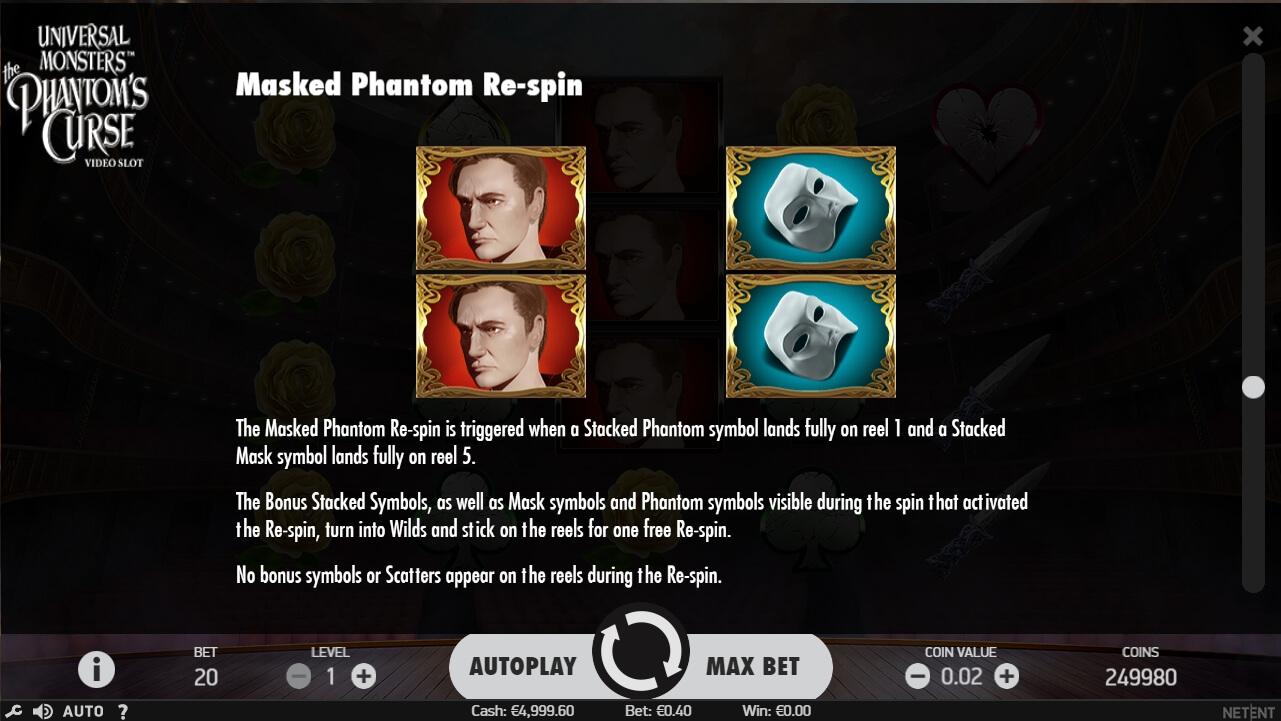 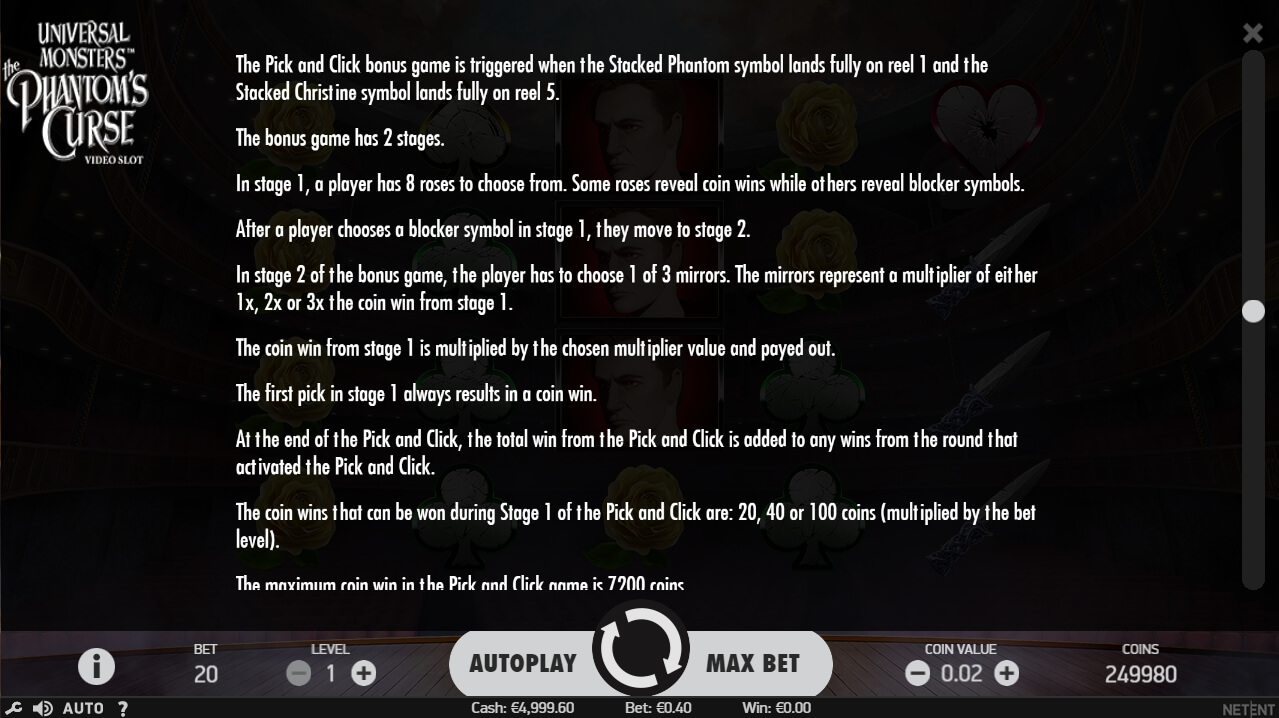 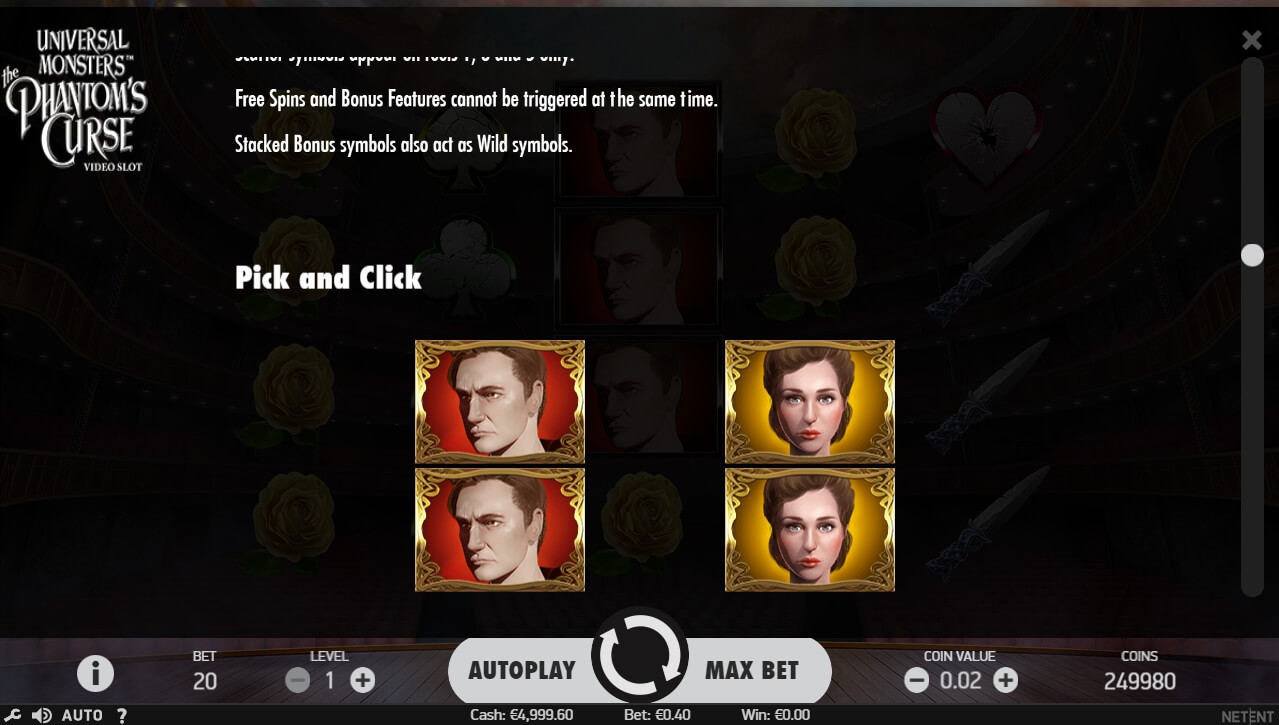 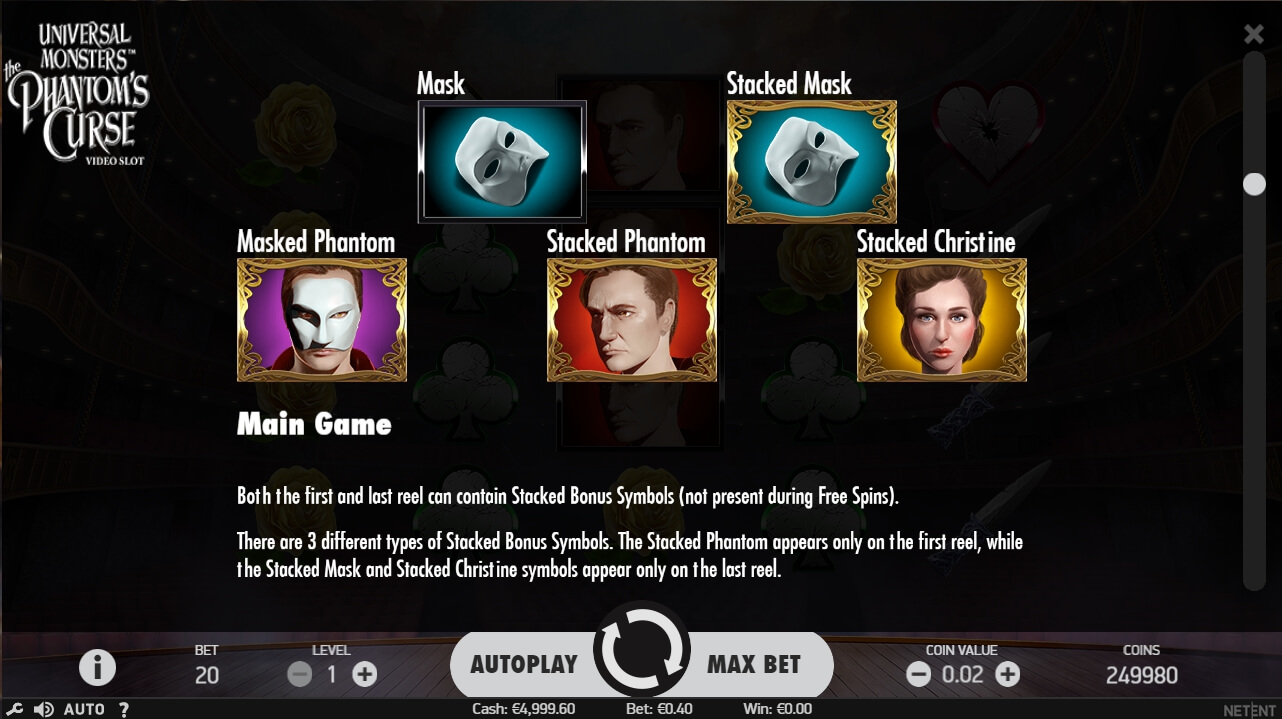 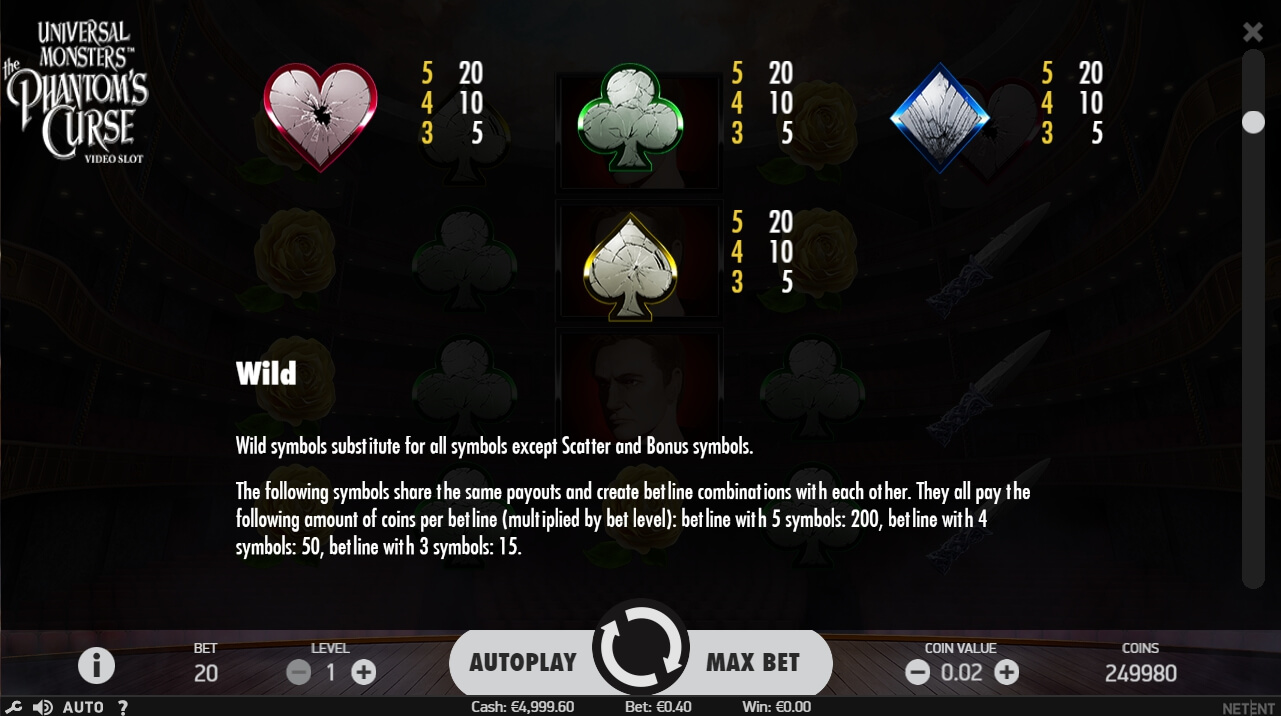 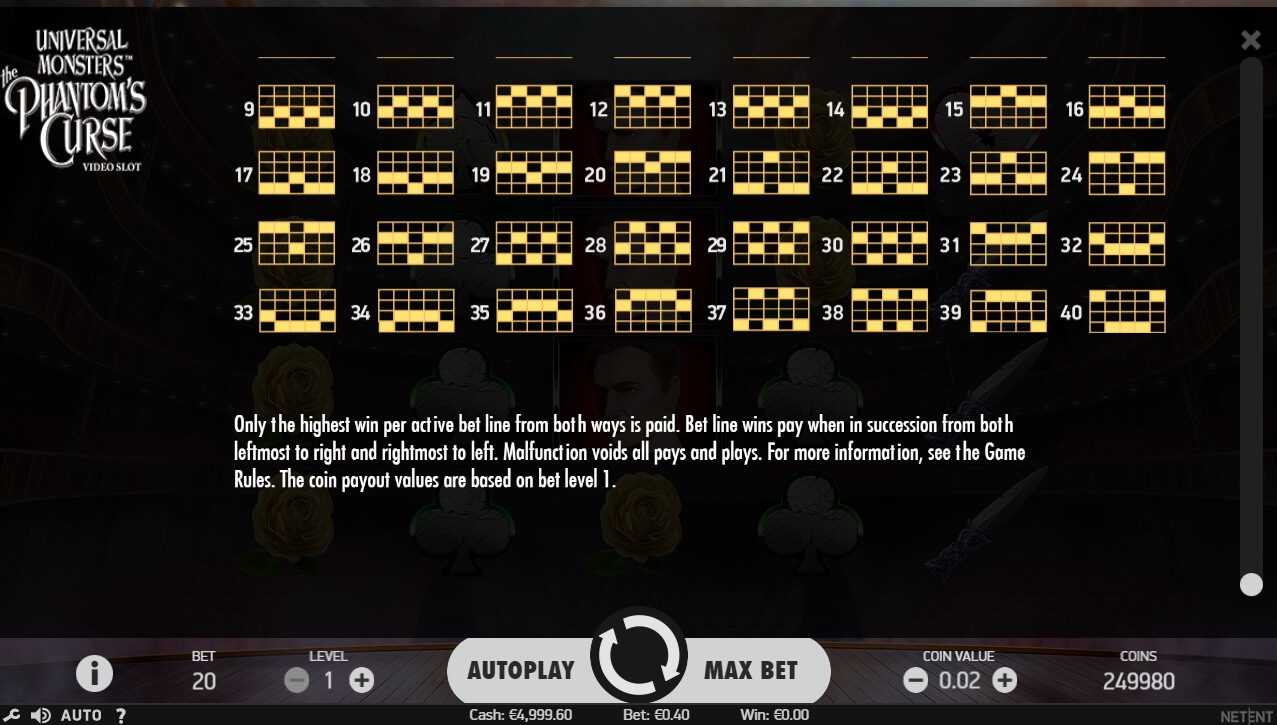 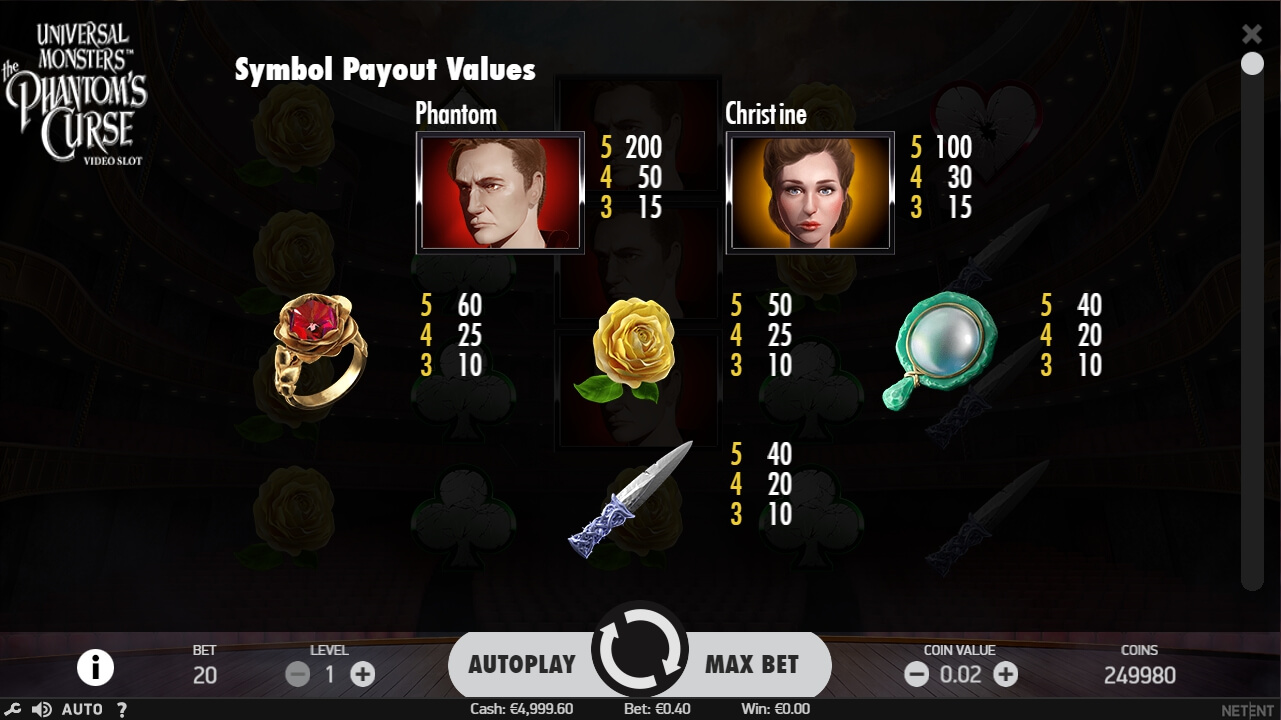 The plots of popular novels and films are often depicted in online slots. As the statistics show, the players have a positive attitude to these games because they allow you to meet with your favorite characters and win real money. NetEnt presented a themed video slot called “Universal Monsters: The Phantom’s Curse.” As you already understood, the model is dedicated to the legendary film which premiered in 1925. If you are a fan of opera, mystery and unique style then this is what you need!

The slot machine will open the doors of the legendary Paris Opera where you will take part in mysterious events. First, a huge chandelier will kill the opera employee. In a few moments, the main singer will lose her voice. All these events were carefully planned by a mysterious character. No one saw him but everyone heard his eerie voice. In fact, this is a brilliant musician in love with a young girl. The developers have spent a lot of time and resources to create this masterpiece. The playing field is located on a large stage. 5 reels and 40 winning lines are transparent so you can take a look at the auditorium. The character set consists of actors, tools, murder weapons and other pictures that are paid according to the paytable. To make your gaming session realistic, the creators of Universal Monsters: The Phantoms Curse slots have added short videos from the legendary movie. Animations and sound will not allow you to relax because the mysterious character is somewhere nearby.

Universal Monsters: The Phantoms Curse is a 3D slot with fixed lines. The control panel located below has all the necessary buttons. For example, the Level and Coin Value options will help you choose the appropriate bet size. If you do not have enough skills then do not use Bet Max. Click the “I” button to open the section with instructions and rules. Also, players will find a pay table and structure of active lines.