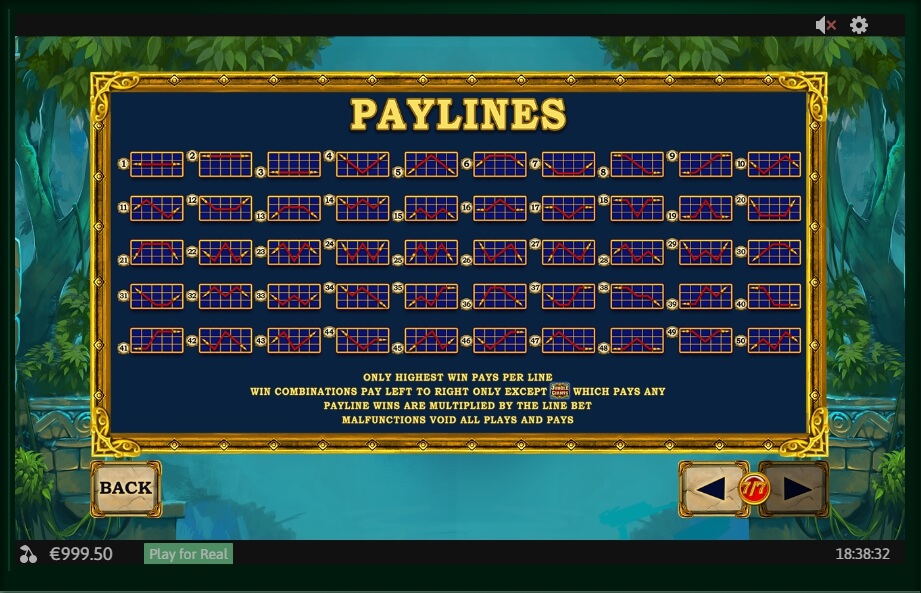 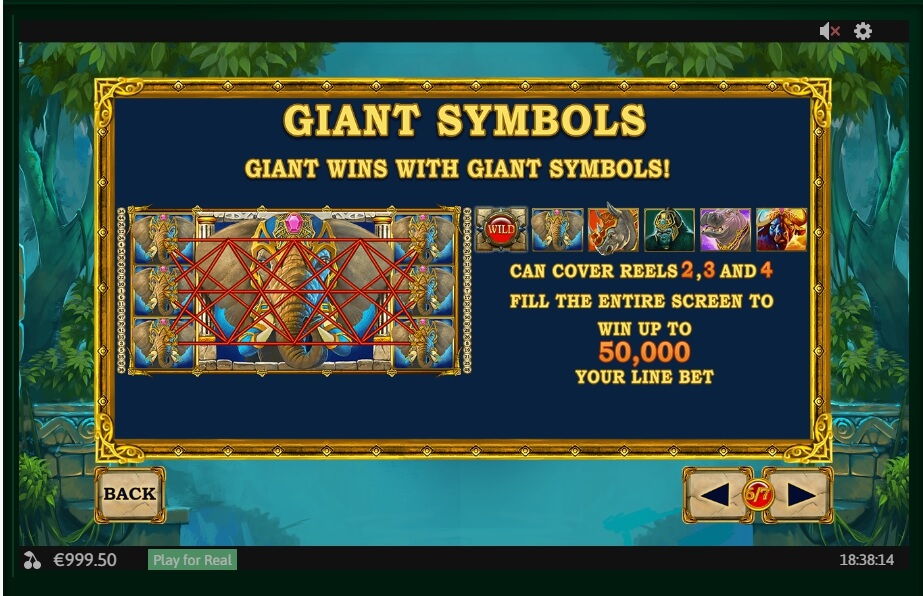 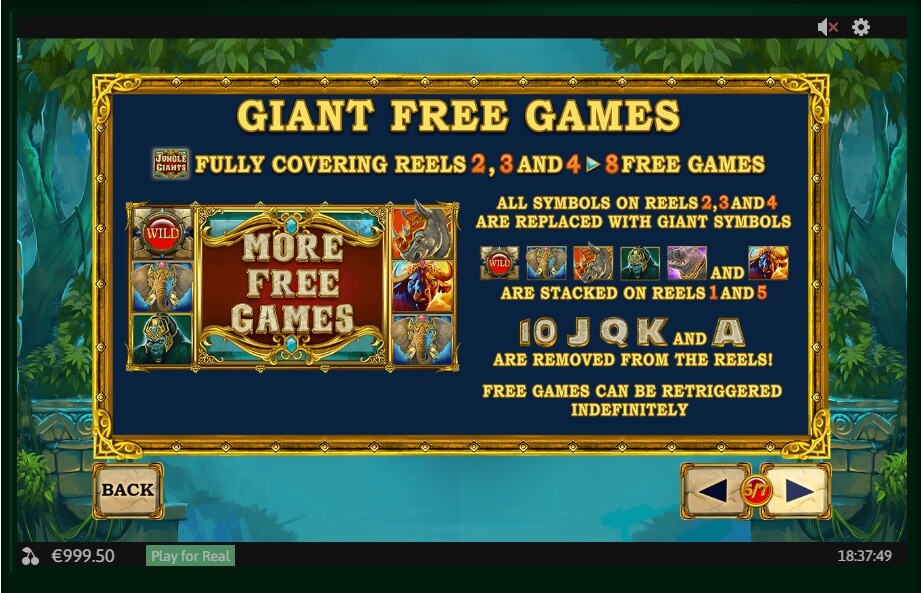 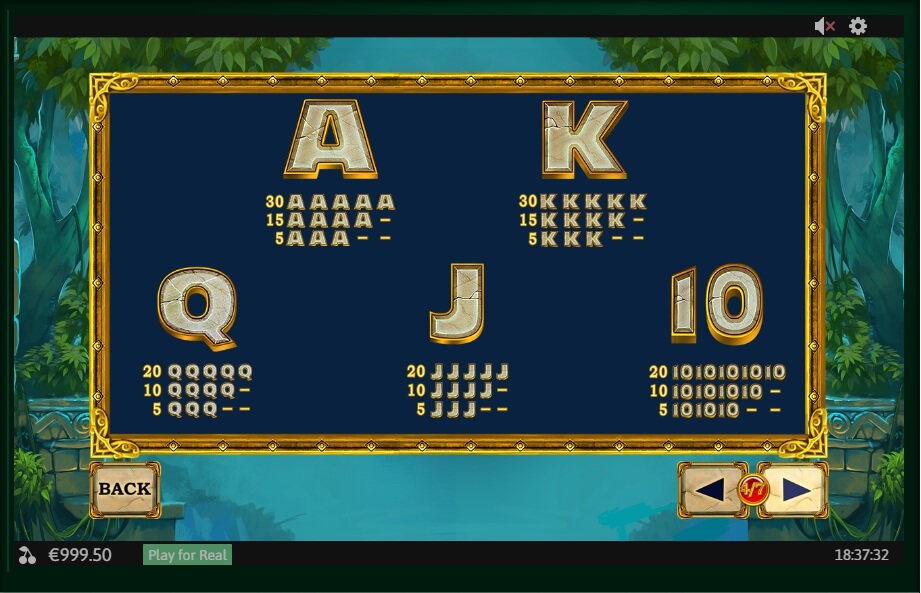 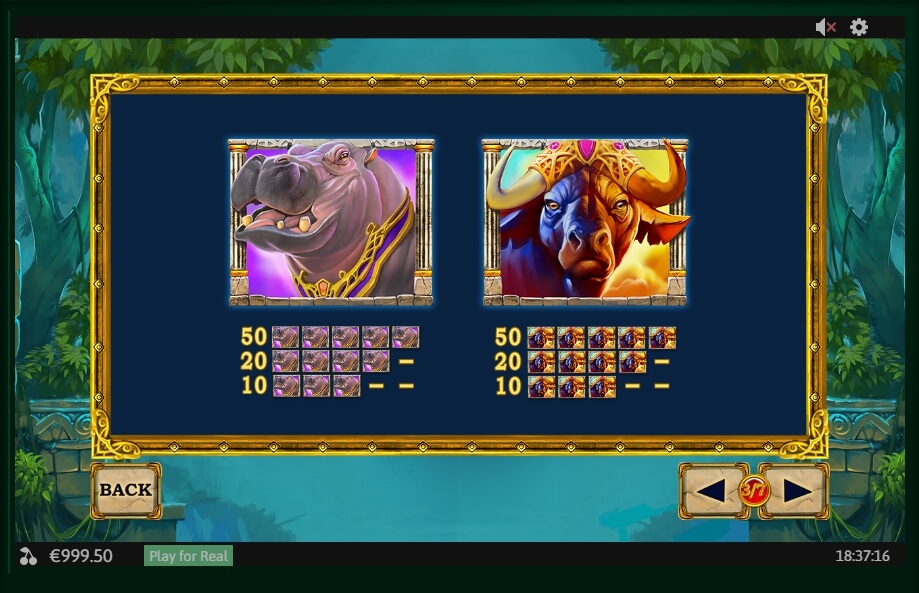 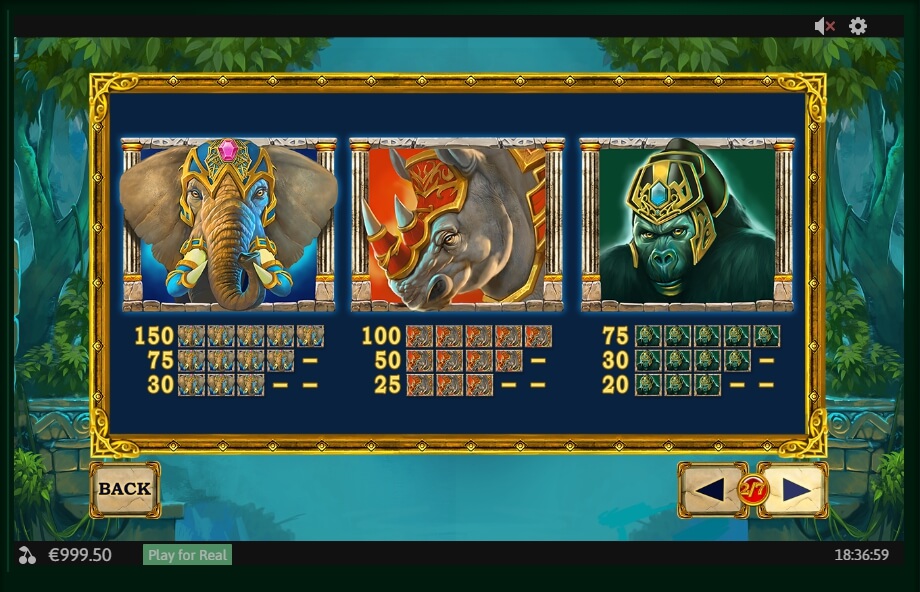 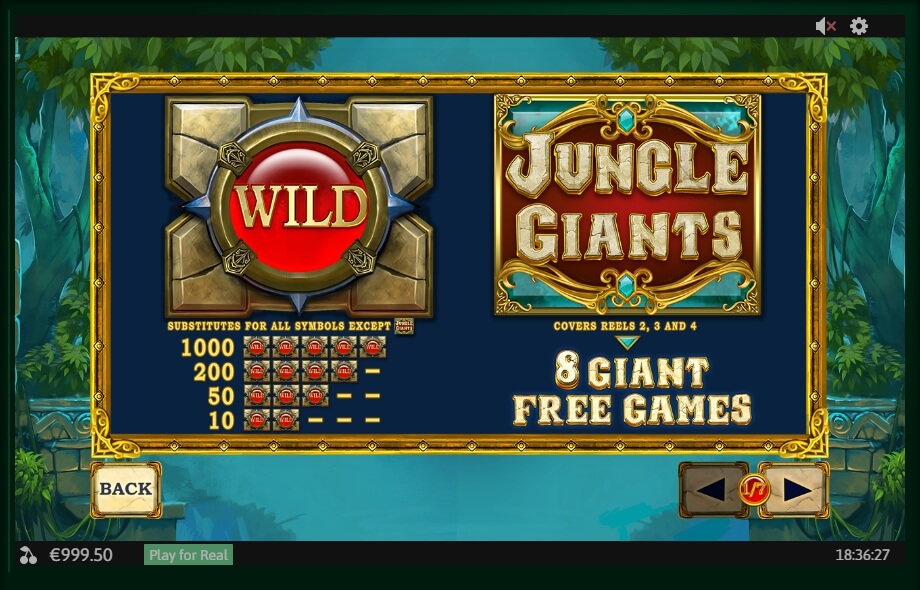 There are many slot machines, where the jungle topic is used, but this one is unique for sure. Playtech created rather interesting slot game called Jungle Giants. We must say, those giants are not only animals, but also icons on the reels. Some icons stretch on half a reel or even a line, which makes this game more realistic, because giant animals look really huge. So who are those giants? You will meet a beautiful elephant, a gorgeous rhinoceros, a serious gorilla, a huge hippopotamus and a wonderful ox. The background looks like jungles at the nighttime, there are a lot of monuments with elephants that change for big statues of ancient tribes. Everything is massive as well as magnificent, which emphasizes the giants’ theme of the slot machine. The gamer will find a lot of different prizes and bonuses as well as a giant jackpot. If creators followed the idea in everything, wins must be gigantic for sure.

The Gameplay is understandable, and the rules are clear as always, if we are speaking about Playtech. The player always starts any casino game with a bet. The bet here is from 0.01 to 50.00, so as we can see, stakes are also gigantic. You can change the bet using +/- buttons during the game. There is even the Autoplay option that allows to have a little rest but not to stop the game process. The slot gambling contains 5 x 3 reels and 50 winlines. You won’t find here registration or download, so have a great time playing this slot gambling and don’t digress. There is no option that allows changing the number of lines. As we have said, reels are not usual in the gambling. Gigantic animals occupy three reels in the center of the playing field. When the player sees such a big symbol, it feels like an animal is coming out from the picture right now. Anyway, when you hit such a huge combination with the same smaller symbols on the sides, you will get free games or big credits. In other variants, a winning combination is usual: three or more same icons on the winline. The game contains card icons as well as there is a special symbol – Wild. Wild looks like a big stone with a red Wild sign on it. Card icons as always will not bring many credits, from 5 to 30 only. The hugest credit can bring only Wild – 1000 payouts. For comparison, the elephant can bring only 150 credits maximum, the rhino – 100, the gorilla – 75, the hippopotamus and the ox – 50.

Huge icons are the most unusual feature ever. If 2, 3, 4 reels will be occupied with the Jungle Giants sign, it means the player wins 8 free games. During these games, the gamer can enlarge the income well. If 2, 3, 4 reels are occupied with the giant elephant, the rhino, the gorilla, the hippopotamus or the ox and their small appropriate twins are on 1, 5 reels, there is a possibility to win 50,000 credits. And a few words about a big jackpot – 2,500,000 credits for an accurate hit.