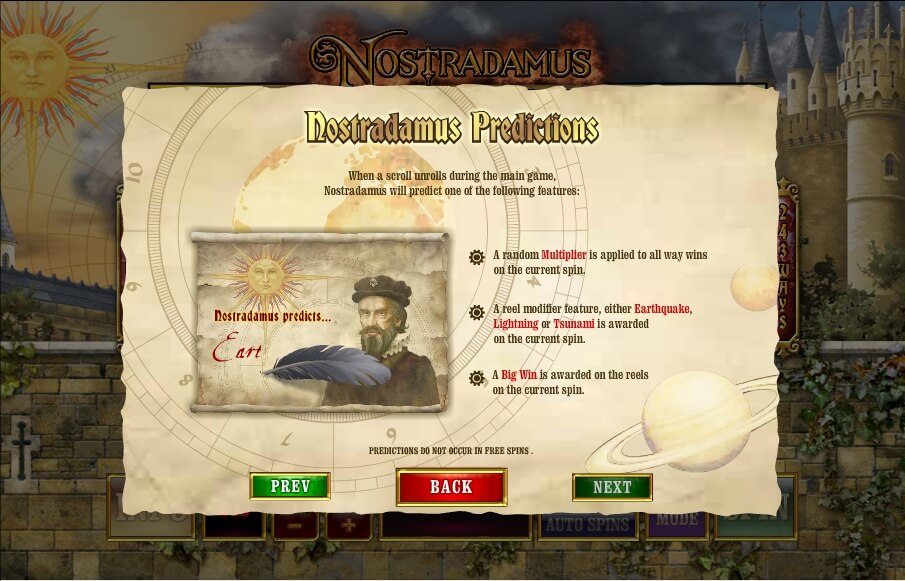 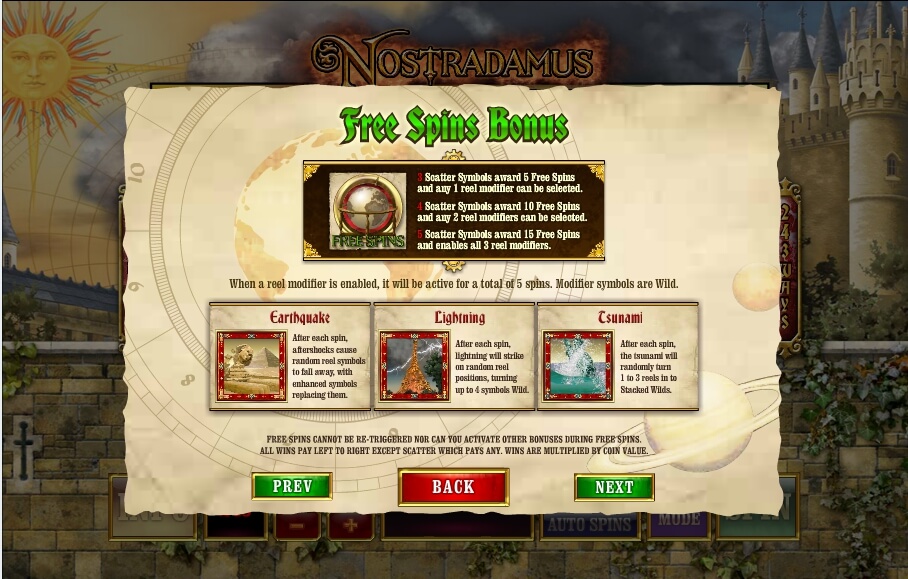 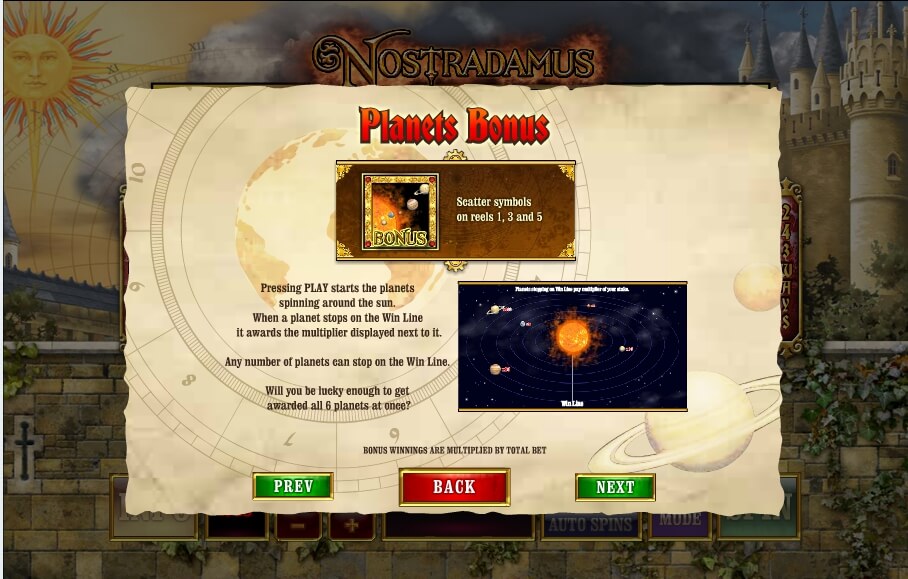 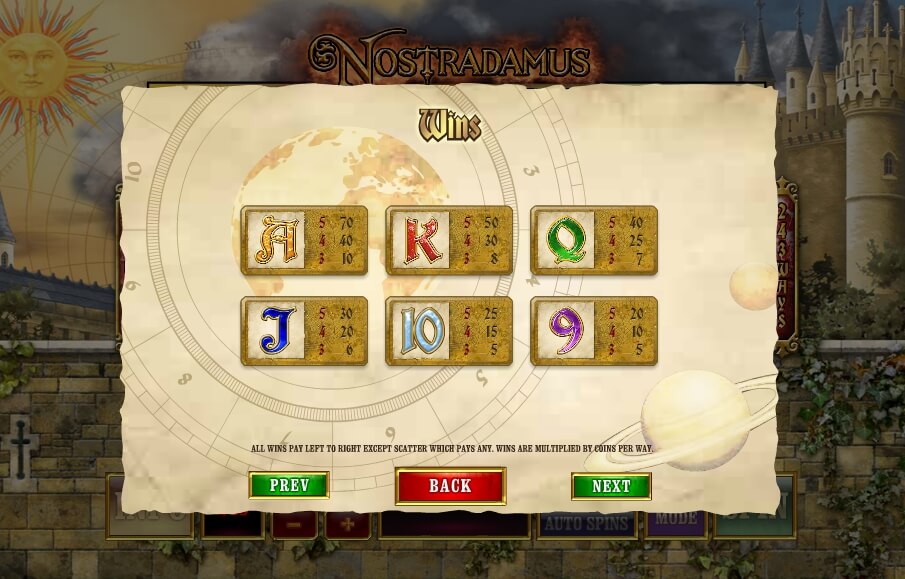 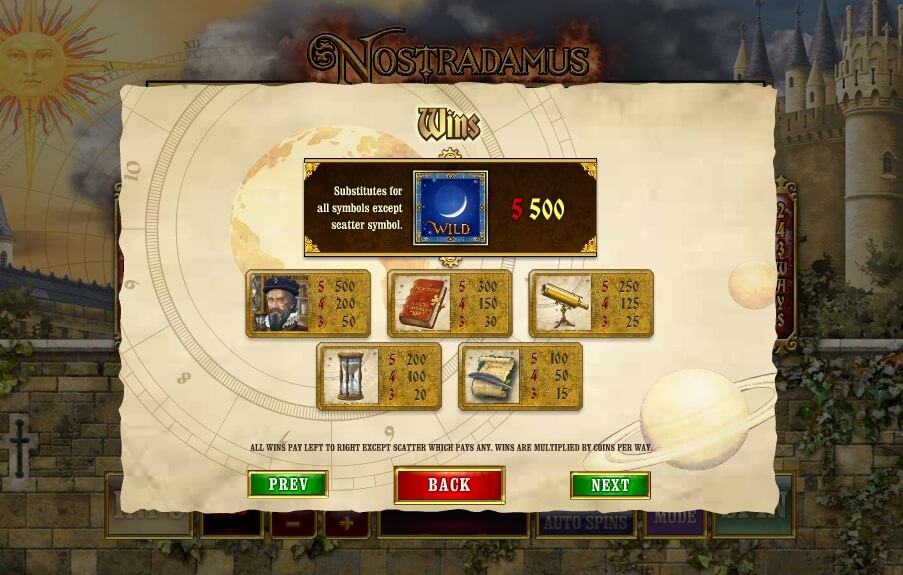 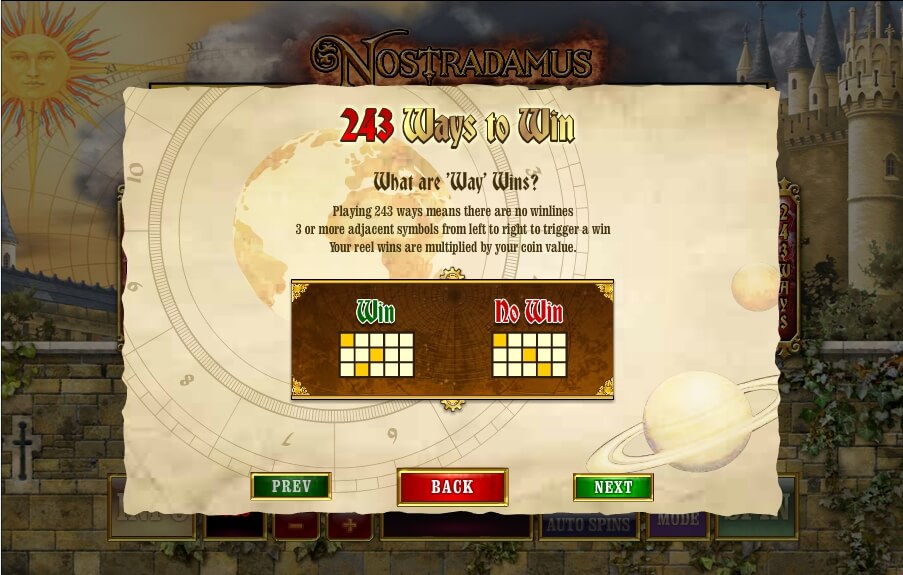 Obviously, Playtech is a leader in the gambling arena. This corporation produces only high-quality and relevant gaming models and most of them become real legends. Choosing a story or story for a new game, Playtech always focuses on the wishes of the players. So, the provider noticed that most players choose slots telling about historical figures. Today we look at the video slot which is dedicated to the great Nostradamus. This soothsayer and inventor could see the future and almost all his predictions / assumptions came true in a few centuries. Nostradamus online slot tells about the life of a scientist and also reveals all the secrets of astrology and esoteric.

Nostradamus is not only a video slot, but also a real time machine that will help you move to Medieval Europe. You will see that all the details are fully consistent with the selected topic. Designers have depicted a majestic castle as well as beautiful nature. There are also different patterns that helped Nostradamus keep track of the stars and planets in our solar system.
By the way, the corresponding symbols and tools appear on 5 reels. There are no classic lines since the gaming machine has 243 ways to win. All interface elements are made using 3D modeling, so they look beautiful. It is worth noting animation effects that create a realistic world. For example, a large game logo is surrounded by a bright flame. Graphic design is perfectly combined with a light and at the same time mysterious melody.

Rotations will not start until the gamer has learned all the rules. They are described in the theoretical section where you will also find information about bonus rounds and symbols. By pressing the Coin Value button you bet on the round. The creators of Nostradamus slot offered gamers three modes:

Each of them offers a comfortable game with large payouts and real money.

As we have said, the characters correspond to the overall plot of the video slot. But there are also a few bonus symbols that will make your session unforgettable. For example, the Joker will replace the standard icons and complement the chains.

Three to five Scatters give gamers 5 to 15 free spins during which the online casino makes a bet. Before the round starts, an additional mode (Thunderstorm; Earthquake or Tsunami) will be selected.

The video slot has a themed mini-game called Nostradamus Predictions. During the bonus round, the participant will receive excellent prizes, including additional multipliers.

If this is not enough and you are fond of astrology, then catch a few symbols with golden frames and activate the fascinating Planets Bonus. The participant will see a large bright sun around which the planets revolve. How many planets will you catch?