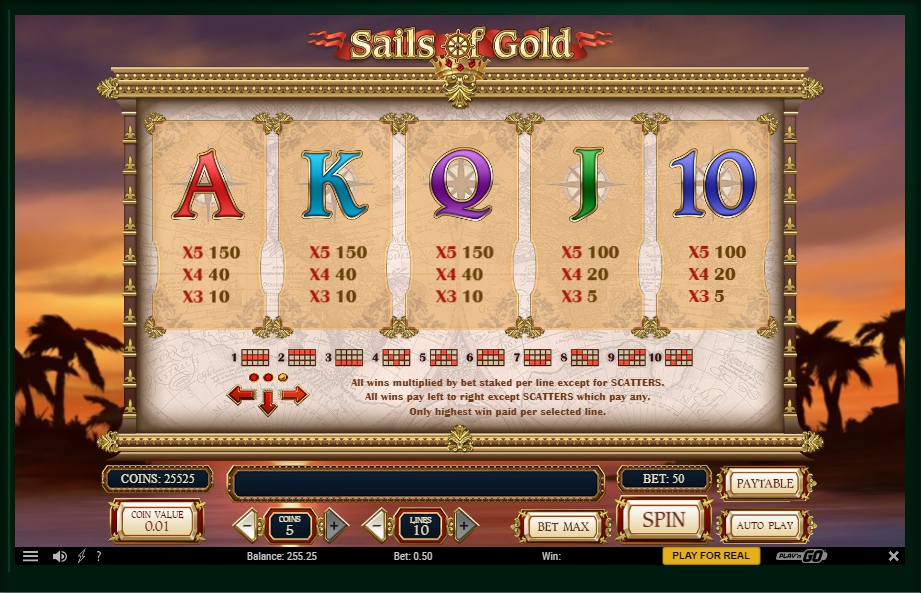 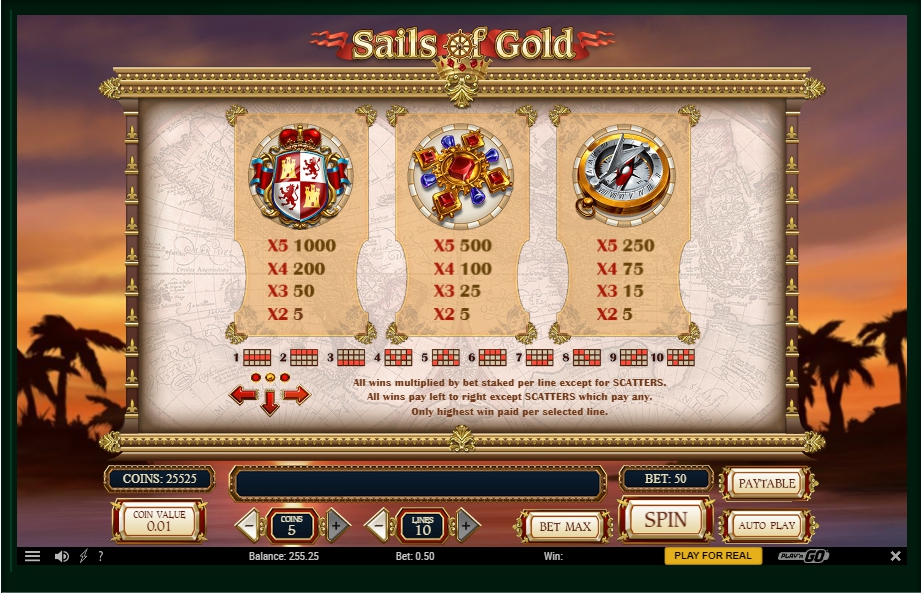 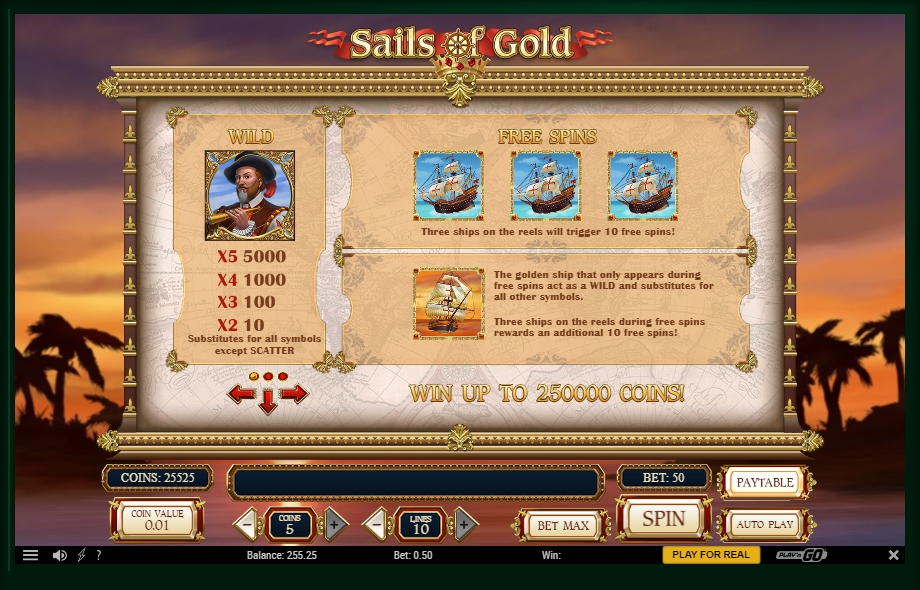 This time the Play’n GO company pleased its users with an interesting novelty, dedicated to the themes of the Middle Ages and sea voyages, when people sailed in search of new lands and thereby established trade routes. This subject is very popular among gamblers. In this review, Sails of Gold will be offered for analysis. This slot is one of the most popular among the gaming products of Play’n GO.

Style and theme play an equally important role in gambling, being directly related to the fact that the first impressions of gamers are always formed thanks to what they see for the first time. That is why designers together with developers spend a lot of time creating high-quality graphics, thematic sound and exciting animation. Running this emulator, users become witnesses of an entertaining mini-video with a screensaver of the sea sunset, which pleases players with beauty, tranquillity and relaxation from the very first seconds. Also, a screensaver with an inscription that says that the most lucky players will be able to win 1000 credits in this game appears in front of players. Next, the main game screen, which offers the game board, the control panel, the slot name and a nice background, opens.

The structure of Sails of Gold provides for 5 reels with 10 active paylines. Management in the game is done using special buttons available on the control panel. The number of buttons is completely insignificant, so it is not difficult to identify their functionality, as the set of buttons is standard and they are all signed. The game provides an informative game window, where users can learn useful information about additional game modes, available pictures and coefficients that correspond to them. At the very bottom of the game window, there is a panel with information on the balance of the gamer (BALANCE), the current bet (BET) and the amount of the last win (WIN). In addition, users are given an opportunity to manually adjust the parameters of graphics, music and the size of the game window, which is incredibly convenient and effective for increasing the comfort of each user in the game. Next, users should start setting the initial parameters, setting the size of the bet using the COINS or the BET MAX button. To rotate the game reels, players will use the SPIN button.

The peculiarity of the Captain’s wild symbol is that it is able to independently form winning sequences and at the same time to replace unsuitable pictures. Scatter helps to activate the free spins feature. In case of the simultaneous appearance of three scatter icons on the screen, gamers will be offered to play in the mode of free spins. During the process, another wild symbol in the form of a sailing ship in a gold box will be granted. In addition, there is a risk game mode, playing which you must guess the colour of the card or its suit, the colour will increase the last win by 2 times, and the suit – 4 times.

Rich Wilde And The Aztec I...