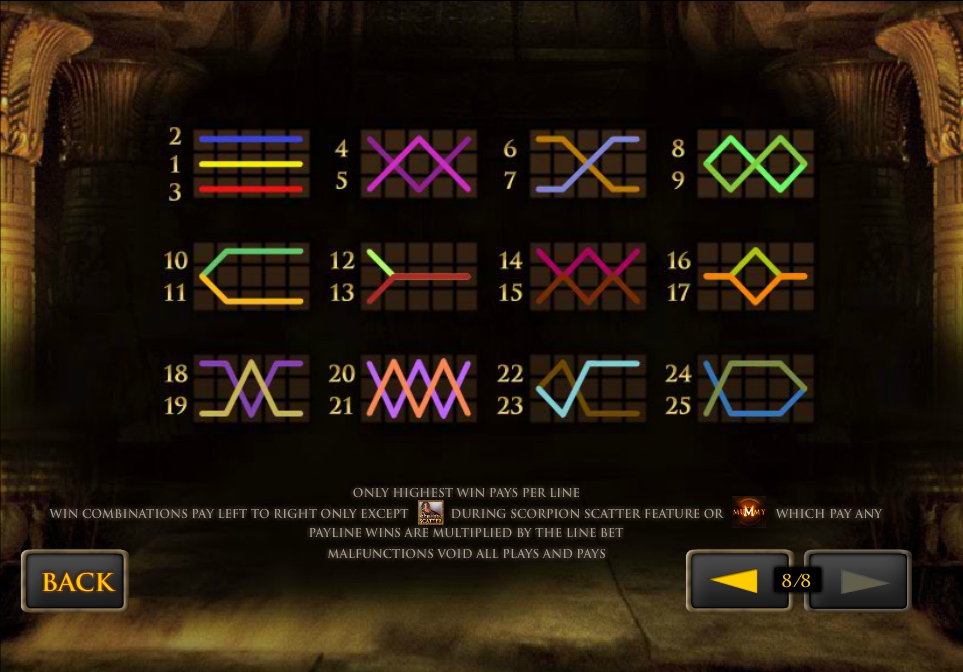 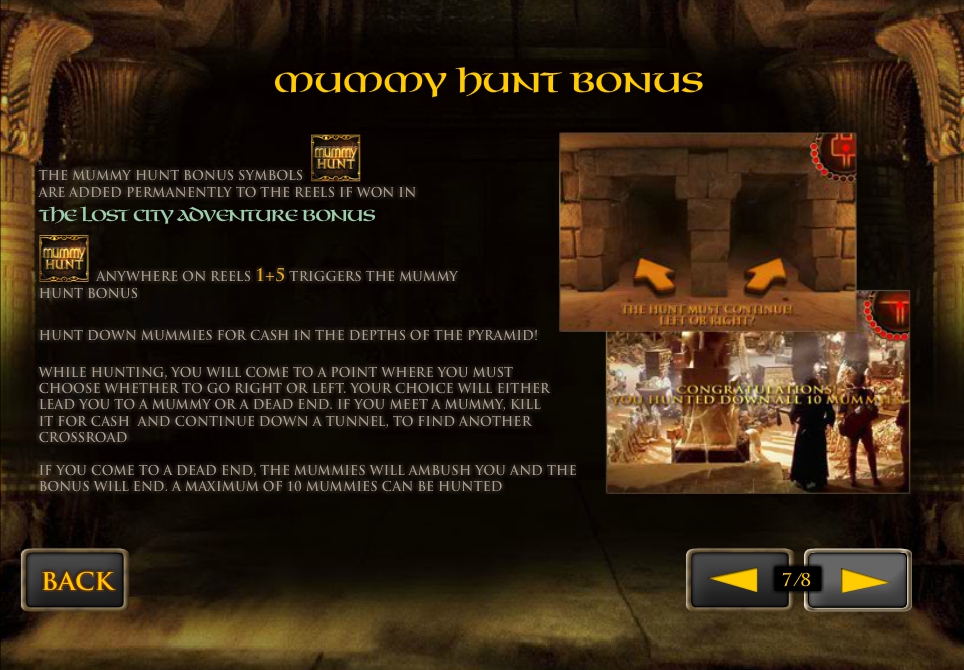 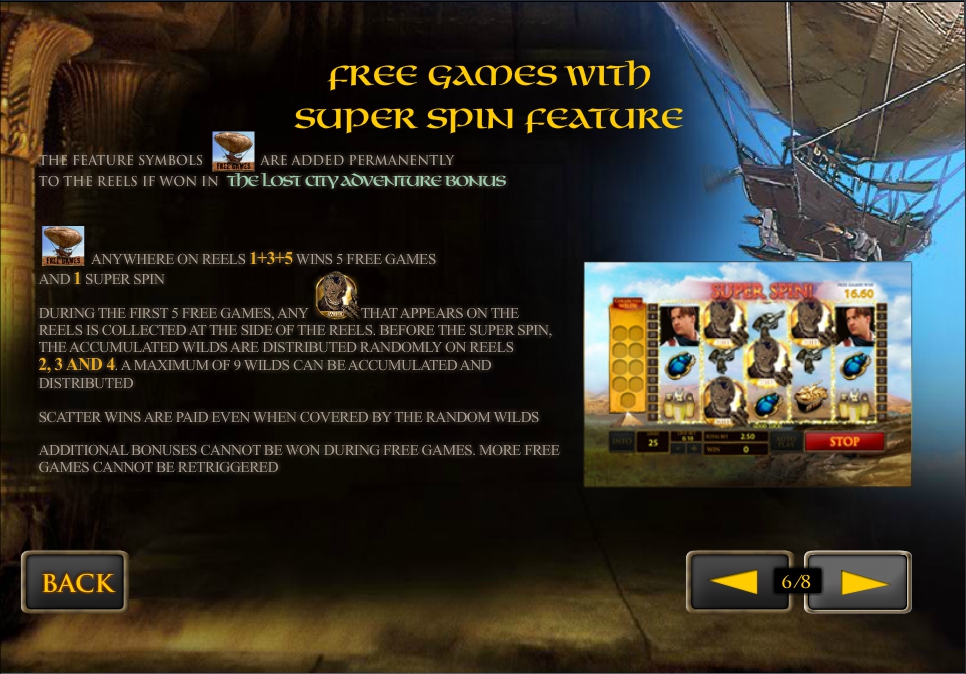 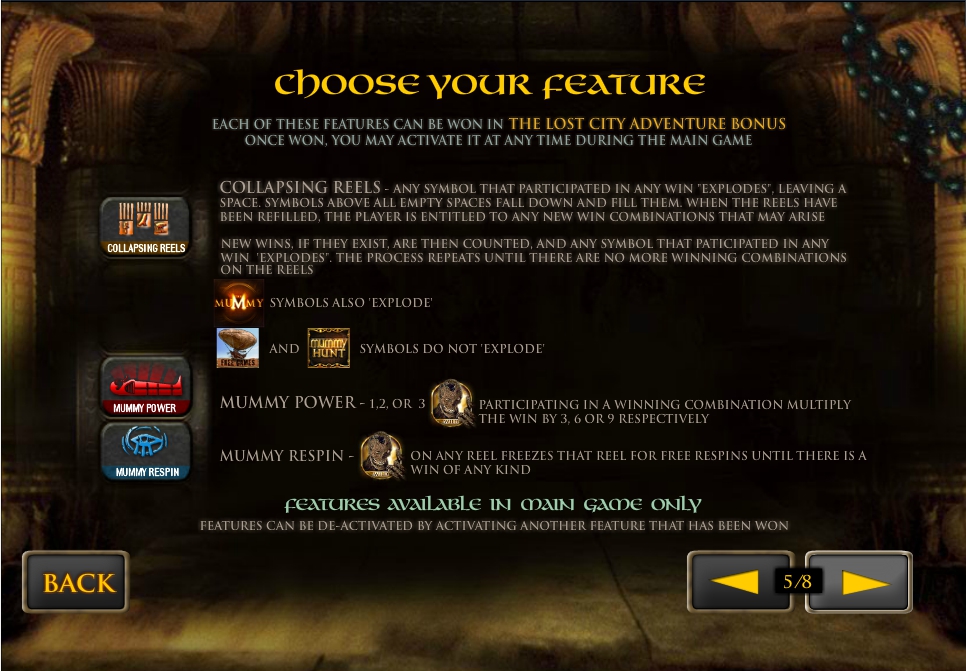 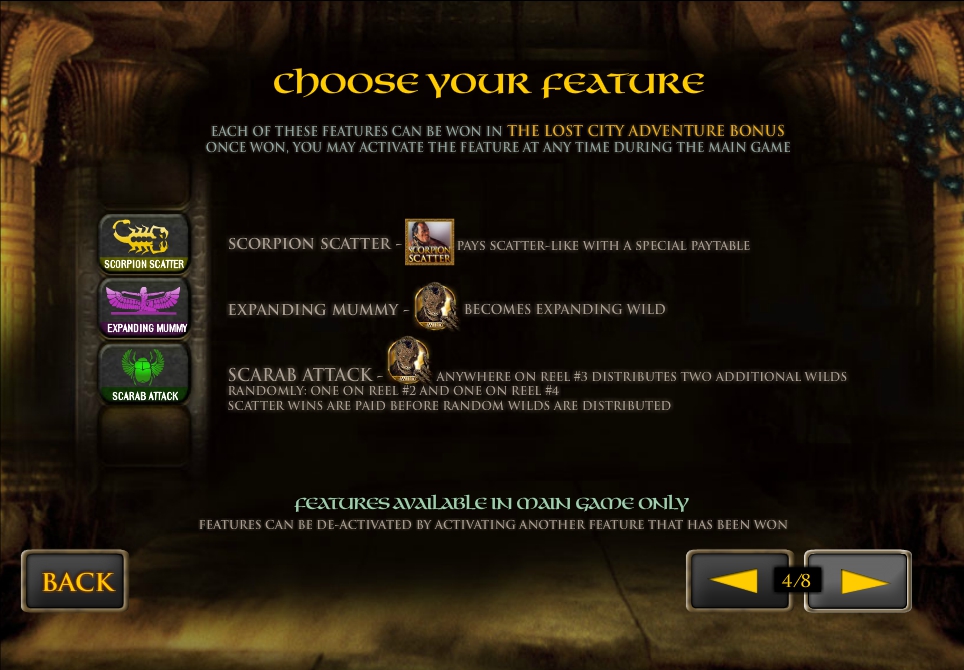 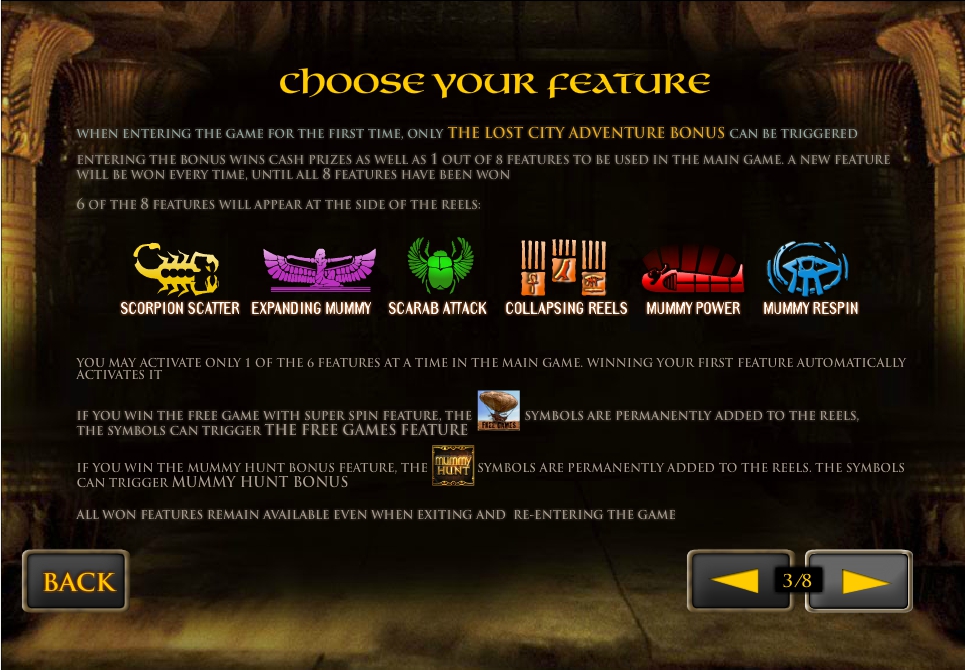 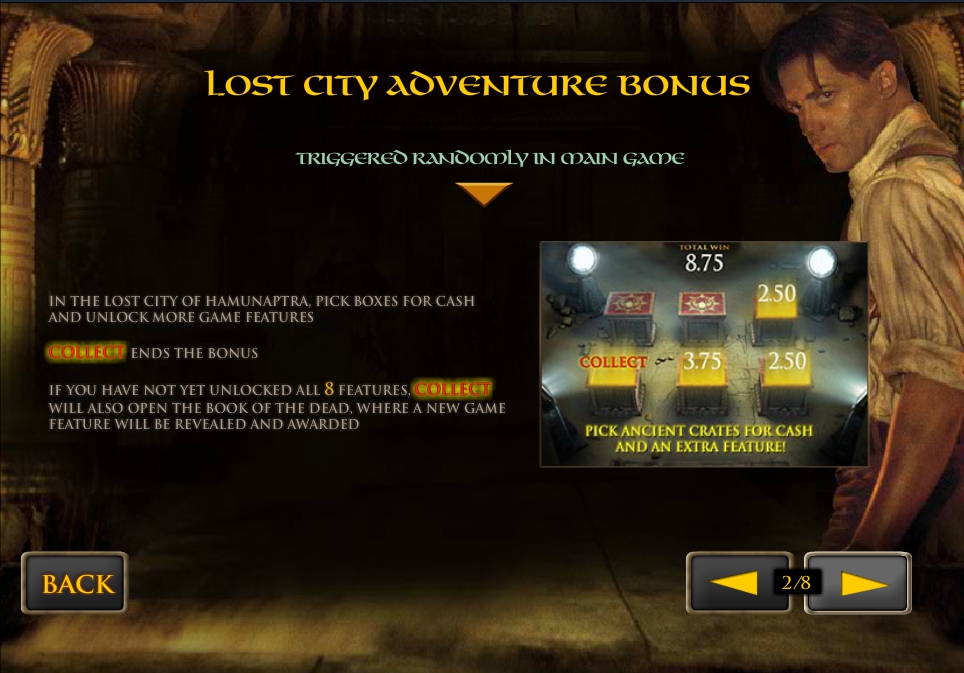 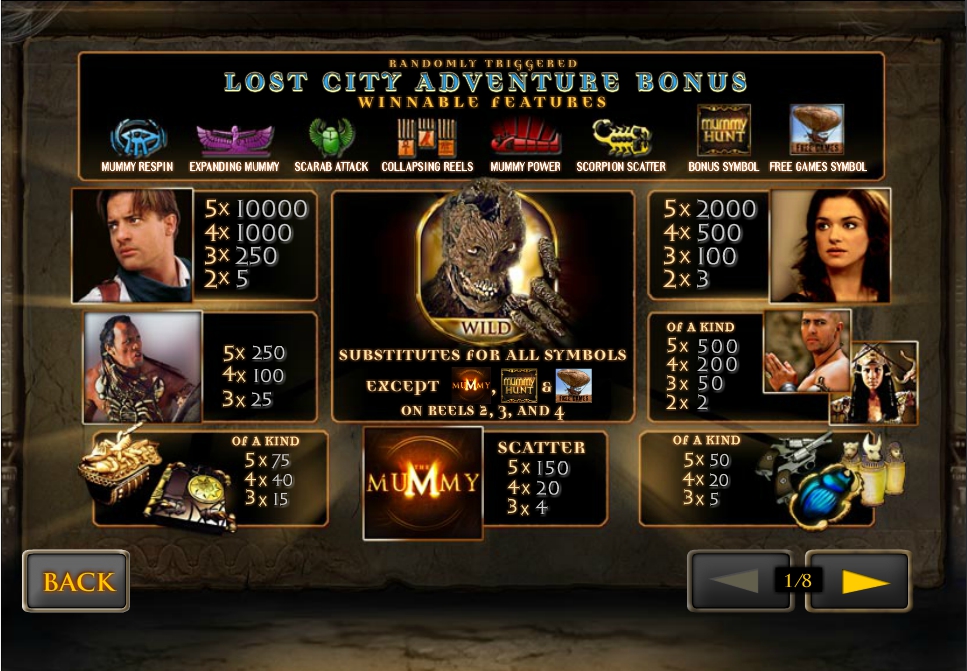 Online casino software developers create simple and enjoyable games for gamblers. One of the most popular themes in such games is, without doubt, ancient Egypt and different movies, dedicated to it. That is probably why the Mummy by Playtech is one of the best slots game available on the market today. It has amazing interface, enjoyable and simple gameplay, great music and graphic effect. Which is more important, it has not two or three bonus features, but six of them – and it is a great number for an online slot machine.

The Mummy is designed in the best traditions of online slot games. It features 5 reels and 20 pay lines. There are 125 coins and the coins range from 0.01 to 5.0. There are bonus rounds, wild and scatter symbols, as well as free spins and jackpot symbols. There is an auto play mode that makes this game even easier to play.
In order to start the game, you need to choose the size of your bet and the number of pay lines. Then you just press Spin or Auto play button and the game begins. Depending on how lucky you are, you can win up to 10 000 credits when playing this online slot machine game.

Six reasons to play the Mummy by Playtech

Playtech introduces even more features than all other casino software developers usually do. First, you can find the Scorpion Scatter Symbol which works as a multiplier and increases all your winnings. You will need a certain number of such scorpions to appear on the reels to activate this feature.
There are three different wild symbols of a mummy. One of them works as a stopper: whenever you get it the reel it is on will stop while all other reels will continue to spin. This will go on until the next winning combination. Another wild symbol of a mummy is a multiplier which triples the line bet, and if there are more than one of such symbols, you can win good credits. Finally, there is the expanding mummy symbol that covers the entire reel whenever it appears. You can turn this one into any symbol you need to get a winning sequence.
Then, there are the so-called collapsing reels. If you are lucky enough to get this feature, all of your winning symbols will explode again and again, until there are no more collapsing reels. With this amazing feature, your possibilities of winning real money are real great, because you can get more than just one winning sequence in a row.
Next, there is a feature called the scarab attack. When the scarab symbol appears on the third reel, you will also get such symbol on the fourth and the second reels. This increases your chances to win dramatically, and if you additionally get a mummy multiplier symbol, you will win big.

What you need to play the Mummy slot game

Playtech created one of the most enjoyable slot game you will ever play. It is a web browser game, which means you do not need to install it on your computer or mobile device. It needs broadband Internet connection, a web browser with the Adobe Flash Player installed in it (you will not be able to play the game without this extension!).
The software developer offers you a possibility to play this money for free, with no registration. This is an amazing option for novice players who are not familiar with the slot game rules. For those who have already played online casino games, there are pay-to-play version of the game that gives an opportunity to win real money.